Teeth don’t repair themselves like other body organs because teeth are made of enamel, which is the hardest substance in the entire human body. It also has a very high percentage of inorganic material within it. It doesn’t contain many proteins and cells, which are present in ample amounts in other parts of the body.

First of all, let me say that teeth actually can heal themselves… partially, at least.

Anatomy of a Tooth

A tooth may seem like a single entity, but as with any other part of the body, it’s not as simple as it may seem on the surface. A tooth actually comprises a number of components, but we’ll stick to those that are specifically relevant to our discussion.

The top, white (or yellow… or even black, if you only brush your teeth once a year) part of the tooth, i.e., the only part that’s usually visible, is called the crown. The shape of the crown determines the kind of work that particular tooth does; for instance, if it’s sharp and chiseled (the front teeth), then the tooth is used for cutting, whereas other shapes of teeth are better for other functions.

When people say that teeth can’t repair themselves, they are almost always referring to the crown. As such, our discussion mostly revolves around the crown of a tooth.

Layers in the crown of a tooth

There are three layers to the crown of a single tooth, namely enamel, dentin and pulp. 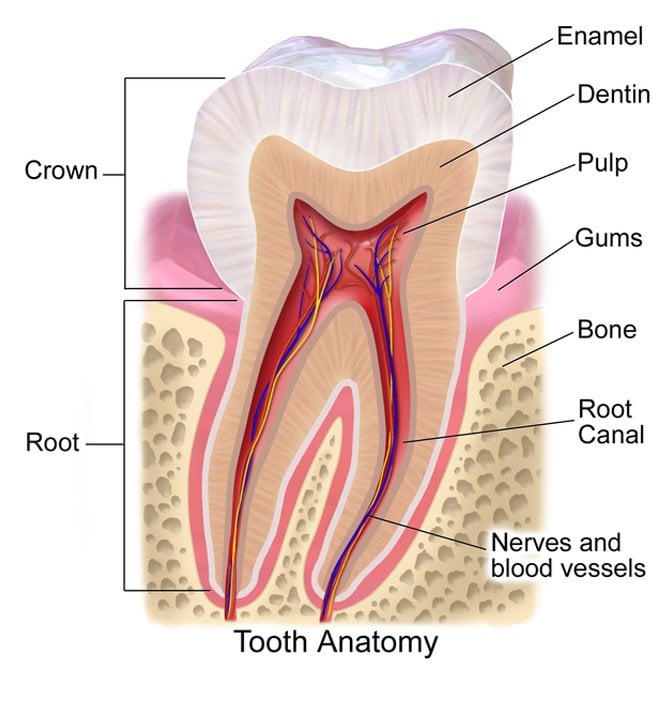 Enamel, the outermost layer of the crown, is formed by cells known as ameloblasts. These are present only during tooth development, and are responsible for depositing tooth enamel, which forms the surface of the crown. Since these ameloblasts die when teeth erupt and never ‘come back’, enamel cannot and does not repair itself.

However, the middle and the bottom levels, i.e., the dentin and the enamel pulp, are a different story.

The dentin is maintained by odontoblasts. An odontoblast is a cell of neural crest origin whose main biological purpose is to form dentin. These cells are present inside the pulp and permeate into the dentin through certain processes.

The case of ‘new’ dentin

A very interesting thing to note is that odontoblasts can lay down secondary and tertiary dentin (secreted very slowly over a lifetime) in response to a ‘hostile’ event, such as a bacterial assault on the tooth (tooth decay). Thus, if the pulp manages to lay down enough ‘new’ dentin, it can, in essence, prevent the exposure of the pulp, which is great, because pulp exposure usually needs to be fixed by an elaborate medical procedure or an extraction of the affected tooth.

Thus, it’s unfair to say that teeth don’t repair themselves at all. 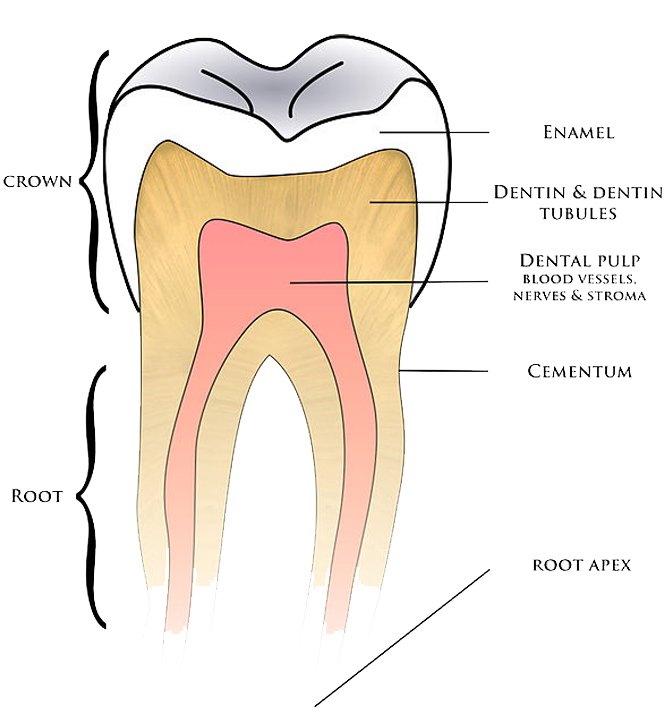 That being said, it should be noted that the aforementioned process does not really form ‘new’ dentin; it cannot grow a whole new area of dentin, but it can fill in small holes. It’s very similar to patching a small hole in a flat tire; you can close small holes in the tire using glue, but you obviously can’t form an entirely new tire using that glue.

So, there you go! Teeth don’t repair themselves like other body organs because teeth are made of enamel, which is the hardest substance in the entire human body. It also has a very high percentage of inorganic material within it. It doesn’t contain many proteins and cells, which are present in ample amounts in other parts of the body. That is why cells can provide some amount of repair work at the base of the roots of our teeth, but not fix major problems in the crowns of your teeth.

Fortunately, weak spots present in the enamel can be remineralized by fluoride, which is primarily why dentists recommend using a toothpaste that is rich in fluoride.

All in all, your teeth don’t repair themselves like the other parts of the body, so you must take extra care of your pearly whites. Basically, brush your teeth twice a day and put that bag of Skittles back where you found it! 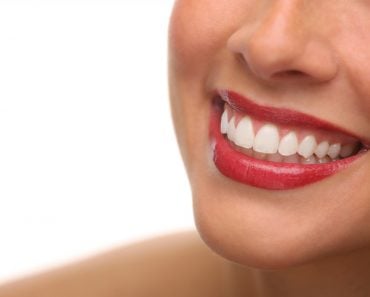