Some questions have common sense answers we learn over time. For example, ask any adult the answer of 2 times 2, and there is a minimal chance that they will say anything other than 4. However, ask most people the difference between Great Britain, Britain, and England, and they could probably tell you some dissimilarities, although I am not too sure they would answer correctly.

Then there are those questions, which at first glance seem quite simple, but become increasingly difficult the more you think about the details and possibilities. Do you know, for example, whether coconuts are fruits, nuts, or seeds?

First, the word “coconut” is derived from the 16th century Portuguese and Spanish word ‘coco,’ which means ‘skull’ or ‘head.’ It got its name from the uncanny similarity of the three indentations with the facial features of a human being. Coconut trees belong to the Arecaceae family, better known as the palm family. What makes coconuts such great edible items is that the different parts can be used for different purposes, in addition to their ubiquitous availability in tropical and subtropical regions across the world.

A coconut is different from any other fruit because it contains a considerable amount of ‘water’ inside it; this is why when a coconut, when not ripe, can be harvested for drinking. Upon ripening, it still contains some water, albeit a lesser amount. 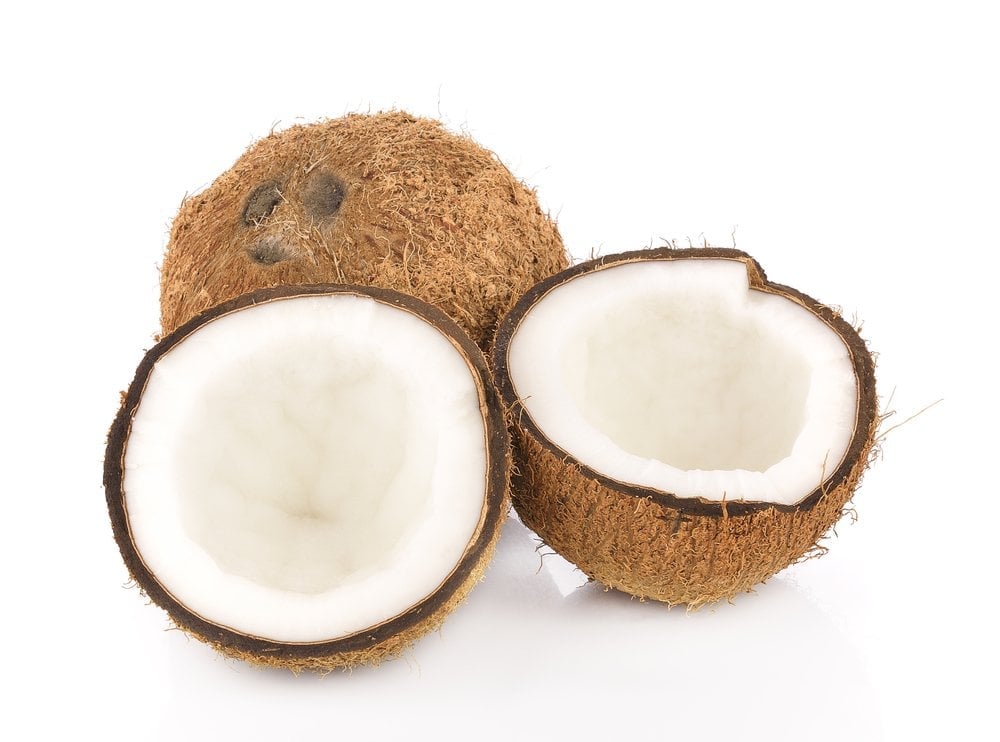 As a coconut ripens further, layers of endosperm are deposited on the insides of the walls of the coconut, making up the edible ‘flesh’ of coconuts. Therefore, coconut has many uses and applications throughout its various stages of development, which is why it is present in daily diets worldwide, in one form or another.

Is coconut a seed, fruit, or nut?

Some would say that a coconut is basically a nut, as the name ‘coconut’ might suggest, while others claim that it is a fruit or a seed. But what is the right answer here?

Interestingly, a coconut is all of these: a seed, a fruit, and a nut! Confused? Let me explain…

From a strictly botanical point of view, a coconut is a fibrous one-seeded drupe; in other words, a dry drupe. Now, you might think – what on earth is a drupe? A drupe is basically a fruit in which a fleshy part is encompassed by @the hardened outer part, which houses a seed inside. A drupe has three layers: the exocarp (the outermost ‘hardened’ layer), the mesocarp (the ‘fleshy’ middle part), and the endocarp (the hard layer surrounding the seed). Other examples of drupes are mangos, almonds, peaches, plums, and cherries.

A coconut, however, can also be called a seed since the seed is the reproductive part of a flowering plant. A seed is essentially a ‘baby plant.’ If you look at one end of a coconut, you see three black pores, also called ‘eyes.’ One of these pores gives rise to the sprout. Thus, a coconut is by definition also considered a seed.

Finally, it is also a nut, as a loose definition of a nut is nothing more than a one-seeded ‘fruit.’ This definition gives coconuts a dual identity, allowing them to be classified as fruits and nuts.

So, once and for all, a coconut can be a nut, a seed, and a fruit, and all at the same time. Now that we’ve resolved the identity crisis of our beloved coconut, it’s time to grab one and pop a piece in your mouth as a delicious, healthy reward!

So now do you know what exactly is a coconut?