“Common” means that everyone has something at their disposal that can be freely used by the common people as well as by educated and privileged people. “Sense” often refers to one of the senses of the body and its ability to perceive external stimuli.

People acquire different forms of knowledge; some are harder to understand than others and require decades of intensive study, while others are simple data that simply hit our brains and stick to them.

There are many other types of wisdom or senses, many of which are rare, while others are notoriously common.

If you are one of the many people reprimanded for lacking “common sense,” this article may be just what you need to read.

But anyway, regardless of why you are familiar with the term “common sense,” it seems only natural that you should understand it.

What is common sense?

By dividing the phrase into two words – “common” and “sense” – we can begin to get to the heart of the matter.

“Common” implies that there is something available to everyone that can be freely used by common people and educated and privileged people. “Sense” often refers to one of the body’s senses and its ability to perceive external stimuli, such as seeing, smelling, touching, etc.

Basically, “sense” refers to an understanding of something and recognizing an object based on past or present experiences. 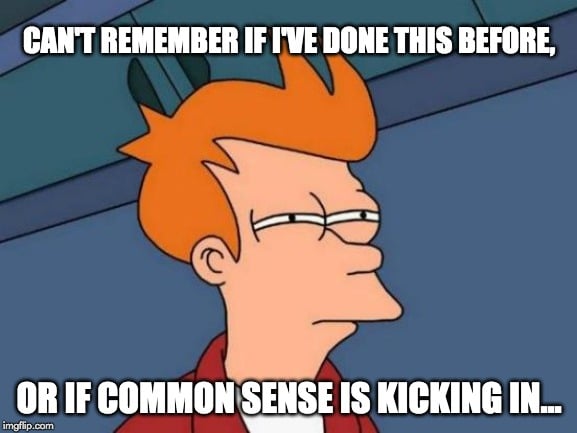 Put the two words together, and you get “an understanding that is widely available to everyone,” or generally available intelligence.

Different dictionaries and scholars have defined this foundational knowledge in different ways, ranging from “Sound and prudent judgment based on a simple perception of the situation or facts” (Merriam Webster) to “the faculty of self-evident truths” (Thomas Paine).

In history, in the time of Aristotle, common sense was considered an aspect of the animal soul and our ability to distinguish and identify physical things from ourselves – a combination of our senses and our rational mind.

In all of the definitions, from thousands of years ago to today, a common through-line is awareness. It suggests self-awareness and an awareness of others that facilitates our decision-making as we move through the world.

Making practical decisions and informed judgments based on the facts presented in reality is an example of “common sense.” Analyzing a scenario and making logical and clear decisions based on experience – leads to an optimal outcome. 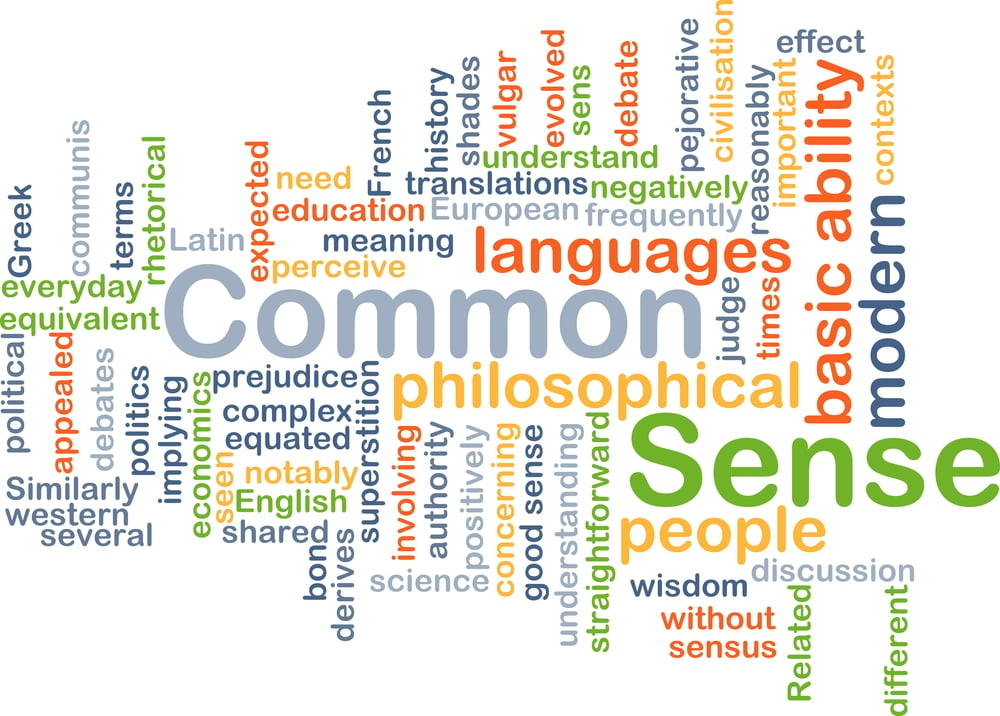 For example, if you are cooking dinner in a large pot and pick it up after it has been on the hob, you will burn yourself. If you do this, one might say that you lack “common sense”. It is widely known that metal objects conduct heat, and with even a rudimentary understanding of heat transfer and the process of cooking food, you would know that you require protection to avoid burning your hands when moving a hot metal pot.

Many people regard “common sense” as knowledge or ability acquired through experience, not an academic study. So, when a person does something that is considered “nonsensical,” it is argued that he lacks “common sense.”

They may never have encountered a particular situation and therefore do not know how to behave appropriately, but a “common sense” error can often be due to a lack of concentration, a momentary lapse in our unconscious brain.

Certain decisions do not need to be consciously debated; after repeated repetition of a certain scenario, our reaction or behavior becomes routine, which is a manifestation of “common sense.”

The limits of common sense

It is important to distinguish between wisdom and “common sense,” which is considered applicable only to practical matters, not to feelings or abstract concepts.

Wisdom increases with experience, but it also includes more subjective notions and judgments. There is no debate that walking through traffic is foolish and a threat to your safety; it is objectively dangerous and shows a lack of “common sense.”

However, there is no objective proof that leaving a comfortable job and taking a risk at a bigger opportunity is a “sensible” decision. Wisdom can help to inform the latter decision, but not “common sense”.

This can lead to conflict at any stage of life. Although “common sense” is regarded as generally available knowledge and practical application, since each individual’s experience is different, so is their understanding of and access to “common sense”.

One of the crucial problems with “common sense” is that it can sometimes rely too much on practical judgment and eliminate all emotion in decision-making.

Highly intelligent people are sometimes seen as blunt or lacking “common sense” because they insist on looking at everything from a logical and pragmatic perspective. Although a decision may seem “reasonable” on paper, situations require tact and context before an action can be taken.

For example, imagine discovering that your best friend’s boyfriend is cheating on her. Logic might argue that your friend should have this knowledge as soon as possible so that she can absorb this information and respond appropriately to it, whether this leads to a fight with her boyfriend or complete separation.

However, if you are sitting at a crowded table with your friends and family members when you receive this random message, it would be inappropriate to announce the revelation at this time.

Delaying the release of truth may not be logical or an objectively good idea, but based on the context and the emotional weight of the secret, “common sense” dictates that you would wait before sharing the bad news. 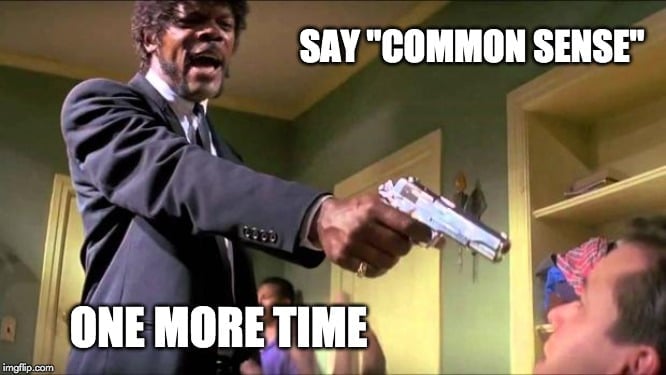 This means that while “common sense” applies primarily to social norms and generally available knowledge based on practical judgments, some consideration of context and boundary conditions is essential.

Research has shown that intelligence makes people better at supporting their own views and underpinning their beliefs with facts and research. Still, more basic intelligence does not make people more empathetic or receptive to the views/beliefs of others.

The Contradiction of Common Sense

As mentioned above, “common sense” is largely influenced by one’s own experiences in the world, but everyone’s experiences are limited and different, so the assumption that there is a baseline of rational intelligence that people share is incorrect; indeed, it seems impossible.

“Common sense” developed by a teenager in Cambodia’s rice fields will be very different from the “common sense” accumulated by a Bosnian immigrant growing up on the streets of South Boston or a closed LGBTQ individual in Russia.

As a result, the idea of “common sense” can also be dangerous and potentially isolating; if a piece of cultural or local knowledge is treated as “common sense,” an individual’s experience on the subject can be seriously distorted; what is “true” in one place may not be true or socially accepted elsewhere; the idea that some things are “common sense” can lead to entrenched beliefs, faith-based thinking, and a shift away from logic, facts, and practical judgment – the core of “common sense.”

If you are one of the few unfortunate people whose “common sense” has been criticized in the past, there are a few tactics you can use to try to improve your standing among peers, friends, or family.

Do you know what common sense is?