Seeds grow into larger plants through the process of germination. Germination requires optimum sunlight, temperature, water and air for the seed to turn into a plant.

Isn’t it amazing that a tree as tall as a building can emerge from just a tiny seed? Just as a human embryo contains all the genetic material that determines our development into full-grown adults, the embryo present inside a seed does the same thing!

Mother Nature is brilliant, and knows exactly when the seed is ready to start growing; if the time hasn’t arrived, it withholds its development during seed dormancy. A seed is formed by the flower of the plant during sexual reproduction, but let’s find out what happens after that!

Anatomy Of A Seed

The seed is made up of three parts: 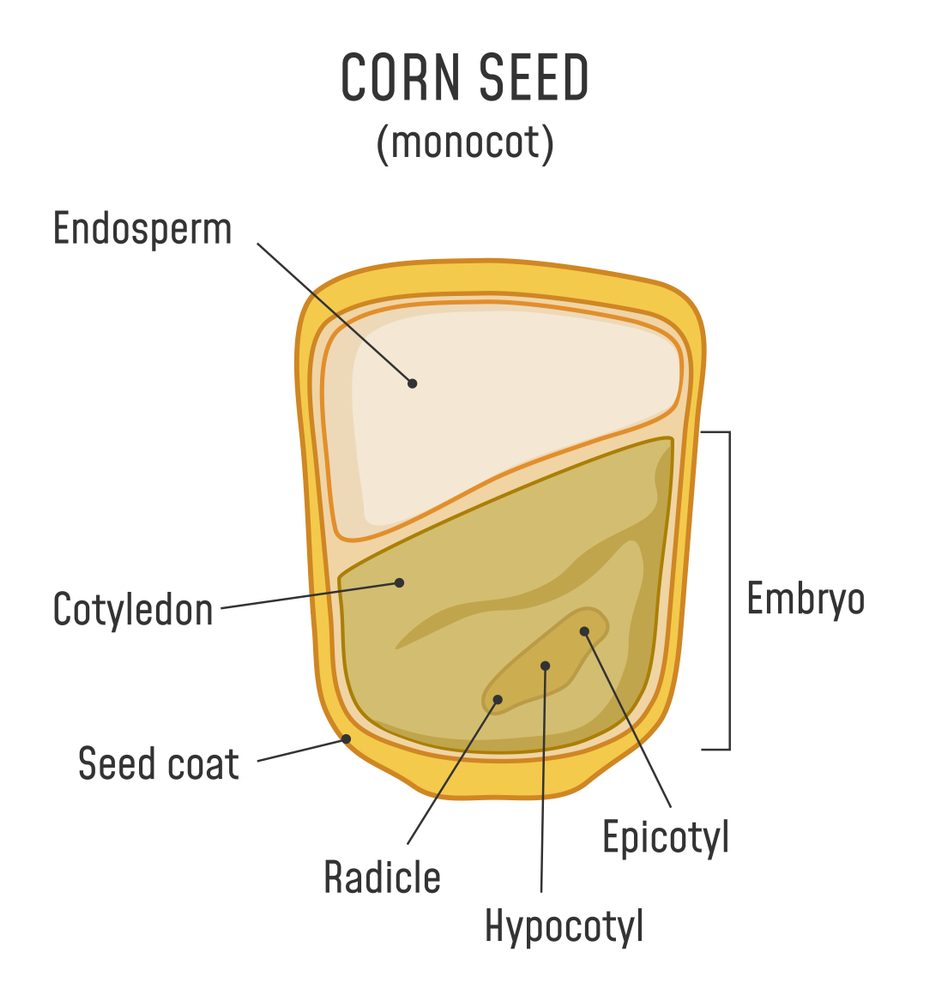 Germination and Its Requirements

The process of a seed turning into a plant (seedling) in the presence of optimum sunlight, air and water is known as germination. The seed can grow within its range of minimum and maximum temperatures. Any temperature beyond its given range can either damage the seeds or make them dormant.

If the soil is not porous, carbon dioxide won’t leave the seed and it will suffocate. When the optimum conditions are met, the seed absorbs more and more water (imbibition), swells up and bursts open!

How does the seed get food before the leaves appear?

As we all know, plants are the primary producers in the food chain. The leaves contain chlorophyll, which helps in photosynthesis (making food).

However, a seed that hasn’t grown any leaves yet manages to survive with the food (starch) stored inside the cotyledons of the seed. Once the seed bursts open, the root and the cotyledons are still present, while the seed coat falls in the soil and detaches itself from the plant. The cotyledons continue providing food to the baby plant until the leaves emerge and are capable of making their own food. 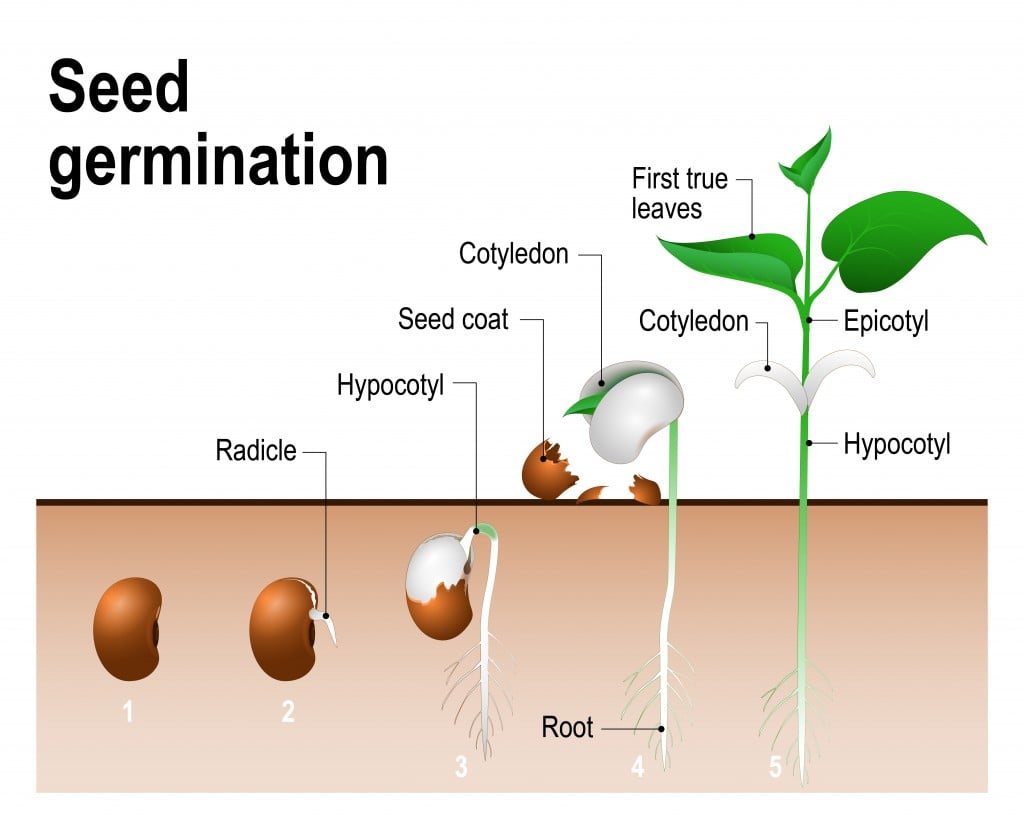 After the root, the hypocotyl and the epicotyl begin growing upwards to become the stem of the plant; the epicotyl becomes the first leaves. By the time the epicotyl emerges, the stem has reached above the ground and the leaves start to emerge. The cotyledons fall off, since their job is done and the plant is capable of making its own food. This completes the process of germination. Seeds come in many different shapes and sizes, and also have different requirements for growth. For example, some seeds might need more water or light than others.

Seed dormancy is the sleeping period of the seed, in which it does not germinate, even when the conditions are optimum. The reason for such a staggered germination pattern is to prevent herbivores from eating all the plants at once and to prevent the seeds from catching any virus that may have spread to other plants.

Plants also have hormones, just like us! Our hormones also activate at a certain time (puberty), at which point we emerge into adulthood. In the same way, plants have abscisic acid that inhibits germination, and gibberellin, which ends seed dormancy.

Why do some seeds take longer than others to germinate? 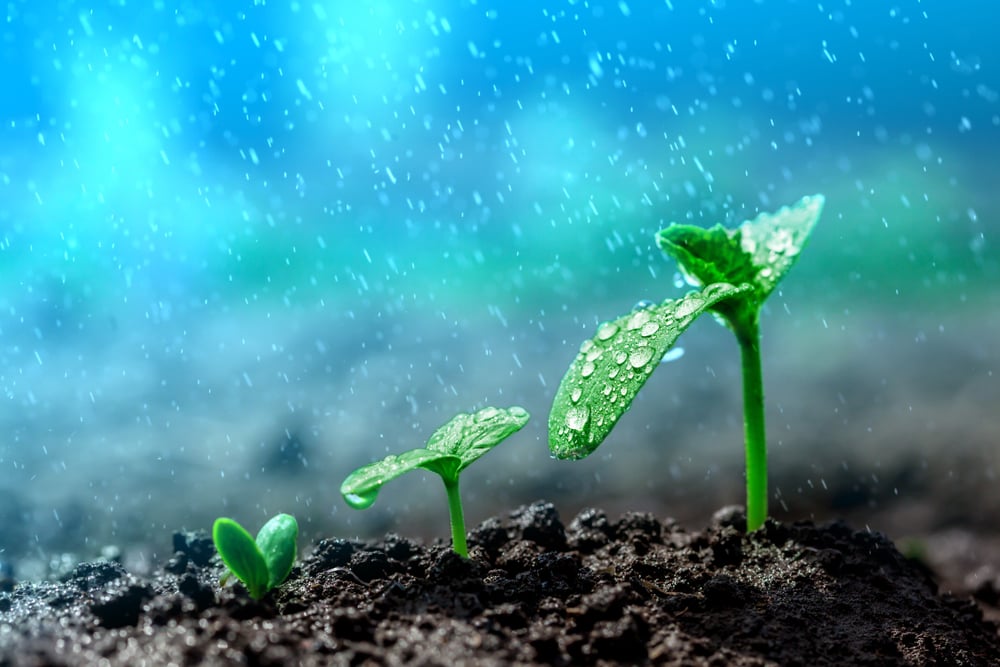 All seeds are not created equal; they differ in shape, size, color and requirements for survival. Some seeds have a harder seed coat than others, which takes more time to soften before bursting open. Such seeds must absorb more water to soften the seed coat, which slows germination.

During certain seasons, such as fall and winter, when the soil is too cold, the seed goes into dormancy and only germinates in spring and winter. If the seed is planted too deep, all the energy and food stored in the cotyledon will be used up before the shoot can emerge from the ground. If the soil isn’t watered enough, the seed will dehydrate and die. Finally, if there is too much water, it will suffocate and die due to a lack of oxygen.

Thus, seeds have requirements that must be fulfilled at an optimum level. Any condition outside this optimum range may result in the death of the seed. Every seed has a massive responsibility to turn into a giant tree or life-giving plant, so all the ideal conditions must be fulfilled. Looks like humans aren’t the only species who can be a bit high maintenance!