For dogs, sticking their heads out of a car window allows them to see, and more importantly, smell their environment. Dogs are adventurous animals, so being able to experience new sights, sounds and smells makes them happy.

Dogs enjoy many things—belly rubs, frisbees, and chewing on your shoes. A satisfying scratch, a loving nuzzle and an energetic session of play make your dog feel loved and cared for. A dog’s way of getting to know you and eventually trust you is all about acquainting itself with your scent (through stinky socks or anything else).

However, there is another pleasure that many dogs enjoy—sticking their heads and tongues out of the car window while you drive.

Perhaps you just think that dogs are enjoying the wind on their faces and delighting in the scenic landscape, but that is an insight clearly drawn from a human’s perspective. Dogs are certainly “taking in” the scenery, just not in the way you may think. 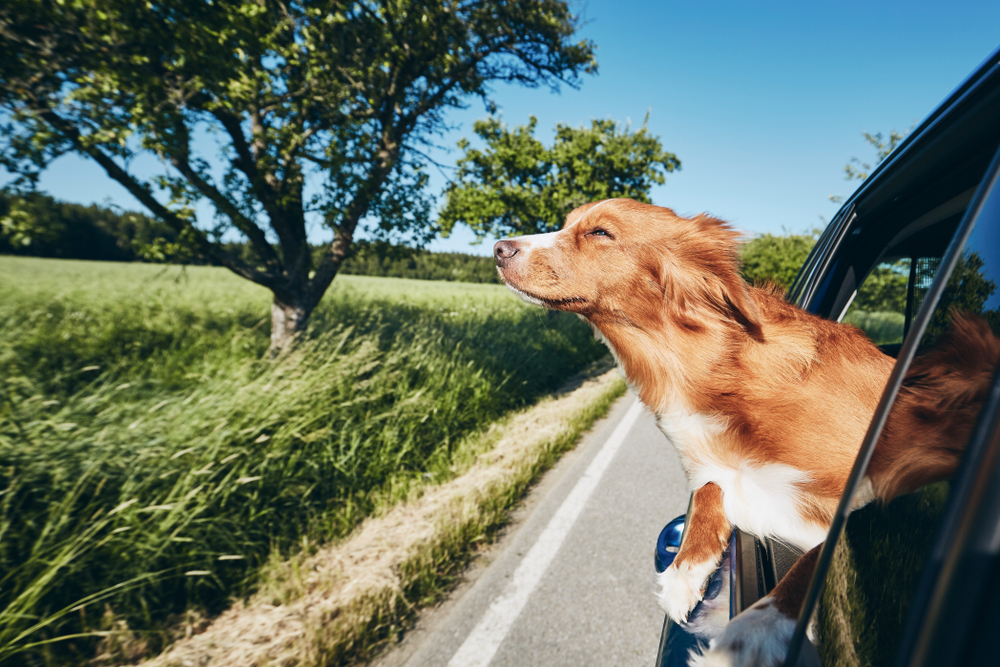 Dogs Experience The World Through Their Sense Of Smell

There’s a good reason why dogs are enlisted for detecting drugs, disease, and rotten produce—dogs have an incredible sense of smell. How good? How about 10,000 times better than humans!

You and I might sniff the hint of saffron in a curry, but a dog could sniff out that hint of saffron even if it were inside an Olympic-sized swimming pool (of water, not curry). They can sniff out a “needle in a haystack” without missing a beat.

A pooch with a well-trained sense of smell can achieve very impressive feats. Those scenes in crime dramas where a dog finds a missing person after having sniffed at some of their clothes is completely true. Search and rescue dogs can help find patients who have wandered off or those who are lost due to natural disasters. Imagine being able to “see” over 2,000 miles (more than 3000 km) around you. That’s how good a dog can sniff! 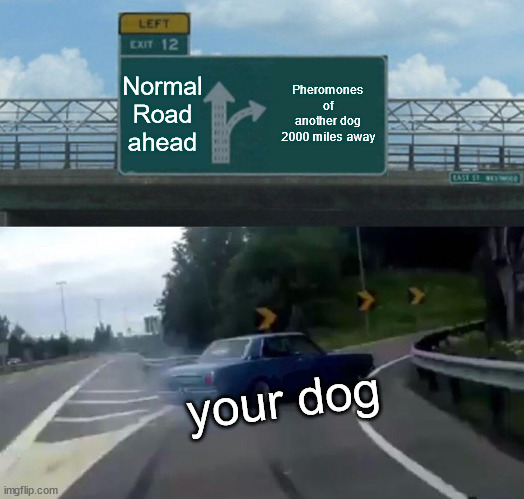 There are pros to good smell, and then there are cons.

Anatomy Of How A Dog Smells

Cruising down the highway, your pooch may have her head poking out of the cracked window. She looks carefree, with the wind on her face, blowing back her hair. She’s looking up at the blue sky, as though she’s basking in the pleasure of the experience.

That’s a nice image, but in fact, she’s actually letting the air waft up her nose.

As air wafts into a dog’s nose, it can take one of three paths—the upper, middle or lower passage. The upper passage is designated for smelling, while the lower passages mainly serve for respiration.

The upper smelling portion is specialized, like a fancy James Bond gadget, to smell with the utmost efficiency. The passage is like a convoluted labyrinth, as shown below. The air, with all its odiferous compounds, drifts through the coils, encountering the almost 300 million olfactory receptors in the epithelial cell layer of the nose. This labyrinthine structure greatly increases the surface area for smelling so dogs don’t miss out on the nuance of an aroma!

For humans, there is one long connected nasal passageway. Deeper in our nose is where our smelling capabilities lie, so smelling and breathing go hand in hand… or nostril in nostril.

Speaking of nostrils, dogs can operate their two nostrils separately. This distinction is so sensitive that dogs can figure out whether a scent is coming from the left or right, depending on which nostril detects more of the scent!

The labyrinth-like structure even helps a dog retain a sense of the smell well after the scent is gone from the air.

The olfactory receptors will then relay information to the smelling portion of the brain—the olfactory cortex. A dog’s olfactory cortex is 40 times larger than ours. This abundance of connections helps your pup remember the unique scent signatures of different localities. So, while you might equate a neighborhood with a particularly grand mansion, your dog might equate that same neighborhood with the smell of roast chicken being cooked inside the mansion.

This is why it makes sense to say that dogs “see with their noses”, but noses aren’t the only things involved!

Dogs Enjoy The Scenery Through Windows

The smells inside a car are pretty boring. It’s like watching a rerun of the same show for the 10th time in a row. It’s the same old smells of your owners, their tacky car freshener, and the occasional fart. However, outside the window is an entire catalogue of experiences waiting to be discovered, and these new scents can fuel the adventurous spirits of dogs

Along with smell, dogs are probably seeing and appreciating the scenery. Though not as developed, dogs do use their eyes to understand the world. All the senses work together to create the entire picture. 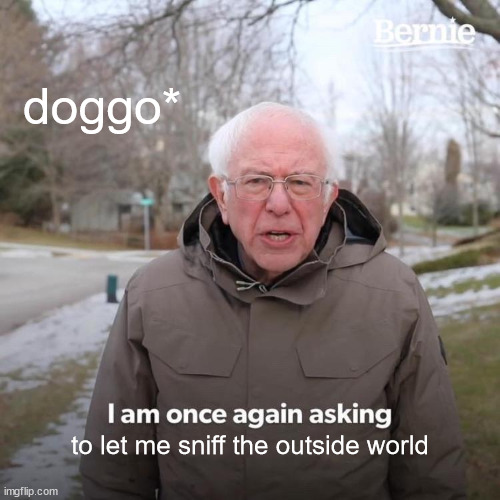 I’m sorry for this meme if your dog’s name is actually Bernie or Sanders.

These new sights and sounds from outside the car window let a dog feel more in control. They can smell and see their new surroundings, which lets them make sense of their world.

And, not to forget, there’s a definite sense of freedom and thrill from letting the breeze run through your fur, I mean, face, to which almost anyone can relate.

That being said, not all dogs are the same. Some might only poke their muzzle out, while others will put their paws up on the window to get a full, aroma-rich blast of air past their snout! 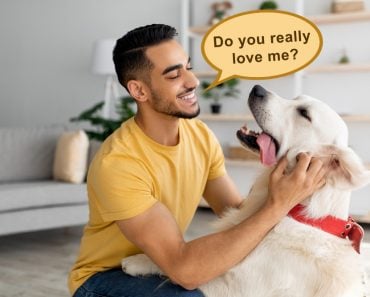 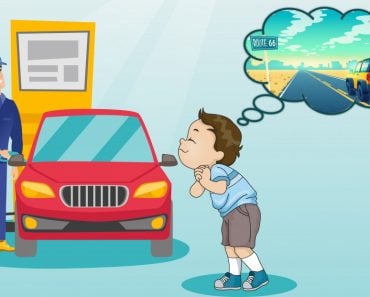