When we are exposed to a smell constantly, like that of the perfume we are wearing, our nose gets used to the smell and stops noticing the smell. This is called nose blindness. Smelling something else might help you resmell your perfume.

It’s probably happened many times before – you buy an expensive, much-hyped perfume from some swanky outlet to wear on an all-important occasion. When the day arrives and you actually spray it on yourself, you feel ecstatic. However, after a few minutes, that pleasurable scent seems to vanish from your body!

There are innumerable instances when this rather strange phenomenon happens. For example, perhaps you’ve entered an acquaintance’s house (whom you don’t know that well), and a distinctive smell of urine flutters through your nostrils, and you know instantly, without their telling you, that… there’s a kid in the house.

However, as you sit down for dinner, you no longer smell anything out of the ordinary in the aroma of the house. Where did the smell of urine go? Did the newborn baby go out for a walk all by himself?

Probably not. What has happened is that you ‘got used to the smell’.

Why Do We Feel The “Urge To Jump”?

Nose Blindness: Our Noses Get Used To The Scent Of Our Perfume

Pamela Dalton, a cognitive psychologist at Monell Chemical Senses Center, who has spent more than 20 years of her life researching scent memory and “nose blindness”, claims that the idea of your nose getting used to a particular smell is quite valid and has played an instrumental role in how humans have evolved over tens of thousands of years.

The process of smelling is pretty straightforward; when you first smell a scent, the smell receptors in your nose transmit a signal to the limbic system of your brain. There, how the smell is going to be perceived will be decided, which obviously affects how you are going to feel about the particular smell. However, as you continue to stay in the presence of that smell, your brain becomes used to the smell, and you gradually stop noticing that aroma.

Take a moment right now. Literally, stop reading this and smell your surroundings… do you smell anything unusual? Probably not, because your brain has gotten used to whatever smell is around you. 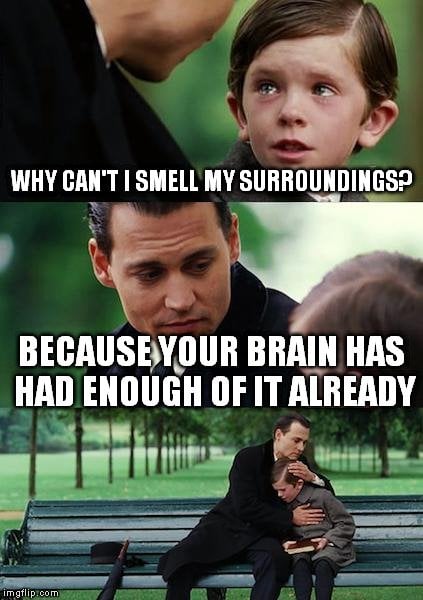 Scientists don’t really know why our brain becomes accustomed to a particular smell so quickly, but what they do know is that it happens to everyone. Pamela Dalton, in fact, carried out a little study wherein she gave a pine-scented air-freshener to the participants for three weeks. After using it for a few days, many of them asked, “Are you sure it’s still working?”

This is the reason why humans pick up on strange or new smells so quickly. This same trait gave humans an edge when tackling life-threatening situations, such as withstanding a predator’s attack, finding food where it was not readily available, and so on.

How To ‘Clear Your Nose’ Of A Smell

Since the human nose gets used to particular smells quickly (in a few breaths, according to Dalton), it becomes extremely important for perfume-sellers that the noses of their potential clients are cleared before they smell each different perfume. 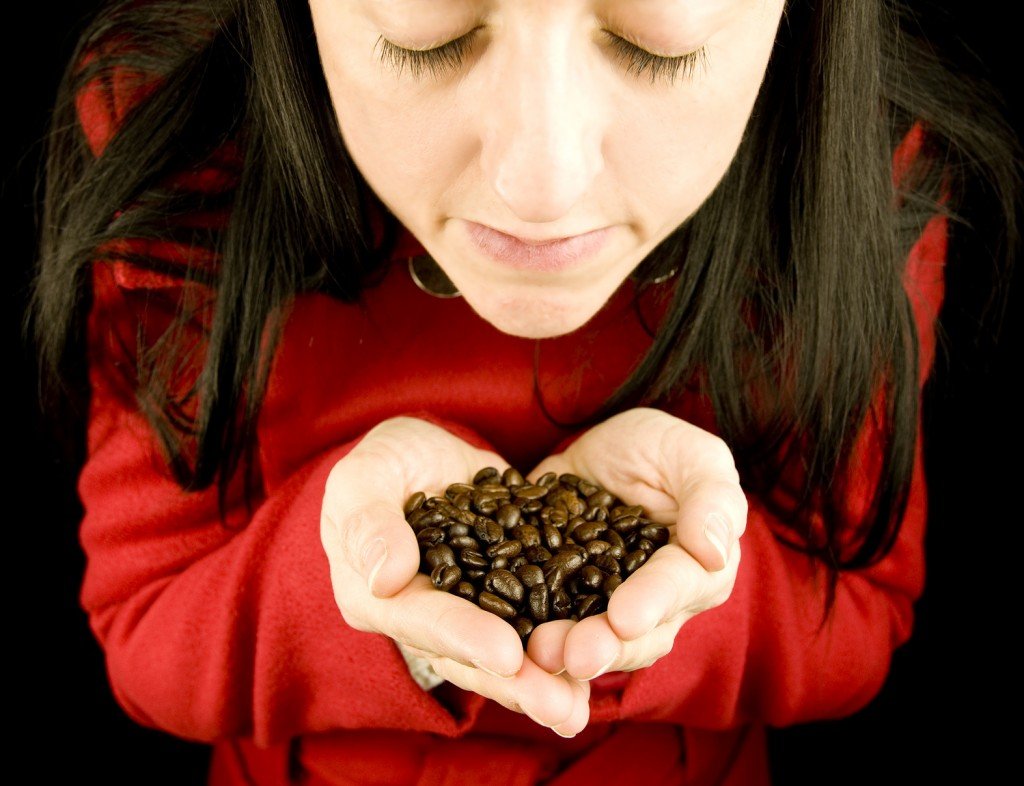 Coffee beans help to clear your nose of any existing scents

Next, when you’re wearing an exquisite perfume and wondering why you can’t seem to smell the fragrance, a few coffee beans may help you get a fresh whiff so you know that you’re still smelling great!

Do you know why you cannot smell perfume on your body?