Blue jays are omnivores with a very diverse diet, ranging from nuts, seeds and acorns to bugs, caterpillars, other birds’ eggs and leftover scraps from humans!

If you have ever taken a leisurely stroll through the springtime woods in the eastern or central regions of the United States, then you know how rich the natural landscape can be. Covered in lush greenery and teeming with life, even the air is filled with the sound of local creatures. On that same walk, you may remember a flash of cerulean blue from the corner of your eye–a blue jay! Known as some of the most intelligent and resourceful birds in nature, blue jays have a recognizable call, an unmissable color, a strong personality and unique dietary patterns. So… what exactly do blue jays eat?

Blue jays are small corvids (of the family Corvidae) bearing the scientific name Cyanocitta cristata.  If you’ve never seen a blue jay in real life, you have almost certainly seen a picture, as they are quite photogenic and difficult to miss! They are strikingly beautiful birds with a bright blue head/crest, wings and tail, boldly declaring their presence with a familiar “Jay! Jay!” call, though they can also mimic hawks and other birds of prey with different calls.

These birds are about the size of a teacup, weighing between 2 and 4 ounces, and adults range between 9-12 inches from beak to tail. Found throughout the central and northern United States, migration patterns may also carry them into the northwest for certain parts of the year. Speaking of migration, blue jays are quite unpredictable; some individuals will winter in all parts of their annual range, unlike Canadian geese, for example, who all make some level of migration. Even the same blue jay individuals and families will be inconsistent in their migrating, making a long journey one year, and then staying put the next! 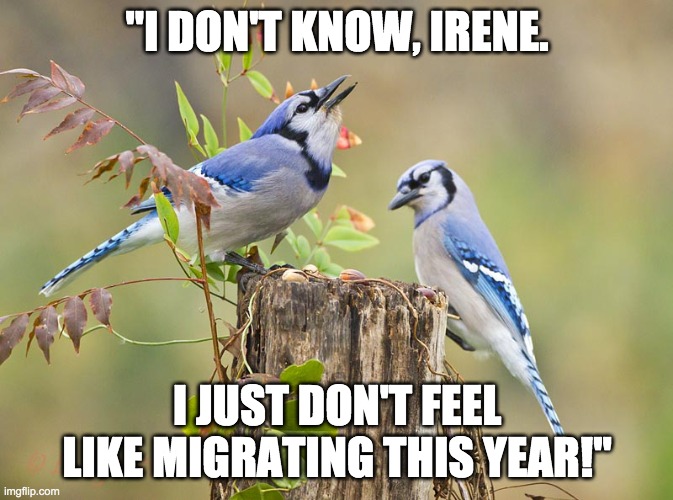 These are social birds, but prefer smaller groups, often forming monogamous partnerships and family groups, or small flocks of up to 250 birds (particularly during migration). Blue jays are extremely smart, like others in the Corvidae family (i.e., ravens and crows), displaying problem-solving skills, ingenuity in feeding strategies, and excellent defensive measures. Blue jays are slow in flight, making them an easy target for birds of prey; however, their hawk-mimicking call may serve as a warning system for other members of the species as soon as a predator is spotted. Their intelligence may be connected to their unusually long life span. While most medium-sized birds have a life expectancy between 5-7 years, the oldest blue jay to date was nearly 27 years old!

Not only are these birds eye-catching and clever, but they are also fiercely territorial, and aren’t afraid to gang up on imposters and invaders to their spaces. Backyard bird enthusiasts often dislike blue jays because they can bully other smaller birds, preventing them from accessing feeders.

These long-lived, tough and intelligent birds need a lot of energy for all their activities, so it makes sense that their diet is so flexible! Blue jays are omnivores, meaning they eat both animals and plants, and depending on the accessibility of food and the season, an individual bird’s diet may fluctuate widely over the course of the year.

Also Read: What Do Fox Eat? 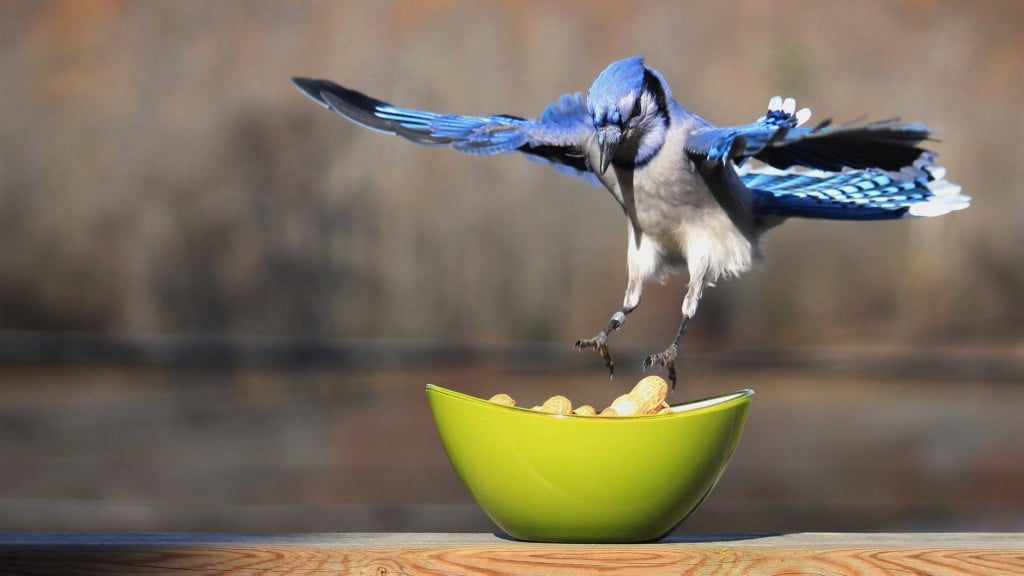 In terms of their plant preference, blue jays will seek out seeds, nuts and acorns—energy-rich and widely available. In some cases, these birds will also bury acorns they find, but may not return to retrieve the meal, thus helping to facilitate forest growth. Blue jays are opportunistic, so a bird feeder in their area filled with seeds will be a popular and low-effort source of food.

They also fill out their diet with caterpillars, worms and other insects, but what sets these birds apart is their predilection for eating other eggs and newly hatched birds. As mentioned, these are very territorial birds, so other nests in their area are vulnerable to blue jay attacks, or kidnapping/consumption of young nestlings. Some birds in blue jay territories will deposit their eggs in a blue jay nest (often cowbirds), hoping for some free parenting for their offspring, but blue jays are difficult to fool. Rather than treating the egg as their own, they will recognize the imposter and enjoy it as a very nutritious meal! 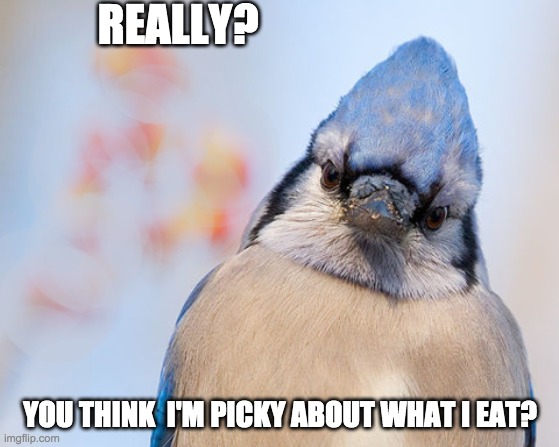 Their final source of food is none other than human beings, who not only have a lot of delicious resources, but are quite irresponsible with them! Farmers have often reported seeing blue jays waiting for seeds to be thrown out before coming in for a feast. These clever birds will also swoop down and snatch up food from picnic tables once your back is turned. They can learn and adapt to human food very rapidly, and will boldly seek it out once they’ve been introduced. Whether it is chips, bread, fruit, candy and anything in between, blue jays will try to steal a snack when possible.

It has been shown that blue jays have remarkable visual acuity and a heightened ability to differentiate between types of objects and foods; this means they can work quickly to find food. There have even been limited examples of tool-using in blue jays, a common measurement of cognitive ability in animals.

If anything clearly proves the intelligence of these birds, it is their prowess in always finding some type of food source!

Blue jays are not only some of the prettiest birds in North America, but also some of the most intelligent, daring and resourceful! Their diets vary widely, so they always seem to keep themselves fed, whether it is the grubs and creep-crawlies in the ground, the seeds from a nearby harvest, or the leftover bits from a picnic in the park. Unlike some birds who stubbornly stick with a limited dietary resource, blue jays seem to have an appetite for anything! 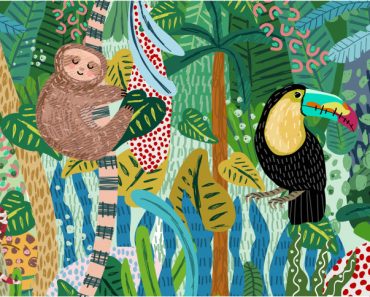 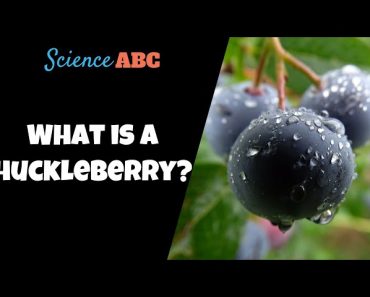