Piranhas, as a matter of fact, are more commonly scavengers than hunters. They tend to attack dead meat, rather than live animals. Humans aren’t even a part of the piranha’s normal diet.

Piranhas have become a fascination in popular culture like no other fish in history. From being the favorite weapon of a typical James Bond villain to having an entire horror franchise to its name, the image of swarming bloodthirsty piranhas eager to devour a human to shreds is a classic Hollywood trope. However, are real piranhas as dangerous as Hollywood directors want us to believe? Can piranhas truly strip a living being down to its bones?

Well, yes and no. Now, let’s see which of the popular claims regarding piranhas are true.

There certainly have been cases of human bodies washing up onshore after being mutilated by piranha bites. However, don’t jump to any conclusions yet! There is more to the story…

Piranhas, as a matter of fact, are more commonly scavengers than hunters. They tend to attack dead meat, rather than live animals. Humans aren’t even a part of the piranha’s normal diet.

To prove this point, fish expert Dr. Axelrod entered a pool full of piranhas wearing only his swimming trunks. While still in the pool, he fed the piranhas a piece of meat dangling from a fishhook. The piranhas immediately attacked the meat, but none of them bothered Dr. Axelrod. This goes to show how piranhas view humans not as prey necessarily, but rather as a source of danger. 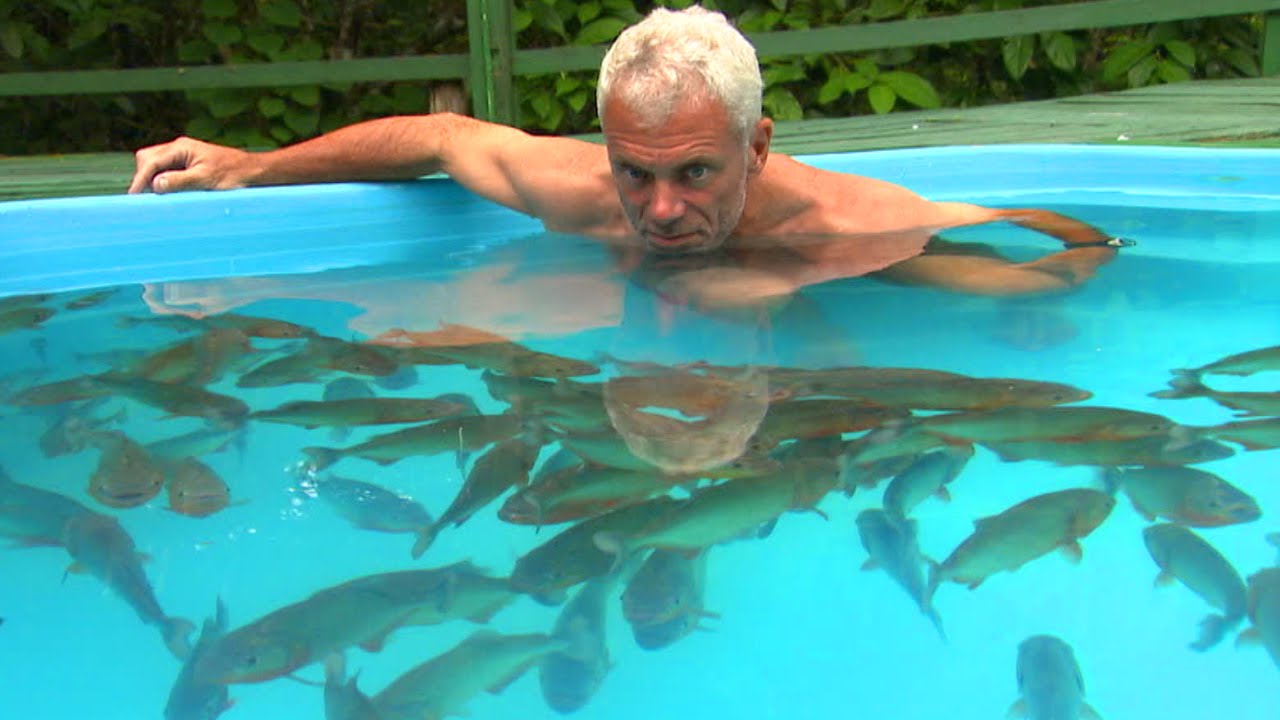 From an episode of River Monsters

What about the mutilated corpses then? After studying each of these cases, Mr. Ivan Sazima, a Brazilian researcher, concluded that the instances of piranhas attacking human bodies have almost certainly been after they’ve already been dead. People die in Amazonian waters all the time for a number of reasons, such as drowning or epilepsy. Once dead, piranhas swoop in to attack the dead bodies.

So Is It Safe To Swim With Piranhas?

Not quite. You see, like every animal on this planet, piranhas will defend themselves when threatened. It is always difficult to anticipate what will evoke a fight-or-flight response in fish, so it makes sense to stay away from any piranha infestation. In case you do end up being in the same waters as piranhas, just remember not to make a lot of noise by splashing around. Piranhas have no inclination to attack any living human being without provocation. Piranhas that are swimming freely don’t have any reason to attack humans.

However, a piranha caught in a fishing net is sure to cause trouble to whatever approaches it. The fact remains that most survivors of piranha attacks usually get away with nothing more than a bite or two on their feet or legs, accompanied by several other factors, such as a fisherman gutting other fish nearby.

So What Do Piranhas Eat?

Mostly, piranhas eat the fins and scales of fish passing by, along with, as previously discussed, the dead meat of any animal that ends up in the water. There are some species that do attack live animals, but usually only animals that are around the size of chicken. This is not because the piranhas are incapable of ripping meat apart, but rather because it would simply be inefficient. If a dead chicken is thrown into the water with piranhas, at the end of a whole day, the chicken would still have enough meat on its bones to feed a family of four.

Experts have estimated that to strip the flesh of an average human to the bones in 5 minutes (exactly the same way it is popularly portrayed in films), around 300 to 500 piranha fish would be required. Of course, you would never find a swarm that large occurring naturally in the environment. As a matter of fact, the reason piranhas live in packs is not actually an offensive strategy. A school of piranhas are not bound together because they wish to consume meat in record time. They do so as a means of defense against predators.

An interesting note to add is that some species of piranha are actually vegetarian! Some piranha are omnivorous, eating more seeds than meat. Some others subsist entirely on the consumption of tiny plants and algae. 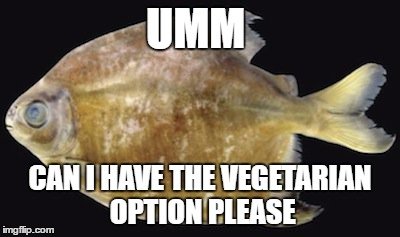 In general, most piranhas are shy and not that aggressive. In fact, they don’t even fully trust each other. That’s the reason if too many piranhas are kept in the same tank, they become more skittish and dart all around the tank. Here’s an interesting fact – when a piranha is put in a new tank, it may act very wild and bash into the tank or even play dead! However, this is considered normal behavior of newly-bought piranhas, and it only lasts till the time they adjust to their new surroundings. (Source)

Clearly, piranhas are not nearly as scary as people are led to believe. News channels love to sensationalize piranha attacks to take advantage of our preconceived notions. These are mere exaggerations, though. To local populations, piranhas are as scary as a pack of crows are to us. Just because they are armed with sharp weapons capable of tearing through flesh doesn’t mean that we’re in any danger from them. 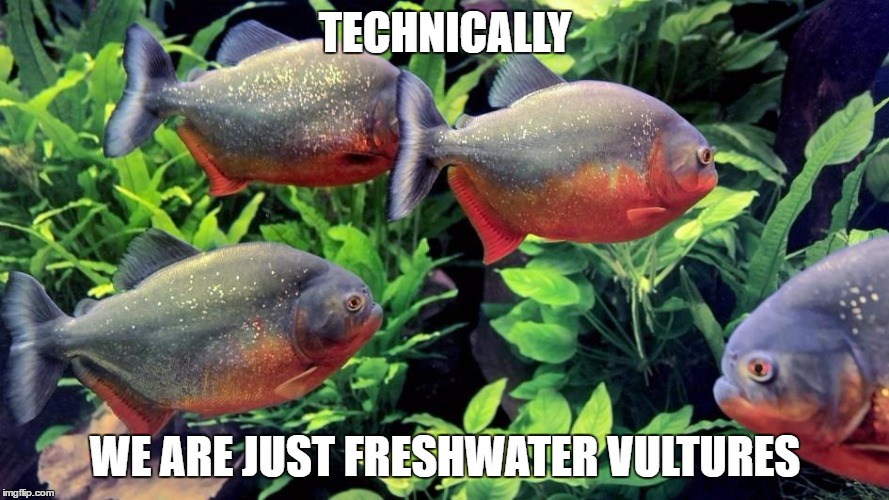 How well do you know the piranhas?