You may have seen in movies that when people are in remote locations and want to contact someone (for help, for seeking/providing information etc.), they pluck their ‘sat phones’ from their gear and contact whoever they want. These sat-phones are quite commonly used during military and search and rescue operations in geographically ‘difficult’ places. 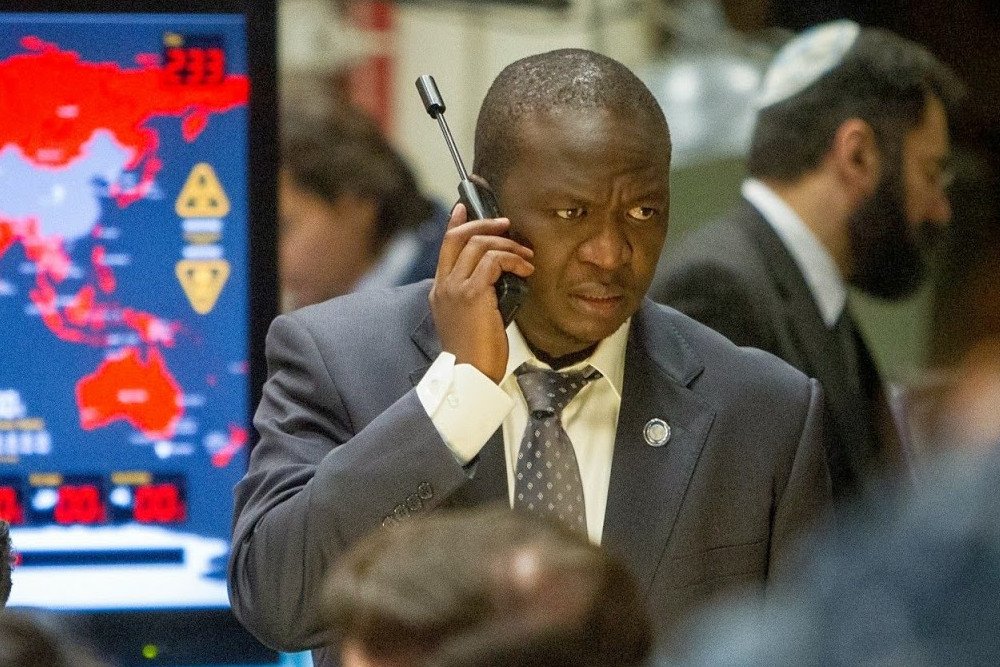 The reason they are used in such critical situations is pretty simple: they are known for providing near-universal coverage, i.e., they can connect you to the other side of the planet in seconds, regardless of whether you are riding in an armored vehicle, sailing in a ship somewhere in the Atlantic or even flying in a commercial jet thousands of feet off the ground.

While regular cell phones can also help you connect with someone sitting thousands of miles away, they are rendered useless in particularly remote locations (and are therefore not the devices of choice for crucial military operations). 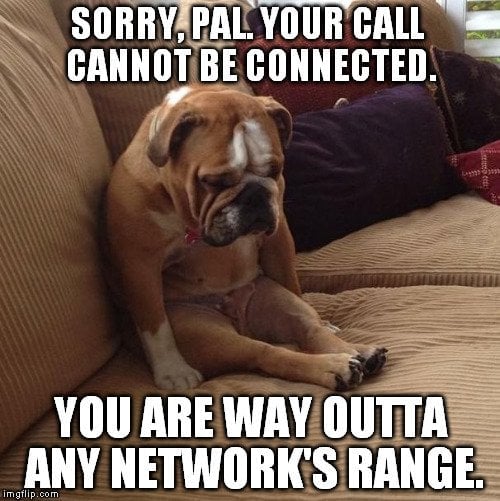 ​The question is, if satellite phones are so good that they provide near universal coverage and can help you connect to someone on the other side of the globe in seconds, then why haven’t they become the norm? In other words, why don’t you see people toting satellite phones in their pockets instead of smartphones? Why aren’t satellite phones more popular?

In order to answer that, you need to understand a thing or two about satellite phones.

What Are Satellite Phones?

A satellite phone is a mobile phone that helps you communicate (through voice calls or short messages) by connecting to orbiting satellites instead of terrestrial cell phone towers (cell sites). 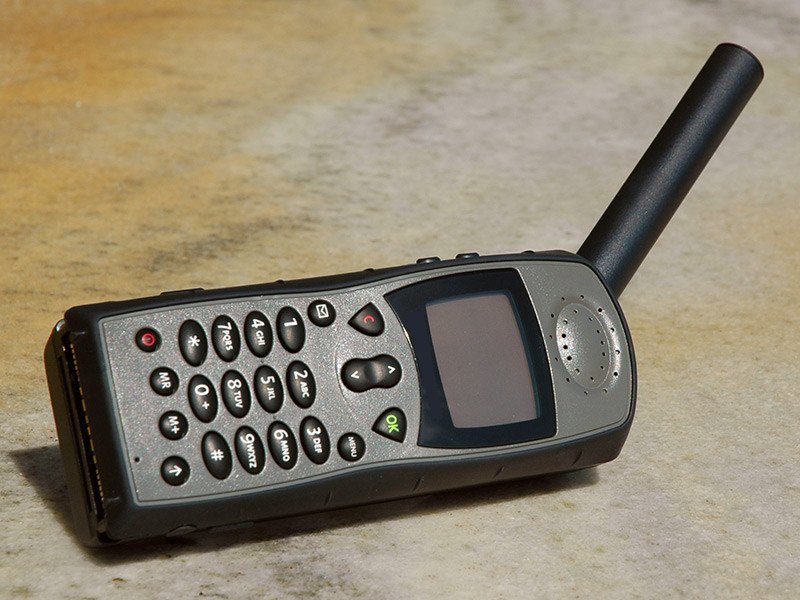 Commonly referred to as ‘sat phones’, these phones are generally bigger and bulkier than regular cell phones (although modern sat phones are more similar to cell phones in terms of their size), and almost always come with a long, retractable antenna. Unlike cell phones, the coverage of a satellite phone (it may include specific regions or the entire planet) depends on the architecture of the particular system on which it runs.

As mentioned earlier, sat phones are built to work outdoors in places where your regular cell phone may not be useful. They’re able to do this (but cell phones cannot) because they send and receive radio signals from satellites that orbit high above the Earth’s surface, unlike cell phones, which communicate with mobile ‘network towers’ that are built on the ground. That’s why sat phones are quite popular on expeditions to remote areas and hinterlands where terrestrial cellular services is either ineffective or unavailable. However, note that sat phones’ coverage may include the entire planet or only specific regions, depending on the architecture of the relevant system.

Also Read: How Do Satellites Work? 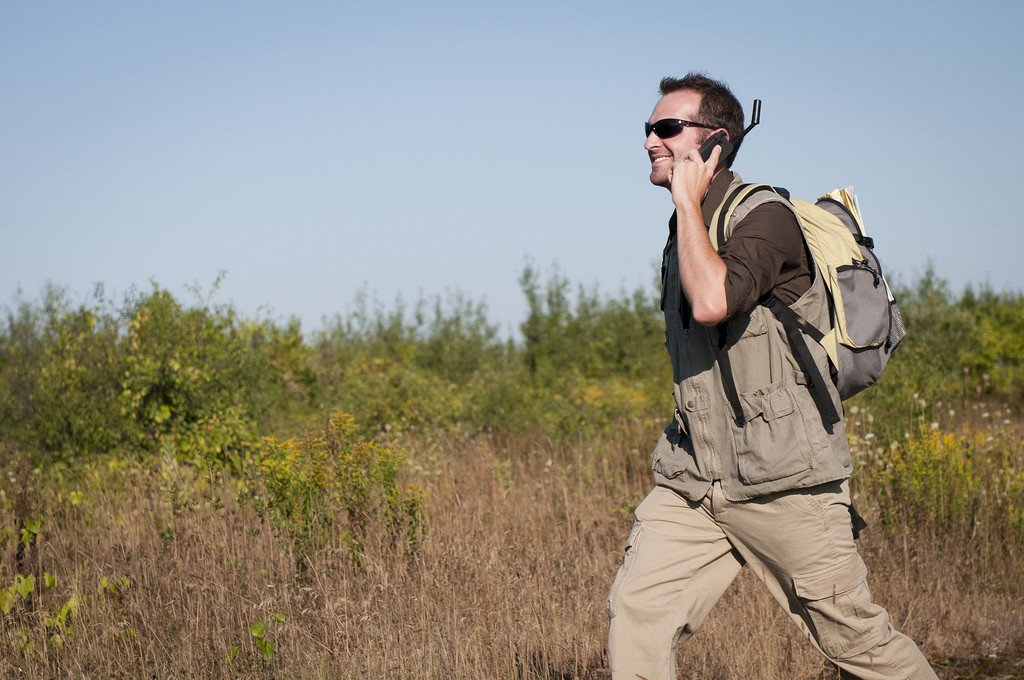 Why Are Sat Phones Not As Popular Among The General Public?

If satellite phones are so good at what they do, it only makes sense that they should have become the norm of modern wireless communication, but that hasn’t happened. Why?

There are a couple reasons behind this…

One of the most prominent reasons is a significant time delay. These phones generally communicate with geostationary satellites, which are more than 30,000 km above Earth’s surface. Thus, there is a lag while talking to someone on the other end. 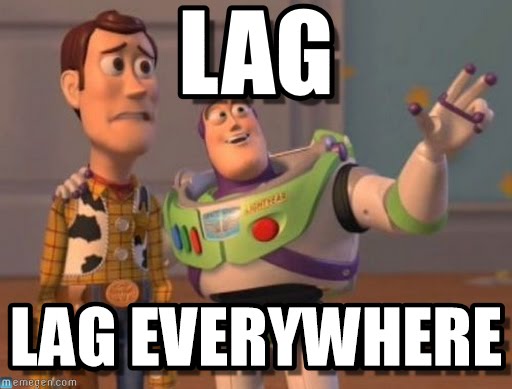 This time lag is tolerable for certain users in certain situations, but not for regular cell phone users who are used to telephonic conversations, which have minimal to virtually no lag.

These satellites are incredibly expensive to build, launch and sustain in orbit. Therefore, the limited bandwidth that they offer is obviously quite costly. The cost of making voice calls from a satellite phone to cell phones and landlines varies from around $0.15 to $2 per minute. On the other hand, connecting a call from a landline to a sat phone is even more expensive (Source). This, again, is not economically desirable for a standard cell phone user. 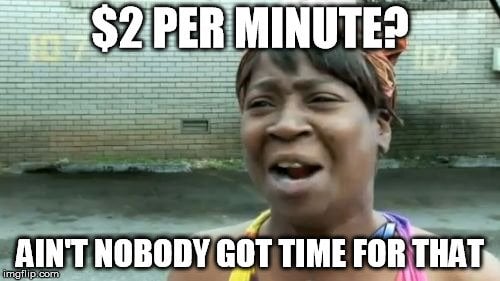 Cost of a satellite phone

The quality of voice communication over satellite phones sometimes takes a hit because geostationary satellites have a limitation of use in terms of latitude, generally 70 degrees north of the equator to 70 degrees south of the equator. This increases the chances of interference from sources that operate in the same frequency bands.

Problems With Unobstructed Line Of Sight

You can use a cell phone from within your house, but in order to have good reception on a satellite phone, it’s not uncommon for users to step out in order to stand under the open sky, so that the line of sight between the terminal and the satellite is unobstructed. Although this might not be a deal breaker for many people, for the majority of cell phone users, it just is.

Furthermore, there are many countries that do not allow the use of satellite phones among the general public. So, there’s a political angle as well.

In a nutshell, satellite phones are undoubtedly very useful and effective, especially in times of need, but as of now, they’re simply not ‘loaded’ enough to beat modern cell phones. Thus, they are simply not as popular.