Steel is a type of metal that is very strong and durable. It is made by alloying iron with carbon and other metals. Stainless steel is a type of steel that contains chromium, which helps to protect it from corrosion.

Stainless steel is named so for the simple reason that it cannot be ‘stained’. In other words, it is rust-proof, unlike regular steel, which is called mild steel. The question is, how does stainless steel achieve this incredible feat? 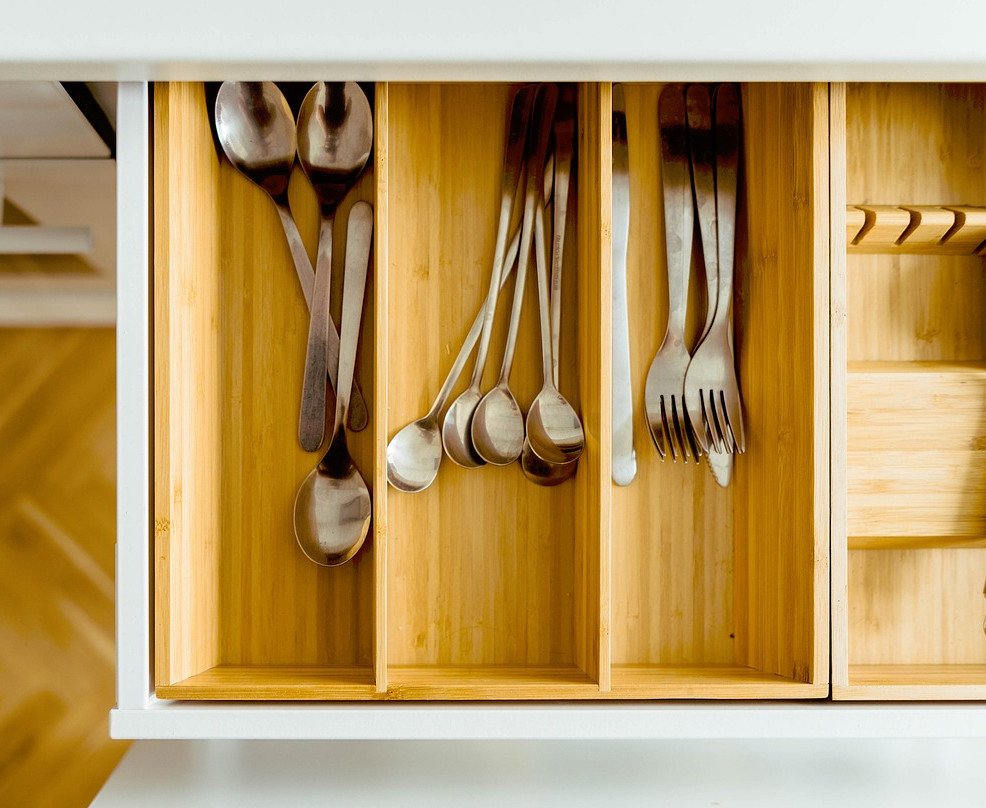 The corrosion of iron causes a reddish-brown, rugged layer to form, which we call rust. Corrosion is simply the oxidation of a metal; when it reacts with oxygen, layers of metal oxides and hydroxides begin to form. Now, because oxygen is abundant in our environment, in air and water, a metal readily undergoes corrosion when exposed to them. When iron does this, we call the resulting iron-oxide layer “rust” and the process “rusting”.

The corrosion of iron is an electrochemical reaction, so the first layers of rust are only atoms thin, but prolonged exposure causes the layer to thicken and become increasingly conspicuous, such as the outgrowth on a wrench or on an old, abandoned car. Rust causes the iron to lose its strength and durability, so that eventually, a corroded wrench becomes no more useful than a paperweight. The global, annual losses due to rust are estimated to be in trillions of dollars, so not finding a way to deter it would have been foolish.

Two or more metals and non-metals can be mixed or combined to form a composite that exhibits a greater strength or durability than the individual elements possess. This process of amalgamation to enhance a metal’s properties is called alloying and the composite produced is called an alloy. Steel is an alloy, which is why you wouldn’t find it on the periodic table.

Iron is one of the most abundant metals on Earth, but in its pure form, it’s tragically weak. Its atoms are arranged in layers that will slide over one at the slightest of interventions. This makes iron extremely soft and therefore dangerous for, say, construction purposes. Iron is therefore alloyed with carbon to form mild steel. This composite is exceptionally strong and durable, and remains the backbone of the industrialized world. 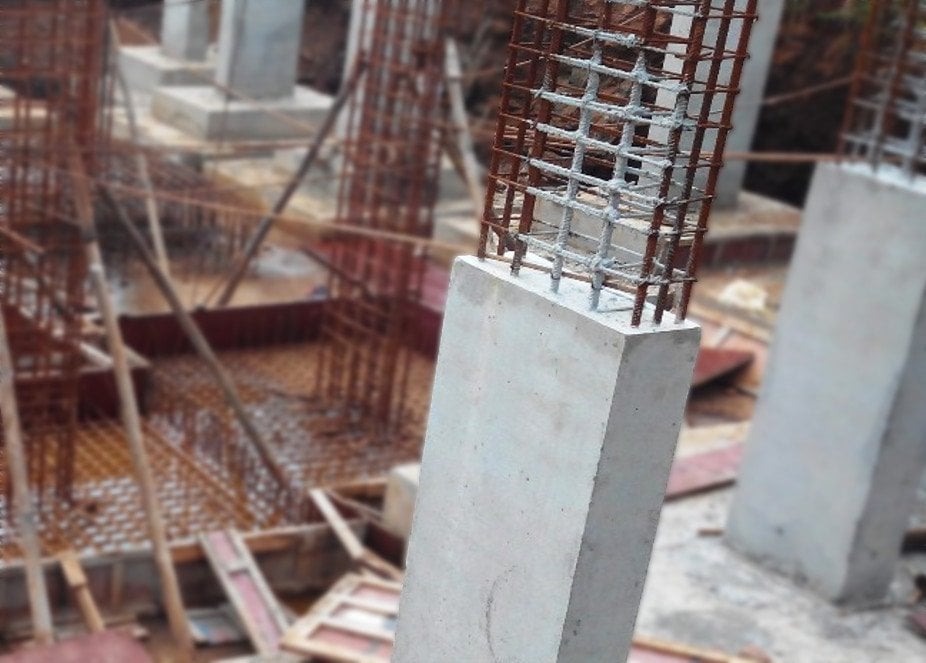 However, while the carbon might make mild steel tougher and more robust than aluminum or unable to crack, unlike carbon-fiber, due to the copious amount of iron in it, it still exhibits poor resistance to corrosion. A structure is therefore prone to deterioration if it regularly comes in contact with moisture or water. We need to alloy the mild steel with an element that prevents the corrosive reaction between the highly reactive oxygen and the helpless iron. More precisely, we need an element that reacts with oxygen before iron does. This element is chromium.

What is Stainless Steel?

Stainless steel is not just an alloy of iron, carbon and chromium, but also includes manganese and in certain classes, nickel and molybdenum as well. Despite its nefarious reputation, the layer that corrosion forms isn’t necessarily harmful. When aluminum corrodes, the resulting layer of aluminum oxide protects it from being further exposed to oxygen molecules and therefore prevents further corrosion! The same is true of chromium. 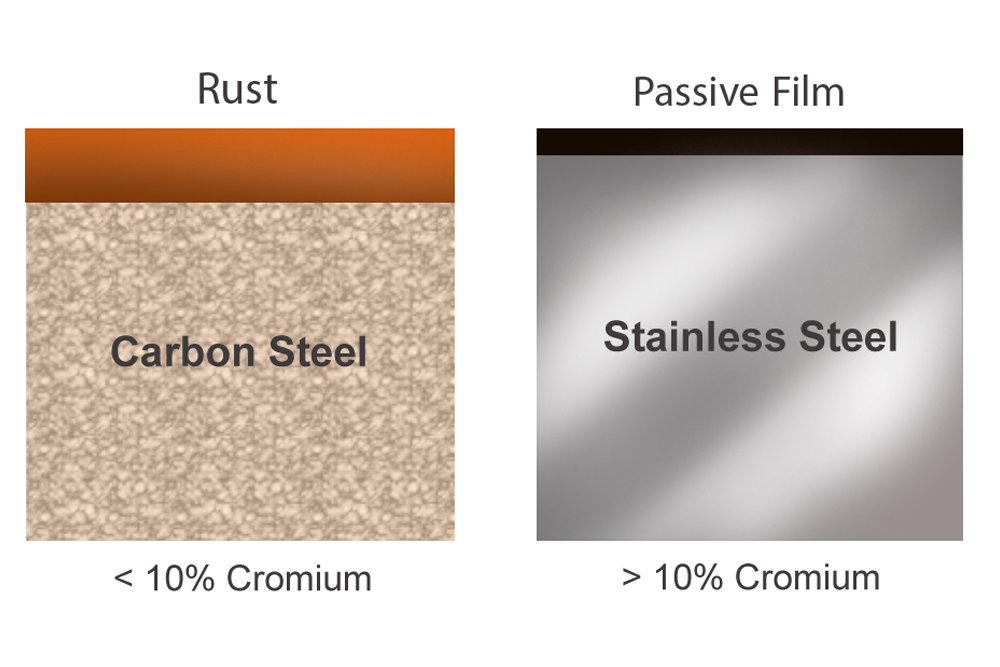 Stainless steel contains as much as 10% chromium, which reacts with the oxygen in the steel’s environment to form a hard, thin layer that protects the steel from corrosion by preventing the oxygen from seeping in any deeper and reacting with the iron in it. Although stainless steel is not as strong as other forms of steel, it is so resistant to rust that it can be easily used as a utensil or as a kitchen sink – objects that are perpetually in contact with water. It is also the chromium that gives these objects their characteristic polish or shine, making them constitutionally and in appearance, stainless! 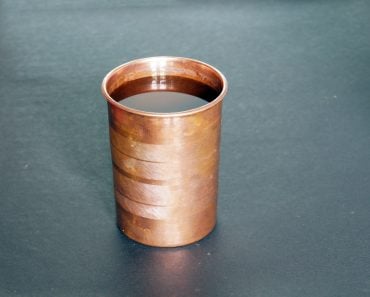