Copper does not behave like other reactive metals, such as Sodium or Potassium, when it comes in contact with water. It reacts slowly with water in the presence of oxygen, carbon dioxide, and other pollutants to form an aesthetically pleasing patina by a process called corrosion. Water in this kind of corroded copper container will have a distinct metallic taste.

Copper being called a noble metal is a misnomer. It is true that in a test tube or an atmosphere free of pollutants, copper does not react with water.

However, in an atmosphere filled with pollutants, copper reacts slowly with water to form a layer of complex copper salts through a process called copper corrosion.

The position of a metal on the reactivity series determines its behavior in chemical reactions. Metals placed above hydrogen are considered reactive, while those beneath hydrogen in the series are relatively non-reactive. 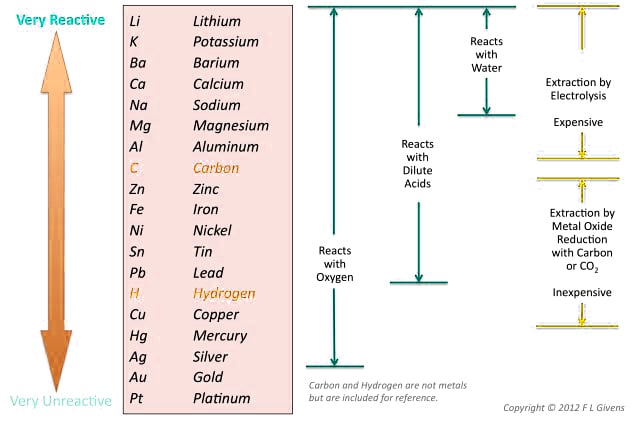 The reactivity series of metals

Copper is not a broadly reactive metal, and is therefore sometimes falsely grouped as a noble metal. The reactivity of metals with oxygen and water decreases as you move down the series. Copper placed below hydrogen cannot displace hydrogen from water under standard conditions. Copper does not react with water via displacement reaction, but it can undergo a redox/electrochemical reaction with water, oxygen, and pollutants to form copper complexes. The slow oxidation of the Statue of Liberty of Copper (a) in 1886, with the burgundy shine of copper metal, versus (b) in 2002, coated in green-colored copper carbonate (Photo Credit : OpenStax/Creative Commons)

Due to the transformation from a shiny red metallic statue when the French gifted it in 1886 to the green crust now covering its surface, the Statue of Liberty, if not so iconic, would be unrecognizable. This dramatic transformation is attributed to the process of oxidation.

Copper corrosion is negligible in unpolluted air, but it is susceptible to an attack when exposed to moisture mingled with oxygen and carbon dioxide, oxidizing acids, oxidizing heavy-metal salts, sulfur, ammonia, etc.

Corrosion is both a redox and an electrochemical reaction. In these reactions, electrons are transferred between two ions or elements. 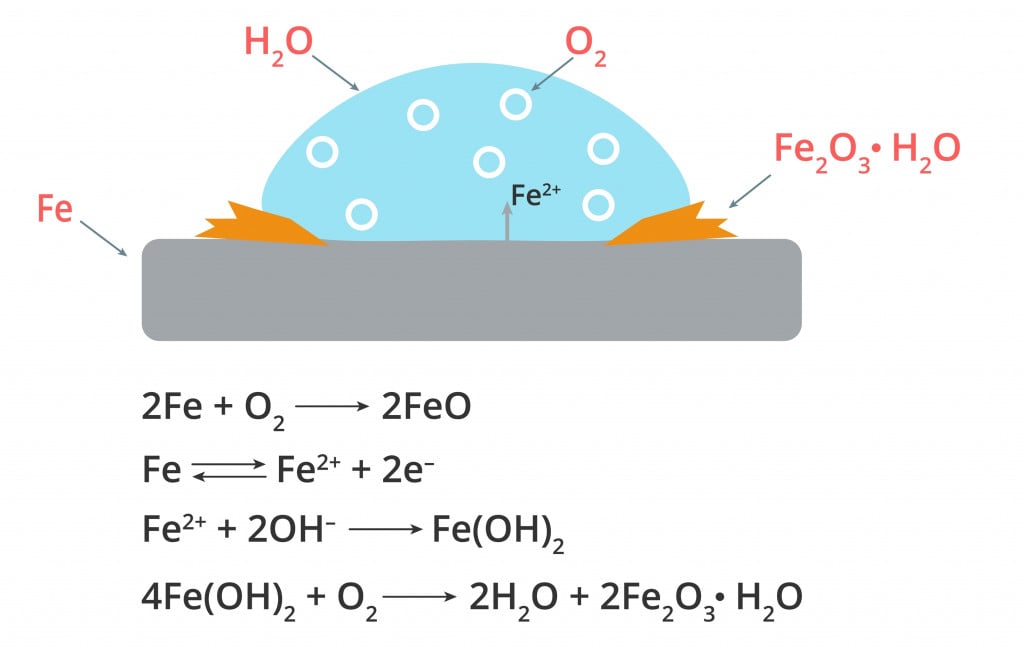 
All forms of corrosion are due to redox reactions, but the reaction products are interestingly variable: hydrated ferric oxide in the rusting of iron, silver sulfide in the tarnishing of silver, and copper carbonate in the patinating of copper. The common denominator is the transfer of electrons from metals to electronegative atoms.

Copper patinas are generally regarded as charming, having the feel of an antique, but this beautiful architectural and sculptural aspect is based on a patina being formed on the copper surfaces. However, a patina of copper carbonate in containers will impart a metallic taste. 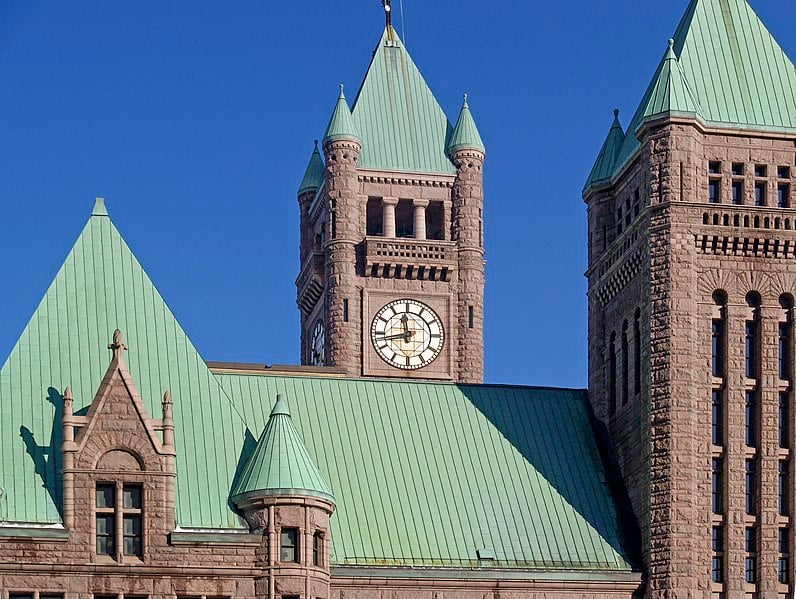 Step1: The electrons move from the interior of the metal to the moisture outside. The region where the metal loses the electron is the anodic region;

Step 2: The electrons react with oxygen and moisture to form hydroxide;

Step 3: The hydroxide anion moves inside to react with Cu2+ to form copper hydroxide;

Step 4: CO2  reacts with copper hydroxide to form copper carbonate, which is one of the components of patina;

The corrosion of copper leaves a complex layer of soluble and insoluble copper salts on the surface of the metal. This serves as a protective layer that prevents further corrosion of the metal beneath. However, the soluble copper salts can subtly dissolve in water stored in the containers to produce a metallic taste that many people find unpleasant!