The boot sector is the portion of a hard drive programmed with instructions to load the operating system (OS) and other important programs when the computer starts.

If you’ve ever formatted your computer or laptop, you have probably come across something called the boot sector. So, what is this boot sector, and what purpose does it serve inside a computer?

What Is The Boot Sector?

To put it simply, the boot sector refers to a specific portion of a hard drive that is very sensitive. Damage it, or let a virus slip in, and your computer may come to a complete standstill! To better understand how this can happen, we need a refresher on hard drives.

Role Of The Boot Sector In A Hard Drive

A typical hard drive is made of spinning discs that nicely stack one over the other—like Russian dolls. Each disc is divided into smaller sections called sectors, and these sectors are coated with a film of magnetized metal grain. It is in these grains that data in the form of bits (0s and 1s) is stored.

Now, the design of a hard disk is such that the data inside the disc (also called the platter) that is closer to the center is accessed quickly. On the other hand, reading the data on discs near the periphery takes much longer. A recording head is present inside the hard disk that reads the data on these discs, starting from the center. Thus, in short, the closer to the center, the quicker it is to access the information. Inside the hard disk: a simple illustration

How The Boot Sector Works

Whenever you switch on a computer, the BIOS (Basic Input Output System) takes control. To put it simply, BIOS is firmware i.e., a small piece of code that runs first when you turn on the computer. It is the BIOS that initializes the screen and keyboard into action. After that, it starts reading the hard drive. The boot sector is the first sector of the hard drive that the BIOS reads, as that is where the instructions to load up the OS are present.

Once the OS is loaded, you are presented with the desktop screen or login screen, after which you can start working normally on the computer.

MBR is the very first sector of a hard drive and VBR follows after it. A typical hard drive has only one MBR, but it can have multiple VBRs. The number of VBRs it can have is equal to the number of partitions into which the drive is divided. VBR forms the first (beginning) part of each partition.

When the computer is turned on, the BIOS reads MBR and loads it into the RAM memory to learn how it should proceed. After that, BIOS searches for the active partition, i.e., the partition where the OS is located. It is the VBR that provides this information.

How Critical Is The Boot Sector?

The boot sector is an extremely critical part of any hard drive, despite occupying only a minuscule portion of it. If the sector containing MBR instructions is physically damaged, the entire hard disk may stop working.

Think of the boot sector as a key and the hard drive as a lock. If you lose the key, it would be nearly impossible to open the lock.

Also Read: What Is An Operating System?

Fortunately, proficient hardware experts can work around this by installing a custom BIOS that allows for the relocation of the boot sector from the damaged portion of the hard drive to the working sector. To do this, some degree of professional expertise is required. It is very difficult for a layman to complete this fix at home!

Corruption of the boot sector is one of the most common reasons why a computer fails to load.

A boot sector virus, like other viruses, is coded to do three things. The first is to remain undetected by anti-virus software. The second is to replicate itself and spread to more devices. Third and most important, it is meant to perform the activity programmed by the virus developer. This activity could be anything from showing unsolicited ads to recording the personal data of the computer user. Or, it could be the worst manipulation of all… locking the computer system and forcing the user to pay a ransom to unlock his own computer!

How The Boot Sector Virus Works

As discussed earlier, in a normal case when you boot up a computer, your BIOS loads the MBR program in the memory (RAM). This MBR contains the set of instructions for loading the OS. Following these instructions usually takes a couple of seconds, after which you would see a Windows logo appear (on a PC) and then the desktop screen or lock screen loads up.

A boot sector virus does a few things. The first is that it automatically gets activated whenever the computer is turned on. Next, it makes a copy of itself to spread onto other devices. This means that whenever you connect your phone, tablet, or pen drive via USB, the virus would try to copy itself onto those connected devices if it’s coded to work over interconnected platforms.

Paired With Other Malicious Software

One of the common malicious programs linked to a boot sector virus is adware. This adware would meddle with internet-connecting programs, such as browsers. They may change with the default settings of the browser, such that you’re virtually forced to visit the website that the cybercriminal wants. This could be done by changing one’s homepage or default search engine.

A boot sector virus could also be paired up with a data logger. This logger would keep a log of all your digital activity. This means that even your keystrokes would be logged, and perhaps clandestinely sent to the hacker over the internet. This is particularly dangerous because through keypresses, hackers could unravel passwords that you have for different online websites/services. Cybercriminals can bundle a data logger with a boot sector virus and log your digital activity  (Photo Credit : Skorzewiak/Shutterstock)

The worst form of pairing is with ransomware. In this case, the boot sector would trigger ransomware to encrypt your whole hard drive, making it impossible to access anything on your computer. You would simply be presented with a screen to transfer xx amount to the hacker in order to fix your computer. Often, this ransom amount must be paid in the form of cryptocurrencies (i.e., bitcoin). 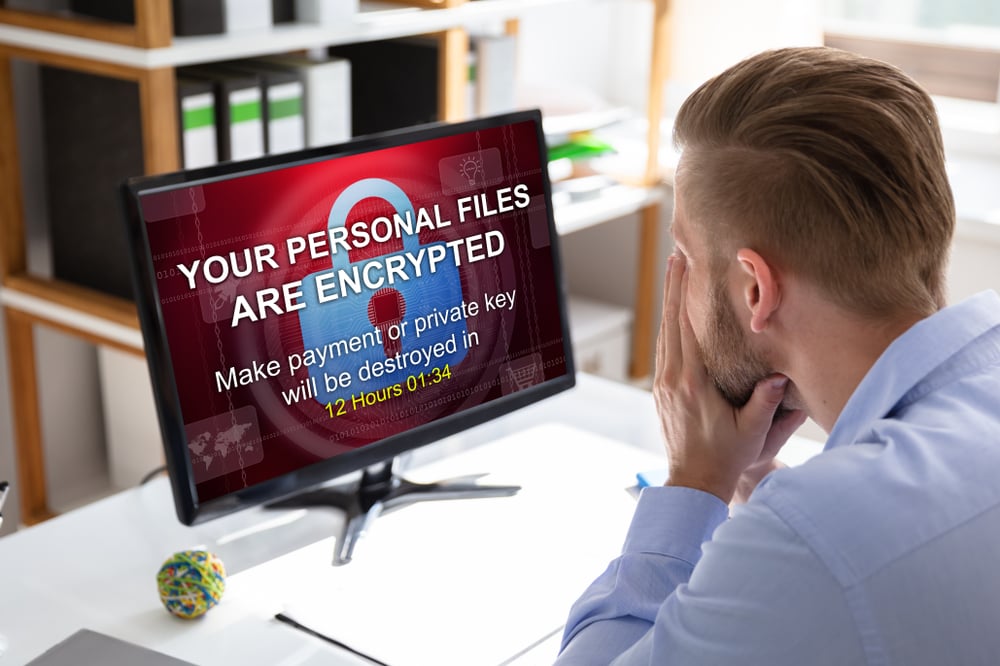 Also Read: What Is A Malware? What’s The Difference Between A Virus And A Trojan Horse?

A ransomware-paired boor sector virus is one of the nastiest forms of a virus attack in the computing world. A simple reinstallation of the operating system (OS) won’t get you out of this quagmire. You’ll probably have to hard format your drive and part with all the data in your drive.

To summarize, the boot sector is a dedicated space in your hard drive that instructs a computer through the BIOS on how to load and start the operating system. Any disruption to this region, either through physical damage or virus infection, can render the computer nearly unusable!