The philosophy of modelling products, process and policies on elements of nature is known as biomimicry or biomimetics.

As the most industrious life form to have ever walked the earth, humankind is continuously inspired by the best practices around him and perpetually borrows from them to elevate his state of being.

Maharishi Sushruta, an erudite saint from ancient India (600 BC) who is credited as the visionary behind surgery, based the design of his instruments on the jaw profiles of various animals. 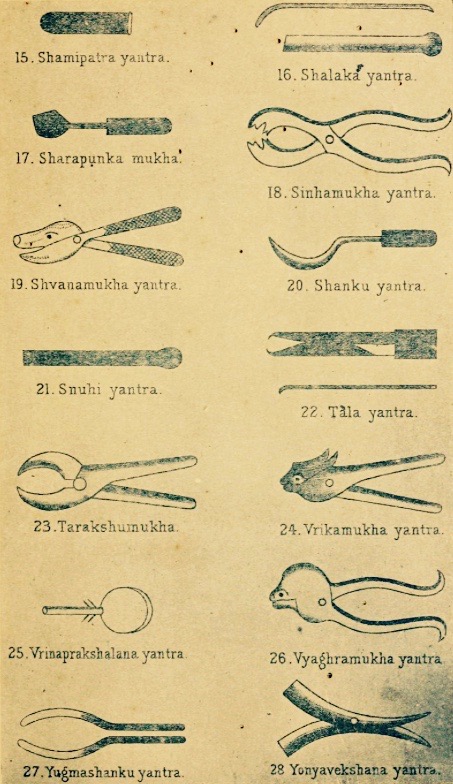 In yet another example, Leonardo Da Vinci, the maverick polymath who reigned during the Renaissance, made blueprints of the first flying machine. Even though the Macchina Volante, as it was known, never reached the construction stage, it included bird-like wings and a tail that were mechanized to flap and turn to help steer the craft. 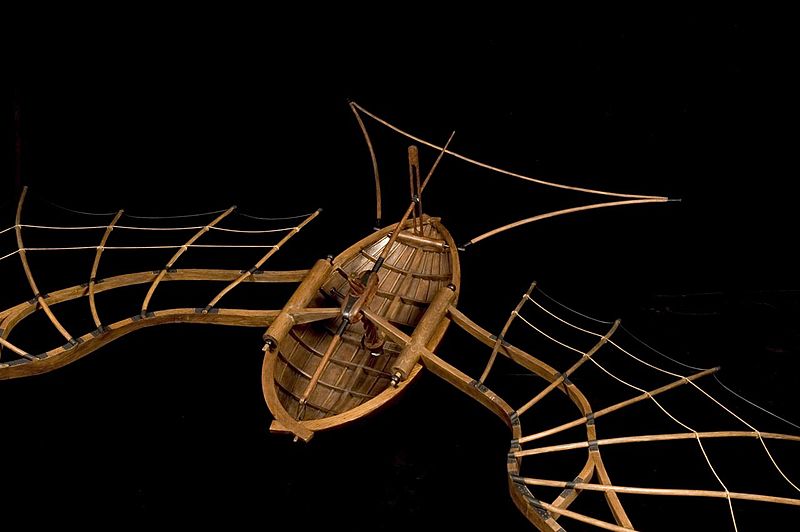 The Macchina Volante had bird-like wings and a tail to assist in flight (Photo Credit : Soldiers Alberto Mario/Wikimedia Commons)

This product philosophy of harnessing functional design from natural elements is known as biomimicry or biomimetics. While it might not be as explicit as seeing a human flying with prosthetic wings, contemporary architects and product designers still employ biomimetics to make extraordinary products that not only maintain an aesthetic appeal, but are also sustainably functional.

Why Model Something After Nature?

Life has existed on Earth for over 3 billion years, evolving to not only survive, but also thrive in changing conditions. In this scheme of evolution, solutions to many problems that humans grapple with every day already exist. Another salient feature of these solutions is that they’re sustainable in nature, unlike anything humans have ever designed.

Here are a few examples for your consideration:

Depending on the degree of emulation of the life processes of other organisms, biomimetics can be classified into three levels of design: product, process and policy.

This refers to the mere replication of the form of an organism to inspire product design. The ubiquitous Velcro adhesive is a classic example of biomimetics at an organism level.

The inventor of Velcro, George de Mestral, was intrigued by the microscopic structure of burrs that stuck to the fur of his dog. Their outer surface features many projections that have tiny hooks in them. When the dog brushed by a plant, these hooks would cling on to its hairs and be carried away, along with being very difficult to remove. 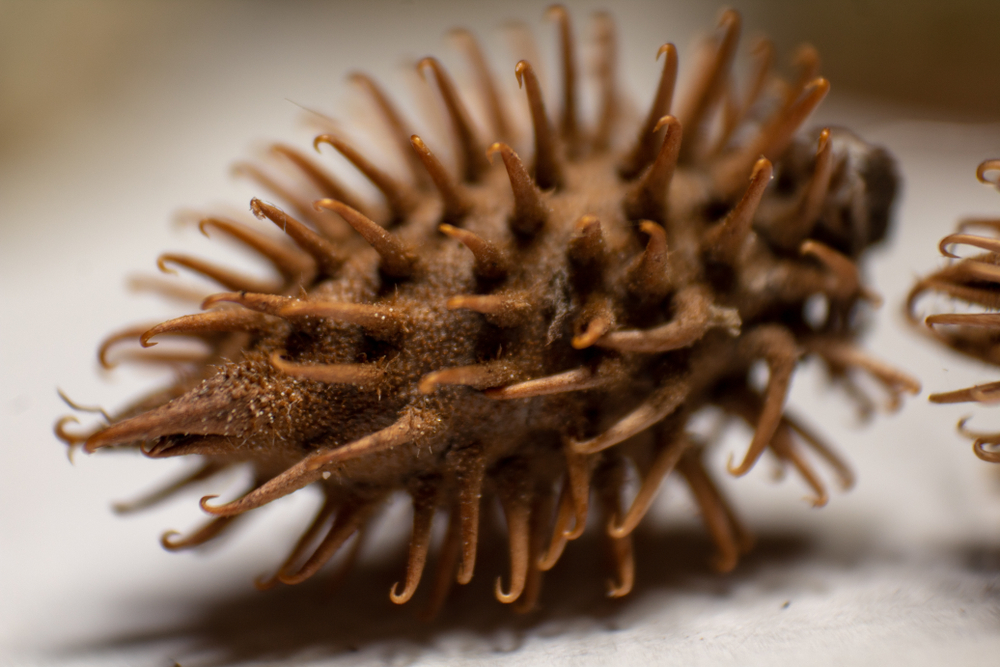 Burrs have hook-like projections on their outer surfaces that cling to fibers, such as dog hair, fabric etc. (Photo Credit : A Daily Odyssey/ Shutterstock)

Velcro works on a similar system, containing a ‘hook’ surface and a ‘loop’ surface. When these two surfaces are brought in contact by the application of pressure, the hooks engage with the loops, resulting in a sturdy physical bond.

It is also easy to disengage a piece of Velcro; all one must do is pull the two surfaces apart. 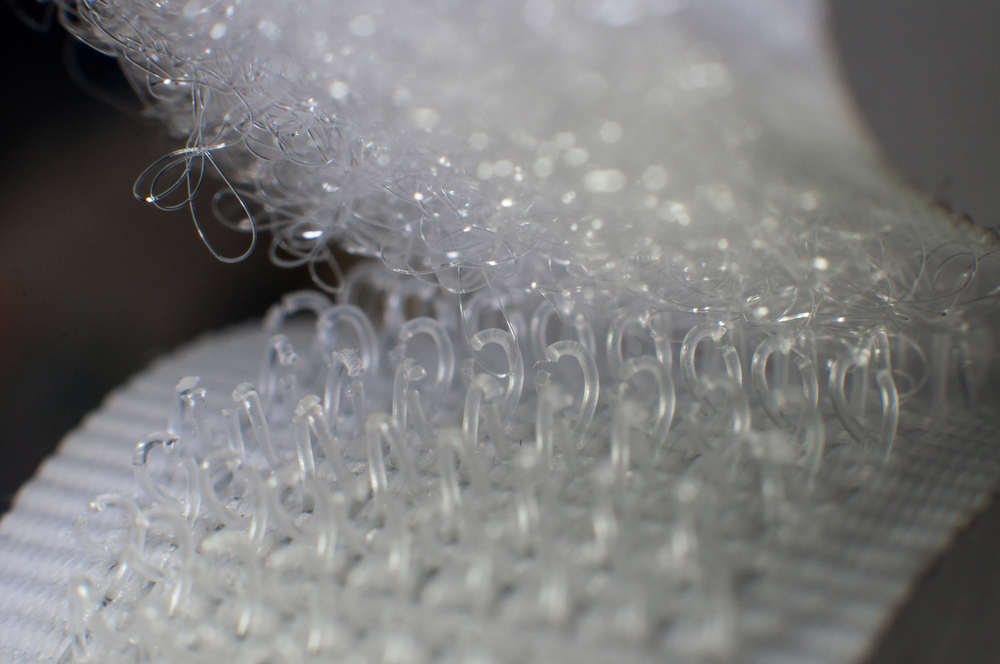 Velcro is a very versatile form of fastening, as it can be deployed on a variety of surfaces in various configurations. An added benefit of Velcro is that, unlike adhesives, it is reusable. Velcro has a range of diverse applications, including earthquake-resistant fittings for home appliances and furniture.

In behavioral biomimetics, designers aim to replicate the behavior of an organism when it comes in contact with other elements. This is best explained by lotuses that bloom in marshes and remain fresh, despite their surroundings.

The hydrophobic or water-repellant properties of the lotus have inspired many self-cleaning surfaces (Photo Credit : Ricardo Reitmeyer & Daniel Brasil/ Shutterstock)

When systems are modeled to be a part of the natural ecosystem, rather than to derive partially from it, the highest level of biomimetics is attained. All the elements of a biomimetic ecosystem are interconnected and interdependent.

An important example of ecosystem-level biomimetics is the Eastgate Centre in Zimbabwe, which is modeled on termite mounds. Termite mounds are designed to maintain stable temperatures inside, regardless of fluctuations in outside temperatures.

The Eastgate Centre in Zimbabwe, modeled after a termite mound, has many chimneys and vents to help in temperature control (Photo Credit : Andrew Paul Deer /Shutterstock & David Brazier/Wikimedia Commons)

Termite mounds have a series of thin ‘chimneys’ that absorb heat in the daytime, while keeping the inside reasonably cool. At night, the hot air, owing to its low density, makes its way out of these chimneys. At the bottom of the mound are open vents, which allow cool air to enter inside.

In a similar fashion, the use of porous concrete and fan-assisted chimneys enabled architects to exclude conventional air conditioning systems in the Eastgate Centre, yet maintain habitable temperatures in the otherwise semi-arid Zimbabwe.

Even though the most sustainable form of biomimetics is on the level of the ecosystem, it’s not always possible to execute it. Even product- and process-level biomimetics results in innovative products. Here are a few other illustrations of biomimetics in our world.

1. Kingfishers And The Bullet Train

Bullet trains are synonymous with high-speed travel and run only in dedicated corridors. When passing through tunnels, the bullet-like nose causes a buildup of low-frequency waves of air, which can create destructive sonic booms in its wake. This problem has been solved by making the nose of the bullet train akin to a kingfisher’s beak, which allows the bird to dive into water without causing a splash.

Phyllotaxy refers to the arrangement of leaves on a plant stem in a manner that allows for maximum collection of sunlight. Due to this arrangement, photosynthesis by a plant exhibits a very high efficiency of 95%.

When photovoltaic cells, the constituent elements of solar panels, are arranged in a similar pattern, they not only occupy much less space, but also exhibit increased efficiency. To put this in perspective, solar farms with a flat layout have an efficiency of 30% and occupy a lot of space, as compared to an equivalent solar tree, which is not only 50% more efficient, but also takes up only a few square feet of space.

3. Color Without Pigment And Electronic Displays

Morpho butterflies and peacocks are known for their beautiful and shimmering colors. However, this myriad of colors is not generated by pigments; rather, the selective reflection of incident light enables them to generate colors that do not exist in the first place. This has been leveraged by tech giant Qualcomm to develop more energy-efficient displays that generate colors by reflecting specific wavelengths from each pixel.

Rather than releasing chemicals to combat microbial growth on its surface, sharks have tiny denticles on their skin that prevent bio-fouling. Researchers at Sharklet Technologies have developed similar bacteria-resistant surfaces that can find widespread application in hospitals that currently rely on physical and chemical decontamination methods.

Also Read: Why Animals Mimic Others: Purpose And Benefits

The edges of the flippers of a humpback whale have tubercles that help reduce drag. This has influenced the blade design of wind-powered turbines to reduce air drag and move faster, thereby generating more electricity.