The dizzying array of biological life forms that we see today is the outcome of natural selection and evolution, but what does this mean? Natural selection is the process by which the environment favors certain traits over others, and selection over extended periods of time is what leads to evolution.

If we had the same environment, and the same set of organisms, would natural selection lead to the same evolutionary outcomes? By examining what exactly natural selection is and looking at the natural experiment of islands, we can come a little closer to answering these questions.

How does the environment influence evolution?

Many of us have heard the term “natural selection”, but what does this actually mean?

It implies some sort of active choosing, on behalf of the environment or nature, but a lot of it is incidental, and even more is accidental.


No organism evolves to do something. Each population is a jumble of traits, and each trait is coded for by a number of genes. Some traits are favorable, and some are not. When a trait allows an organism survive just a bit better in an environment, they are then more likely to reproduce, and therefore spread the genes of that specific trait.

Over time, these changes accumulate, making organisms look and act differently from each other, or even form different species. 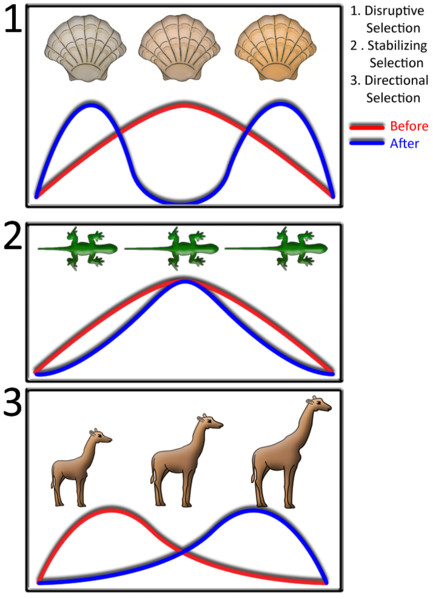 Disruptive selection favors two extremes in a population: long and short. Over time, the in-betweeners, the medium length, get less of a chance to spread their genes, and therefore reduce in frequency. Stabilizing selection is the opposite, where extremes are not favored by the environment.

Directional selection is when one extreme of a distribution of traits is favored, either long or short, pushing the entire population in that direction.

We need to keep two key things in mind when considering natural selection.

The first is genetic drift.

Freak events are common in nature. Volcanoes, earthquakes, and floods routinely kill members of a population indiscriminately. These are called “bottleneck events,” where the catastrophe greatly reduces the population numbers. The remaining members of the population have only so many genes among them, so the population after a bottleneck may very well lack the genes that would have been otherwise favorable.

Genetic drift takes place after a bottleneck event, leading to a loss of the total number of genes in a gene pool.

Again, natural selection can only act on what exists.

Image description: the picture shows a photo of genetic drift, where a large number of the brown beetles are suddenly killed. The generation after the bottleneck event (the drawing in the rightmost fourth part) would have much higher numbers of red insects than black insects. This image is what we would need.

The second important idea to remember is that not all traits we see are an outcome of selections. Many traits have no effect at all on the fitness of a given organism, and get inherited alongside the ones that do. A seminal paper entitled “The Spandrels of San Marco” critiqued the idea that everything is an outcome of adaptation.


Similarly, many traits are spandrels. This means they are incidental… maybe lovely, but ultimately accidental.

So far, we’ve only looked at what natural selection means between the environment and one species, but species interact with each other too. There is fierce competition for resources, and each organism needs different inputs. This leads to the idea of “niches”.

An entire ecosystem is filled with countless niches, or opportunities, that a species or group of species can choose to occupy. The idea of filling niches is known as adaptive radiation. 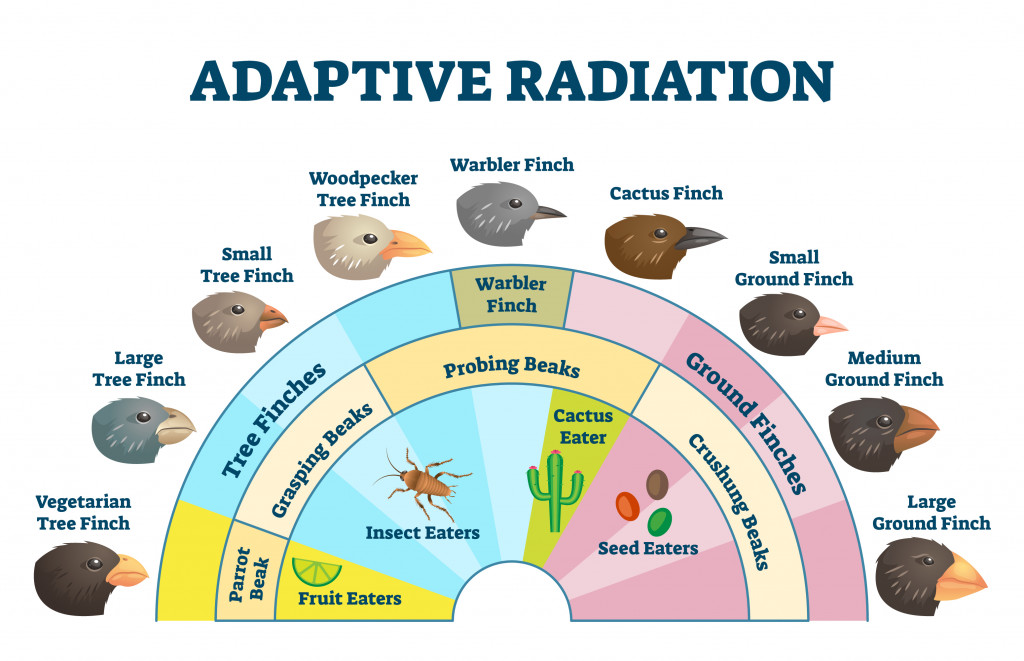 If we have a set ecosystem, with a set number of niches, will they each be occupied in the same way? Imagine a giant evolutionary experiment, with thousands of identical environments, and the same starting organisms. Would they all evolve the same way, just because the environment is the same? Or does randomness and drift take over, driving each system in a different direction? Is our evolutionary fate, and the fate of all species around us, already pre-determined by the environment in which we are set?

The lizard, the island and the ecomorph

Islands offer us a substitute for such a giant evolutionary experiment. Each island within a certain region is almost like a distinct, separate and identical experiment. Examining life on each island gives us clues to answer whether the outcome of evolution is always the same.

Our experiment begins in the four islands of the Greater Antilles: Jamaica, Puerto Rico, Hispaniola and Cuba. Anolis lizards are a genus of dozens of lizards that occupy a diverse range of ecosystems. Researchers examined 55 lizards across these four islands. By examining the habitats these lizards occupy, and the ecosystems themselves, they classified 6 ecomorphs of lizards:

An ecomorph is a “species with the same structural habitat/niche, similar in morphology and behavior, but not necessarily close phyletically,” as defined by Ernest Edward Williams in 1972. 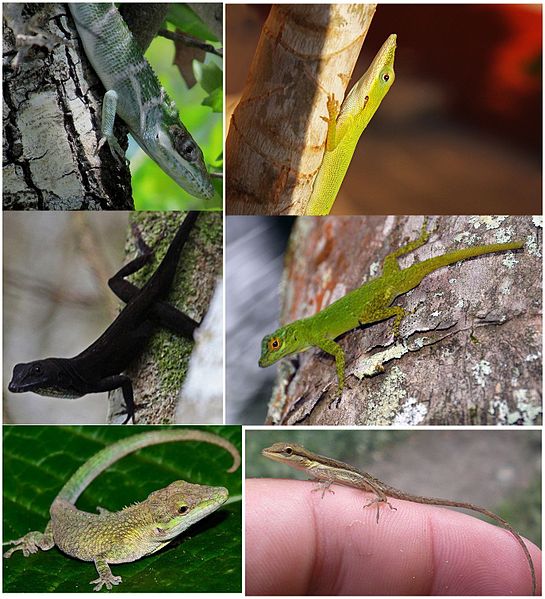 Imagine there are 6 potential niches for a genus of lizards to fill across each island. If you left them all alone for millions of years, would the same species form? Or would they divide themselves into 6 groups first, then make their way across each island?

Although all the lizards on each island had the same common ancestor, something truly incredible happened. Each island evolved the exact same groupings of lizards, neatly divided into the same six groups. Interestingly, grass-bush lizards from two different islands were more similar than grass-bush and trunk-dwelling lizards from the same island.

Four times, evolution repeated itself. Four times, the same story was told, narrated by the environment… but why did this happen?

The first possible explanation is that no cases of genetic drift occurred. This seems to be the case, as genetic analysis of the Anolis lizards suggested that none of them went through a bottleneck. This means that natural selection had the same material to act on across all four islands.

The next possible explanation is that there were finite morphological adaptations for these lizards. This means there were only so many options for body types and niches that these lizards could occupy. However, this seems to not be the case. In larger islands with mountainous regions, Anolis lizards of completely different ecomorphs and morphologies evolved.

Why did natural history repeat itself, when all we see all around us is an astounding diversity of life forms?

What seemed to happen was a striking lack of randomness, which is highly uncommon in biological systems. Each environment on each of the islands in the Greater Antilles seemed to exert similar pressures on its lizards. There also seemed to have been no genetic drift, so natural selection acted on the same collection of genes each time. Evolution can act in seemingly mysterious and unpredictable ways, but it is possible that with no genetic drift, and the same starting conditions, the algorithm of natural selection seems to reach the same answer. Natural history does repeat itself… if the conditions are right!