Organic architecture is a philosophy of architecture that advocates for harmony between human establishments and the natural world. This is achieved through special design approaches that take into account the natural site. The term was first coined by American architect Frank Lloyd Wright.

Organic architecture refers to a philosophy of architecture advocating harmony of the human establishment with the natural organic ambience. This is achieved by adopting special design approaches that are empathetic with the natural site, so that buildings, furnishing, and ambience become more of a unified, interlinked composition.

The term ‘organic architecture’ was first coined by renowned American architect Frank Lloyd Wright, who described his naturally integrated approach as a new architectural paradigm. Wright was a keen observer of the natural world, so he found inspiration in the styles and processes related to nature in order to build a thriving yet sustainable ecosystem. 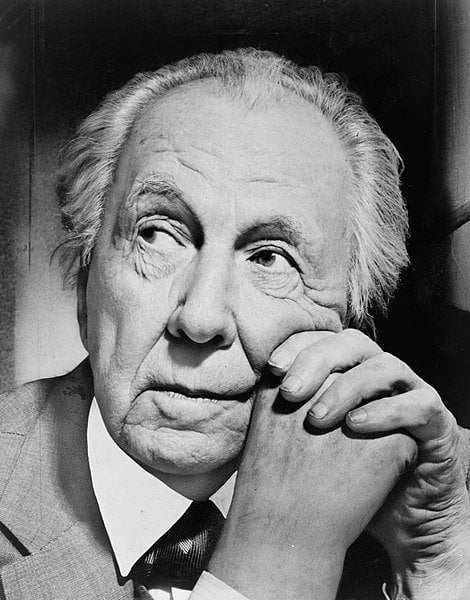 Wright was born in simple rural Wisconsin and spent his teenage years working on his uncle’s farm, which fascinated him with its natural vibrancy—varied domesticated crops, untouched wooded areas and the open spaces of a river valley of Wisconsin. It was here that Wright discovered what he later coined “organic architecture”.

Organic architecture is often seen as a translation of Wright’s “all-inclusive” idea of organic design. Materials, structures, motifs, and ordering principles, in general, tend to repeat themselves throughout the building, making them more holistic and intentional.

The idea of organic architecture is concerned not only with the building’s literal relationship to nature, but also how the design of the building is implemented to foster unification of the building with nature as a “unified organism”.

Organic architecture is reflected in every element of the building—from windows to doors and even floors and furniture. Every component seems to relate to one another, reflecting nature’s symbiotic ordering. By blending interiors and exteriors and maintaining a harmonic ambience, organic architecture strives for the unification of the human habitat with nature.

In his seminal book, “The Cause of Architecture”, published in 1908, Wright highlighted a few important elements of organicity:

Also Read: What Is Biomimicry? What Are Its Different Types?

The modern form often involves the use of new forms of concrete and cantilever trusses. Without using visible pillars or beams, architects can now create those iconic swooping arches. Buildings designed using modern organic design are never just linear, but are instead full of wavy lines and curved shapes to match the natural ambience. The Sydney Opera House is a quintessential example of this. 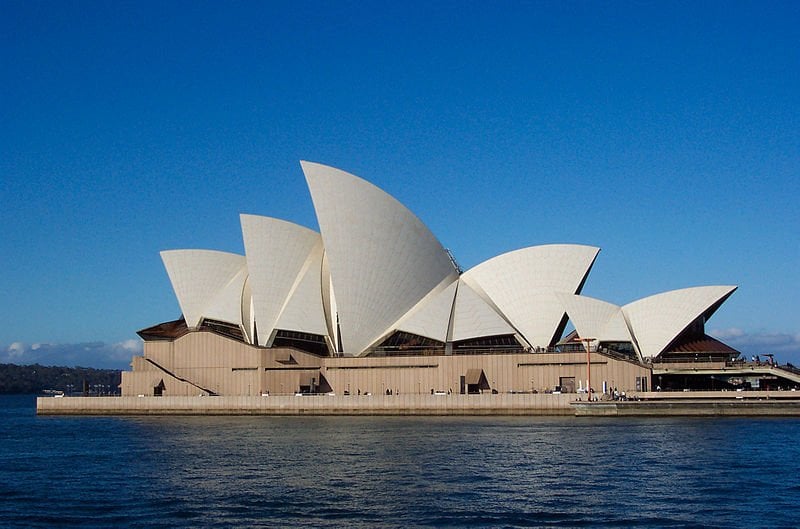 Now let’s look at Fallingwater, a well-known example of organic architecture designed by Wright himself to better understand this architectural philosophy.

Fallingwater is a house that was designed by Frank Lloyd Wright in rural Pennsylvania in the 1930s for the affluent Kauffman family. It was later donated to the Western Pennsylvania Conservancy by the heirs of the family for preservation.

Built on top of water flow, Fallingwater is regarded by many as Wright’s greatest masterpiece—especially in terms of reflecting his organic design philosophy. It has been praised as an architectural tour de force of organic architecture. It was designed with an aim to be a natural retreat for the owners and the house is well-known for its connection to the physical site.

This connection is felt in every small detail. For example, no metal frames are used on the meeting point of glass and stone walls. Rather, glass runs right into caulked recess in the stonework. In this way, stone walls appear uninterrupted by glazing. A stairway from the cantilevered room runs down directly into the water stream below. Interestingly, the ceiling of the bedroom is intentionally designed to be low, as this encourages people to walk out of their bedrooms in the open social areas, decks and outdoor spaces. Time magazine reported Fallingwater to be Wright’s most beautiful accomplishment. Similarly, FallingWater finds its place in Smithsonian’s “Life list of 28 places to visit before you die”. In 2007, the American Institute of Architects (AIA) declared Fallingwater as the “best all-time work of American architecture.”