The first traffic signal was invented in 1868 by J.P. Knight. In 1912, the first electric traffic light was invented by Lester Wire. The modern traffic light still uses this T-shaped model with three different colors. Computers are used to predict traffic and change lights accordingly.

Imagine a set of people having a heated discussion in a closed room. The conversation can turn into a complete mess if there is no coordinator to look after these people and guide the chatter. In such a situation that isn’t controlled, all we would hear is random shouting and noise, as no one would want to be left behind, so everyone would try to express his/her point of view without considering what the other person has to say. This kind of situation would ultimately lead to total chaos.

Now, imagine the same situation taking place on our roads, and simply replace the set of people with vehicles. If people were to drive their cars randomly without caring about or considering other vehicles on the road, it could lead to chaos and may result in accidents; the end result can be catastrophic.

Enter traffic lights, which play the role of coordinators on the road. They control the flow of the ever-increasing number of automobiles on the road and they also help in preventing accidents.

Let’s take a closer look at how traffic lights have evolved over time.

Although the purpose of a traffic signal is to regulate the flow of automobiles, traffic signals came into existence long before automobiles were invented. The idea for developing traffic signals began in the 1800’s, and on December 10, 1868, the first gas-lit traffic lights were installed outside the Houses of Parliament in London. This model was proposed by a British railway engineer, J.P Knight. It was implemented to control the traffic of horse carriages in the area, and to allow pedestrians to safely cross the roads.

The gas-fueled lights needed to be manually controlled by a police officer using semaphore arms. During the daytime, the semaphore arms would be raised or lowered by the police officer, signaling vehicles whether they should proceed or stop. At night, instead of arms, gas-lit red and green lights were used. Red signaled carriages to stop, and green meant proceed. Red was used to stop, as it represented danger or caution, whereas green was determined to be a more reassuring color in most cultures and also has a strong emotional correspondence with safety.

As these were gas-lit lights, there were some incidents of lights exploding at night and injuring police officers who were controlling them. Therefore, the gas-lit traffic lights were not entirely safe to use.

In the early 1900’s, the world was developing at a very rapid pace, and with the growth of industrialization, cities became more crowded. Furthermore, with the invention of automobiles, the traffic on the roads increased significantly, so there was a need for a better traffic system.

In 1912, an American policeman, Lester Wire, who was concerned with the increasing traffic, came up with the idea of the first electric traffic light. Based on Wire’s design, the lights were first installed in Cleveland, Ohio, on August 5, 1914, at the corner of 105th and Euclid Avenue.

At that time, it was said that this invention would revolutionize the handling of traffic in congested cities. As it turned out, the modern traffic system still works on the same principle as Wire’s original system. The momentous occasion of the first electric traffic light turning 101 years old on August 5, 2015 was celebrated by Google Doodle.

The first electric traffic light had only red and green lights; it did not have a yellow light like modern-day traffic signals. Instead of a yellow light, it had a buzzer sound that was used to indicate that the signal would be changing soon. 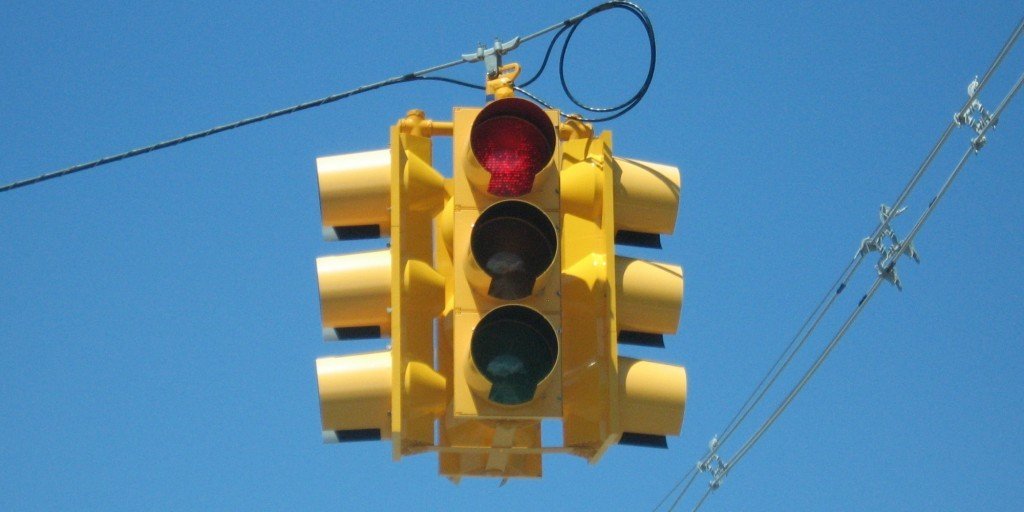 In the year 1920, a policeman named William Potts in Detroit, Michigan invented the first four-way and three-colored traffic lights. Apart from red and green, a third color – amber (or yellow) – was introduced. Detroit became the first city to implement the four-way and three-colored traffic lights. The idea of having a third “warning” light, was also patented by African-American inventor, businessman Garrett Augustus Morgan, Sr. in the year 1923. In the 1920’s, several automated traffic signals were installed in major cities around the world. The modern traffic light still uses this famous T-shaped model with three different colors.

The automated traffic signals were a big success; they operated by changing their lights at fixed intervals of time. This sometimes caused unnecessary waiting for vehicles, as the light would be red, even when there were no vehicles passing from the opposite side. People eventually began trying to invent a better traffic signal system that could allow for an even smoother flow of traffic. 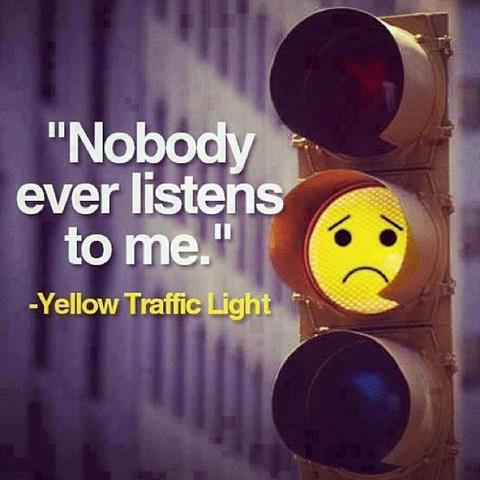 An inventor named Charles Adler Jr. had the idea of inventing a signal that could detect vehicles’ honking and change signals accordingly. A microphone was mounted on the pole of the signal, and once the vehicle reached the signal, all it needed to do was honk and the light would change. However, this obviously led to the problem of unnecessary honking of vehicles, which created a harrowing experience to those walking by and those living near the signal. Thus, the honk-sensitive lights had to be abolished.

The Computerization of Traffic Lights 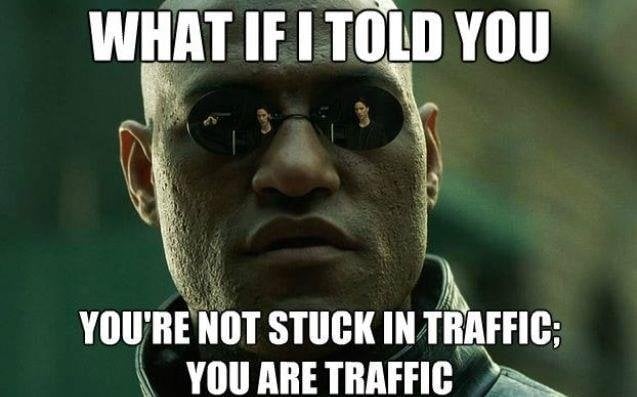 At present, traffic all over the world can be monitored, which gives an idea about the traffic at a certain time, which city has the most traffic, and what the peak hours of traffic are, so the lights can be controlled accordingly. The computer also monitors the weather and their operation can be changed depending on the weather. The lights can also be adjusted in the case of emergencies, so computers have vastly improved the handling of traffic and increased total road safety. 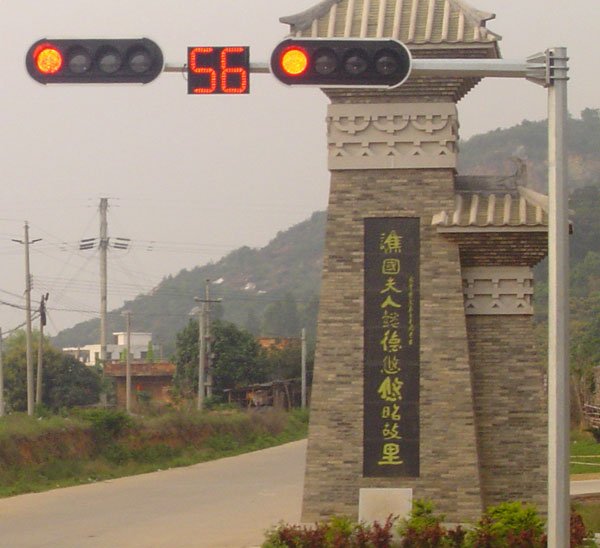 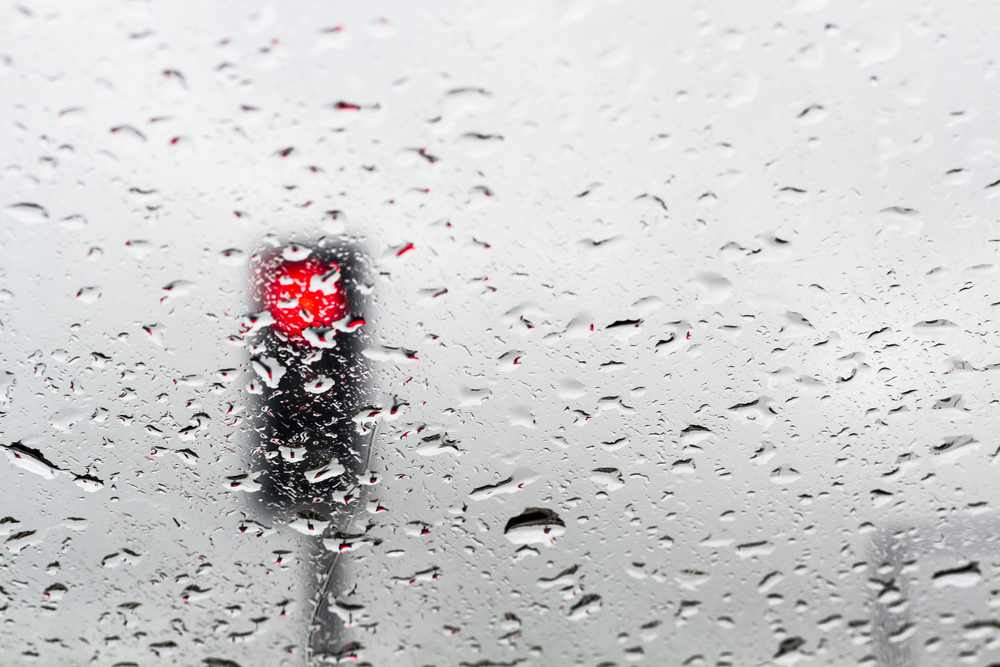 City of Rotterdam in the Netherlands has introduced bicycle traffic lights fitted with a rain sensor. When it is raining, these lights give higher priority to bicycle lanes at an intersection.

The Future of Traffic Lights

The number of vehicles on the road has been drastically increasing every year and will continue to increase, so traffic signals must continue to improve to accommodate these higher amounts of traffic.

Eventually, a time will come when signals will ask the cars where they are going and change traffic plans accordingly.

Traffic signals will improve over time, there is no doubt about that, and they will continue to provide safer and faster commutes for vehicles. However, it will still all be a waste if we don’t follow traffic rules. Most accidents occur as a result of breaking traffic rules, so on the 101st anniversary of traffic lights, let’s make a pledge to follow traffic rules to ensure a smooth and safe drive for everyone on the road!