Regarding air fryers, it’s often remarked that they’re just amped up countertop convection ovens. They work on the same principle as a typical oven, but they’re faster and more energy-efficient.

I found myself at a supermarket recently, looking at things that I most certainly didn’t need and had no intention of buying. Of the many products stacked on the shelves there, the one thing that really caught my eye was an appliance that claimed right on its packaging that it could fry food using nothing but air!

At first, I thought it was some kind of scam or a marketing gimmick to attract the attention of potential customers—as it had just done to me. However, after some quick research, I found out that air frying was, in fact, a real thing! In fact, it has become quite popular these days. I also learned that it has been on the market, flying under the radar, for quite some time now. 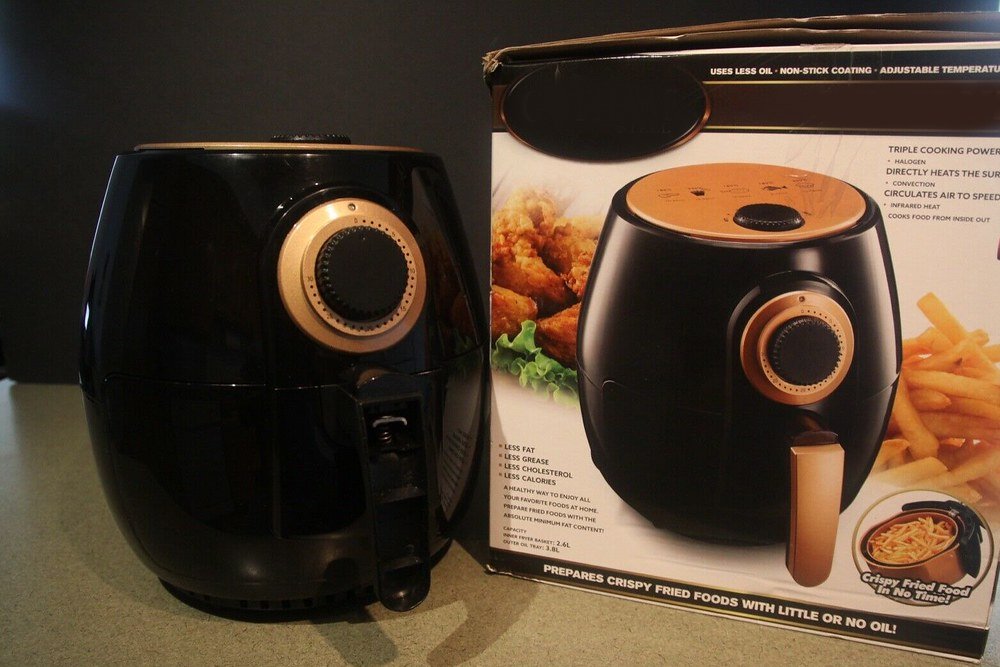 That being said, I still couldn’t understand how the product actually worked. I’m sure many of you don’t understand it either, so here we go, let’s dig in to this mystery and find some answers. How can you fry food with nothing but air?

What is an air fryer?

The name is self-explanatory… sort of. An air fryer is a kitchen device that fries food primarily by using air (hence, the prefix). It’s also capable of baking foods, although you may require some additional equipment to use it for baking purposes.

It’s a relatively small appliance, making it quite compact and portable. It sits on the countertop like a crock pot and has a power line that plugs into an electrical supply. 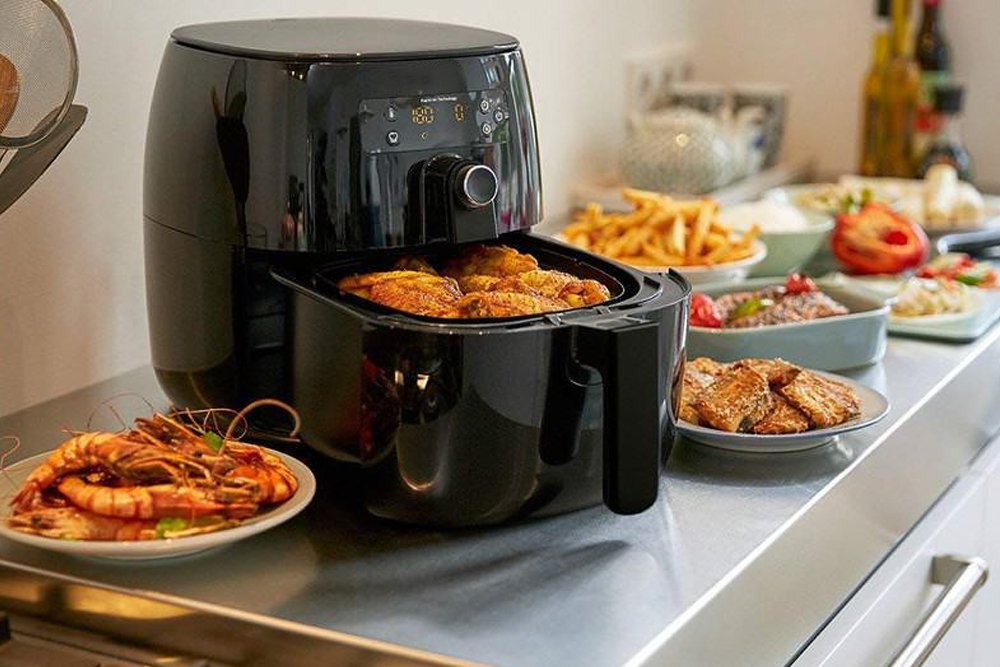 The appliance consists of three major components—a basket that holds food (that you want to fry), an electric heating element and a fan that circulates hot air inside the cavity.

How does an air fryer work?

Regarding air fryers, it’s often remarked that they’re just amped up countertop convection ovens. They work on the same principle as a typical oven, but they’re faster and more energy-efficient. Let me expound on that a bit further.

An air dryer is a convection oven. And what is convection, you ask? Simply put, convection is just a form of heat transfer.

There are three main ways in which heat is transferred from one place to another—conduction, convection and radiation.

An example of heat transfer through conduction is when you touch a hot stove and burn your finger.

An air dryer works on the principle of convection. First, its heating element generates heat using electricity, and then a fan inside circulates hot air at a very high speed around the food you wish to fry. This circular movement ensures that the hot air reaches all surfaces of the food.

Additionally, the food sits on a perforated basket, which increases its contact with the hot air. The small, confined cooking cavity allows the heat to cook the food swiftly and efficiently. 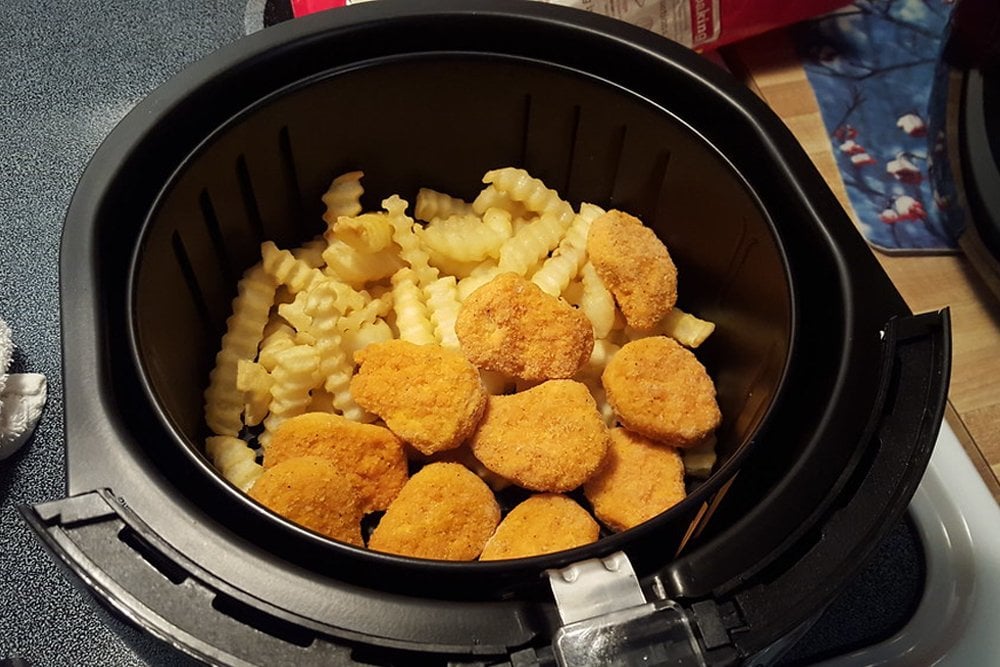 However, a small amount of oil (a very thin layer on the food in the cooking cavity) is, in fact, required to get the best results. The upshot is that you can have crispier food with a lot less oil than traditional frying (around 80-85% less).

It should be noted that lightweight food should not be put inside an air fryer, as the hot air circulating inside may blow it around the cavity. Food with wet batter should also be avoided.

In a nutshell, an air fryer fries food using only a very tiny amount of oil. This means that the fried food is not just healthier, but also crispy on the outside!