If your WiFi router is just a few inches away from the microwave with a 4.7-inch hole, you can rest assured that your wireless internet will go haywire, as the kindred electromagnetic waves commingle. There are some other issues too…

If you enjoy hot piping food and can’t stand dealing with meals that are anything less than steaming, then you’re definitely a human, as few other species worry about the temperature of their food as much as we do. Secondly, you probably own a microwave oven, which is arguably the best kitchen appliance for rapid food preparation. Imagine, a flat pack of popcorn kernels + 3 minutes = a delicious bag of fluffy buttery goodness. Frozen dinner + 3.5 minutes = gourmet Salisbury Steak and mashed potatoes (well, gourmet might be overdoing it…) 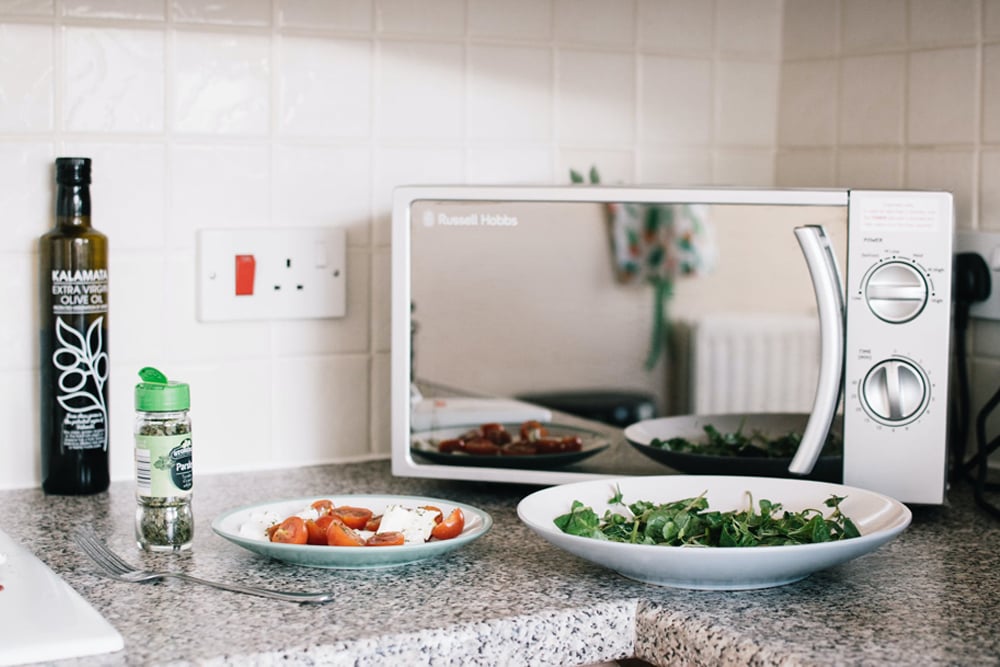 Microwave oven: one of the most useful kitchen appliances (Photo Credit : Pexels)

However, what if your beloved microwave develops a hole somewhere in its structure? Will the microwaves escape the framework and wreak havoc on your house? Or on your health? Sure, we’ll apprise you about them, but before that, we need to have a basic understanding of how a microwave oven works.

How does a microwave oven work?

As is true with visible light (the light we can see with the naked eye), microwaves (the waves present in microwave ovens) are also a type of electromagnetic wave. However, microwaves do not require any medium to travel, i.e., they can travel through a vacuum.

At the heart of the microwave oven lies an object called a magnetron. This magnetron is the producer of microwaves. Whenever electricity is passed, it generates microwaves, which are then released inside the oven for heating food. The component called the wave guide projects these waves into the main compartment of the oven, i.e., space where you put your pizza (and other food). The waves possess a great deal of energy, so when they strike the inner surface of the oven, they reflect and rapidly move to strike another face of that surface. 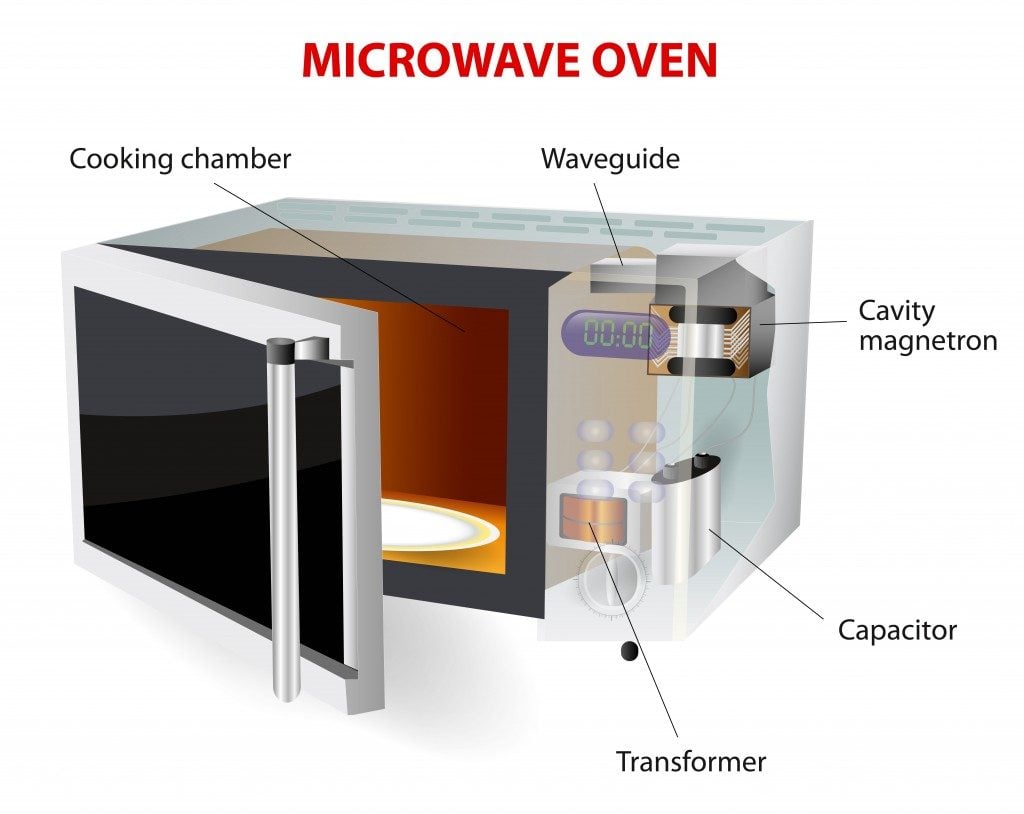 The waves continue bouncing back and forth continuously. When these waves fall on the object inside the oven that you’re trying to heat up, they agitate the water molecules (or moisture) present in the object, thereby heating the food or object.

This is basically how every microwave oven works.

What if there’s a hole in the microwave oven?

If your microwave oven has a hole in it, will the microwaves continuously bouncing back and forth on the walls of the oven escape the oven and leak out into the kitchen?

Measuring wavelength of a (sinusoidal) wave

As we just discussed, microwaves are a type of electromagnetic radiation, and since it is a wave, there must be a ‘wavelength’ associated with it.

Wavelength is the distance between two consecutive ‘crests’ or two consecutive ‘troughs’ of electromagnetic waves. The crest is the peak of the wave, while the trough is the bottom-most part of the wave. The wavelength of visible light, i.e., the light that a naked human eye can see, is in the range of 390 to 700 nanometers.

While 4.7 inches seems like quite a big hole, that number is theoretical. Practically speaking, even a smaller hole would cause some leakage. Although this leakage of radio waves is not “radioactive emission”, many people mistakenly assume that it’s the same as walking past Chernobyl. However, these two scenarios are completely different. Microwaves are non-ionizing in nature, meaning that they aren’t powerful enough to knock electrons off of other atoms, something that lower wavelength electromagnetic waves like X-rays will do. Hence, they’re much more dangerous, as they can cause damage at the cellular level, leading to cancer.

Having said that, it does not imply that you can be carefree with microwave leakage. As calculated earlier, a hole of 4.7 inches in diameter or larger would permit microwaves to completely pass out of the oven. As the microwaves come out of the magnetron inside the oven, their strength diminishes with distance. Microwaves obey the inverse square law, meaning that they lose power exponentially with distance. So, after they are a few feet away from the magnetron, microwaves are barely capable of doing any heating. Even so, the leakage of microwaves from a 4.7-inch hole can mess with electronics in close proximity in a major way. Let’s see what a large enough hole can do!

The most susceptible device to microwaves is your WiFi router, as conventional wireless modems operate in the 2.4 GHz ISM (industrial, scientific and medical) band, which is very close to the operating frequency range of microwave ovens (approximately 2.45 GHz). Thus, if your WiFi router is just a few inches away from a microwave with a 4.7-inch hole, you can rest assured that your wireless internet will go haywire, as the kindred electromagnetic waves will commingle and disrupt one another! Sucks up the mobile network

Another device that can be extremely vulnerable to a leaky microwave is a mobile phone. Because mobile phones also use radio frequency waves (between 0.9 GHz to 1.8 GHz), which is near the frequency band at which microwave ovens work. Putting a phone right next to the hole and turning on the microwave is likely to make the mobile phone lose its network coverage altogether. However, in the worst-case scenario, with a prolonged irradiation period from an intense microwave, your phone might even catch fire! That’s why it’s risky to keep a mobile phone or anything flammable near a microwave oven that is running with a hole or leak.

Meddles with other electronics

Besides WiFi routers and mobile phones, a large hole in a microwave would mess with other electronic gadgets and appliances, especially remote-controlled ones. There have been numerous reports of leaky microwaves triggering intruder alarms, causing flickering on the screens of TVs and PCs, even turning on and off the tube lights!

Bad for your health

According to a study published in the American Journal of Emergency Medicines, around 20 people are admitted into emergency rooms in the US every day from a microwave oven injury or a related condition. Although most of them are due to overheated water and exploding eggs, this statistic does point out that microwaves need to be handled with caution. Even the FDA has warned that exposure to intense microwave radiation can burn the body’s tissue—just like it heats the food. Thus, standing just a few centimeters away from the oven with a big enough hole can cause tissue burns.

Two areas of the body are particularly vulnerable to microwaves: the eyes and the testes. This is because there is relatively less blood flow into these areas to dispose of the heat. Also, when it comes to eyes, the lens is particularly sensitive to heat. Various studies have noted that prolonged exposure to a leaky microwaves can cause cataracts. 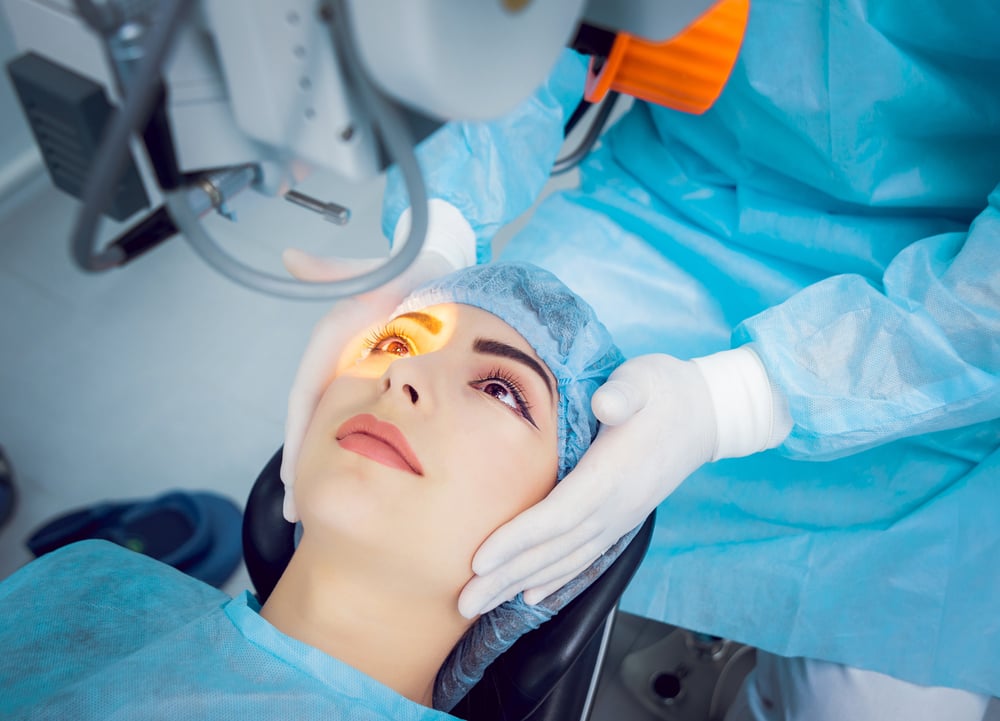 Interestingly, Russian scientists tried to study the harmful effects of microwave radiation way during World War II. To put this in a better perspective, commercial microwaves only became a thing after the 70s! Their studies found close links between exposure to microwaves and headaches, fatigue, sleepiness, memory loss, and even changes in normal cardiovascular functioning.

So, clearly, if there is a big enough hole (greater than 4.7 inches in diameter) and you continue to operate your microwave, you’re running the risk of harming your health, jamming your WiFi coverage, and even burning your electronics!

Is there a ‘safe’ limit to the leakage?

Microwave ovens are one of the few appliances that need to pass stringent standards before they’re allowed out on the market for sale. The FDA (Food and Drug Administration) in its Federal Standard 21 CFR 1030.10 has capped the leakage limit of microwave ovens to 5 mW/cm2 at approximately two inches away from the appliance throughout its lifetime. Thus, having a big enough hole a couple of inches wide is likely to breach this permissible limit. There are microwave leakage detectors available on the market that can be used to measure the amount of leakage.

What to do if there is a hole in the microwave?

Well, if the hole is by design, then the manufacturer is likely to have taken care of this problem, and you need not worry. However, if the hole develops on account of careless usage, accidental damage, or due to usual wear and tear, you should stay alert. When you notice that your microwave has developed a visible hole, it is best to avoid using it altogether. You should contact the manufacturer or the seller and request them to get the microwave replaced, especially if it’s newly bought. If the microwave is old, you can give it to a trusted professional repair center.

The manufacturers/importers of microwave ovens need to report all accidental radiation instances occurring on their appliance to the FDA in the US. In fact, even the consumers can report such incidences to the FDA.

Although it’s risky to turn on a microwave with a hole, if you really need to use your oven, you should take some additional precautions. The first thing you can do is cover this hole with aluminum foil. That’s because, in essence, microwave ovens are like convenient Faraday cages, from which microwaves cannot escape. Aluminum foil, being metallic, would help in restoring the sanctity of this cage to some extent. Do not touch this sealed part while the oven is on and use a microwave oven in this condition as sparingly as possible. If possible, you should also buy a microwave radiation detector to measure the intensity of the leakage. Alternatively, try keeping a (frozen) chocolate bar very close to the sealed hole and see how quickly it melts. It should give you a rough idea of the leak’s intensity.

Essentially, microwaves are electromagnetic waves, just like light rays, but are non-ionizing in nature. Microwave ovens are carefully designed so they don’t leak these high-wavelength rays. However, as with the wear and tear, there is a chance of slight leakage, which generally does not cause much trouble, aside from occasionally messing with wireless connectivity.

That being said, a hole of any kind, but particularly one with a diameter over 4.7 inches, would cause worrisome leakage that needs to be taken seriously. The good thing is that these microwaves dissipate quickly in the air, so after a few meters, they barely have any energy left, but if you or any electronics or flammable materials is beside a leaky oven, it can be risky. It is prudent to get such damaged microwave ovens replaced or repaired whenever there is a hole or noticeable leakage.

How much do you know about the microwave?