As heat is applied to fries, they lose part of their mass (as water turns into steam) and their volume increases. This reduces the density of fries, so they start floating in the oil after just a few minutes of heating!

I love fries… I can’t get enough of them whenever I go to any fast food joint. Regardless of what I order, fries are alway sessential. 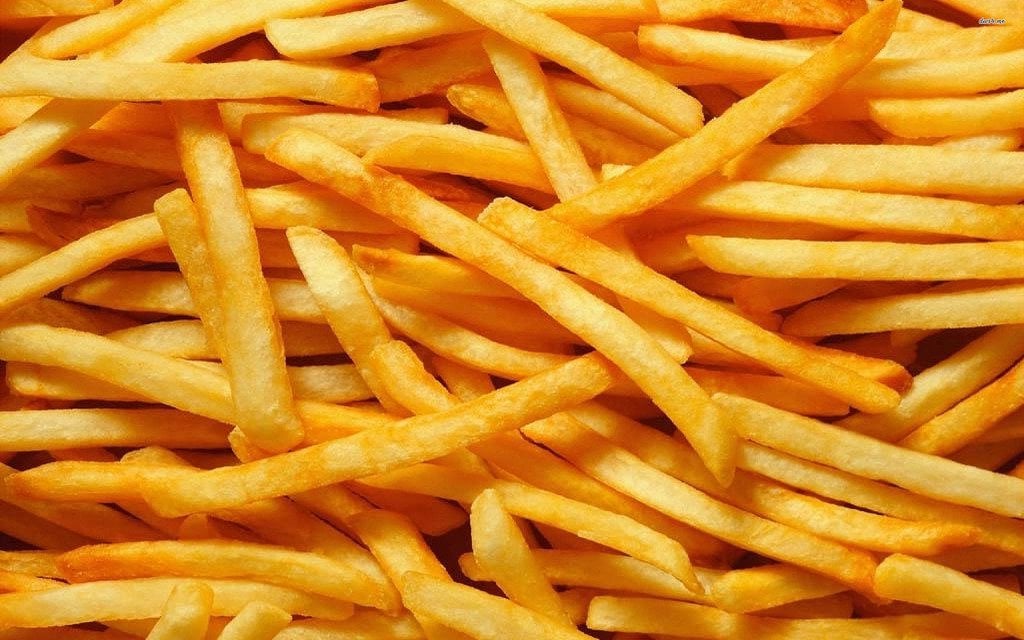 Aren’t these the best things ever? (Photo Credit : Flickr)

While salivating at the sight of thinly cut potato strips frying in oil, I can’t help but notice that a few minutes into the frying process, the fries begin to float. This is something you will observe not only with fries, but basically every food item that you fry in oil.

Why does it happen? Why does frying something makes it float?

Deep fat frying is a very popular cooking method that involves submerging a food item in extremely hot oil to the point that the former reaches a safe internal temperature. A properly-cooked deep-fried food is crispy on the surface and is cooked to perfection in the center. Some of the most common food items that require deep fat frying include French fries, potato chips, fried chicken, etc. 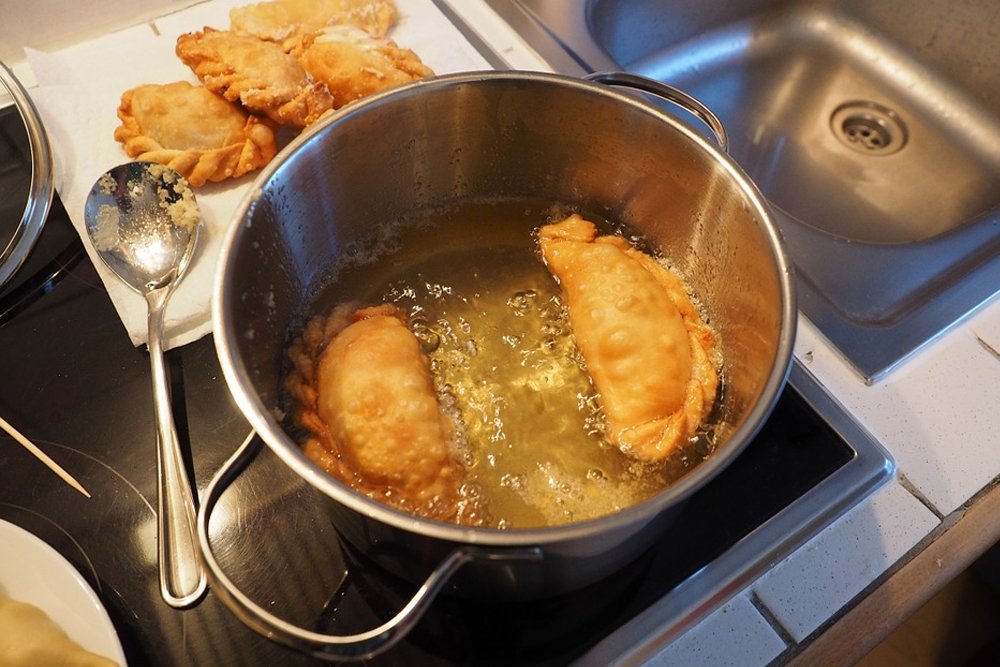 Most foods that you fry have some amount of water in them. That’s actually what microwave ovens rely on in order to heat food. A microwave oven has a small component called a magnetron, which produces microwave rays that excite and vibrate water molecules. This vigorous motion of water molecules creates intermolecular friction, which generates heat to cook food. If there were absolutely no water content in a food item, microwave ovens wouldn’t be such a common household product. 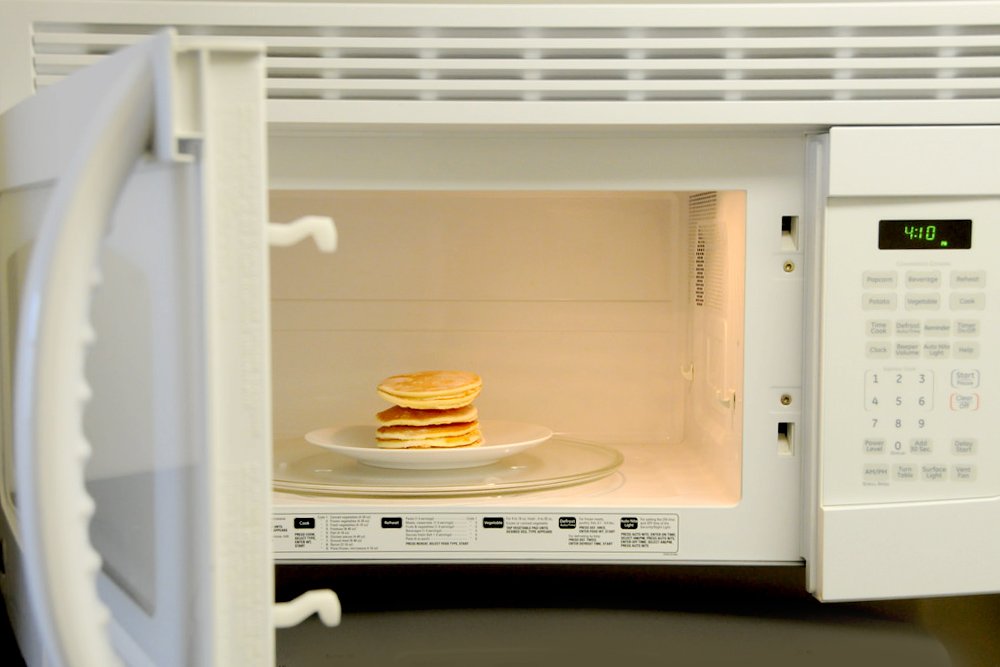 A microwave oven relies on the water content of food items in order to heat them. (Photo Credit : Flickr)

Coming back to the main topic, all food has some water content in it. Now, when you heat that food in the presence of oil, the heat slowly turns the small amount of water within the food into steam. This steam starts to rise and pushes against the crust of the fried food (such as fries). This is why fried food often becomes puffy—thanks to the trapped steam.

Heat changes the density of food

When you fry a food item, such as French fries, its density becomes less than the oil in which it is being fried. You see, density is a characteristic property of a substance that signifies the relationship between the mass of the substance and how much space it takes up (volume).

Mathematically, density is represented as the ratio of mass to volume of a substance. 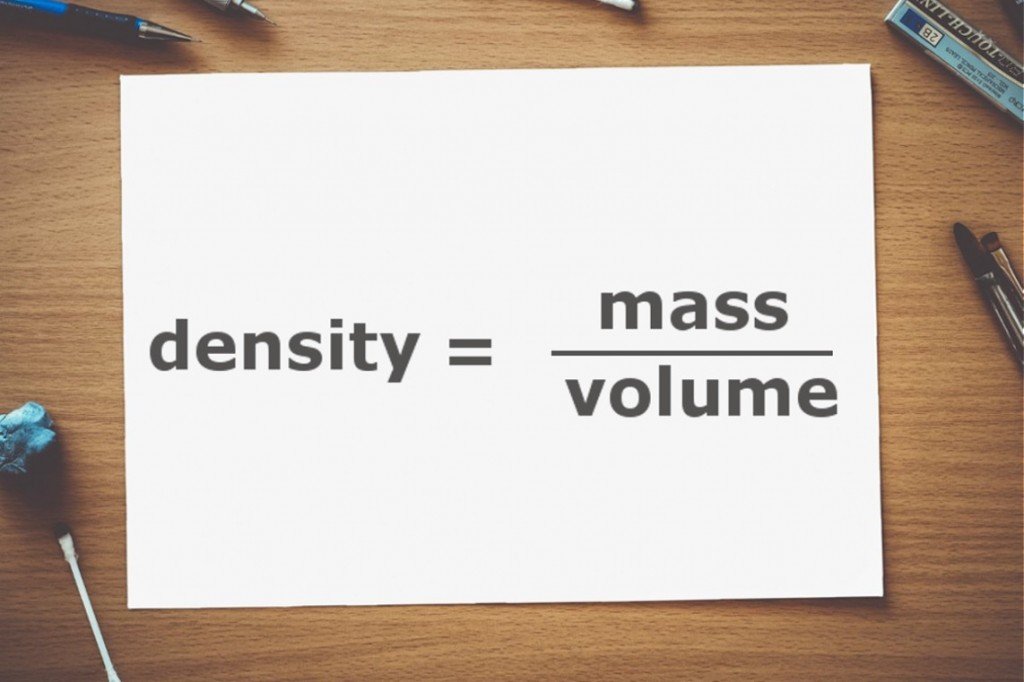 As heat is applied to fries, they lose part of their mass (as the water turns into steam) and their volume increases. This reduces the density of fries, and voila! they start floating in the oil after just a few minutes of being heating up.

Water is heavier than oil, but the process of frying makes the food less dense than the oil surrounding it, thus making it float.

However, deep frying oil can reach temperatures of over 400 degrees Fahrenheit. Also, cooking oil is a highly flammable liquid. This is why it’s very important to take extreme safety precautions to prevent the risk of starting a fire or burning oneself.