The primary method of detecting submarines is by using SONAR – SOund NAvigation and Ranging. This is done by dropping a sonobuoy into the water, which transmits data back to the aircraft. If a match is found, another active buoy is deployed to confirm the presence of the submarine.

There are so many ways in which ships are different – or even better – than submarines. Ships are much larger, have more capacity, can transport incredible amounts of cargo, can house and launch some of the most powerful weapons known to man… there are simply too many areas where ships are the obvious choice over submarines.

However, the defining advantage that a submarine has over a regular ship is that the former can disappear from sight as and when it chooses. The ability of a submarine to dive and travel while staying underwater makes it one of the most enviable machines operating in the world’s waters. 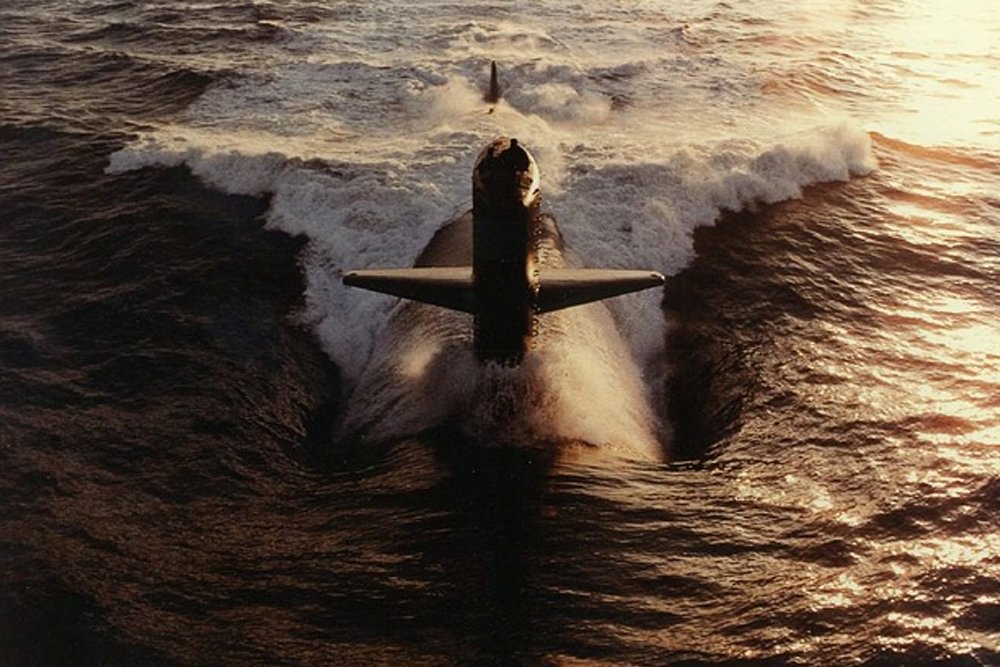 A submarine can act as a formidable weapon against an unsuspecting enemy vessel. (Photo Credit : Pixabay)

In fact, that’s why German leadership deployed attack submarines (called ‘U-boats’) in international waters to ambush and disrupt the movements of enemy vessels during both world wars. In those days, it was next to impossible to detect the presence of a submarine beneath the waves; both military and merchant ships had no way of knowing if there was a submarine close by!

Thanks to the development of sonar and other military tech, however, submarines can now be located much more precisely not just by ships in the vicinity, but also by aircraft flying at thousands of feet above the surface of the water!

There are a number of ways to detect the presence of submarines underwater, but in this article, we’re going to discuss the one that is used by most military aircraft to detect and confirm the presence of a submarine in a given region.

The primary method of airborne anti-submarine warfare involves using SONAR – SOund NAvigation and Ranging. Simply put, SONAR is a technique that relies on sound waves to detect/locate objects in a particular region. You can read about SONAR in more detail in this article.

There is a specially-designed object – called a sonobuoy – that actually implements the SONAR principle to detect submarines underwater.

A sonobuoy is a portable sonar system that, when dropped from an aircraft or a ship, can help in detecting submarines and conducting underwater research. 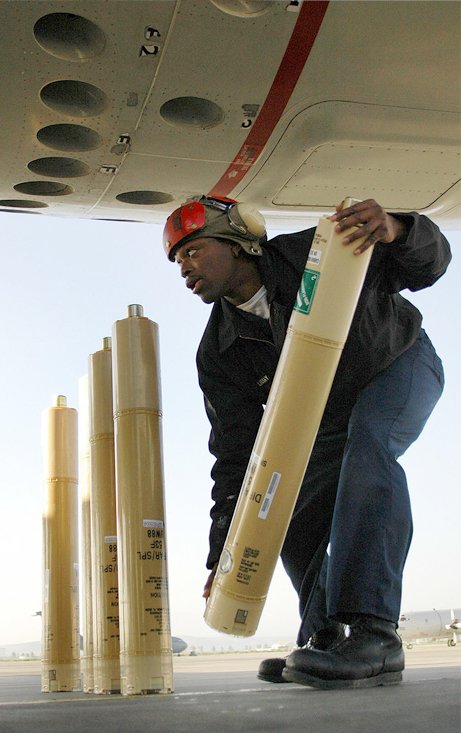 Sonobuoys are packed in canisters and installed in the aircraft. They are ejected from the aircraft when the latter passes over a specific region above the water.

There are three main types of sonobuoys: active, passive and special-purpose sonobuoys, which are used in accordance with the nature of the mission.

An aircraft (deployed on an anti-submarine mission) usually has a ‘target area’ where it’s tasked to look for a submarine operating underwater. The size of the target area depends on the type of submarine for which the aircraft is supposed to be looking. For example, nuclear submarines have more mobility, so the aircraft crew would have a larger target area if they’re looking for a nuclear sub. 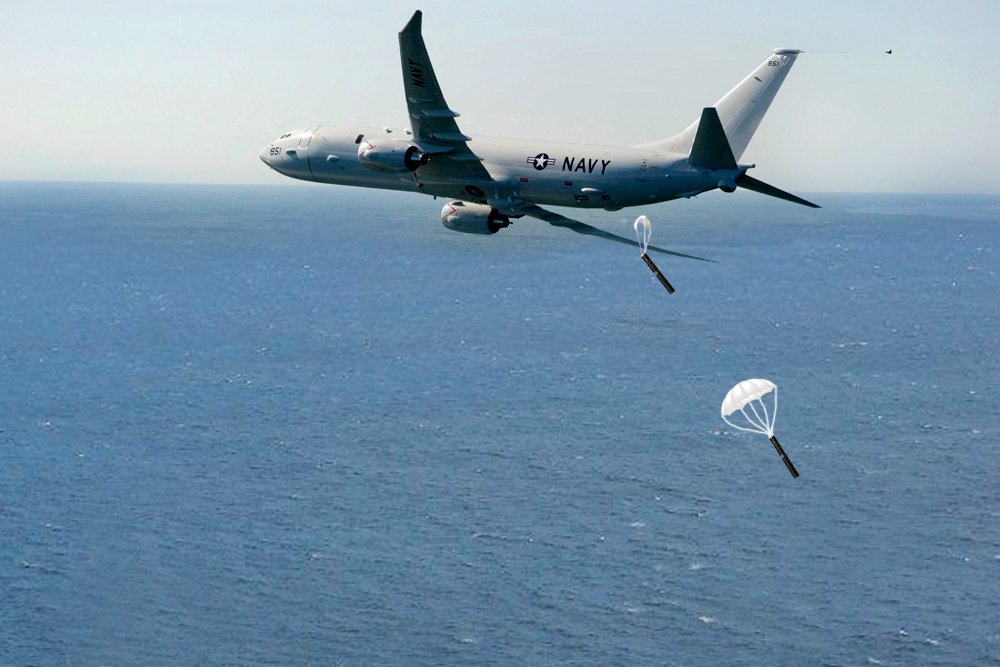 The moment a sonobuoy splashes on the water’s surface, it deploys. It can be pre-programmed to drop to any depth in the range of 90-1500 ft (27-457 meters). It consists of a radio frequency antenna at the top, which remains above the surface, a sail that remains just below the surface of the water to keep the sonobuoy stable, and a transducer at the end that collects acoustic energy from its surroundings and converts it into electrical energy, which is transmitted to the aircraft through the RF antenna.

The data that the deployed sonobuoy transmits will show up on the onboard computers of the aircraft. The operator then compares this data with their database, and if a match is found, it’s assumed that there is a submarine nearby. 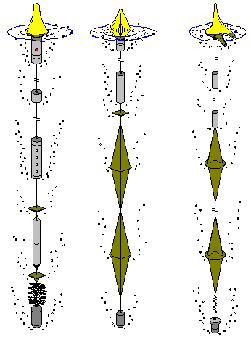 However, in order to actually confirm the submarine’s presence in that region, another buoy, this time an active one, must be deployed. This buoy emits acoustic waves in all directions underwater. When these waves hit a submarine nearby, they bounce back and return to their ‘parent’ buoy.

This not only confirms the presence of a submarine in the vicinity, but also helps ascertain its position underwater, which is the best piece of information the aircraft crew on an anti-submarine mission could hope to obtain.

There are a few other methods, such as Magnetic Anomaly Detection, which further corroborate the work done by sonobuoys. However, as far as the detection of enemy submarines is concerned, sonobuoys are the first and most popular choice for navies all over the world!