The “stars” that you see when you bump your head are actually just the result of your brain being jarred. When you hit your head, your brain is quickly snapped backwards and then forwards again. This sudden movement can disrupt the flow of blood in the area and also affect the nerve cells. The nerve cells then start randomly firing electrical impulses, which tricks your brain into thinking that it is seeing stars.

The chaotic discharge of energy tricks the brain into thinking that it is seeing a twinkling array of lights without any discernible order or pattern. However, this effect doesn’t last for too long.

If you’ve never cracked your head on something at some point in your life, then you’re very lucky, and should probably stop living in such a safe little bubble. However, for those of us who have ever walked into an open cabinet, taken a bad fall, or been smacked with the backside of a 2×4, we know what it feels like for our noggin to take a beating. Aside from the pain and the inevitable bump on our skull, a peculiar thing happens when we sustain a head injury – we end up “seeing stars”. 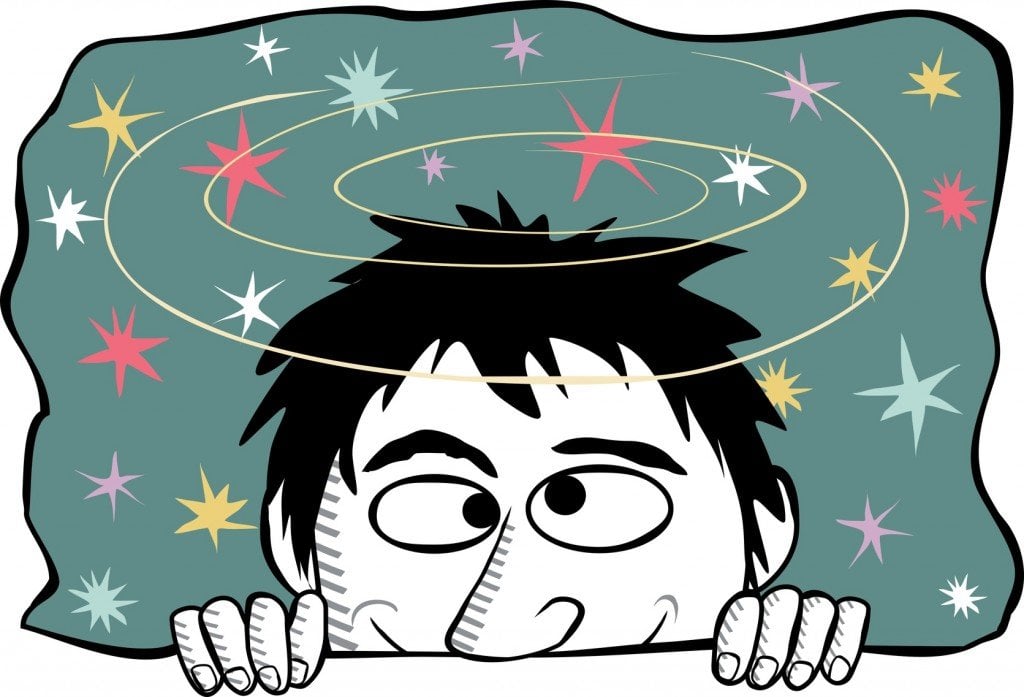 If you get hit hard enough, you end up seeing darkness, but somewhere between a bump and a knockout blow, this phenomenon occurs, but why?

A Bump To The Brain

Humans have evolved over hundreds of thousands of years to protect the most important part of our anatomy – the brain. Our grey matter is surrounded by something called cerebrospinal fluid, which acts as a cushion for our brain. When we turn our heads suddenly, bang our forehead on a table, or rock out to our favorite song, our brains move in accordance with the impact, but doesn’t bang against the sides of our skull too hard. 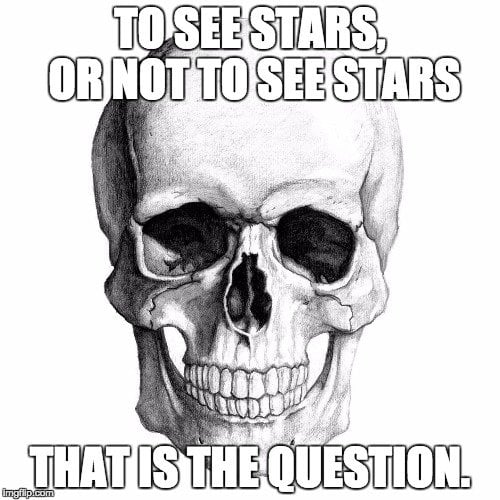 Also Read: Why Does Squinting At A Light Make A Plus Sign Shape?

However, in more extreme cases, when we hit our heads with more velocity (or when an object hits us with great speed), something different occurs. Let’s take the example of getting punched in the face. When the blow lands, our skull will snap back, at which point it will hit the front part of our brain. When we fall to the ground and bang our head on the ground, the skull will then be shoved forward, hitting the back part of the brain, namely the occipital lobe. This rapid impact can disrupt the flow of blood in that area, and can also affect the huge amount of nerve cells at the back of the head.

This rapid movement of the skull and its impact on the brain is what causes us to “see stars”, because the occipital lobe is where the visual cortex is located.

When we open our eyes and look around, those nerve impulses are translated into images in the tissues of the visual cortex. Essentially, that is how we see the world around us. However, when those tissues are impacted so violently (by the skull snapping back against the occipital lobe), the nerve cells at the back of the head discharge a waterfall of electrical impulses, which scatter through the tissues. 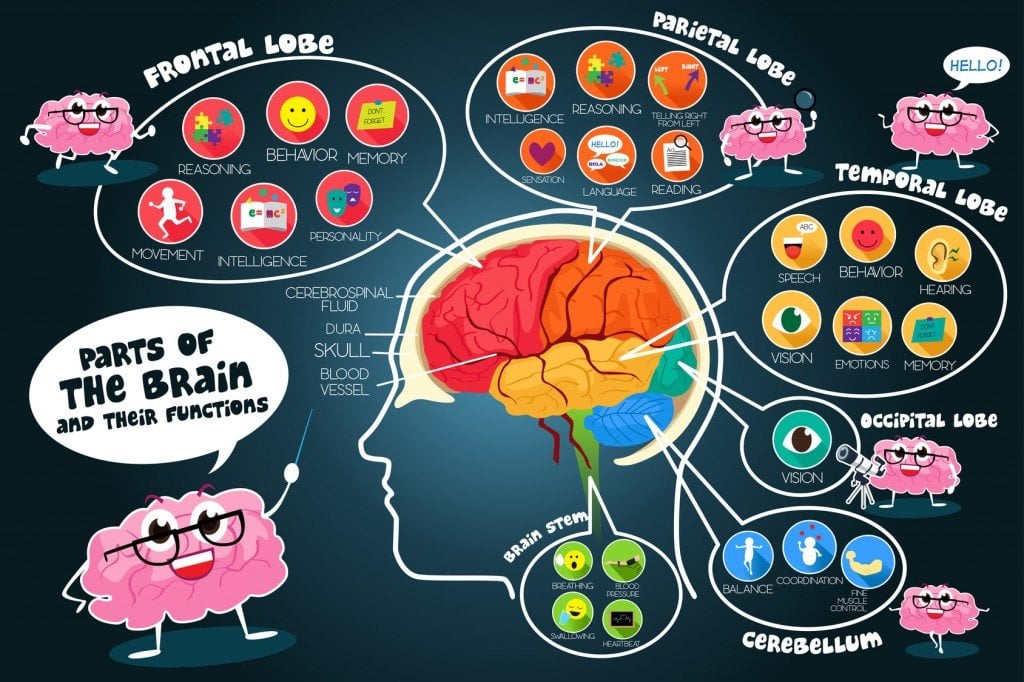 The Functions of the Brain (Photo Credit: artisticco / Fotolia)

This chaotic discharge of energy tricks the brain into thinking that it is seeing a twinkling array of lights without any discernible order or pattern. This effect doesn’t last for too long, however, and as the tissues return to normal and the pressure is eased from those nerve cells, the stars will gradually fade. “Seeing stars” is harmless, although whatever caused you to see those stars may do some real damage.

You can artificially create the same experience by rubbing your eyes in the morning when you wake up. You are putting abnormal pressure on the optic nerves behind the eye, which translates to a confusing jumble of signals for the visual cortex to process. Again, that interruption of normal blood flow and pressure generates these false images of “stars”, which are essentially the random firing of electrical impulses through your visual nerve center.

While looking up at a star-filled sky can be a transcendent way to view the world, sustaining head injuries to replicate that experience isn’t a very wise choice. Protect your brain at all costs!