According to current research, we look up while thinking because the same brain structures involved in thinking evolved from pre-existing neural connections for searching visually. The same reason you move your eyes to search for a physical object may also play a role in your eye’s movements when searching for answers.

Have you ever found yourself looking up—gazing at the heavens—when contemplating a truly challenging problem? if you’re wondering where that instinct comes from, it’s not because you’re begging the Universe for help. We’d like to think this trait is unique and characteristic to each of us, but most people actually do this. When we’re thinking, we don’t look up with the actual intention of looking up. It also doesn’t necessarily have to be the sky. Some people stare at empty walls, an innocuous spot in the far-off distance, or even just a cluster of specks on the floor.

The key theme here is the inconspicuous nature of the object that we look at, because our main objective is to just tune out any external stimuli. 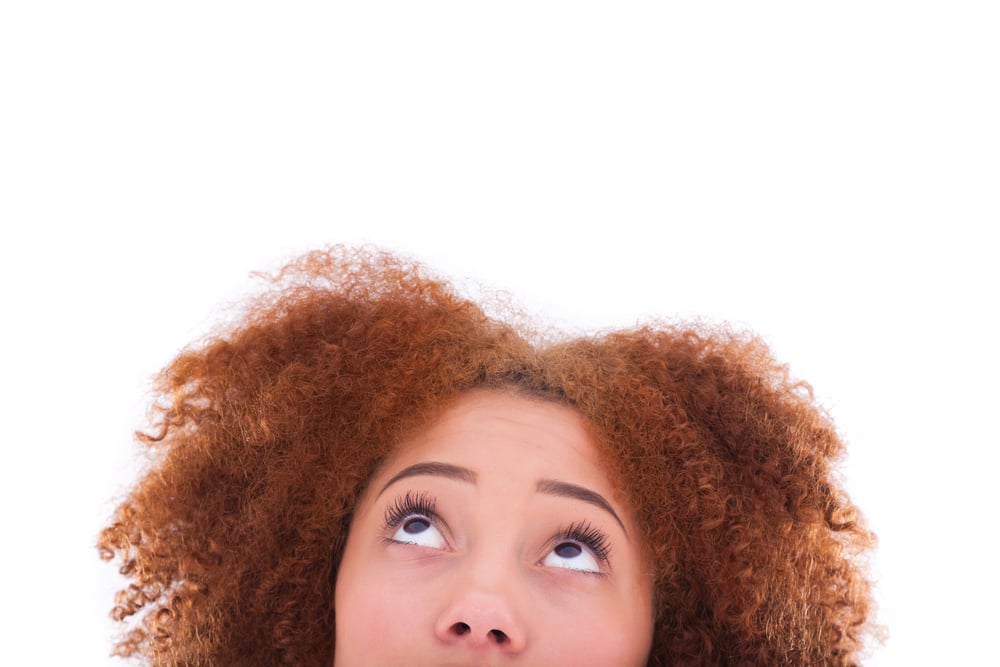 Think about it. When you’re staring up at the clouds, how much stimuli is actually there to distract you? On any given day, you will see a few clouds or maybe a few birds. At an opportune moment, you may even see an airplane or helicopter passing by. But even if we consider the noises that all these objects create, they are ambient and relatively non-distracting sounds.

Additionally, they’re fleeting sounds and don’t require a lot of active thought to process. In fact, other than perceiving the sensation of their sound, we don’t process these sounds any further or attribute any critical thinking processes to them.

Ideally, when we think or perform any sort of cognitive process, we simultaneously aim to reduce distractions by eliminating any forms of external stimuli. We do this by looking at empty nothings (blank walls, the sky, etc.). This switch in behavior from actively paying attention to our surroundings to then looking at empty space is characterized by a reduced tendency to analyze and process our surroundings. Essentially, we facilitate a transfer of all our mental faculties from external to internal stimuli.

What Happens When We Stare At Emptiness?

Research on this began as early as 1890. William James, widely regarded as the father of American psychology, noticed a possible relationship between eye movement and perceived cognitive activity. He gathered that when he engaged in deep thought or reflection, he often found that he disengaged from the outer world.

He observed that he often found himself with his eyes rolled upwards and outwards. He believed this was a deliberate attempt to remove focus from all external stimuli. He likened this type of eye movement to the type he believed also occurred when we went to sleep. In both of these instances, we tend to try tuning out worldly distractions.

In his book ‘The Principles of Psychology, he made the following comments about this connection:

“When I try to remember or reflect, the (eye) movements in question, instead of being directed toward the periphery, seem to come from the periphery inward and feel like a sort of withdrawal from the outer world. As far as I can detect, these feelings are due to an actual rolling outward and upward of the eyeballs, such as I believe occurs in me in sleep, and is the exact opposite of their action in fixating a physical thing.” 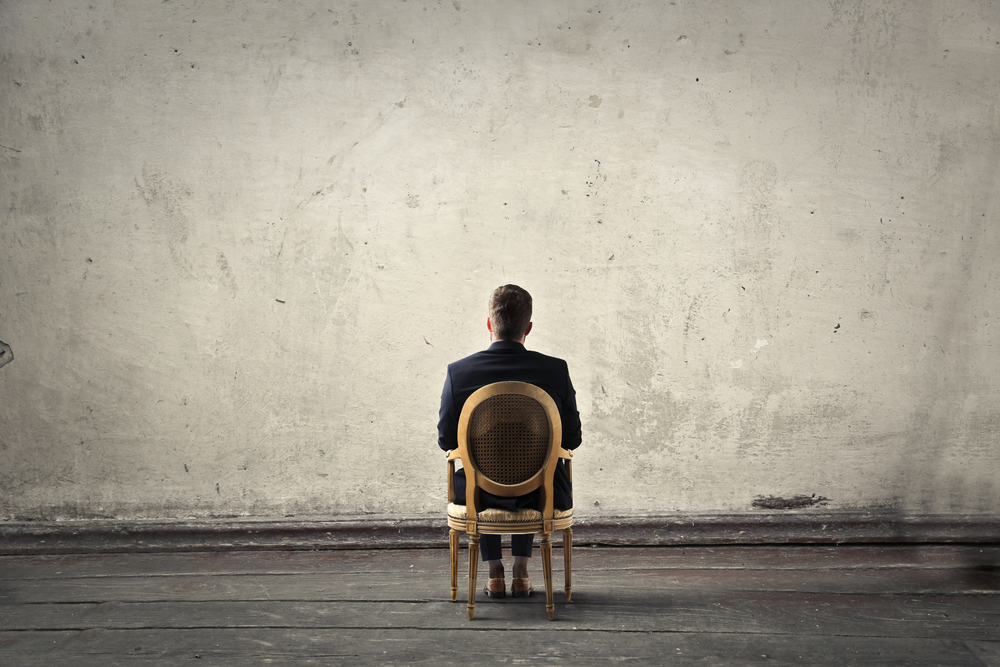 A man sitting in a chair, staring straight ahead at a blank wall. (Photo Credit : Ollyy/Shutterstock)

Why Are Eye Movements Associated With Memory?

This explains why, when we access our long-term memory to think (to search for non-visual information), the way we move our eyes is similar to the movements that would occur when processing real visual inputs.

Conversely, when we finally find the information we need and focus on it, our eye movements reduce drastically, and we tend to stare, as if we are actually focusing on an object far off in the distance.

Let’s consider an example. Think about a determined student burning the midnight oil and poring over his numerous worksheets, trying to recall a series of complex formulae to solve an algebraic equation and crack the value of x.

He closes his eyes to concentrate, yet behind his closed eyelids he can still feel his eyes rapidly moving until he finds the formulae he’s looking for. Then, with an intense focus on what he’s found, the eye movements seem to cease.

It’s as if his eyes are focusing inward and actively looking at the formulae in his brain. How many times have we been in a similar situation, put our hands behind our heads and either turned to the skies and closed our eyes or stared right ahead of us at a blank wall with unflinching focus? Probably quite a bit! 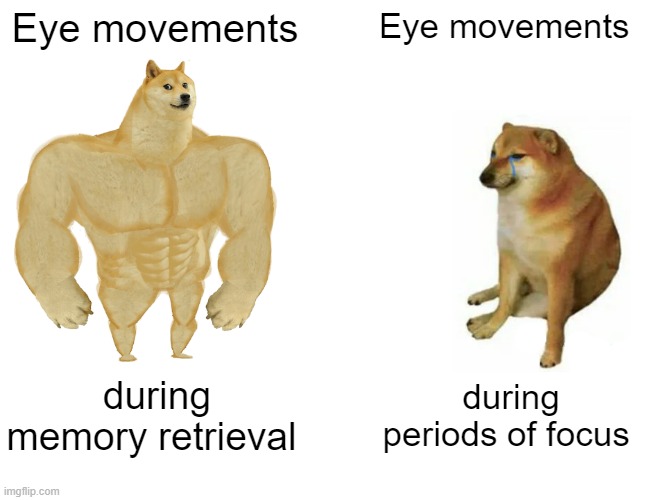 Essentially, as the demands of our memory change, the types of eye movements we display will also vary accordingly.

More importantly and contrary to popular opinion, thought processes aren’t dictated by head movements! Rather, it’s all in the eyes. A link between eye movement and thought or cognitive processes has been well-established since the 19th century.

It’s easy to see why most of us look to the heavens when thinking, as though we are trying to converse with God. In increasingly desperate times, we might be praying, but we are also actively looking up to tune out the noise of our surroundings.

So, the next time you find yourself deep in thought, do yourself a favor and stare at an empty wall or straight down at the ground. You might not find all the answers you need, but you will find yourself thinking easier and will likely gain a greater sense of clarity.