The areas of our body that are most commonly ticklish are also the most vulnerable to attack and the least protected. The ticklish areas of our body are also the site of high concentrations of nerve endings, which makes them more sensitive to touch. When we laugh as a result of being tickled, the hypothalamus kicks into action and launches the fight or flight response. The squirming that often accompanies a tickle attack may also be an instinctive defense mechanism to compress that part of the body and make it less open to attack.

Of all the mysterious behaviors of the human body, few things are as strange and hotly debated as our response to being ticked. While that may sound strange, the uncontrollable laughter, spasms, and panicked squirming when certain parts of our body are gently touched or tickled is very weird.

The thing is, the bottom of your foot may send you into a cackling fit, but the same pressure on your forearm probably won’t elicit anything close to the same reaction. Why is there such a dramatic difference, and what makes certain places on our body so much more vulnerable to being tickled?

The Science of Tickling: Not All Fun and Games

Some of the greatest scientific minds of past generations have taken a stab at explaining human reactions to being tickled, and despite the laughter than inevitably accompanies being tickled, experts have determined that being tickled is not related to humor. There are a number of connections between laughter and being tickled, most of which relate directly to nerve stimulation and brain activity – not some great anatomical joke.

When the nerve endings in your epidermis are stimulated, they engage two different parts of the brain – one that analyzes touch and another that regulates pleasurable feelings. Furthermore, when we laugh as a result of our tickle reflex, the hypothalamus kicks into action and launches the fight or flight response. The sensitive areas of our body that are commonly ticklish are also the most vulnerable to attack and the least protected (e.g., bottom of the feet, armpits, rib cage). Therefore, when they are stimulated, the instinctive laughter may act as a natural sign of submission to one’s attacker, which may cause the unpleasant stimulation to cease. The squirming that often accompanies a tickle attack may also be an instinctive defense mechanism to compress that part of the body and make it less open to attack.

The areas that are “ticklish” are also the site of high nerve concentrations, such as the bottom of the feet, which are packed with Meissner’s corpuscles, which are highly sensitive nerve receptors linked to the somatosensory cortex. This increased sensitivity, as mentioned in the paragraph above, may help us react faster when a threat is detected (or felt) at those points on the body. Tickling an animal teaches the body to react quickly when a threat approaches a sensitive area, and also provides negative reinforcement if a person fails to react (being tickled mercilessly until you cry, for example…)

The Social Side of Tickling

While that may explain the physical reaction that we have to tickling, the bizarre blend of pleasure and pain is still a bit of a mystery. Scientists have been fascinated by the social aspects of tickling for many years, primarily because tickling is one of the first physical interactions that mothers have with their children. Tickling a baby is a primal interaction within humans, as well as other primates and mammals, and helps to develop social, cognitive, and emotional bonds. 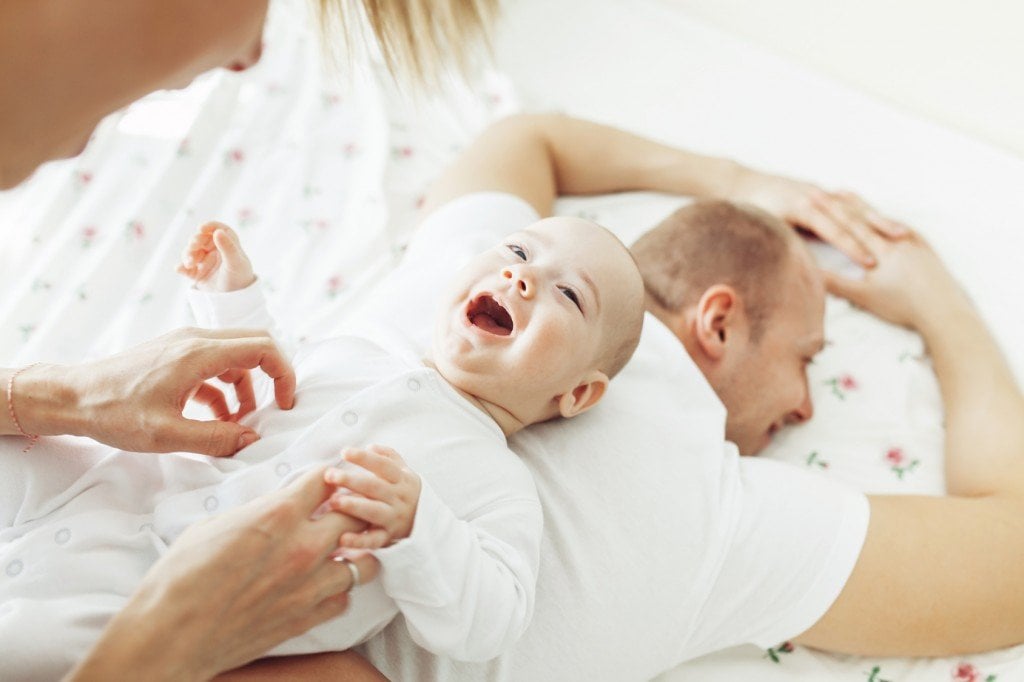 This early method of communication carries over into childhood social interactions as well, and tickle fights are common between children, again helping to establish social interactivity and commonality. Furthermore, a relatively safe activity like a tickle battle helps children learn about sensitive, vulnerable parts of their body, imprinting an unconscious response to those areas, which may explain why we laugh or flex our muscles even when we are simply threatened with tickling, before any physical contact is made.

But Why Can’t I Tickle Myself?

A great deal of the tickle reflex is based on surprise and a foreign object/person coming in contact with those sensitive areas. If you are consciously trying to tickle a vulnerable area of the body, your brain is controlling how hard you are pressing, the exact location, speed, and duration of the “tickle”. Therefore, the flight or fight response isn’t engaged, as little threat is perceived. Essentially, you can’t surprise yourself, so tickling yourself becomes nearly impossible. 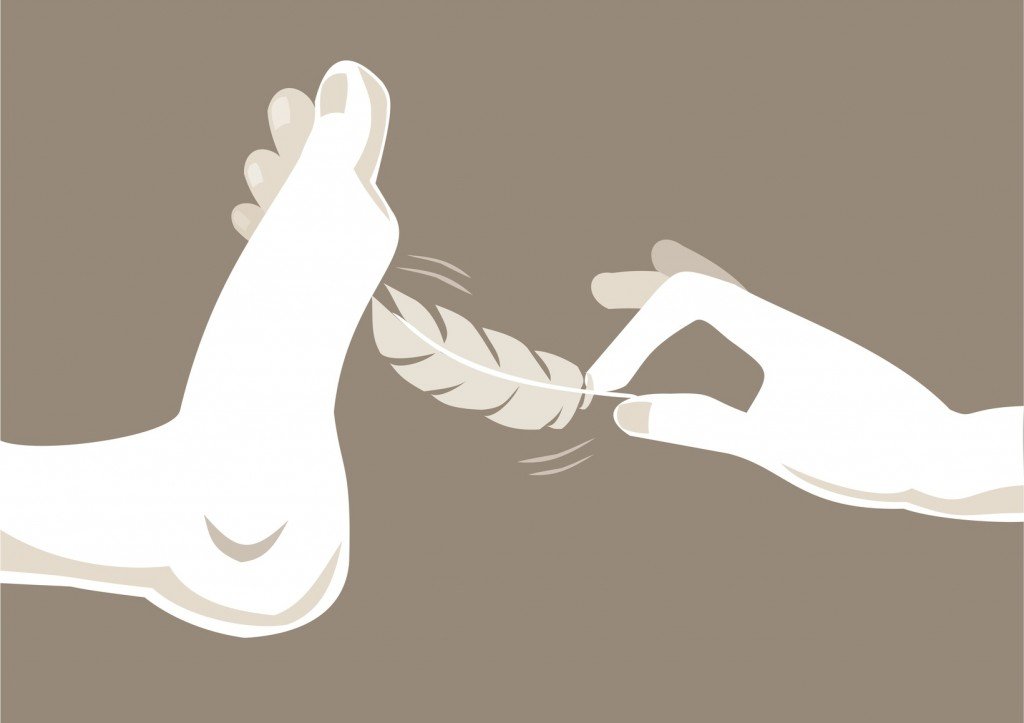 Knismesis might not make you laugh, but it certainly itches… (Photo Credit: wickerwood / Fotolia)

That being said, there are two different types of tickling reflex: gargalesis and knismesis. The former is the more intense tickling done by other people, concentrated on ribs, armpits, toes, etc. Knismesis describes the reaction we have through light stimulation on the skin, which often generates an “itch”, rather than a tickle. It can be hard for us to generate the laugh-inducing gargalesis on ourselves (with the occasional exception, like on the roof of our mouth), but knismesis can be artificially generated. Lightly brushing a feather or another object on a ticklish area of the body can generate that familiar “itch”, but will rarely have us rolling on the floor, convulsing uncontrollably, as we might do during a full-on tickle assault.

Now you know… next time someone comes into your personal space to tickle you, perhaps they are just trying to socially bond with you, or reminding you to do a better job of protecting your vulnerable areas!