The juncture between the axon terminals of one neuron and the dendrites of another is known as a synapse. Neurotransmitters are chemicals released by axon terminals which help in carrying signals across synapses. Examples are noradrenaline and epinephrine.

Our body has a huge number of neurons. How many, you ask? Well, the human brain alone boasts around 86 billion neurons. That’s a very big number! These neurons are a part of our nervous system, which plays a very important role in our lives. It receives signals, processes them, and then decides and executes the appropriate outcome. As any system does, the nervous system has its own functional unit – a neuron. These neurons run throughout our body, intercepting signals and passing them to the brain or spinal cord. These neurons send information in a special manner, through synapses!

Structure Of A Neuron

To understand what synapses are and how they function a quick description of the neuron is necessary.

Neurons can seem pretty complicated, but their basic structure is quite simple. There are three broad parts – a cell body, a long (sometimes very long) axon and axon terminals. The cell body that contains the nucleus and extending from it are long dendrites that look like branches from a tree. In neuron communication, it is these dendrites that receive the signals. On the other end is the axon, which is a long, thin structure like the tail of the neuron. It is responsible for conducting or passing on the signals. 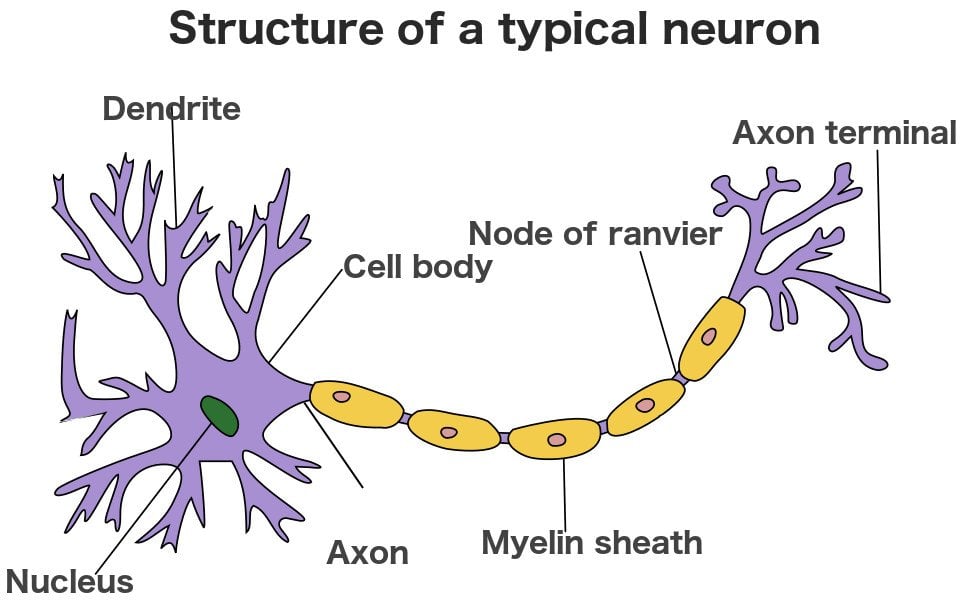 From the cell body extends the axon. It is a long tubular extension of the cell and, the axons of some neurons are covered with a myelin sheaths. These myelin sheaths aren’t continuous, there are gaps or nodes present between the myelin sheaths called the nodes of Ranvier. The myelin sheath helps in the faster conduction of signals. A neuron will have many dendrites, but only a single axon.

Also Read: How Is Electricity Generated By Neurons In Our Brain?

The juncture between the axon terminals of one neuron and the dendrites of another is known as a synapse. Synapses can be either electrical or chemical.

In a chemical synapse, axon terminal sends information by releasing certain chemicals called neurotransmitters that is then sensed by the dendrite of the other neuron. In electrical synapses, neurons are physically connected to  each other through channels called ‘gap junctions’, causing direct electrical transmission. 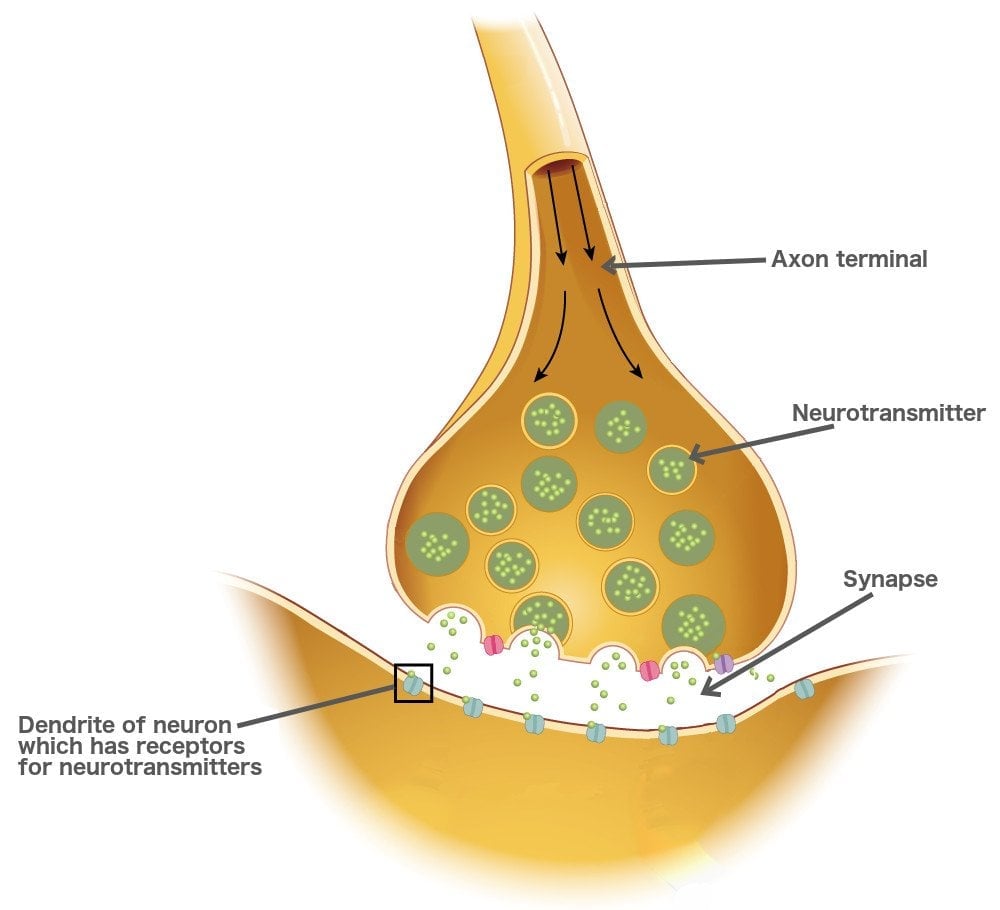 Some examples of neurotransmitters are norepinephrine, dopamine, and serotonin. Once these transmitters have evoked the desired response in the next neuron, they are either taken in by the axon terminal from which they were released or glial cells like astrocytes, or they are destroyed. This is a necessary step, as it prevents the same signal from being sent over and over again, even when its stimulus ceases to exist. For example, to contract a muscle, the appropriate motor neurons release the neurotransmitter acetylcholine. If acetylcholine is not degraded (or removed from the site), then the muscle would constantly contract!

Given that the signal being conducted by the neurons is in the form of an electrical impulse, the synapse helps modulate signal being transmitted by using neurotransmitters. This is not possible in electrical synapses, where there is direct and instantaneous signal transmission from one cell to another.

Some neurons though are connected through electrical synapses unlike the chemical one discussed above. This isn’t as common at the neurotransmitter mode to communication, but they exist. The axon terminal of these neurons is connected by gap junctions. These gap junctions are small channels that connect the two neurons and allow ions to freely pass through them. This makes passing the signal faster than the chemical synapse.

Synapses are present throughout our body. Our neurons fire signals at astonishing rates, and thus our synapses have to be very efficient at conducting the signals. Even though we perform multiple tasks at a time, our neurons and synapses never mix up the signals, thus ensuring the smooth functioning of the body.