Thoughts are generated in the brain, which is composed of 100 billion nerve cells that transmit impulses through the synapses. Thoughts are electrochemical reactions.

We process almost 80,000 thoughts every day. Have you ever wondered what they’re made of? And is there a way to measure them? Are we really thinking while doing something or does the brain occasionally leave our life on auto-pilot? Have you ever thought about your thoughts?!

Thoughts are our perception, ideas and beliefs about the world. This mental cognition is the glass by which we see our existence. It acts as a filter for how we perceive the world. We’ve all heard about “attitude”, which is often a word with a negative connotation. A ‘long-lived’ thought becomes an attitude, and this can be positive or negative.

Why Are Thoughts Important?

Thoughts influence our emotions. Thinking about a tough exam can trigger stress and anxiety within us. Thinking about a loved one can induce feelings of happiness and warmth. Our thoughts then influence our behavior. For example, if you have negative thoughts about dogs, you will be very alert and vigilant when you’re standing near one. You might even try to shoo the dog away. Our collective behavior then makes up our personality. If a=b and b=c, then a=c.

What Are Thoughts Made Of? 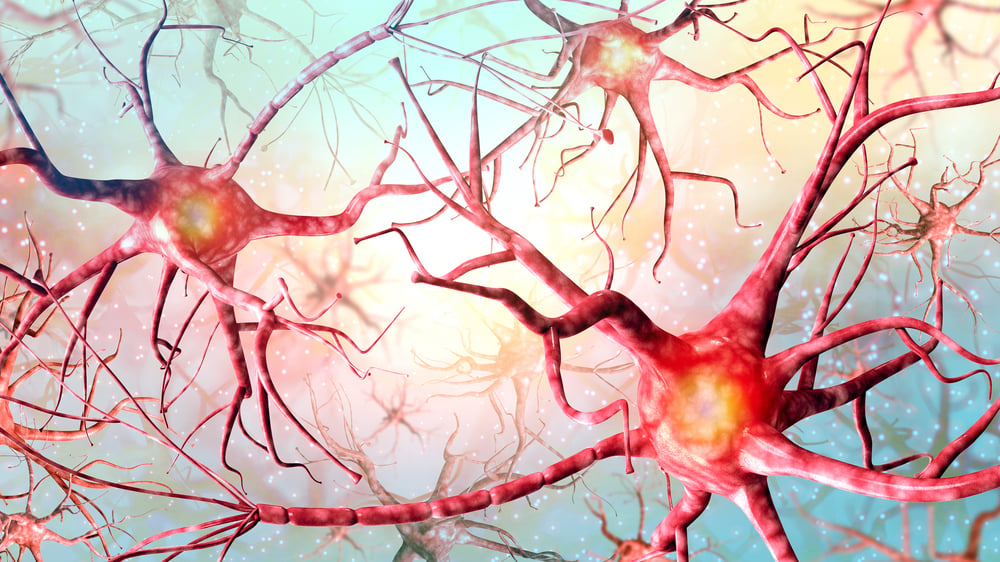 There are billion nerve cells in the brain. (Photo Credit : Romanova Natali/ Shutterstock)

Thoughts are generated in the brain, which is composed of 100 billion nerve cells that transmit impulses through synapses. In other words, thoughts are electrochemical reactions. What makes it difficult to track is the complexity of the reactions. The firing of neurons can range from one signal per second to 1,000 signals per second.

We humans always underestimate the capacity of our bodies. Can you imagine the amount of neurotransmitters fired while reading this one line? As you’re reading, the photons of these letters are hitting your retina. They are then being detected by the light-detecting cells, which turn into an electrical signal. This electrical signal is carried by the neurons or nerve cells and, like the domino effect, quickly spreads to neighboring neurons. Within a fraction of a second, billions of neurons are activated by this electrochemical signal without you even realizing!

The changes that occur when we emote or change facial expressions can be recognized by brain-imaging tools. However, the process of turning these electrochemical signals into language, shapes and symbols, as well as assigning meaning to a signal, requires more research by neuroscientists.

Can We Measure Thoughts?

Well, perhaps not as precisely as we can measure our weight, but there are MRIs that check oxygen levels, dopamine levels or trying to identify brain activity during an invasive surgery.

During neurosurgery, a patient can be kept awake, and since the brain is exposed, neurologists can measure the response of the patient towards any stimulus such as showing a picture or words. This kind of study found that a single neuron can play a very specific role. However, we can’t always open someone’s brain and do that kind of research! Therefore, functional magnetic resonance imaging (fMRI) is used, which is a non-invasive technique, but it also might not be as precise as an invasive technique. Think of it as viewing a traffic jam from far away, you can’t get a clear picture of any individual car, but you’re aware that there is traffic. Neurons need oxygen to fire signals. Thus, an fMRI detects changes in the oxygen levels in the blood, revealing ‘thought hotspots’.

A new MRI sensor was developed at MIT, which measures dopamine levels. Dopamine is a brain chemical or neurotransmitter that carries messages or ‘thoughts’ between neurons. It also plays an important role in learning, happiness and movement.

Are We Consciously Thinking? What Is Our Adaptive Unconscious?

Sometimes there is a catchy song stuck in your head and you can’t help but hum along. Sometimes you drive from home to work without paying conscious attention, but you still manage to take the right turns, even while being completely lost in your thoughts. Cognitive neuroscience says that we’re only conscious of 5% of our cognitive activities. That means 95% of the time we are unconsciously conscious! That means our brain has adapted our mind and body to perform certain activities without constant awareness. This is called our adaptive unconscious. This adaptive unconscious saves us from making tedious calculations every time we make a turn and control the speed of the car simultaneously. It is a similar concept to muscle memory. Once you learn how to cycle or swim, you can’t really forget it. And you won’t have to maintain the same level of attention as you did when you learnt it the first time.

From the mystery of a billion neurons firing in a second, thoughts making us feel and behave in certain ways, determining our attitude and personality all the way to the unconscious thinking that controls our day-to-day activities, cognitive neuroscience is still only standing on the tip of the iceberg. There are many mysteries to understand when it comes to the functioning of our minds. It is as simple and as infinitely complicated as being human!