No, cars cannot explode and blow up in the air, as shown in high-octane movies, due to the lack of pressure and air.

One of the most overused, yet entertaining tropes in Hollywood movies is a car chase. Viewers love a fast, nerve-wracking, and intense car chase where all the cars (other than that of the protagonist) explode and crash all over the place. 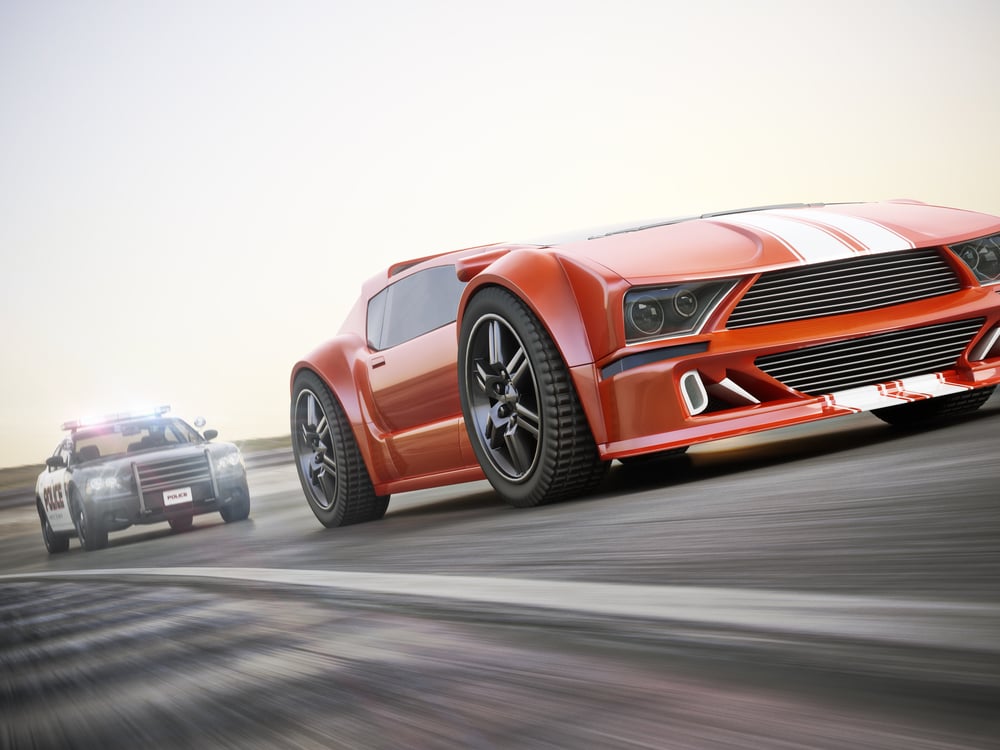 From a character lighting a gasoline leak that eventually explodes the car to a hero throwing a grenade towards a car as he walks in the opposite direction, things don’t always end well for cars in Hollywood.

But how much of that is real? Can cars really blow upwards into the air after exploding? Can cars even explode after such collisions? Let’s find out!

Ingredients of a car explosion

To understand if cars can explode and fly into the air upon impact, we first need to properly understand an explosion itself. 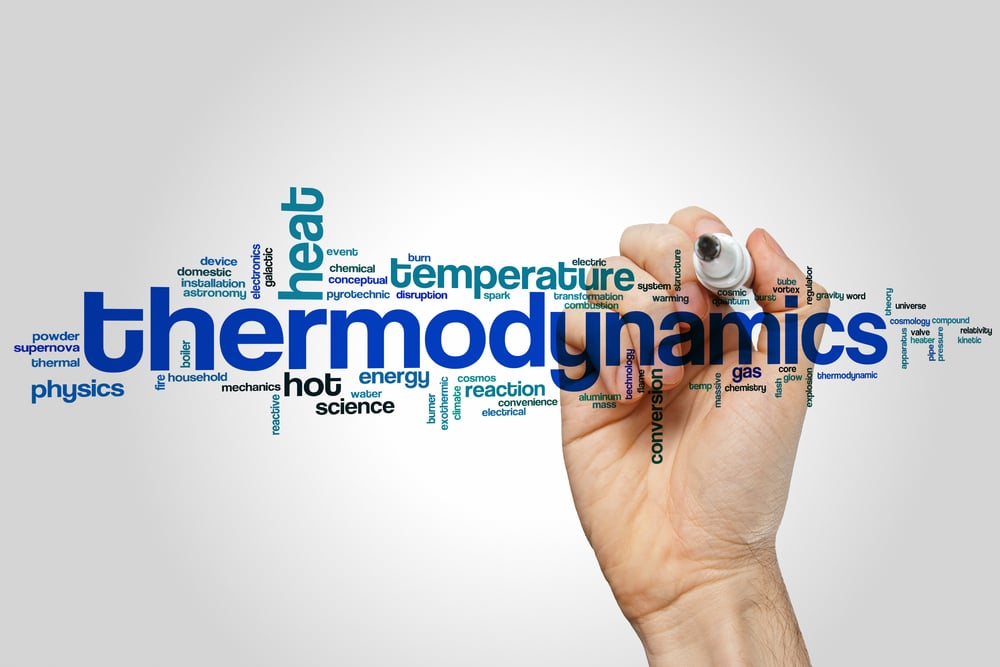 Thermodynamics is the study of heat, work, and energy. (Photo Credit : ibreakstock/Shutterstock)

All the processes that surround us in daily life can be explained by thermodynamics, a branch of physics that deals with changes in the heat and energy of a system.

In thermodynamics, we mainly study the properties of a system, such as pressure, volume, and temperature, and we understand how these properties change as energy and work (the ability of a system to do something).

All the processes we see around us, from the cooling of food in refrigerator to the flow of water from a water tank, come down to the changes in the quantities mentioned above (and a bit of entropy, which is the property of the universe to prefer chaos).

Looking at it from a thermodynamics point of view, an explosion is a very rapid expansion of volume, along with the release of a high amount of energy.

For an explosion to take place, we need gases that are flammable. These gases must be present in a confined place where they can be subjected to very high pressure.

However, as we already know, in order for something to burn, it needs an ample amount of oxygen. And ultimately, we would need a spark to set the flammable gases on fire.

So… can a car explode?

So, if there are small explosions inside a car, could there be big ones too?

A typical car engine works according to the laws of thermodynamics and can be thought of as a repeating process of 4 steps, hence being known as the 4-stroke engine.

The shaft is moved using pistons that go up and down. 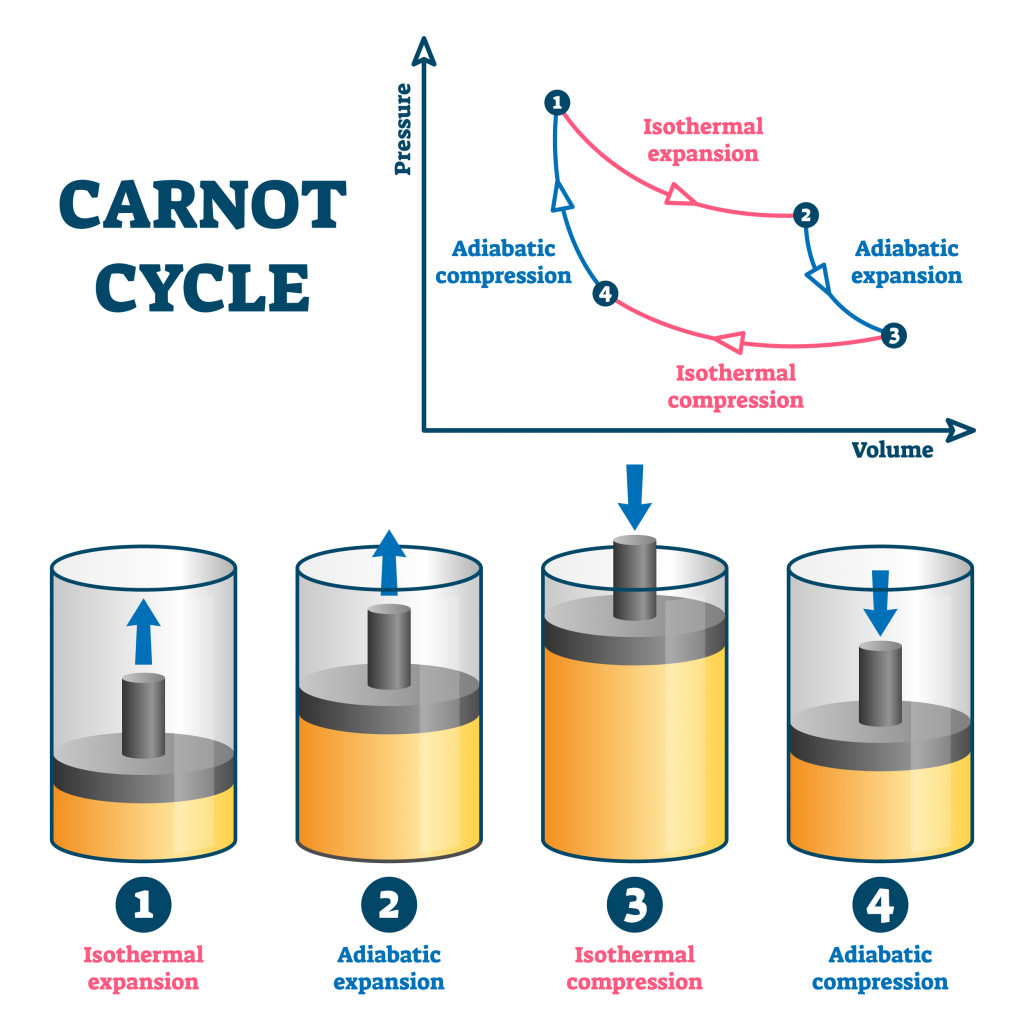 The principle of the Carnot cycle is used in a car engine. (Photo Credit : VectorMine/Shutterstock)

The piston first goes down by sucking air into the cylinder (the air/fuel mixture is let in through valves that open). This pushes the piston down. Once the valves close, the piston starts going up, thus compressing the air in the cylinder.

A small spark creates a very tiny explosion inside the cylinder (as explained earlier, compressed gas + spark + oxygen = explosion) that pushes the piston down.

Then the exhaust valve is opened and the air/fuel mixture is let out, making the piston go up.

These 4 steps continue happening in rapid succession, allowing the car to move forward. 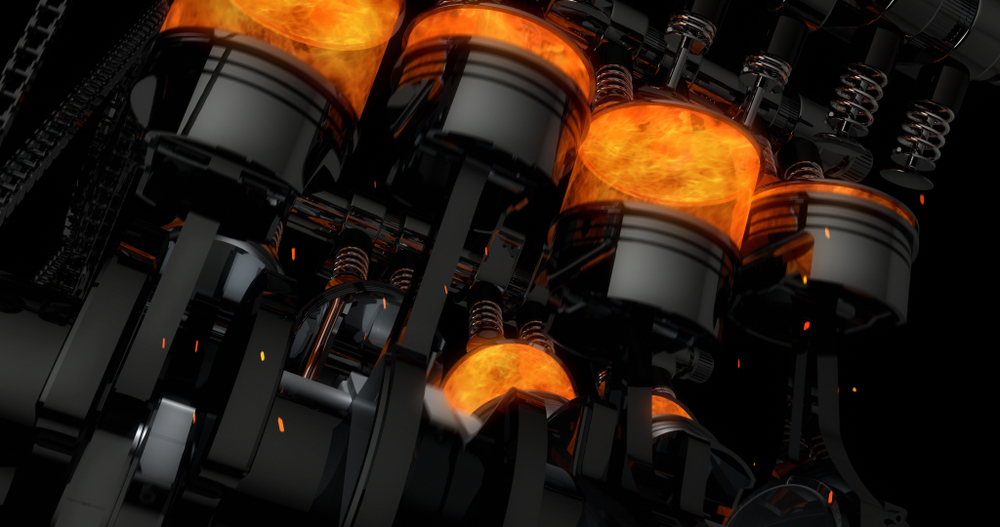 The pistons in a car engine. (Photo Credit : yucelyilmaz/Shutterstock)

If there are small explosions, can there be big ones too?

Given all that we just learned, there are certainly things in the car that are flammable and perhaps even explosive, so are the big-time explosions in movies correct?

The simple answer is… no.

A car contains gasoline, which is a very flammable liquid, but there are two things to note about it. Gasoline may be flammable, but it’s not explosive, and it isn’t gaseous inside the car either.

Gasoline is let into the engine in small amounts as a mixture with air, but there is not enough to cause a big explosion (only very small ones that are used to push the pistons, as shown above).

Another important factor is the spark, and collisions shown in movies do not create such a spark, especially inside the fuel tank.

A fuel tank is made to contain fuel, not to create pressure, so there isn’t enough pressure in the fuel tank to cause an explosion.

Contrary to popular belief (as set by movies), cars are not very prone to explosions, and even a car that is on fire is very unlikely to explode. The necessary conditions for an explosion to take place are not met after a car experiences a major impact.

Cars wouldn’t fly all over the place after a collision unless there was an explosion, and given that an explosion is not a likely outcome, airborne cars are also quite unlikely.

Even setting a car on fire doesn’t cause it to explode; it just burns so long as there is fuel in the car. So, not unlike most things shown in movies, cars that blow up and fall down as shrapnel over the scene just isn’t a realistic outcome!