Veins appear blue because light from veins must penetrate through layers of skin and fat before it reaches the eyes of the observer. Since red and blue colors are of two different wavelengths, they penetrate the skin with different degrees of success. As a result of this, bluish-green light is reflected off the blood and reaches the observer’s eyes, making our veins appear blue. 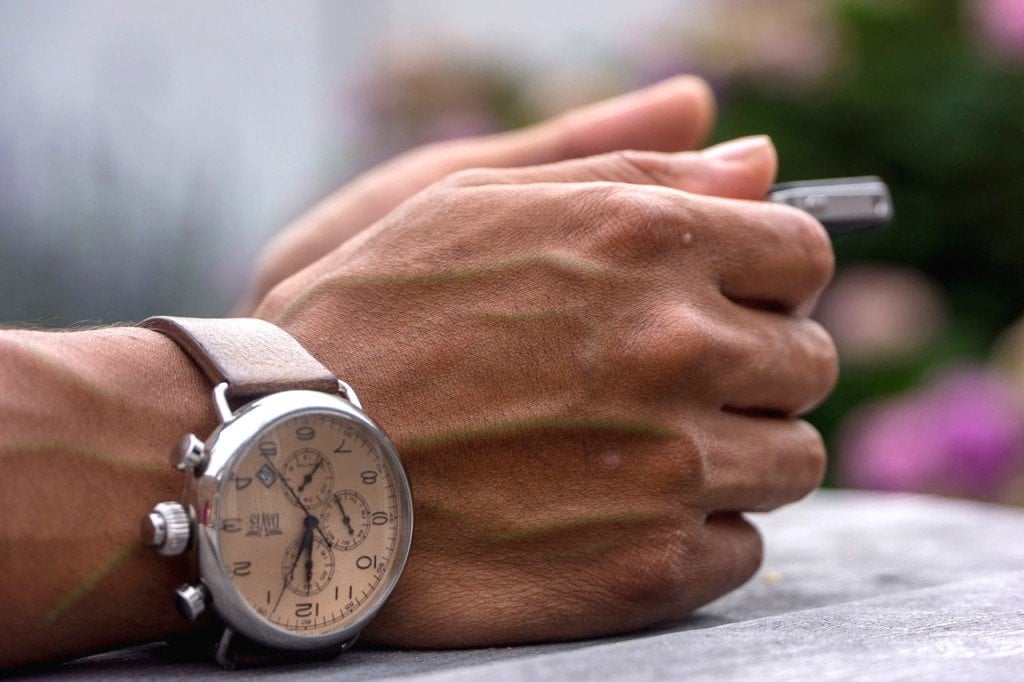 Notice the bluish-greenish tinge of veins on a man’s wrist (Photo Credit : Pixabay)

Many believe that veins appear blue simply because the blood they carry is blue, due to its deficiency in oxygen. It is often proposed that a higher concentration of carbon dioxide and a lack of oxygen give the venous blood a bluish-greenish tinge. However, technically, that is completely inaccurate. 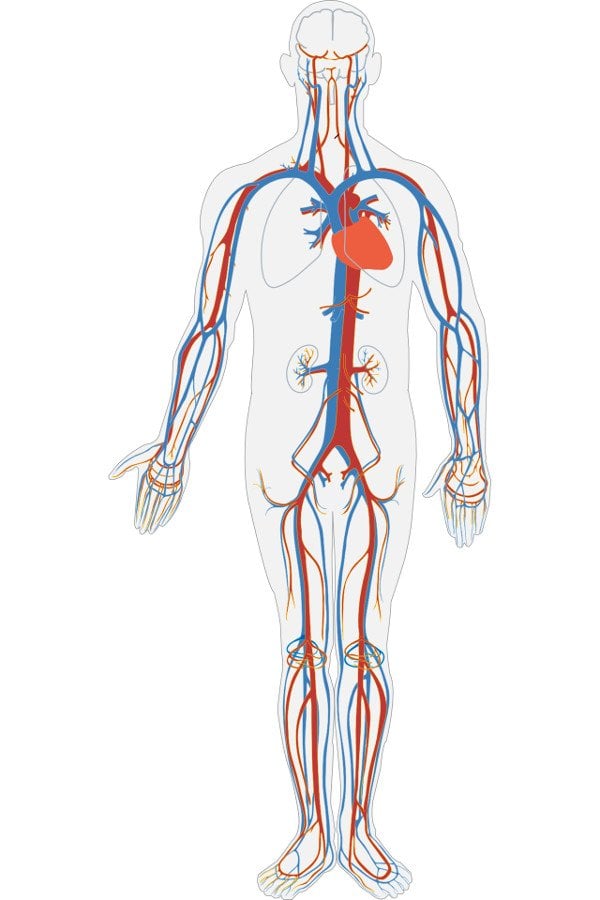 The complex network of arteries, veins and capillaries in the human body. (Photo Credit : Pixabay)

These two types of blood flowing throughout the body are usually represented through red and blue colors in diagrams. That’s probably the reason why lots of folks believe that the deoxygenated blood has a bluish tinge. However, that’s not the real reason.

You might already know that the heart is the central organ of our circulatory system. It is also one of the most critical organs of the body, located above the lungs and slightly to the left, and beats as long as a person lives. It’s also arguably the hardest-working organ in the body.

The heart pumps oxygenated blood (i.e., blood that is rich in oxygen) throughout the body with the help of arteries (which transport it to thousands of tissues). Similarly, deoxygenated blood flows back to the heart, which then transports it to the lungs, pulling the waste carbon dioxide out of the blood and expelling it from the body along the way.

Is Venous blood blue in color? 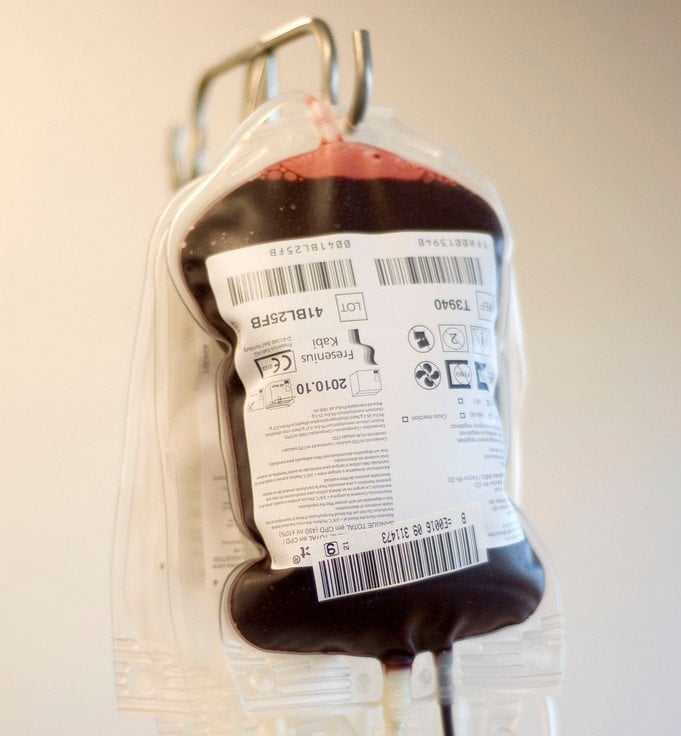 So, it’s amply clear that venous blood is indeed red. Yet the veins we see in our arms, wrists, hands and other parts of the body seem to have a greenish, bluish tinge. Why is that?

Human skin doesn’t absorb light of any wavelength, but blood absorbs the light of all wavelengths. However, it absorbs red light a little less than others. The thing with blue light is that it doesn’t penetrate the skin as well as red light does (Source).

As a result, if a blood vessel is close to the surface of the skin, almost all blue light is absorbed by the skin (as blue doesn’t penetrate the skin), which makes the vessel appear red. However, if the vessel in question is located a little deeper (0.5 millimeter or more), not as much red or blue light will be absorbed. In this case, the ratio of blue light reflected to red light reflected would be around 2:3 (Source), and the vein would thus appear greenish-blue. 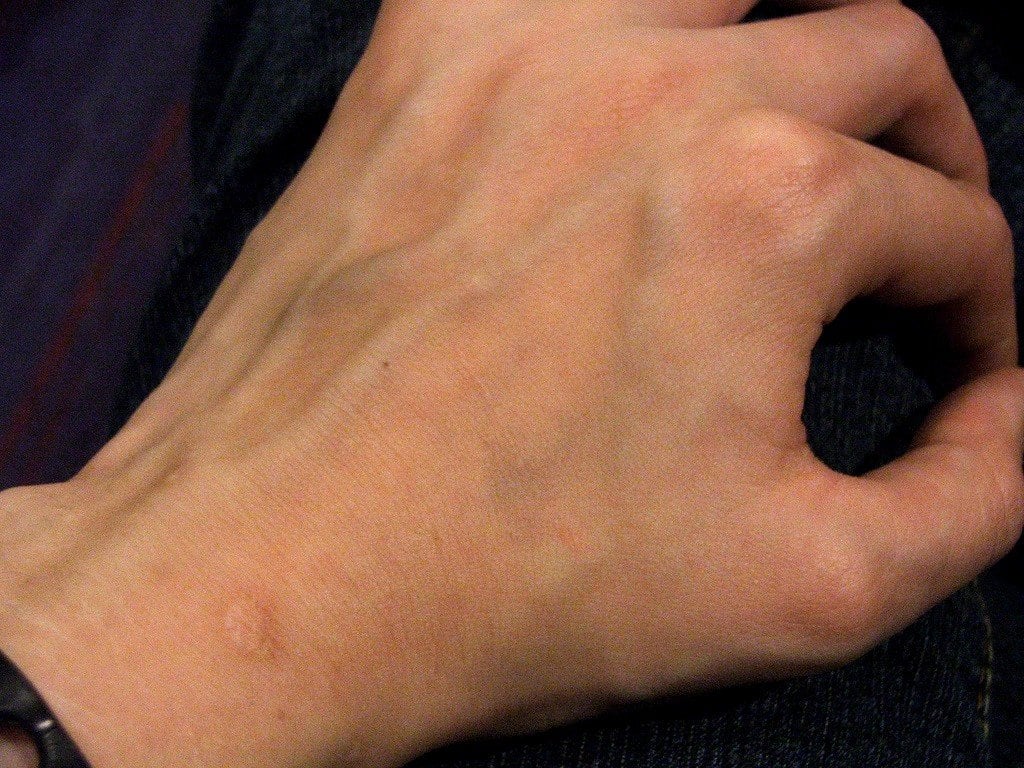 Interestingly, such ‘deeper’ vessels appear blue despite reflecting more red light (than blue). This strange phenomenon is attributed to relative color perception, or, in other words, how we perceive colors relative to other colors present in the surroundings.

Our vision is somewhat influenced by relative perception, so if a purple ball is placed adjacent to a red one, the purple ball will appear to have a bluish tinge. Similarly, some veins appear blue because the surrounding skin reflects more red light (than blue), thus making the veins look bluish. Furthermore, veins are larger, have thinner walls and are located closer to the skin surface than arteries, which is why we can actually see them (but not arteries).

In a nutshell, veins being blue has nothing to do with the kind of blood (oxygenated/deoxygenated) that they carry; it’s entirely dependent on their location beneath the skin!