Home
Eye Openers
Why Does Your Facial Skin Appear Greenish After Shaving?
Table of Contents

Have you ever noticed that, sometimes, the face of a person who has recently shaved and has slight stubble growing appears to have a greenish-blue tint? This is usually observed in fair-skinned people. The color of the tint may darken with the skin tone of the person. This also happens with people who have shaved their heads.

Obviously, when I first noticed it, I thought my eyes were playing tricks on me, or chalked it up to the lighting. I asked around and got mixed responses – some people had seen it and other hadn’t. I then decided to turn to the largest and most connected resource available – the Internet! This led me to multiple forums and sites where plenty of other men had noticed this.

Before getting into it, we should first understand an artistic effect from the late 1800s that will be relevant in understanding why the color shift happens.

In the late 1800s, around 1886, a technique of painting known as pointillism was developed. This technique employed the use of individual dots, rather than continuous brush strokes, to make paintings. Our brain would then do the work of putting these dots together and forming the larger picture. When seen from a distance, we would blend the colors together to bring life to the actual image in our heads. While on closer inspection, the image looked like individual dots of varying colors, from a distance, the dots blended and gave rise to entirely new colors.

Now, back to the beards and the green-blue faces! 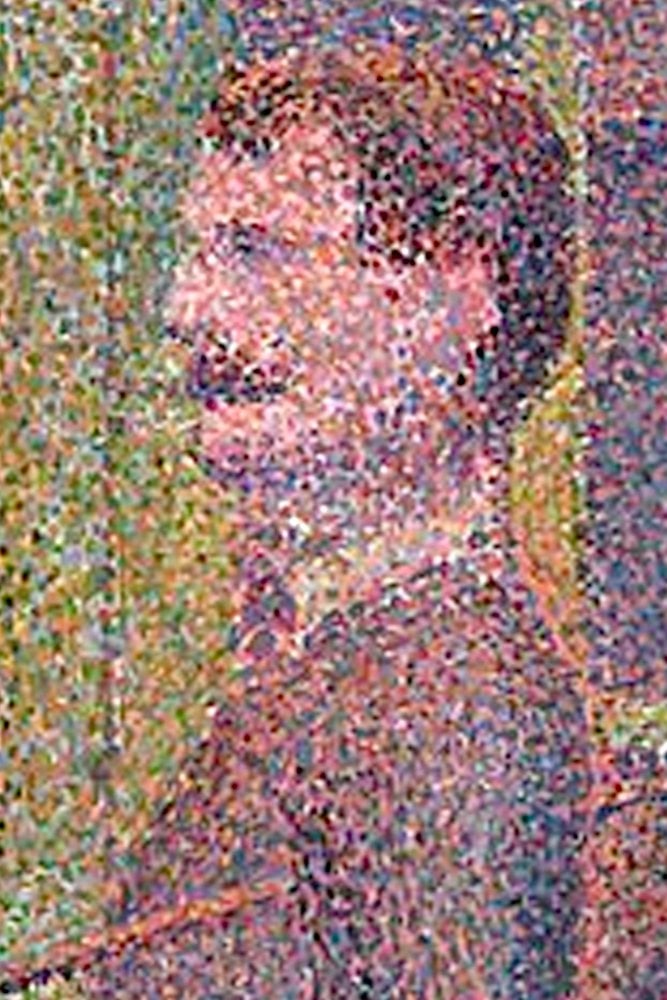 What causes the tint?

The greenish-bluish tint is quite visible on fair skin, whereas darker-skinned people do not show this hue as prominently. Another peculiar thing is that this coloration only appears when a person has recently shaved, when the new hair has just begun to break through the clean, shiny skin. So, what is it about that slight stubble that gives it this coloration property?
After I spent hours researching the topic, I came across two somewhat similar answers that seemed satisfactory. The first was based on the pointillism effect. In the same way that artists like Signac and Seurat would use clusters of dots to put an image in our head, our own brain does the same thing with the beard. When the stubble has just begun to grow, the budding hair appears as tiny black or brown dots on fair skin. When looking from a distance, it gives the impression of a color that is a combination of the hair color and skin color. Thus, it appears green, blue or grey. 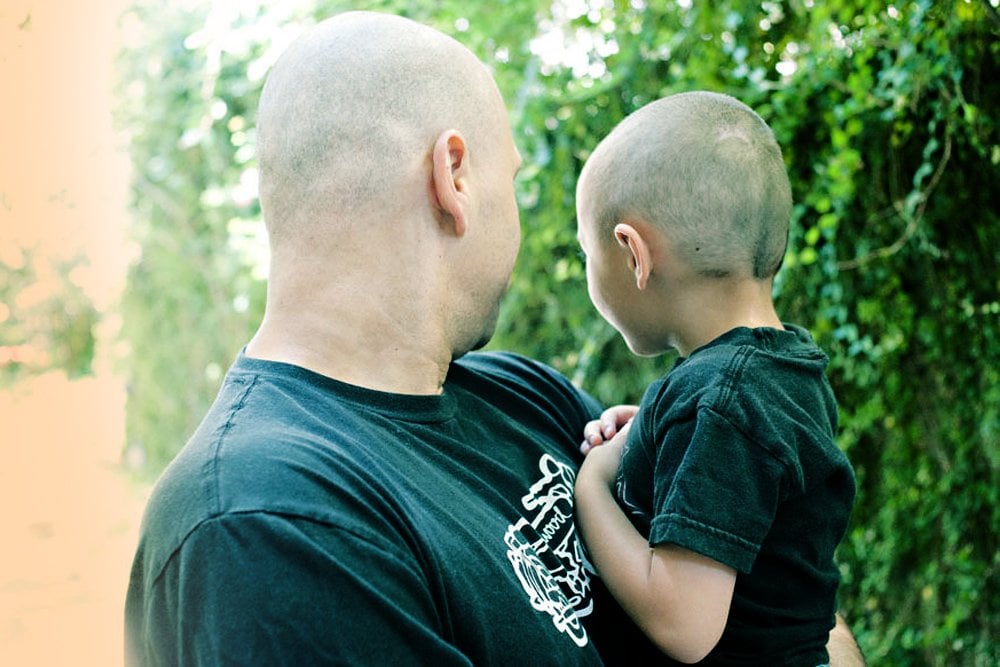 The other explanation argues that the black hair absorbs light, particularly of the longer wavelengths of the red/orange region, and reflecting light from the green/blue region. This gives it a greenish-blue hue.

As is obvious, this color effect also depends on the lighting, to some extent. The reason this is only visible with fair-skinned people is because dark skin doesn’t provide the appropriate canvas, so to speak, to detect the color. If any of you are still scratching your heads concerning what I’m talking about, the next time you meet someone who has just shaved their head, take a peek for yourself.

References
The short URL of the present article is: http://sciabc.us/HKpa4
Help us make this article better
Prev Article Next Article
About the Author