For blood sampling, blood is taken from veins and not arteries because:

If you happen to be one of those people who have an inherent aversion towards being pricked by sharp things, like needles and syringes, then you probably understand the misery of being injected. Even when you’re well aware that you are getting an injection for your own good, the idea of getting pricked still makes you cringe, cry, vomit, or even pass out!

There are many ailments that affect humans for which the most rapid route to recovery is an injection. However, even if you somehow manage to evade all of those diseases, there is one particular activity that requires being pricked by a needle that will likely be a part of your life for decades to come; blood tests. We have to live with them to protect our health and discover what might be negatively affecting our body, but have you ever thought about the whole process of removing blood from our bodies?

More specifically, while being pricked by a needle for a blood test, have you ever wondered why blood is only collected from veins, and not arteries?

Differences between Arteries and Veins

Before we get into answering that question, perhaps we should understand a bit more about arteries and veins. The way a coin has its two sides, blood vessels have two distinct and opposite (in form of function) blood vessels. 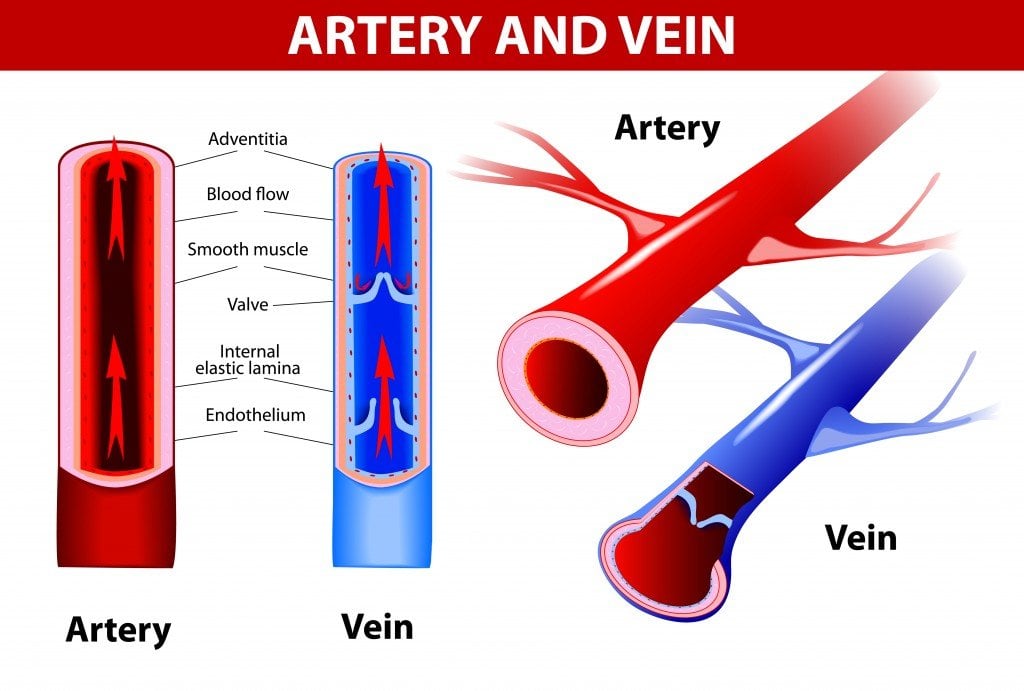 Arteries are blood vessels that carry blood from the heart to the entire body. The blood is ‘mostly’ oxygenated in arteries. I say ‘mostly’ because there are two exceptions where arteries carry deoxygenated blood. First is the Pulmonary artery where it carries blood from the heart to lungs and second is the Umbilical artery which carries the blood from fetus to the placenta. Arteries are also responsible for carrying nutrients to the cells.

How is blood drawn for a blood test?

The process followed to draw blood is Phlebotomy. It is not an easy task and takes practice to perfect the process! Let’s look at the process step-by-step.

That is the fancy medical term for the process of getting pricked by a needle in order to collect blood from the veins. The blood that is collected, called venous blood, can then be used for a variety of purposes, such as intravenous therapy, blood sampling, diagnosis and so on.

Venipuncture is essentially a process that involves collecting blood from a subject, but the execution of this process is not that easy. Specialized medical professionals are carefully trained to prick at precisely the right spot to draw blood. However, as mentioned before, why is blood usually taken from veins, rather than arteries, given that both types of vessels carry blood? Why do we draw blood from veins and not from arteries?

Firstly, veins are comparatively easier to draw blood from, physically speaking, as the placement of veins is such that they are close to the surface of the skin. This makes the process easier by avoiding a deep needle plunge just to draw a bit of blood. On the contrary, arteries are located a bit deeper in the skin, so it doesn’t make much sense to make the process unnecessarily difficult – and potentially dangerous.

The walls of veins are also thinner than arteries, which enables them to hold more blood (more volume). This quickens the process of blood collection and simultaneously results in more blood released into the sample tube.  It’s also easier to pierce a vein than it is to pierce an artery, so drawing blood from a vein is less painful for the subject.

The pressure in the veins is less than that of the arteries, so there’s a smaller chance of blood coming back through the spot where you were punctured by the needle before the tiny wound is healed. The blood collected from an artery is bright red in color, as compared to the darker shade of red that is observed in the blood collected from veins.

The next time you’re sitting in a clinic waiting for the nurse to prick you for a blood sample, you may not be looking forward to the experience, but at least you’ll know precisely why and where those needle pricks will be happening!