Chicken soup does work on colds. It works so well that it has even been called ‘Jewish Penicillin’. Drinking chicken soup can reduce inflammation, open your nasal passage, and make your nose run.

Your best friend when a cold sets in is chicken soup. As you sniff the hot vapors, and slurp down your first bite, you can feel the warmth and love return to your body. You find that you can breathe again. You can feel the life returning to you.

Chicken soup is nearly universal in its appeal, and most regions and cultures have some version of this meat-infused broth. If you’re in East Asia, like in China, noodles would delight your palate. On the other hand, if you find yourself in Israel or in a Jewish house in New York, you might have matzo balls in your broth.

But what is it about chicken soup that makes it such a good remedy for colds? And is there any truth to to chicken soup’s healing abilities?

One way chicken soup fights your cold is through cysteine. Cysteine is an amino acid that help thin the mucus in you airways and lungs, which helps you recover from a cold. Chicken is rich in cysteine, and cooking the meat will release the cysteine into the broth.

This could be one explanation for the results of one particularly famous study (in the chicken soup research world). In 1978, researchers from Mount Sinai Medical Center, USA, tested how well the following liquids cleared nasal passageways—cold water, hot water, and (you guessed it) chicken soup. They found that the hot liquids worked much better at clearing the airways than cold water. And chicken soup was significantly superior to plain hot water.

The easier mucus flows out, the better it is at getting rid of the virus that is giving you a cold, while also providing you some relief. 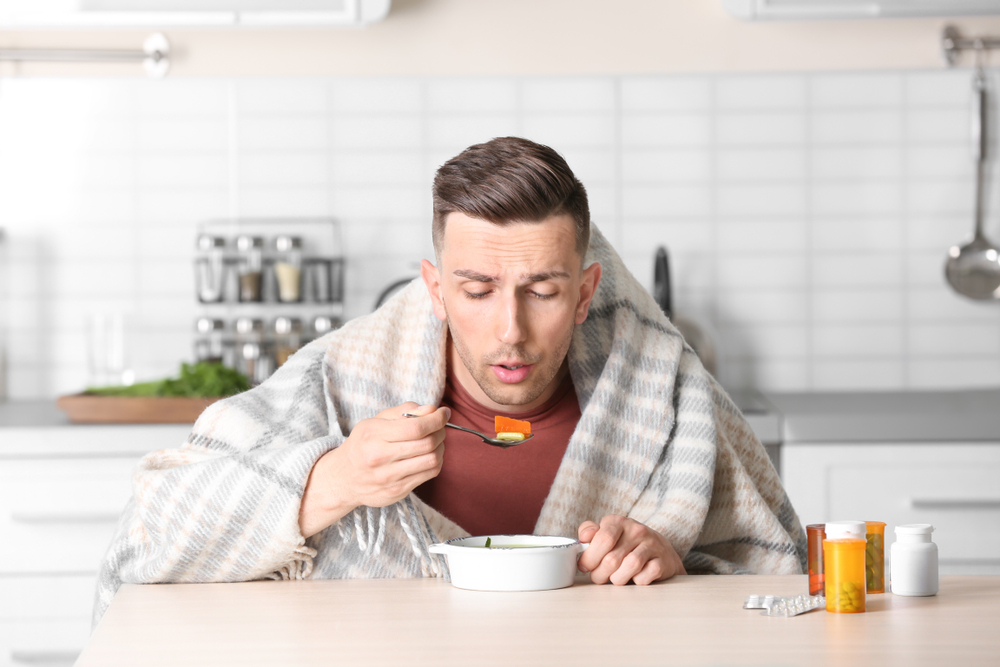 The reason a cold gives you a stuffy nose is inflammation. When your nasal passageway is infected by a virus, a flurry of chemicals, called cytokines, are released. These cytokines essentially sound the alarm for an intruder, which initiates a hypersensitivity reaction.

Chicken soup relieves this by preventing the white blood cells from migrating and sticking to our airway tissues. A paper published in 2000, with lead author Barbara Rennard, studied the movement of neutrophils, an important type of white blood cell, towards a chemical attractant (something the neutrophils migrate towards) usually found in inflammation reactions and chicken soup.

They found that chicken soup, when mixed with the chemical attractant, prevented neutrophils from moving towards that chemical. 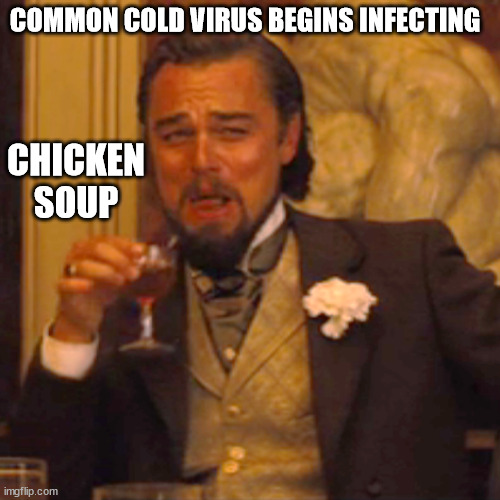 Chicken soup is the ultimate hero

The paper used “Grandma’s recipe” as a standard recipe (recipe in the paper), and compared this homemade soup with canned chicken soup. Grandma’s recipe beat all the canned soups, except one. Campbell’s Ramen noodles, chicken flavor, lowered neutrophil migration more than Grandma’s recipe!

The paper couldn’t identify the exact component that caused this inhibitory response.

A study published in 2012 found that a chemical called carnosine inhibits pro-inflammatory responses often seen in the common cold. Carnosine is found in chicken.

There is no ideal recipe for chicken soup, but a few vegetables like onion, carrots, celery, mushroom, garlic, and ginger are particularly popular. These are the ingredients that really make chicken soup the super star of recovery foods.

Onion releases calcium, sulfur, and proteins that help battle swelling and reduce nasal congestion. Carrots are rich in vitamin A, which strengthens white blood cells so that they can fight infections better.

Aromatics like garlic, ginger and pepper help clear nasal passages. A 2001 double-blind, placebo trial found that participants who got garlic recovered from a cold faster than those who got a placebo. Ginger also works against a cold.

Rennard and her colleagues interestingly found that the presence of vegetables lowered how efficiently the chicken soup worked. However, remember that their experiments were performed in a lab and not actually inside the human body, so don’t start skipping your veggies just yet.

For all the vegetarians and vegans out there, a hot clear soup made from vegetable stock would work perfectly fine too! Vegetables like carrots, onions, celery and parsnip all prevent neutrophils from migration, and with aromatics like garlic and ginger, your nasal passages should manage to open up anyway.

Drinking tea will also help your nasal passages. A 2018 study published in the journal Molecules found that gargling with tea, or more specifically, tea rich in catechins (a type of chemical in tea), lowers the risk of a flu infection. 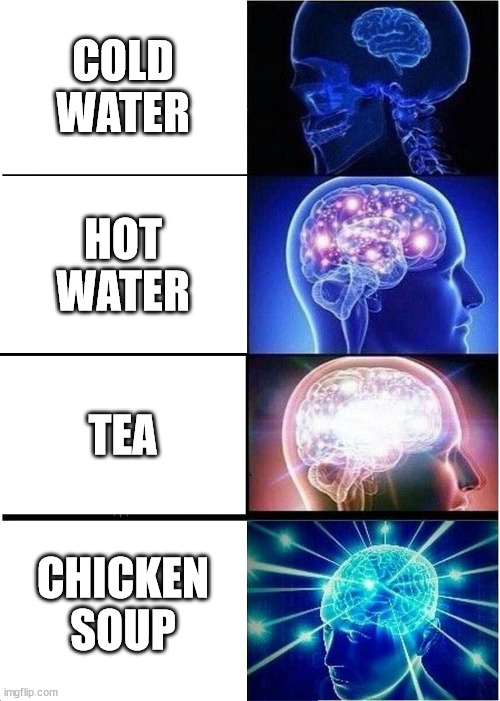 So, cuddle up, stash some tissues by your side, put on your favorite TV show, and drink up while the chicken soup is still hot!