The basilar membrane is an important component of the inner ear and is located inside the cochlea, which is moved by sound waves that fall on the ear. This delicate structure is critical for our sense of hearing.

Some of you may already know that the ear can be divided into three parts: the outer ear, middle ear and inner ear, all of which work in perfect synchronization to help us hear what is happening in the outside world. The sounds that we hear fall on our ears like waves, which then pass through the outer and middle ear to finally reach the cochlea. The cochlea is a very important part of the inner ear; it looks like a wound-up hose or a snail shell and contains sensory cells that can detect sound. When sound waves reach the cochlea, they are transformed into electrical impulses. These are subsequently transmitted to the brain, which decodes these impulses and ultimately registers it as a sound.

What is the basilar membrane?

The basilar membrane is a structural element that divides the cochlea – which is essentially a long tube – down the middle into two liquid-filled tubes: the scala media and the scala tympani. 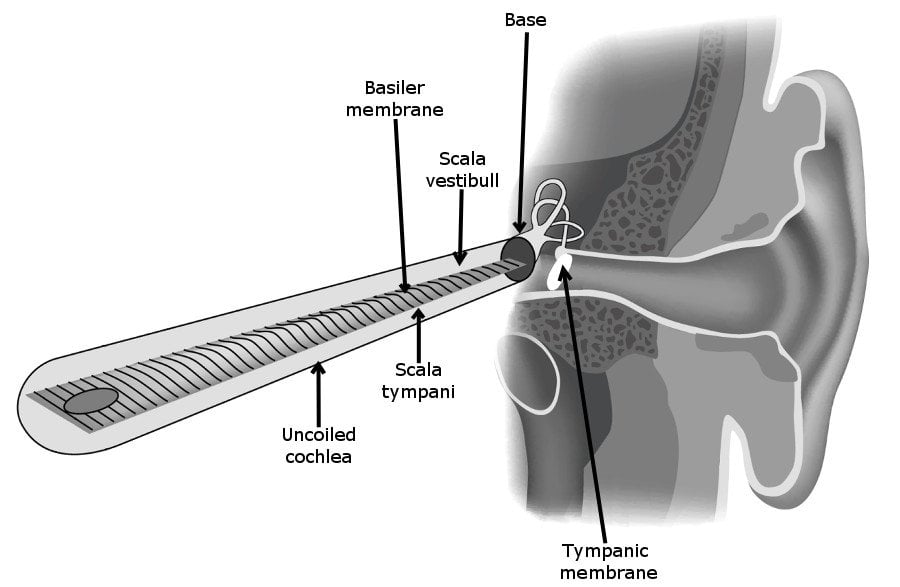 The basilar membrane does not have a uniform thickness or stiffness, because how thick or stiff it is at a given point on its length determines its characteristic frequency (CF), which is a particular frequency value at which the basilar membrane is most sensitive to sound vibrations. 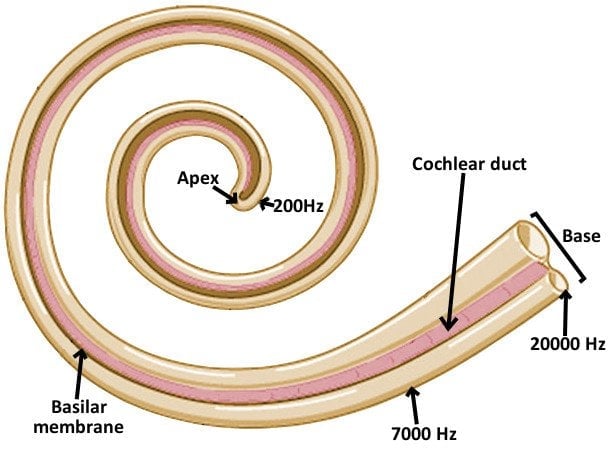 Functions of the Basilar Membrane The brain then decodes that neural signal and voila! We hear things!

Apart from serving this critical function of helping us hear, the displacement of the basilar membrane helps to identify the profile of the sound impinging on the ear by acting like a series of band-pass filters. Using a technique called laser interference, these filtering characteristics of the basilar membrane can be studied in detail.

Basilar membrane is just one of many tiny components present inside the ear which work together in perfect harmony to make us hear what the world has to say to us! 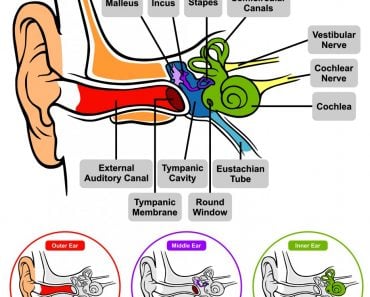