The loud rumbling sound (sometimes like thunder) that’s produced in the ear when you close your eyes too tightly is due to the contraction of a muscle called the tensor tympani muscle. It is a muscle located within the ear and it functions to dampen certain sounds.

Some of you may have observed that a rumbling sound is produced in the ear when you close your eyes tightly. It is a low-frequency sound that the person in question can only hear.

What is that sound? Where does it come from?

The tensor tympani is a muscle in the ear located in the bony canal above the osseous portion of the auditory tube. It is attached to the upper part of the handle of the malleus and pulls the tympanic membrane inwards when it vibrates.

As you can see in the illustration above, the tensor tympani muscle arises from the superior surface of the cartilaginous part of the auditory tube and the adjacent part of the greater wing of the sphenoid and petrous part of the temporal bone (refer to the diagram below). It passes back through the canal and culminates in a slim tendon that enters the tympanic cavity. 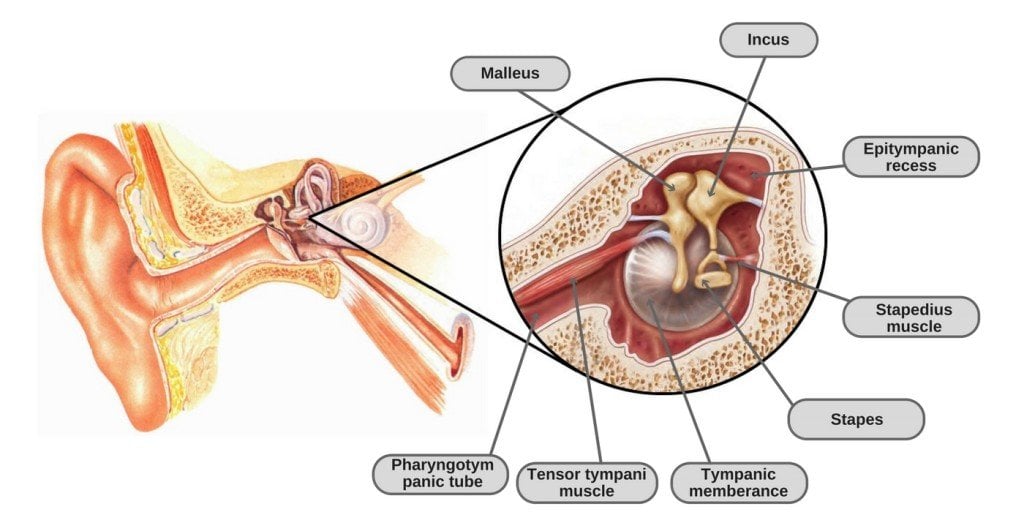 The internal components of the human ear. Observe that the tensor tympani muscle attaches to the upper part of the handle of the malleus.

There are two muscles in the tympanic cavity, the tensor tympani, and the stapedius, the former being the larger.

Functions of the Tensor Tympani Muscle

The tensor tympani muscle dampens certain sounds, such as those produced when chewing. The two muscles present in the tympanic cavity reflexively dampen ossicle movement to suppress forceful low-frequency sounds.

Imagine how irritating it would be to constantly hear the sounds produced inside your mouth while chewing. 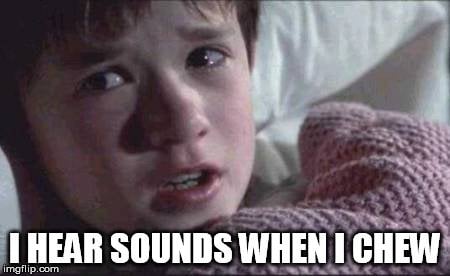 Although you still hear those sounds, they’re greatly dampened by the tensor tympani muscle present inside your ears.

What happens when you shut your eyes too tightly?

Suppose you squint or shut your eyes too tightly, the tensor tympani muscle contracts and tightens the eardrum through a tendon, shifting the stirrup backward from the oval window to the inner ear. This reduces the magnitude of force transmitted to the inner ear and protects it from loud sounds.

It is interesting to note that when muscles contract, vibrations, and low-frequency noises are produced. This is just like when you flex your arm, as you can actually see the muscles in motion/vibration. You can observe your muscles moving when you flex your arms. (Photo Credit: Ollyy / Shutterstock)

Similarly, when you shut your eyes too tightly, the same thing happens inside your ear. Slow-twitch fibers produce sounds in the frequency range of 10-30 Hertz, while fast-twitch fibers produce 30-70 Hertz sound frequencies (Source). Note that the generally accepted audible range for humans is 20 to 20,000 Hertz, although this audible range may vary depending upon individuals and various environmental factors.

The sound of muscle contractions can be heard directly by flexing a muscle, such as a clenched fist pressed against the ear. Similarly, the sound of a contraction of the tensor tympani muscle can be heard by shutting one’s eyes tightly or enjoying a deep yawn (as jaw muscles are highly tensed when one yawns deeply). 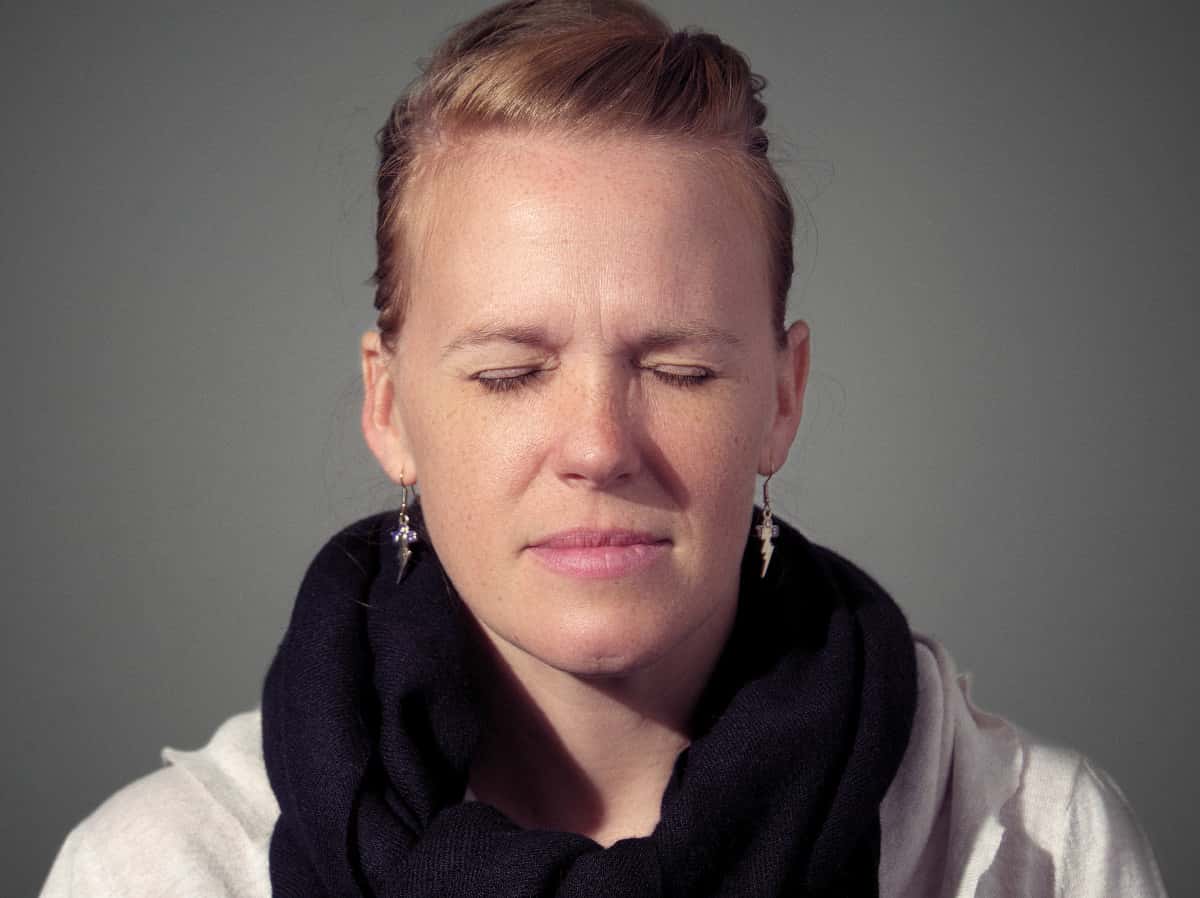 Not everyone can contract their tensor tympani muscle voluntarily (Photo Credit: Flickr)

However, it is important to note that not everyone can produce this rumbling, thunder-like sound in their ears voluntarily by contracting the tensor tympani muscle; only a small percentage of people can actually do that. Therefore, don’t keep shutting your eyes tightly in hopes of hearing thunder rumbling in your ears!

How much do you know about the Tensor Tympani and that rumbling in your ears?