The bottom of the ocean is so cold because cold water is denser than warm water, so it sinks into the depths, while the latter remains close to the surface. Also, water at the surface becomes cold primarily due to evaporation, after absorbing thermal energy from the sun. As water becomes cold, it sinks and is replaced by warm water. Plus, the sun’s radiation does not heat the lower levels of the ocean, as the rays are completely dissipated in the upper layers.

Cold water is denser than warm water, so it sinks into the depths, while the latter remains close to the surface. Also, water at the surface becomes cold primarily due to evaporation, after absorbing thermal energy from the sun. As water becomes cold, it sinks and is replaced by warm water. Plus, the sun’s radiation does not heat the lower levels of the ocean, as the rays are completely dissipated in the upper layers.

The inner parts of the Earth are constantly being heated up due to the leaking of thermal energy from the radioactive decay of particles in the planet’s core. Crude logic would dictate that, as a result of this internal heating, the water temperature at the ocean floor should rise too.

Also, it’s a well-known fact that pressure increases proportionally as one goes deeper into an ocean. 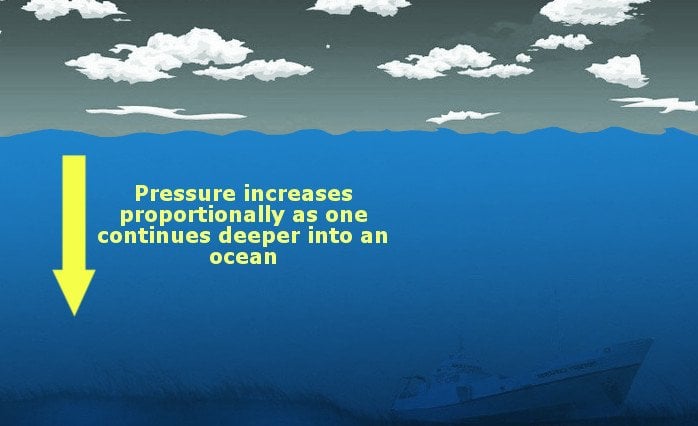 The enormous pressure at the ocean floor can crush stuff to pulp in a matter of seconds.

One would also logically say that this increased pressure should warm up the ocean water to insanely high temperatures at great depths, but interestingly enough, nothing of the sort happens. In fact, the reality is the exact opposite of what one would assume. The water at the bottom of oceans is very cold (just a couple of degrees above freezing). All of this begs the question: why does ocean water become increasingly cold as one goes deeper?

High pressure does not mean high temperature in every case

Let me start by stating a very common misconception regarding the relation between the pressure and temperature of a fluid: high pressure causes high temperature. The idea that increasing the pressure of a fluid always increases its temperature, regardless of whether it’s a gas or a liquid, is fairly common, but it’s not true! 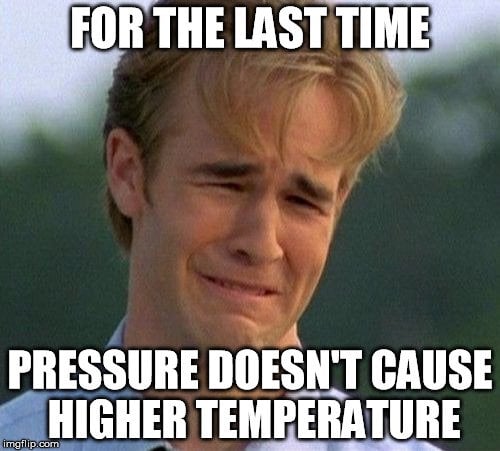 This misconception most likely stems from the ideal gas law, or rather, from its oversimplification.

The ‘ideal gas law’ states that for a given quantity of an ideal gas, the product of the pressure and volume is proportional to the absolute temperature. The ideal gas equation is written as: 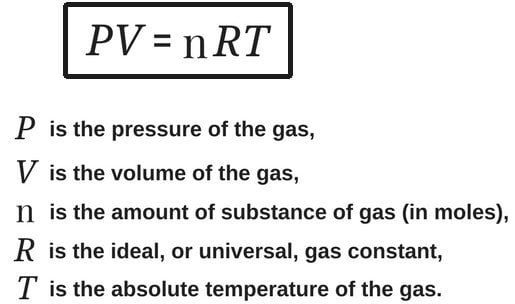 In simple words, the above equation states that increasing the pressure of an ideal gas, while keeping its volume constant, will increase its temperature.

Although the equation provides a good approximation of many gases under various sets of conditions, it holds absolutely true only for an ideal gas. For starters, an ideal gas is a hypothetical gas (it does not exist in reality), which consists of randomly moving particles that undergo perfectly elastic collisions, i.e., particles that interact with each other without losing their kinetic energy. 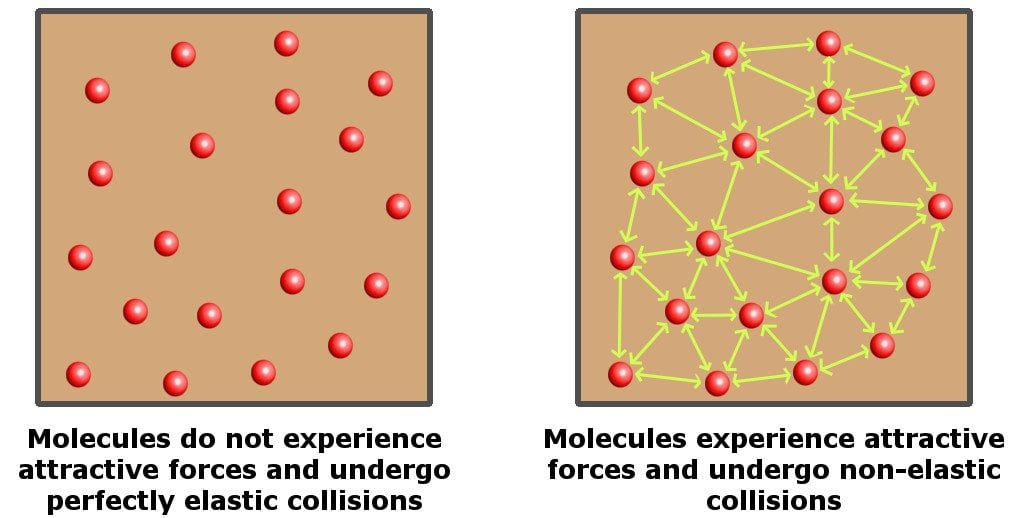 An ideal gas is perfectly compressible. In contrast, water is mostly an incompressible liquid, so it’s nothing like an ideal gas. Hence, the ideal gas law doesn’t apply to water.

Pressure does not increase temperature; compression does

It’s not so much pressure, but rather compression, that increases the temperature of a given fluid. In other words, forcing more and more stuff into the same volume generates heat (by increasing the kinetic energy of molecules) in the system. 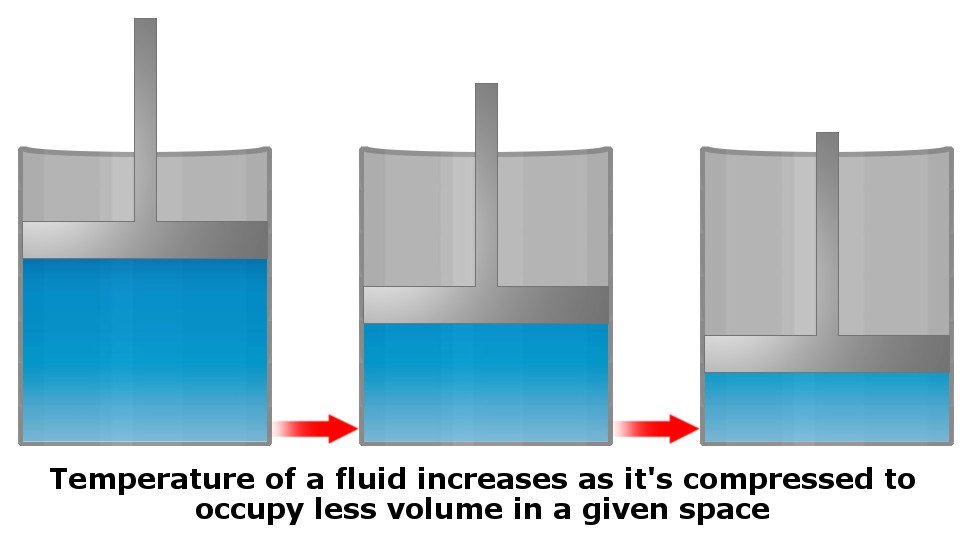 However, as mentioned earlier, water is generally an incompressible fluid. Still, the temperature of water at the bottom of an ocean could potentially increase if its pressure were to increase all of a sudden, but the water at the bottom does not experience pressure variations (as pressure is basically constant at that depth), and therefore does not compress, which is why it does not heat up.

Water at the surface becomes cold due to evaporation

The sun’s radiation heats up the water at the oceans’ surface. Evaporation ensues and the water nearer the top loses some of its heat and begins to cool down. 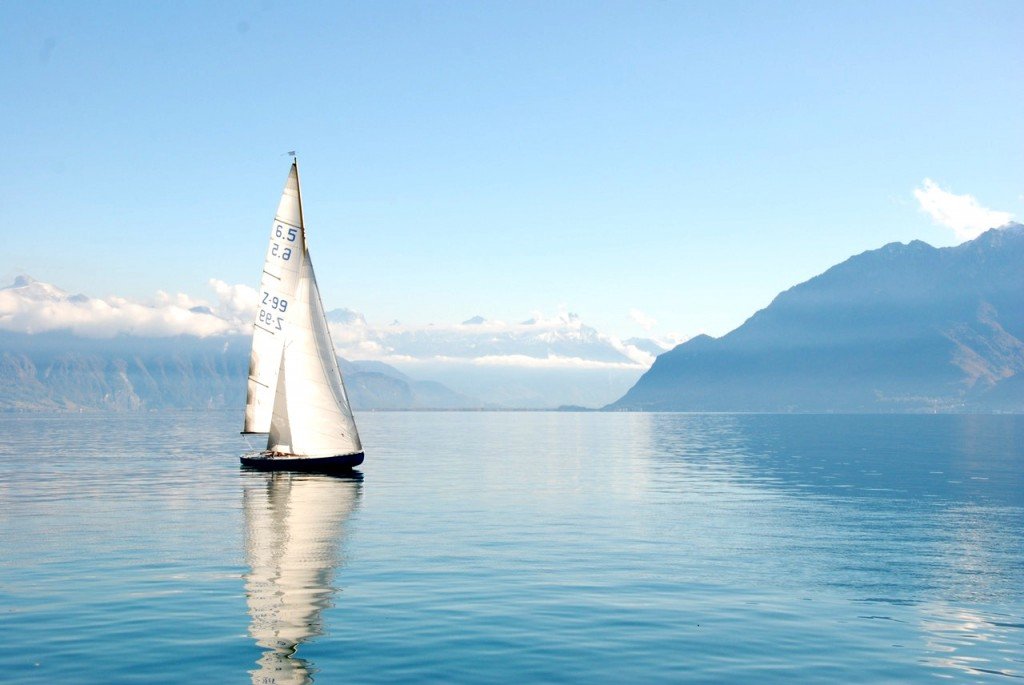 Water at the surface cools down due to evaporation and is replaced by warmer water from the sub-surface layers (Photo Credit : Pixabay)

As it becomes cold, water becomes denser and starts to sink, and is then replaced by the sub-surface layers of water. The thin, distinct layer of water where temperature changes rapidly is known as a thermocline. 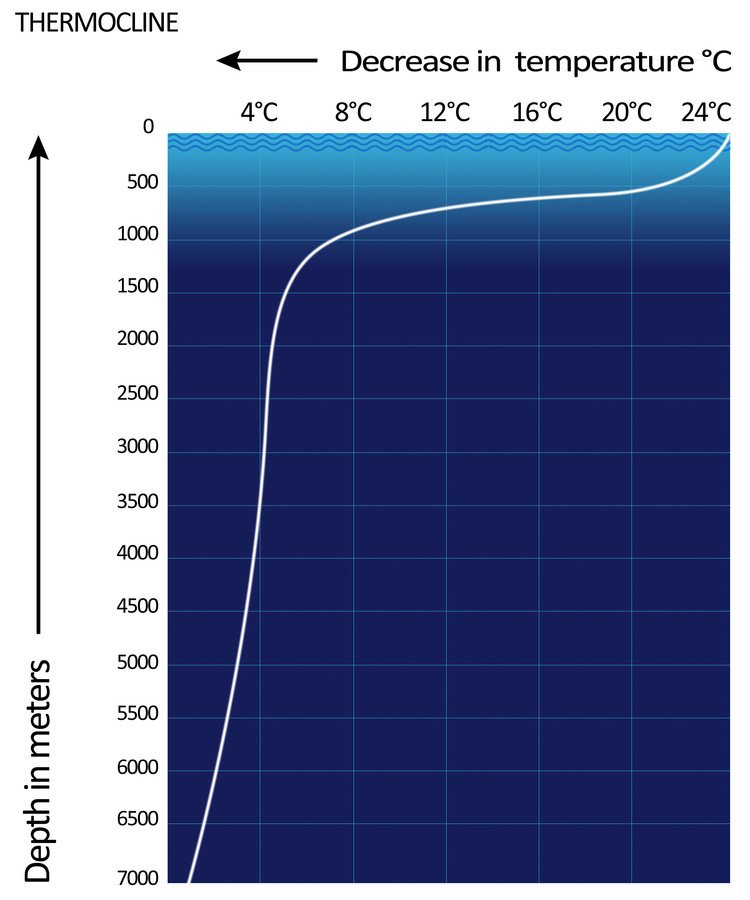 In this way, warm water always remains on the surface, while colder water constantly travels downward. That’s why the water at the bottom of the ocean is so cold.

In terms of the geothermal heating of the ocean floor due to the leaking of heat energy from Earth’s core, the actual amount of heat generated in this way is so small that it’s nowhere near the amount of energy required to globally warm ocean waters. 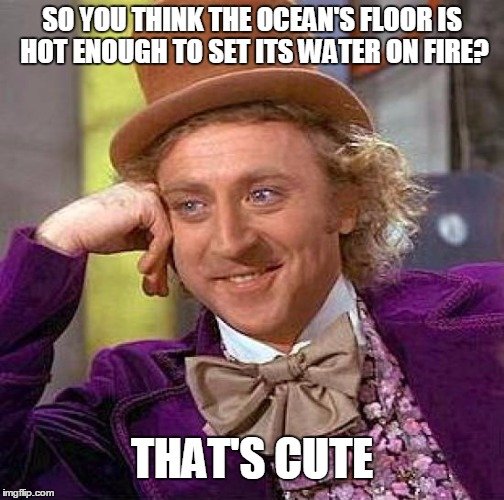 At the current rate of heat flow, it would take more than a year to heat up the ocean floor by just 1 degree Centigrade, and that’s not even taking ocean currents into account!