After returning from an aggressive workout session at the gym, there’s nothing better than a glass of chilled lemonade. In a similar way, a warm cup of tea feels refreshing while sitting on the porch on a rainy day. However, both of these beloved beverages have a rather annoying, yet interesting trait – the former turns warm, while the latter turns cold if left unattended for a while. 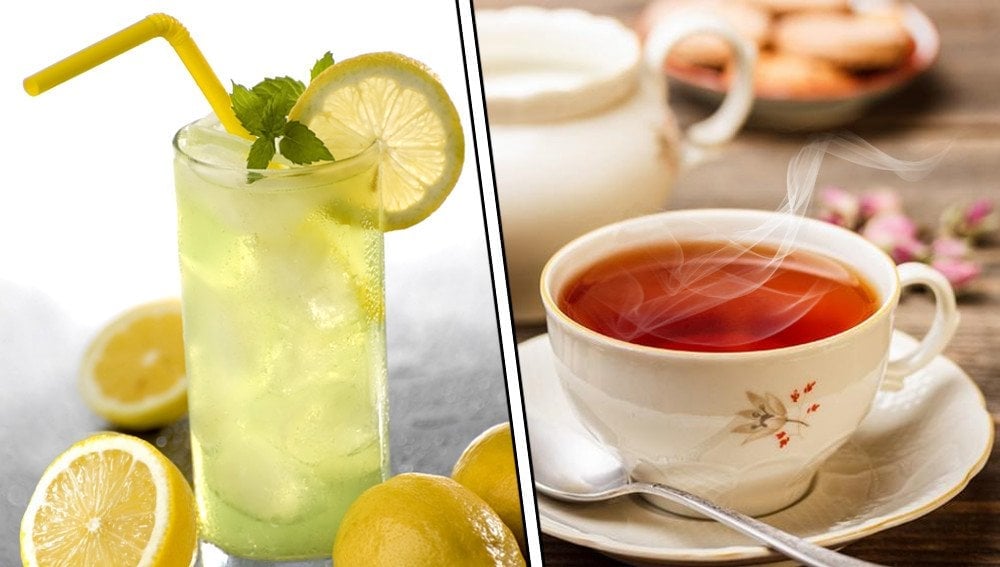 Short answer: Because heat always travels from an object at a higher temperature to objects at a lower temperature.

A Little Something About Thermodynamics

While talking about heat and temperature, one term that invariably pops up is ‘thermodynamics’. It might sound a bit nerdy at first, but it’s actually quite basic. Thermodynamics is simply the name given to the branch of physics that deals with the energy and work of a system (a ‘system’ can be anything, from a cup of tea to the entire universe). One noteworthy thing about thermodynamics is that it primarily deals with the macroscopic responses of a system, i.e. the ones that can be observed and measured in physical experiments.

Just like the three laws of motion (postulated by Isaac Newton), there are four laws of thermodynamics, which describe how certain physical quantities, including energy, temperature and entropy, behave under given conditions. For the scope of this article, we only need to consider the second law of thermodynamics.

However, before heading into that, you need to understand a very important aspect of the second law…

The second law is based on a variable state called ‘entropy’. You likely learned about it in your high school Science classes; it’s a concept that entails many interpretations, but for now, all you need to know is the most popular definition – a measurement of the ‘disorder’ of a macroscopic system.

Technically speaking, entropy is a measure of how many different microscopic states a system can be in, given that the system in question has a particular fixed composition, energy, pressure, volume and temperature. Entropy is usually represented by ‘S’. 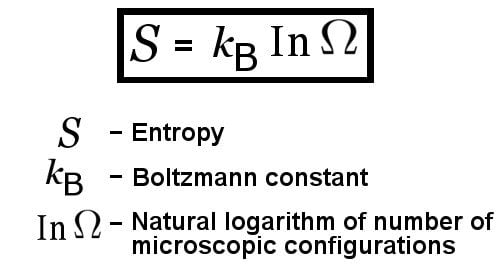 First, let me tell you what the second law of thermodynamics actually says. It states that the total entropy of an isolated system (a system that does not interact with other systems and therefore remains unaffected by its surroundings) always increases over time, or remains constant in ideal scenarios, where the system is undergoing a reversible process or exists in a stable state. 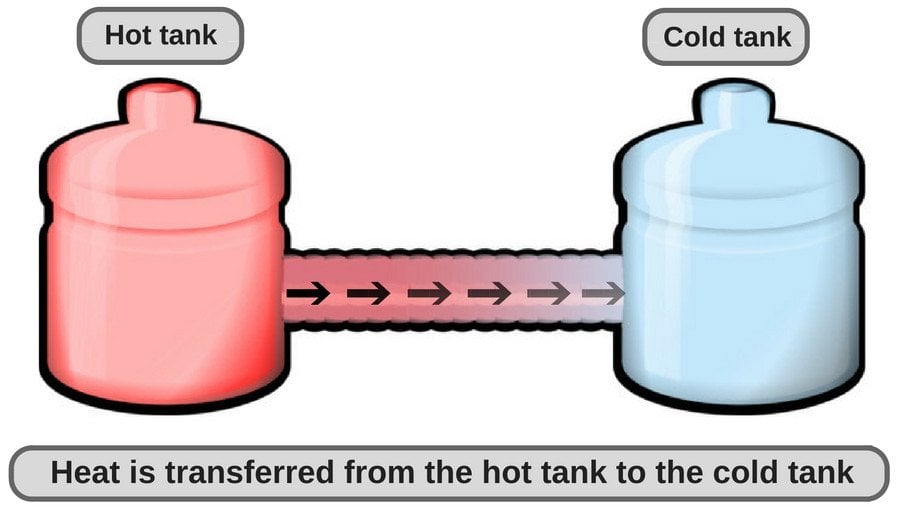 In simple terms, this means that if a physical process is irreversible, its entropy must increase. An important corollary from that transfer of thermal energy, or in simple terms, transfer of heat energy from/to a body, takes place in such a way that the body and the surroundings reach thermal equilibrium, i.e., a state where there is no difference between their temperatures.

This is the basic principle that dictates all forms of heat transfer, and also accounts for the question posed in the title of this post.

Why does lemonade become warm and hot tea becomes cold after a few minutes?

A chilled glass of lemonade is at a lower temperature than the air that surrounds it in a room (i.e., room temperature). Since the transfer of heat (in normal conditions, when no external work is being done) occurs from high concentrations to lower concentrations, a chilled glass of lemonade becomes warmer. Similarly, a cup of tea becomes cold after a few minutes because heat travels from the cup to the surrounding air until thermal equilibrium is attained. 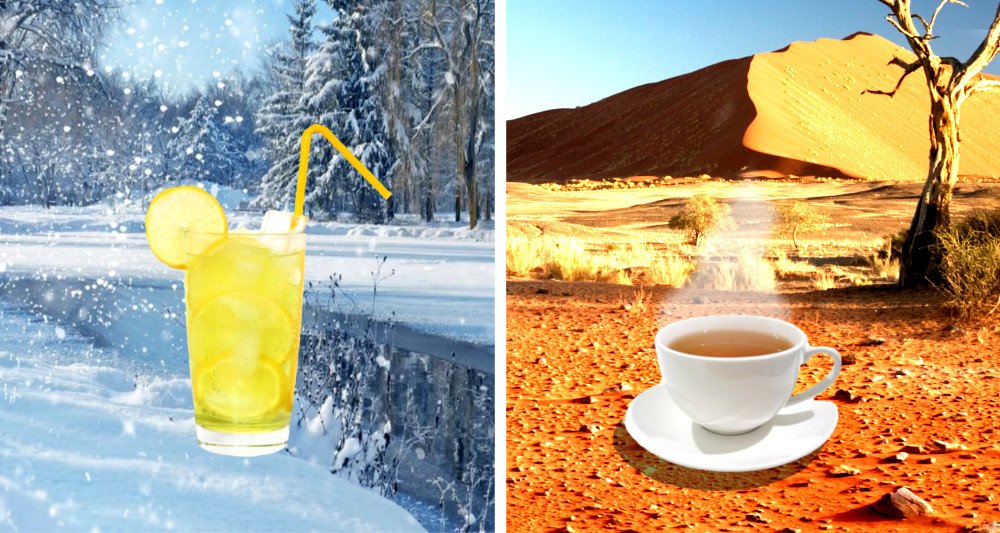 A glass of lemonade would not become warm after a while if you were in Antarctica, nor would a cup of tea turn cold in an extremely hot desert.

Note that heat never travels in the opposite direction (under normal conditions), i.e. from a cold object to a warm one, unless there is work being done. This is the basic working principle behind refrigerators and heat pumps. In these appliances, electricity does the work that is required to actively reverse the direction of heat transfer. 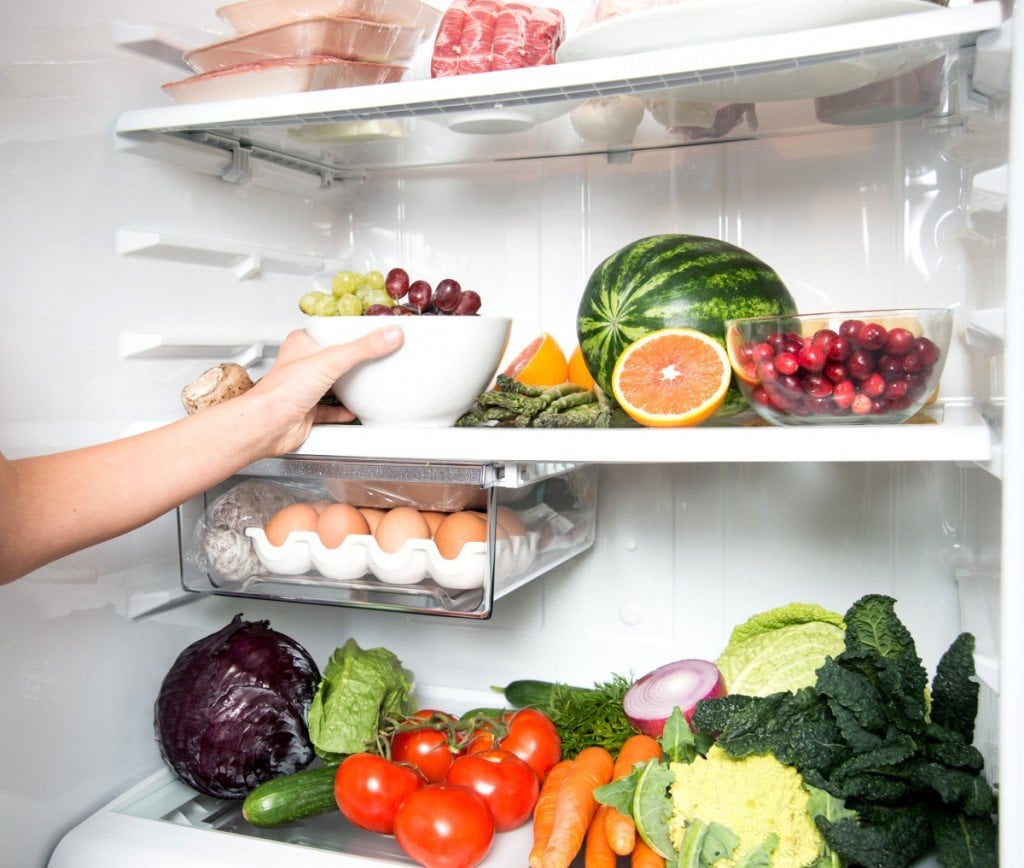 So, if you want to ensure that your chilled glass of water always stays cold and guarantee that your tea doesn’t turn cold so fast, regardless of how long you leave them unattended, you should consider relocating to someplace new where the ambient temperature is more in your favour – an extremely cold spot (for lemonade) or a very hot place (for tea), respectively.

In my opinion, however, that’s a pretty big commitment just to get your lemonade or tea fix!