The seven-day week is derived from the lunar cycle, which consists of four weeks of seven days each. The seventh day is considered “holy” because it is the day of rest or reflection. The eight-day week was used by the Roman Republic, but it was eventually replaced by the seven-day week.

All around the world, human beings have generally agreed to track the passage of time in the same way, which is essential for communication, business, travel and news, among many other things. Therefore, we all know that there are 365 days in a year, 24 hours in a day, 12 months in a year, and seven days in a week, but have you ever stopped to ask yourself why we break down the passage of time in those particular ways?

Most of these divisions make sense based on the movements of the Earth and Sun (days and years), as well as the fluctuations of the moon (months), but there doesn’t appear to be a clear celestial reason behind the 7-day week. Aside from how annoying a 12-day workweek would be, what is the real reason we have seven days in a week? 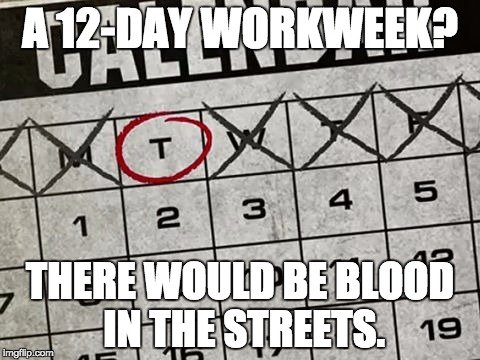 Short Answer: The Babylonians broke down the lunar month into more manageable chunks of seven days, while the Greeks and Romans made various other changes to arrive at what we have today.

Once Upon a Time in Mesopotamia…

For thousands of years, the cosmos have fascinated human beings, but the first true astronomers were the Babylonians, who charted star movements and were very interested in the phases of the moon. As some of you likely know, it takes approximately 29 days for the moon to move through all of its phases, which explains the length of our months. However, 29 days is rather unwieldy as a measurement, so just as 365 days (year) needed to be broken down into 29 days (months), these months needed to be divided as well.

The Babylonians decided to measure a full lunar cycle as 28 days and then divide that into 4 weeks of seven days each. To ensure that the 29th day was accounted for, they added what were known as leap days. More specifically, the Babylonians would have three seven-day weeks in a row, followed by one week of 8-9 days, to account for the lag behind the lunar cycle. Babylonians, interestingly enough, held the seventh day as “holy”, as Jewish and Christian populations did and would, respectively. However, Babylonians had their own religion, one not based in the idea of God creating the universe in 6 days, and then resting on the seventh day, reclined among the clouds.

The choice of four weeks of seven days, rather than rounding up to 30 (5 weeks of 6 days), or flipping 28 (7 weeks of 4 days), was a way to honor the seven celestial bodies (aside from non-moving stars) that they could see – the Sun, the Moon, Mars, Mercury, Venus, Saturn and Jupiter. This adherence to a seven-day schedule, with one day being for rest or reflection, has been seen numerous times throughout the ancient world, even in the Far Eastern empires of China and Japan.

Along Came the Empires…

The next major empire to rise was the Greeks, and they also used a seven-day week based on celestial bodies, which were then named after their own gods (Sun, Moon, Ares, Hermes, Zeus, Aphrodite, and Cronus). The ancient Greek calendar system was a complete mess, however, as each city-state maintained its own calendar and approach to compensating for leap days and extra months. A thirteenth month had to occasionally be added (called an intercalation), while in other city-states, the length of the months was simply extended or fluctuated as needed. 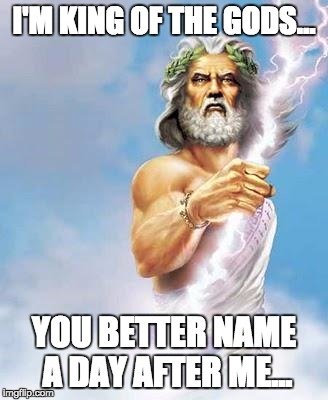 The Romans (during the Republic) changed things yet again, shifting to an 8-day week, with the 8th day being a day for relaxation and shopping for the week ahead. The Roman Republic didn’t use specific names, however, but rather the letters A-H, and the calendars were organized in columns of weeks, rather than a grid. Unfortunately, since the calendar year wasn’t divisible by 8, the “shopping” day always fell on a different letter, so the orientation of weeks would change every year.

When Julius Caesar came to power, he had a new vision for the way the days were counted, and he proposed the Julian calendar in 46 BC, which reformed the Roman Calendar and made a full year equivalent to 365 days, with a leap day added every four years, making an average Julian year 365.25 days long. Following this new, more scientifically measured method, the 8-day tradition of the Roman Republic began to gradually fall out of favor. There was no consensus on this, however, so for a time, both the 8-day and 7-day calendar weeks were observed in Rome. 370 years after the Julian calendar was formed, Constantine, the first Christian Roman emperor, made the 7-day week the official standard for calendars.

After they eliminated the use of letters, A-H, the Romans followed in the path of the Babylonians and Greeks and used their own version of the gods’ names for the days: Mars, Mercury, Jove, Venus, and Saturn, along with the sun and moon. However, although modern traditions have often carried over from the Greeks and Romans, the name of the days commonly used around the world are not always derived from them. Depending on the language you’re speaking, the name of the day could come from Roman, Greek, Norse or Germanic traditions.

Monday – Moon’s Day (Similar around the world, often derived from luna and lune – Spanish/French for moon)

Wednesday – Woden (Norse), Miercoles/Mercredi (Spanish/French, based on the planet Mercury)

Saturday – Saturn’s Day (Roman), Sabado/Samedi (Spanish/French, based on the word for Sabbath)

Fortunately, to the joy of calendar manufacturers throughout the world, the 7-day week standardized by Constantine has remained unchanged throughout the world, and isn’t likely to shift anytime soon! I certainly wouldn’t want to bring down the wrath of this guy by changing the word for Thursday… 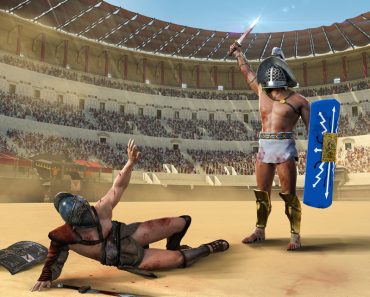