Mid-air refueling takes place by connecting a tanker aircraft with a recipient aircraft through a retractable pipeline that pumps fuel.

Although man’s understanding of aviation has come much farther than what the Wright brothers had originally conceived, the fear-in-chief remains the same!

As cool as it is to fly above the clouds, any help is several thousand feet below! (Photo Credit : Jag_cz/Shutterstock)

The idea that any help available to you is several thousand feet below you, safely on the ground, and that gravity will invariably act against you, provides no solace for these worries. For perspective, think of running out of gas while driving. The very thought of having to push your car to the nearest fuel stop is exhausting.

However, so long as cars are on land, they will arrive at a gas station sooner or later.

But what would happen if an aircraft were to run out of ‘gas’ mid-flight? Is dropping from the sky inevitable?

Turns out, the brighter minds amongst us have already pre-empted such a problem. The risk of an aircraft running out of fuel over long distances is only too real. Due to this, aircraft are fueled mid-flight by bigger aircraft that are essentially flying tanks of fuel. 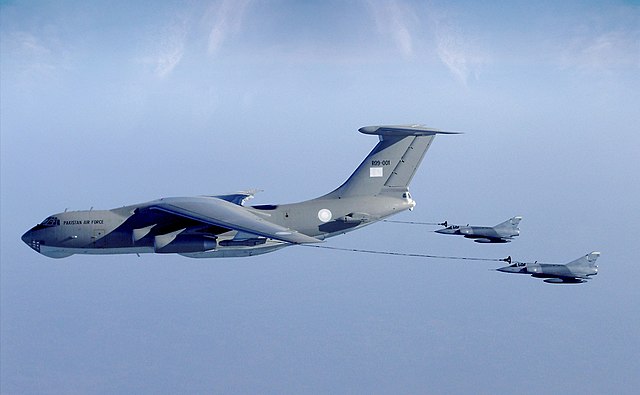 When would an aircraft run out of fuel in mid-air?

An aircraft engine not getting fuel can be caused by two things. The first is fuel starvation, wherein fuel is present in the aircraft, but unable to reach the engine due to line faults. Fuel starvation can only be rectified by servicing.

Fuel exhaustion, on the other hand, is the complete absence of fuel. The reasons for fuel exhaustion could be, but are not restricted to:

Fuel exhaustion typically occurs towards the end of a given journey and can be rectified by refueling.

What kind of aircraft can be refueled mid-air?

Aircraft are generally designed to be refueled on the ground. In order to be refueled in mid-air, the craft’s fuel ports have to be moved to a convenient position so that they can be accessed by refueling pipes. Thus, it is possible to refuel all aircraft in mid-air, provided they are modified for it. 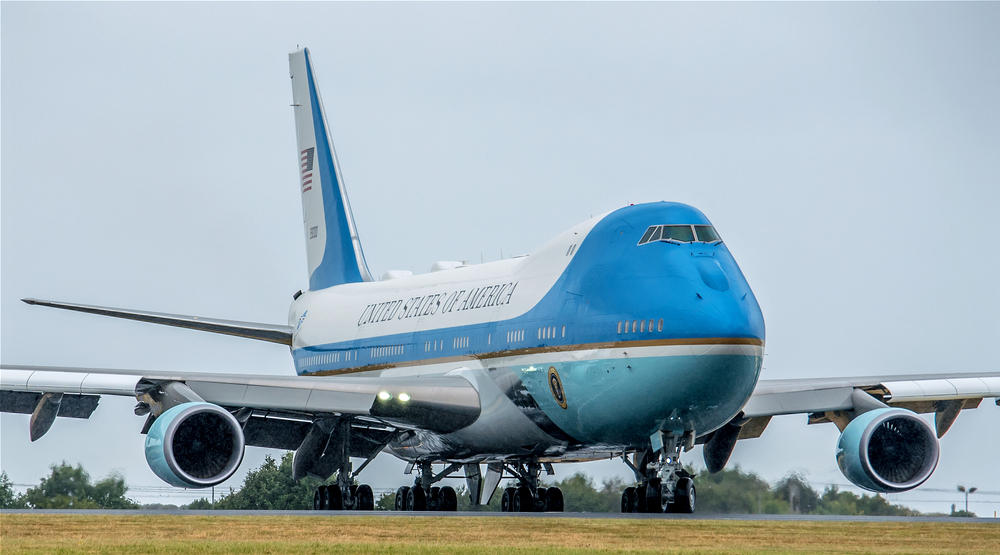 Air Force One, the President of the United States’ carrier, is a modified Boeing 747, capable of mid air refuelling (Photo Credit : Liner/Shutterstock)

It is not feasible to refuel commercial and private aircraft mid-air, from safety, economical and logistical standpoints. Due to this, it is desirable for them to take layovers instead, and there are protocols for emergency landings at various airports.

How does mid-air refueling take place?

In principle, mid-air refueling is a pretty simple operation. Fuel is delivered by means of a ‘tanker’ aircraft to the ‘receiver’ aircraft while in flight. It goes without saying that the receiver aircraft should have some fuel left, as it must sustain its flight until it gets refueled. 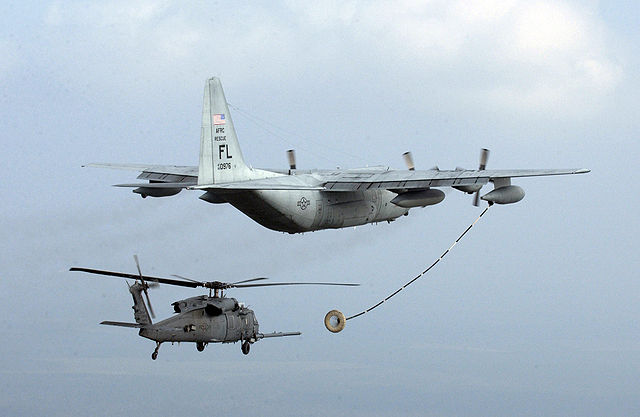 A tanker aircraft releases a tube through which fuel is pumped into the recipient aircraft (Photo Credit : Wikimedia Commons)

Receiver aircraft are equipped with either receptacles (illuminated in orange – left image) or probes (projecting from near the cockpit – right image) to pump fuel into their tanks (Photo Credit : Wikimedia Commons & Shutterstock)

Across the world, mid-air refueling operations are carried out using one of the following two systems:

The boom is a rigid, retractable pipe that extends from the tail end of a tanker aircraft. It is deployed by a boom operator sitting in the tanker aircraft, with virtual or real-time visibility of the boom and the recipient aircraft. 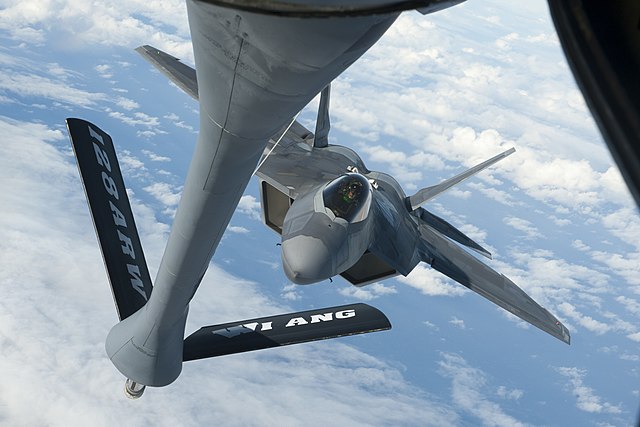 The flying boom is stabilized by control surfaces like winglets when refueling in mid-air (Photo Credit : Wikimedia Commons)

When the recipient aircraft is in the ‘refueling envelope’, the boom is inserted into a receptacle, allowing for fuel pumping to commence. The boom has high drag due to its non-aerodynamic configuration and rigidity. It is thus equipped with winglets that stabilize it while filling. 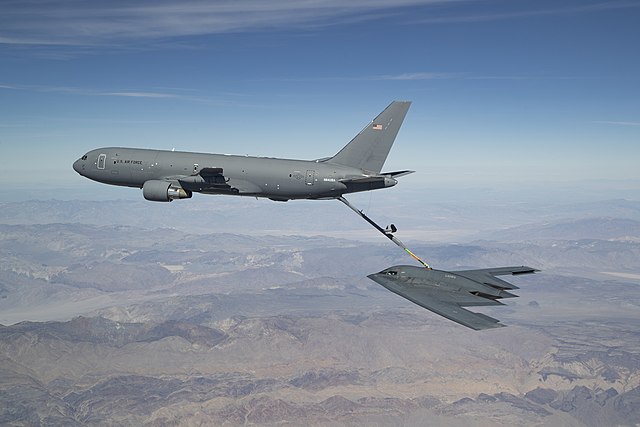 The flying boom is used for refueling bigger aircraft, such as the B2 Stealth bomber, as shown above. However, the boom can refuel only one aircraft at a time. (Photo Credit : Wikimedia Commons)

Flying booms are capable of pumping as much as 1000 gallons per minute (source). Due to this, they are best used for refueling bigger military aircraft with high-volume storage tanks.

Tanker aircraft have just one flying boom that can cater to a single aircraft at a time.

Some tanker aircraft use flexible hoses instead of a rigid boom. They can also carry fuel in multiple storage units aboard a single aircraft. This makes them capable of refueling multiple aircrafts in one mission. Since flexible hoses flutter when deployed from aircraft in flight, they have to be stabilized.

This is achieved by attaching a collapsible, drag-inducing contraption called a drogue. Drogues resemble badminton shuttlecocks in design, and add drag to the pipeline, thus preventing it from whiplashing.

The drogue is a shuttlecock-like contraption, designed to funnel the aircraft’s probe into the refueling hose. The probe and drogue system can refuel multiple aircraft at a time. (Photo Credit : Shutterstock & Wikimedia Commons)

Recipient aircraft for such refueling systems are equipped with probes, which are fixed or retractable pipes extending from their body. These pipes are rigid and get funneled into the drogue, establishing a connection to transfer fuel. Probe and drogue systems can usually fill up to 600 gallons of fuel per minute, and are thus more desirable for smaller aircraft. At the same time, multiple small aircraft can be accommodated in the tanker’s refueling envelope.

Other than the implicit danger of two aircraft flying in close proximity, there are several other risks to mid-air refueling. Internal risks include the failure of refueling systems, such as hose release and retraction, fuel pumps etc.

The imminent collision with the tanker aircraft led the receiver aircraft to pull a harsh evasive maneuver.

It is inevitable for the tanker aircraft to come in close proximity to the receiving aircraft. Thus, safety protocols and failsafe mechanisms are devised to improve situational awareness and reduce refueling accidents.

Tanker aircraft use dimmable exterior lighting to prevent recipient aircraft from disorientation and blinding, especially at night. The autopilot feature is especially useful for monitoring the relative speeds of both aircraft. 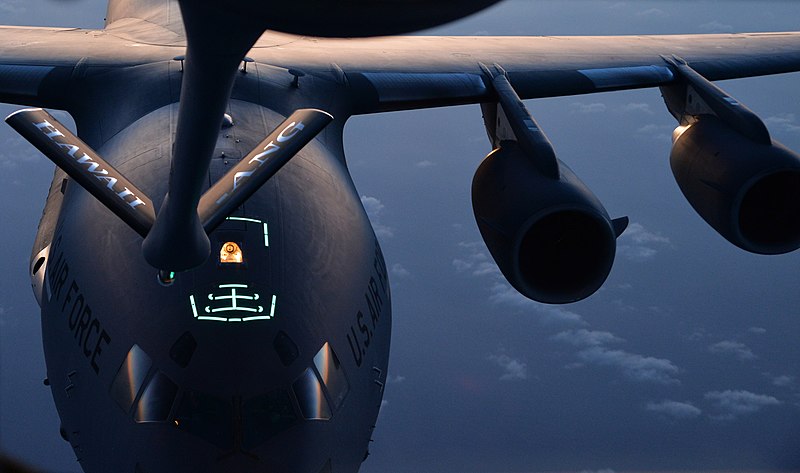 Aircraft generally fly in pre-established formations to reduce the risk of collision.

Gas pumping does not commence until a secure seal is established. After refueling, the hose is reeled back in a manner that prevents residual fuel from spilling onto the viewports of the recipient aircraft. Emergency disconnects and quick releases also add a layer of safety to prevent fuel spillage.

Risks arising due to fuel exhaustion stem from large distances between airports. Due to well-established routes and high flying frequencies, these risks are significantly low for commercial aircraft. 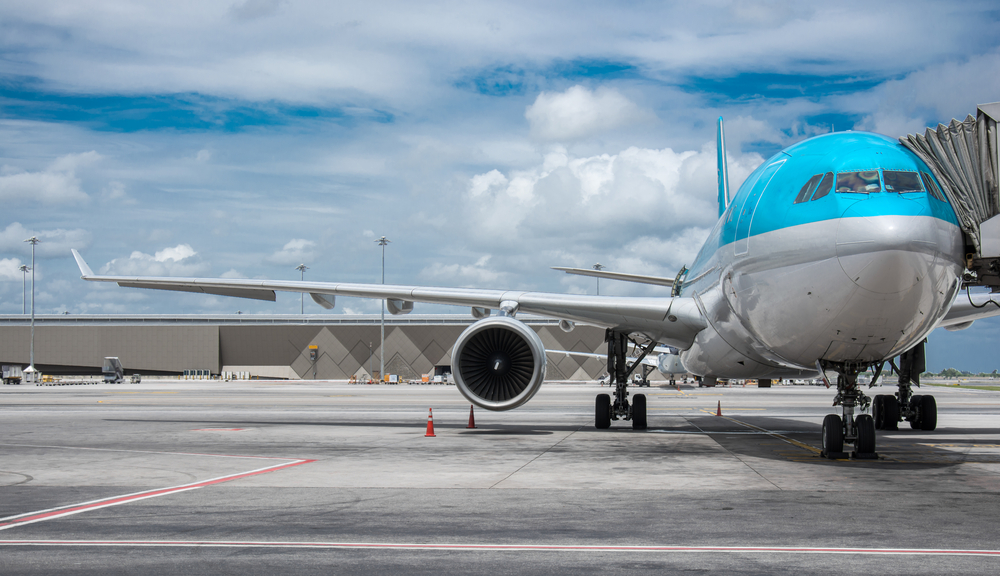 On the other hand, military aircraft have non-standard flight plans and the risk of fuel exhaustion is higher.