Beatboxing uses all the speech sounds available to human beings in amazing ways. Beatboxers manipulate these speech sounds to create music that is original and unforgettable.

Beatboxing is a method of making music or beats using only the sounds made from one’s mouth. Beatboxers (people who beatbox) make these beats to mimic drum-like instruments. There are many other variations of beatboxing across the world, and throughout history.
Carnatic music from South India, Scat music and Acapella music from North America, and Lilting music from Ireland are all forms of beatboxing!
Additionally, the field of Phonetics and Phonology, which is the study of the sounds produced by human beings, takes particular interest in the fascinating practice of beatboxing.
Have you ever tried to beatbox? Here is a fun exercise: say the phrase “boots n’ cats” on repeat to produce a very basic beat using only your mouth! And just like that, you’re beatboxing. 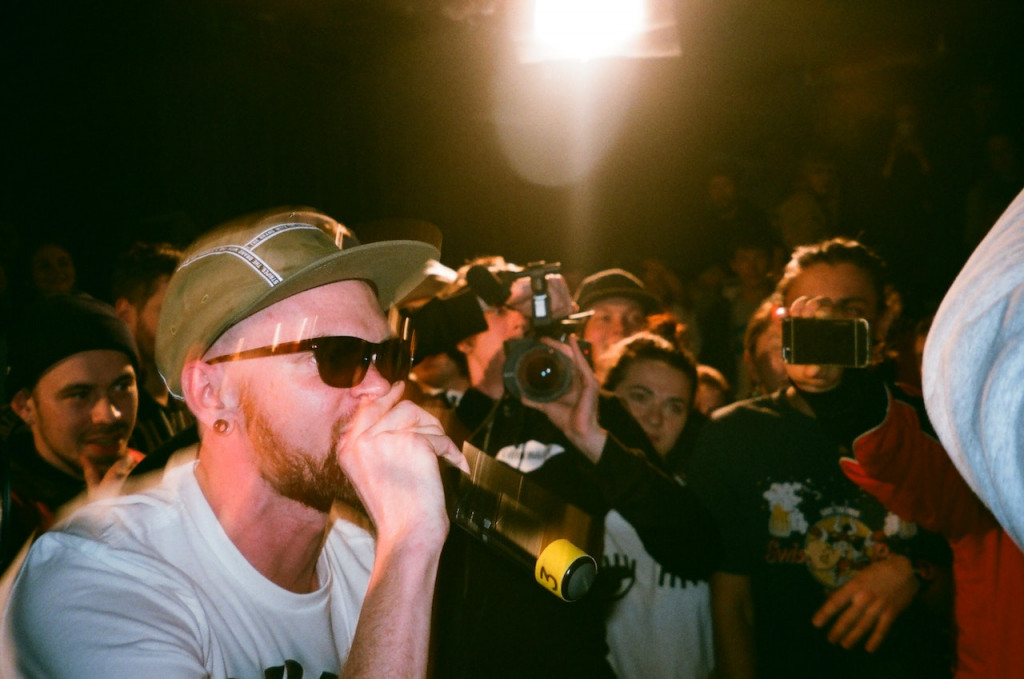 Where did beatboxing originate from?

Beatboxing as an art form arose from necessity. In the city of New York, early rappers would rap over beats made by drums. However, drum machines and other equipment used to make music were costly. Even affluent musicians were unable to afford such equipment. Subsequently, musicians started creating beats using their mouths. This allowed rappers to rap over the beats, resulting in the birth of the practice of beatboxing.

How does beatboxing work?

To understand the process of the fascinating art that is beatboxing, we will look at two separate research studies that were done to unearth the science behind accurately imitating instruments.
The first study was conducted on a 28-year-old male native French-speaking beatboxer who was asked to perform all the beats he knew. The sounds that he produced were recorded for further observation and analysis. The researchers described every produced sound in phonetic terminology.
Every sound produced had its own acoustic signature. This means that each sound was unique in its own way. It was an astounding demonstration of the use of the mouth and its components!
In all the recorded sounds, breathing and the production of sounds were showed to be disconnected from each other, indicating the level of lung capacity needed to beatbox. 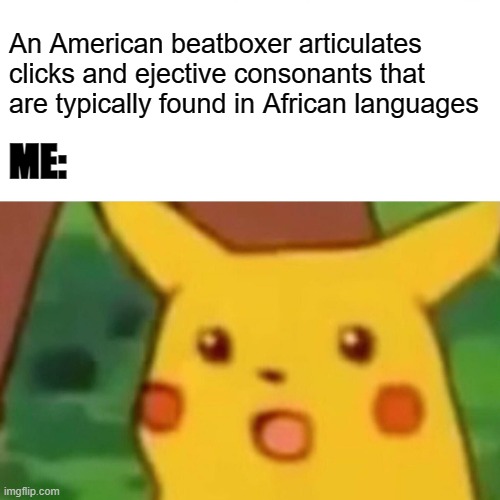 The second study worth discussing was conducted on a 27-year-old male American who speaks English and Spanish. The researchers used real-time Magnetic Resonance Imaging (rtMRI) to analyze his speech sound mechanisms. This beatboxing artist amazed researchers through his ability to produce ejectives and clicks — sounds primarily observed in African languages, such as Xhosa, Hausa and many others. The sounds he articulated were also given linguistic descriptions.
If you’re interested in more information on that particular study and its findings, refer to this website!

Linguistics is the scientific study of languages. Linguists deal with languages and try to understand their properties better. Within the fields in Linguistics, Phonetics and Phonology deal with human speech sounds. They study speech sound production, perception and their properties.
Can you believe that? We can describe any possible utterance of speech through a linguistic lens! For example, to produce the sound /b/, our lips close together to stop the air from escaping our mouth. Then, we let out a puff of air as we release our lips.
This action is a bilabial plosive or bilabial stop (bi = two, labial = relating to the lips, plosive/stop = words used to describe stopping of airflow using our mouth and releasing it suddenly). 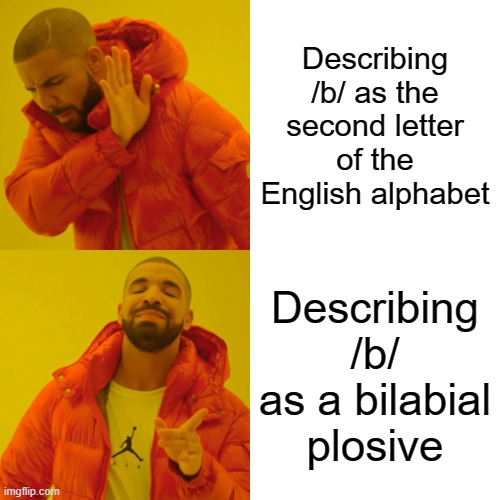 The methods used in beatboxing were unknown for much of its existence, which is why Phoneticians and Phonologists now show such interest in uncovering the unusual mechanisms behind beatboxing.

Beatboxing as an art form has been in existence for many years in different cultures and lands, taking on a variety of different names. Beatboxing as we commonly know it uses all available speech sounds of human languages to create music. It is proven to be a versatile performance in its use of various articulations of speech sounds that are available to human beings.
So, the next time you try to pick up beatboxing, remember that while the production of sound may be easy for us, speech is, inherently, a byproduct of primary functions of the mouth and lungs! To be able to produce speech, let alone make music with our mouths, is yet another astonishing aspect of human beings!

​Aparna is a Master’s student of Linguistics at the University of Hyderabad, India. When she’s not geeking about Linguistics in casual conversation, she’s found crocheting in a quiet corner. At any given moment, she can be found watching a TV show or listening to a podcast. She’s fascinated by things unknown and also absolutely adores alliterating her sentences.