The moment I hear or think of the word ‘spacesuit’, my mind immediately pictures an astronaut clad in a white spacesuit enjoying the feeling of weightlessness in the vast expanse of space (fortunately, I also imagine their space shuttle in the immediate vicinity). I’m sure many of you also associate the color white with spacesuits, right? Or are you among those who relate the color orange with spacesuits? Or perhaps you belong to an altogether different category of people who, when they think about spacesuits, can’t help but wonder why white and orange spacesuits are the only choices to cover people launching off on space voyages…

If you belong to that third category of people, then you’re about to find out the real reason behind the color choices of white and orange.

How Do Astronauts Choose The Best Color For Their Spacesuits?

To start with, there are two main kinds of spacesuits: Launch/Entry suits and EVA suits. Let’s look at them individually to determine their different purposes.

Launch/Entry Suit: The Orange One 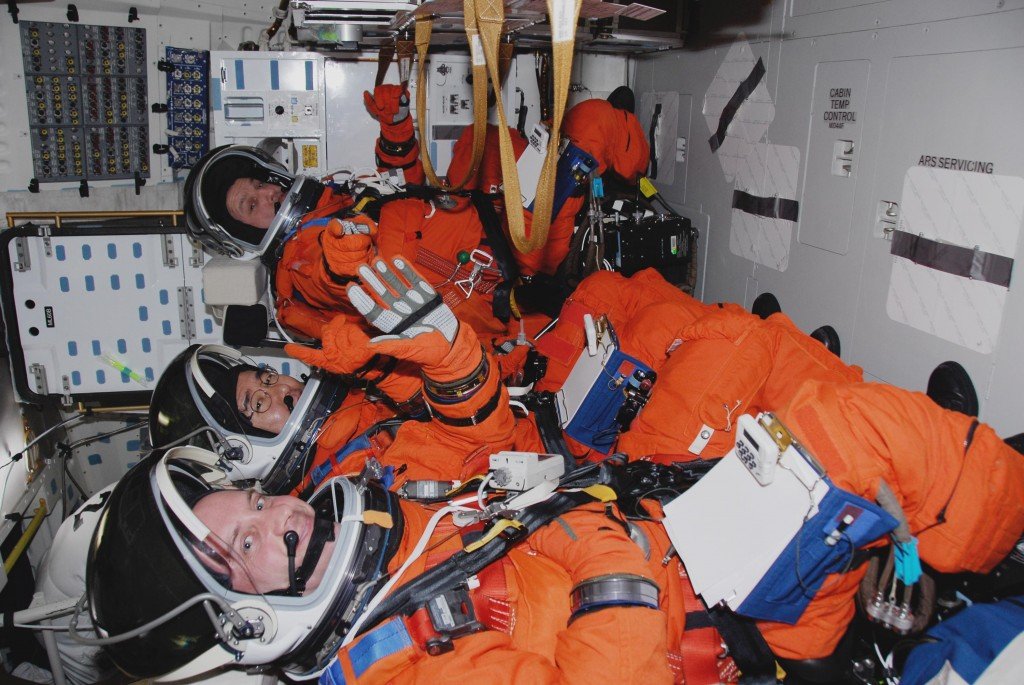 It’s easy to refer to it as “the orange suit”, yes, but there is a specific name for this type of suit: the Advanced Crew Escape Suit (ACES) – also informally referred to as the ‘pumpkin suit’. It is a full-pressure suit that astronauts going into space wear during launch (lift-off). Pressurized suits are necessary for pilots (or space crew) who fly at altitudes where air pressure may be too low for a person to survive without a protective suit. A partial-pressure suit is worn by aircrew, whereas a full-pressure suit is worn by space crew. The suit is designed to protect the wearer from accidents during the launch or landing of the spacecraft. It consists of certain vital components, including medicine, a radio, flares, survival gear and, of course, a parachute.

But why are ACES orange in color?

It’s not that NASA thought this color would look cool (which, by the way, it does)… there’s more to it. “It’s highly visible for search and rescue; it’s one of the most visible colors, especially for sea rescue,” said one shuttle crew escape subsystem manager, Brian Daniel, at NASA’s Johnson Space Center in Houston.

EVA Suit: The White One 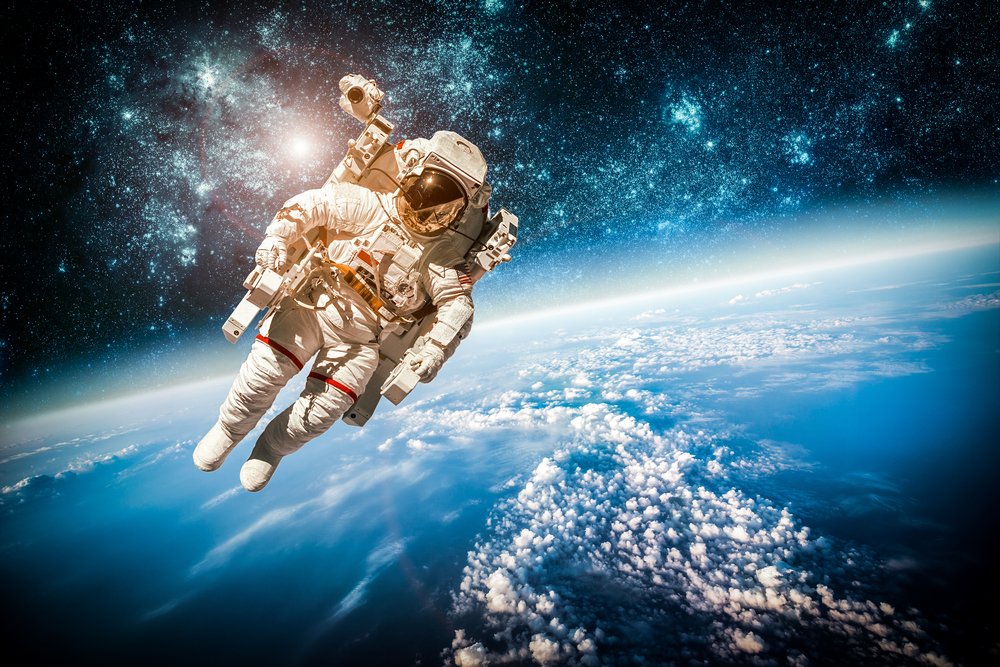 The purpose of an EVA (Extra-Vehicular Activities) suit is entirely different from ACES; an EVA suit is the one that astronauts use during their spacewalks. These are designed for survival in the harsh conditions of space, which include near-vacuum and thermal extremes. The suit also protects against small debris floating in the space that may do perilous harm to ‘space-walkers’. For the same reasons, you have likely noticed that EVA suits (the white ones) are much bulkier than ACES (the orange ones), as they contain multiple layers of heavy fabric and insulation.

Why Are EVA Suits White?

The most important reason for selecting the color white for EVA suits is that white reflects more heat than other colors; therefore, the astronaut doesn’t get too warm. However, they can also get too cold in space, but controlling that is in the astronaut’s hands – literally! Their gloves have heaters embedded inside them to keep those fingers functioning! White is also the best option due to its contrast against the vast blackness of space, which renders the wearer easy to spot.