Spacecraft can return to Earth safely due to ablation, wherein the shuttle’s outermost layer absorbs the heat of re-entry and erodes.

Man has sought protection from invading elements for millennia, in some form or other. As our adventures took ever-riskier paths, the role of protective equipment also became more critical. Beginning as any kind of barrier between a man’s skin and the external environment, protective equipment has come to play far more active roles in work, travel, industry and survival. One such crucial role is in the flight back home from space!

Before we look at the evolution of safety materials, we should first attempt to understand the basics of entering Earth’s atmosphere from space. Getting spacecraft to land safely back on Earth is no walk in the park. 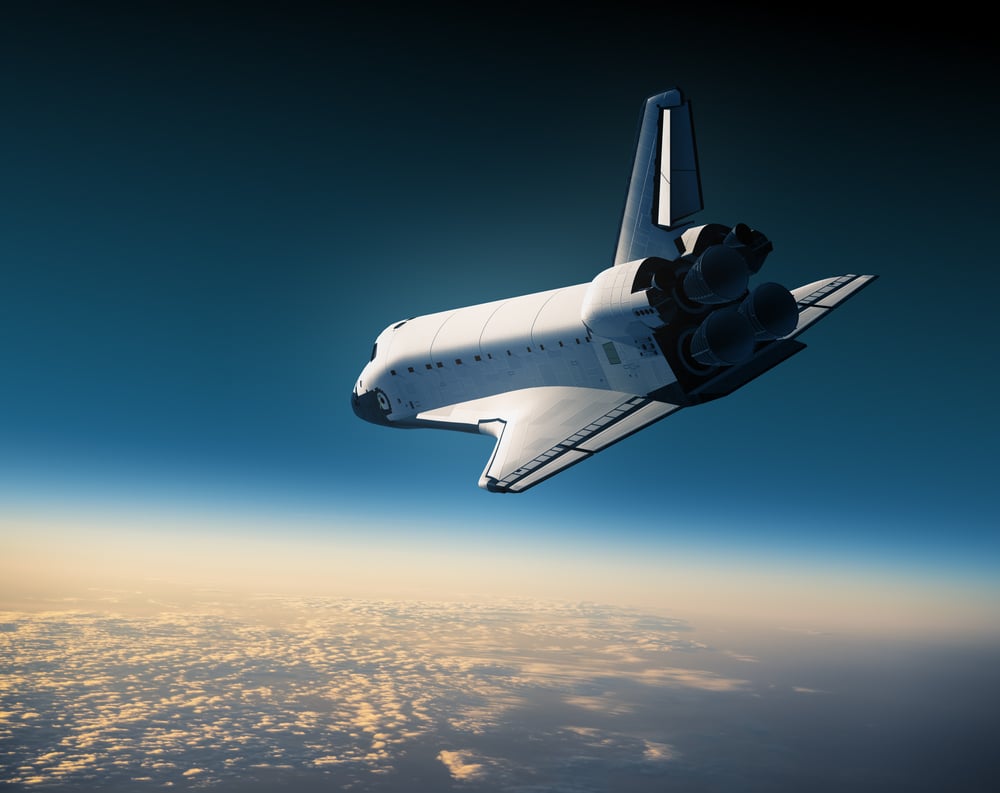 Re-entry to Earth from space is a very challenging task, even in comparison to commercial aircraft (Photo Credit :3Dsculptor/Shutterstock)

Entering the atmosphere involves crossing various layers of the atmosphere, where the temperatures, due to atmospheric drag and aerodynamic heating, can reach up to 1650°C (3000°F). These temperatures are high enough to melt most metals—and even vaporize some! Thus, for a space shuttle to safely return to Earth, it is important to battle this heat and friction effectively.

The word ablation refers to destructive consumption or elimination. Consequently, ablatives are materials that are consumed as the spacecraft enters Earth’s atmosphere. Since there are no materials that can withstand the heat generated during re-entry intact, a special type of material known as ablative is used. 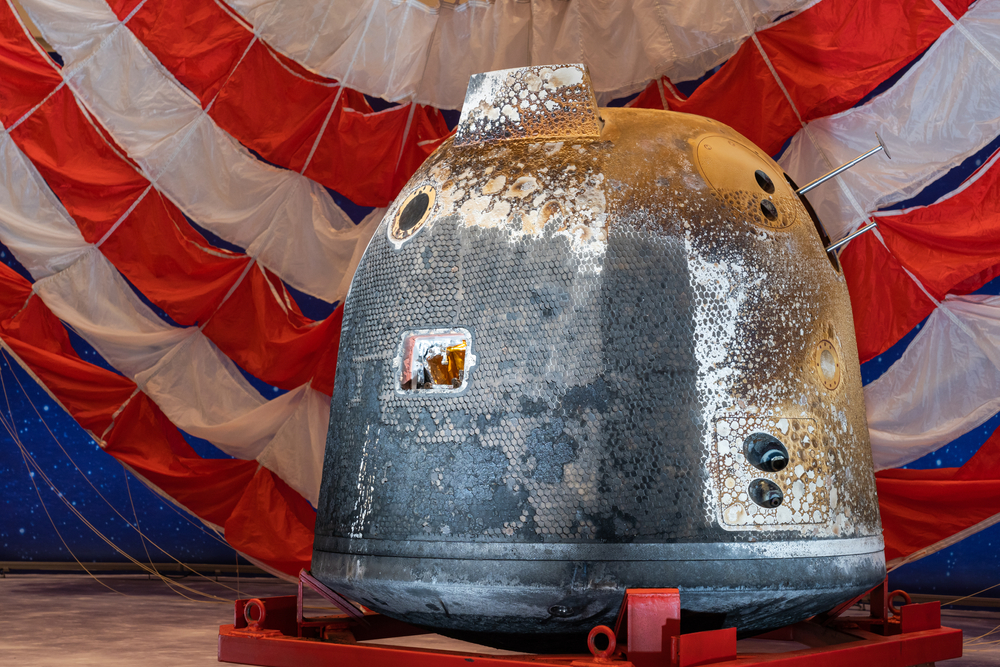 The outermost layer of the reentry vehicle interacts with the heat and erodes in the process (Photo Credit : Shanshan/Shutterstock)

The word ablation also finds use in genetic, surgical, geological and fire protection parlance. However, the context of material elimination through the use of energy remains the basis of ablation.

How do ablative materials (ablators) work?

Ablation is a type of Thermal Protection System (TPS) that safeguards spacecraft from the intense heat faced during re-entry. During design and construction for the mission, the outermost surface of the spacecraft is coated with ablative materials.

The process of heat shielding can be divided into two stages. The first is material removal, wherein the outermost layer of the vehicle comes in direct contact with the atmosphere and is consumed in the process. The remaining part of the process is insulation, where the material must withstand heat without losing its own structural integrity. At the same time, it must not transmit heat to the base material of the vehicle. 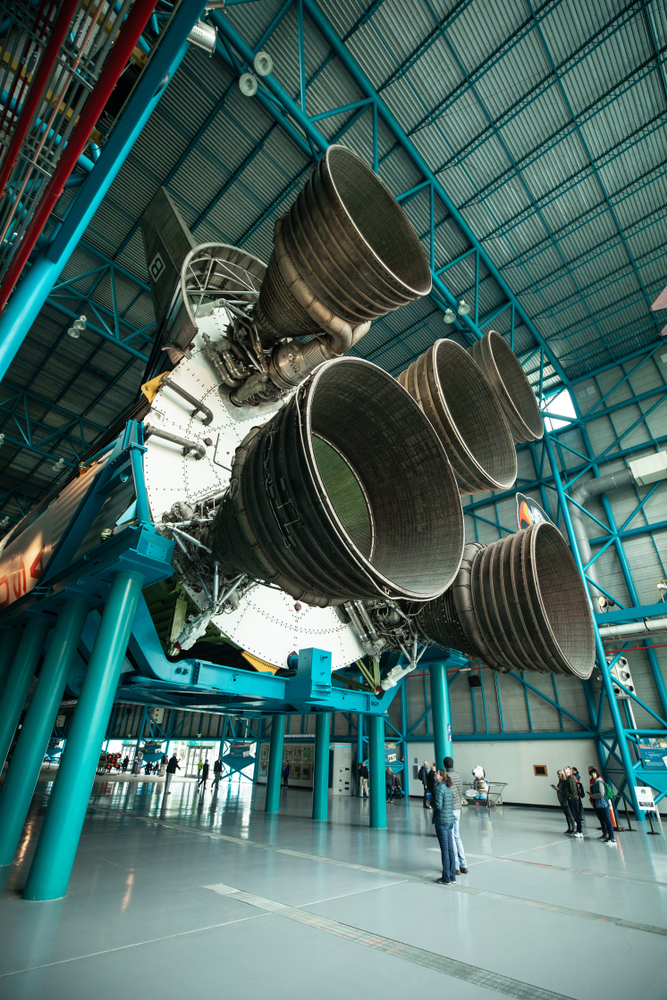 Ablatives have superior aerodynamic and structural properties, in addition to their heat-shielding abilities. (Photo Credit : Mia2you/Shutterstock)

Thus, the choice of ablative materials is dependent on various parameters related to both heat dissipation and structural integrity. It also depends on the return trajectory of the vehicle. A sharp trajectory would mean more aggressive heating for a shorter duration of time, along with very high landing speeds. On the other hand, a gentle trajectory would have slower landing speeds, and a lower intensity of heating, but the exposure time would increase significantly.

Apart from insulating, ablators are also used for structural and aerodynamic purposes in various components of the spaceship.

Ablators are designed to divert heat from the vulnerable base or virgin metal, while getting consumed in the process. Ablative materials are generally categorized into three types:

As their name suggests, subliming and melting ablators melt or sublimate (get converted directly from solid to vapor) in the process of taking heat away from the base material. The liquid or gas that results from this process further blocks heat from penetrating into the base. Observations from both space shuttles and satellites show up to a 50% reduction in transmitted heat due to the generation of gases, in addition to the ablation process itself.

Early flights included copper and beryllium as ablators. However, PTFE (polytetrafluoroethylene), commonly known as Teflon, was amongst the first subliming ablators. Other materials include graphite, carbon composites and even ceramics, owing to their low thermal conductivity and great structural properties. 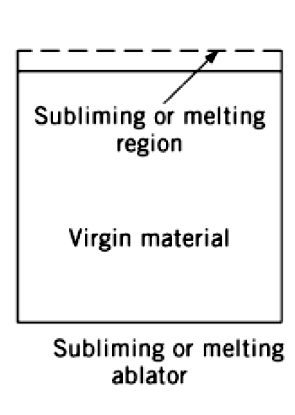 Charring ablation involves material getting burnt to form a porous layer. It is porous due to selective melting or sublimation of the material. The gases derived from the formation of the char layer further add to the insulating properties. Charring ablators are also progressive in nature. This means that more char gets formed as the top layer erodes away, due to aerodynamic shear forces. Due to this, charring ablators are the most effective, and are therefore highly preferred for thermal protection. They are often used in conjunction with sublimating or melting ablators to increase their efficacy. 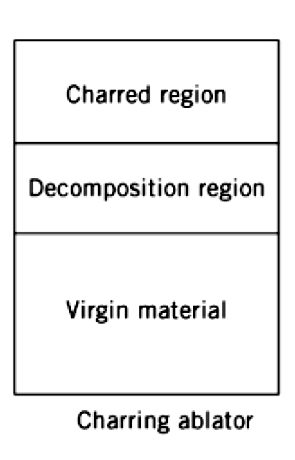 Carbon fiber-reinforced phenolic composites and resins are examples of charring ablators. They can be used with melting ablators, such as silica or nylon, to enhance their ablative characteristics.

Wood has been used as a low-cost charring ablator in the past, but it was phased out, as the thermal and physical characteristics of wood aren’t uniform throughout.

Intumescent ablators form a foam-like porous structure when exposed to heat. While you can think of them as charring ablators, they are actually the outcome of an exothermic reaction, as opposed to the endothermic reactions that take place in charred ablators. Since exothermic reactions add to the overall exposure to heat, they are usually reinforced with inorganic material that helps consume energy, rather than adding to it.

Intumescent ablators are known for their superior mechanical strength. However, this also means that their structure is detrimental to the aerodynamics of a vehicle as it enters Earth from space. For this reason, they are not used in high-speed re-entry vehicles. They find use in ammunition that is susceptible to fire, and in load-bearing applications, such as beams, pillars, and bridges on oil rigs. Intumescent ablators are easy to install, as they are available in the form of proprietary spray-on coatings, sheets and tapes.

The process of ablation can be wasteful, given that material gets consumed in the process. Research bodies are looking for reusable ablatives that sacrifice less material. At the same time, scientists want to shift from using organic material to metallic ablators. 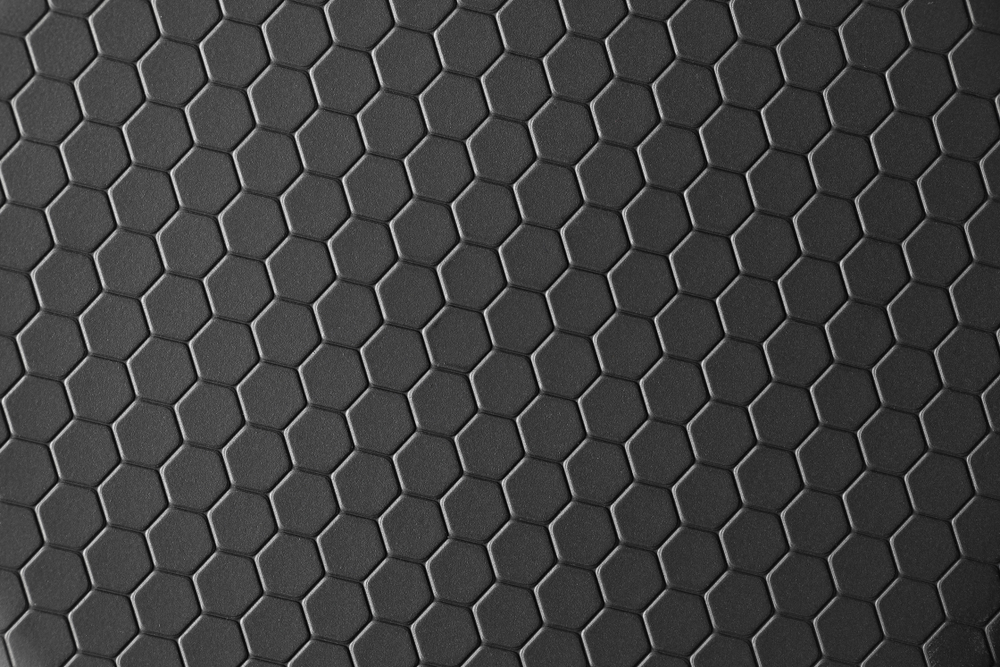 Use of a tiled honeycomb structure in PTFE helps in effective ablation. (Photo Credit : nikkytok/Shutterstock)

The use of such ablators would help to delay the oxidation and decomposition of ablators, especially in low-level orbits of Earth’s atmosphere, where temperatures are generally high, and satellites face prolonged exposure.