The advent of space exploration has led to many technologies that have infiltrated our everyday life, from baby food to the memory foam in our mattresses, and so much more.

There is often a debate over whether we should explore space. Should we really spend our valuable resources on developing technologies that will enable us to better understand and physically travel the vast cosmos? Or is it better to spend those resources to solve the problems running rampant here on Earth? Well, the answer isn’t binary, as we can do both at the same time; in fact, this is in our best interest, as NASA’s 60-year run of success shows.

NASA’s primary objective is to explore and gain a better understanding of the cosmos. In doing so, it must develop technologies to establish a better picture of the universe, make devices to physically explore different types of terrain, make equipment that can orbit the earth and other planets, and develop a space station for space environment research, among many other things.

This pursuit has led NASA to develop many new technologies, some of which have trickled down into our everyday life. NASA has a magazine called Spinoff, in which it details thousands of its inventions that have come to widespread use.

Let’s take a look at some of these.

From Space to Everyday Life

Mobile phones have become ubiquitous these days, packed with incredible processing power, as well as high-quality front and back cameras. Miniaturized cameras have found a major market, with the selling point of phones often being their higher megapixel camera, as well as standalone products from companies like GoPro. One of the ways this miniaturization has been possible is due to the invention of digital image sensors, which can be traced back to NASA JPL scientist Eric Fossum. In his effort to reduce the size of cameras for interplanetary missions, Fossum reduced the signal noise, which was a problem in earlier attempts at CMOS (converting the captured light to electrical signals) imagers. Through that effort, he invented the CMOS active pixel sensor, which is currently used in smartphones and many other applications.

Braces can be unpleasant and can hamper one’s physical appearance. Thankfully, we have other alternatives, such as invisible braces, which provide seamless integration with a person’s dentures without them sticking out and drawing attention.

These braces are a form of transparent ceramics called translucent polycrystalline alumina (TPA). A company named Ceradyne developed it. They worked in conjunction with NASA Advanced Ceramics Research to find a method to protect the infrared antennae on heat-seeking missile trackers.

Nowadays, LASIK is the go-to procedure for long-lasting vision correction, making it the best alternative for eyeglasses and contact lenses. It is commonly referred to as laser eye surgery and is used for the correction of myopia, hyperopia, and astigmatism. It uses lasers to reshape the cornea in the eyes, thus improving visual acuity. 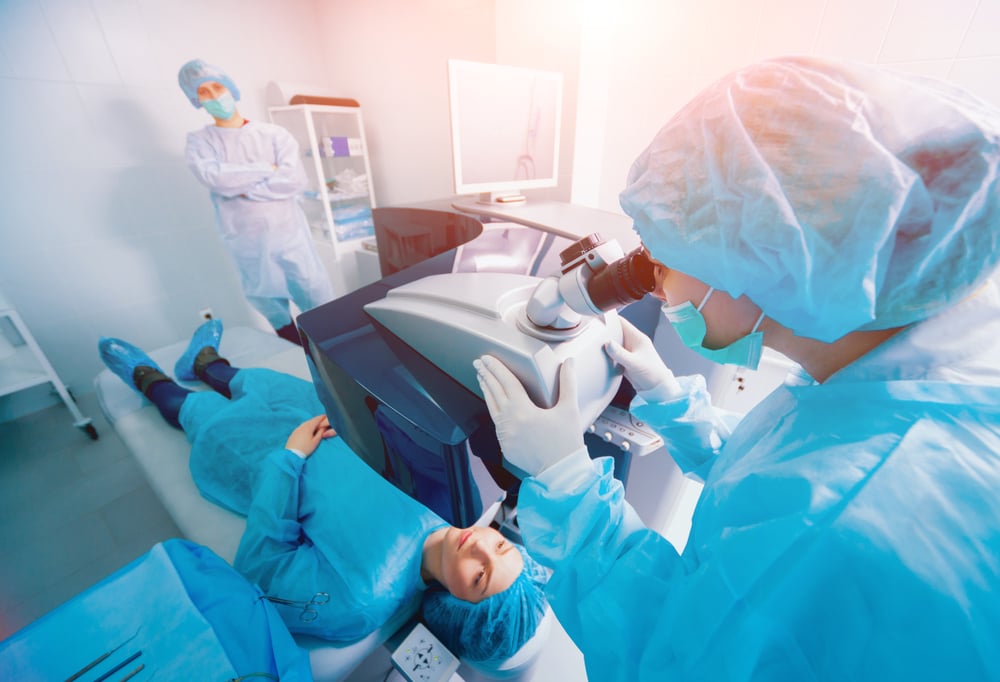 In the 1980s, NASA wanted to automatically dock space vehicles to service satellites. In an effort to do this, LASIK technology was developed, but eventually, the LiDAR system ended up being used. LASIK thus became a tool used by ophthalmologists for tracking eye movements during the reshaping of a cornea with a laser.

Hearing aids don’t help everyone who has a hearing deficiency, which is where cochlear implants come into the picture; they are surgically implanted to provide a sense of sound to a person with hearing loss. These implants bypass the normal hearing system and instead replace it with electric signals that directly stimulate the auditory nerve. Cochlear implants have been around since the 1960s, but their modern application was pioneered by NASA engineer Adam Kessiah. He started working on them in the mid-1970s, leading to a device that would provide hearing sensation for those people who receive no help from hearing aids. He developed this over 3 years while working at NASA, taking time out of his lunch break and using NASA’s technical library. Kessiah studied the impacts of engineering principles on the ear and applied the knowledge gained while working as an electronics instrumentation engineer at NASA.

A good night’s sleep is essential in everyone’s life, as it provides ample rest and alertness for the following day. Doctors recommend a memory foam mattress that gives the essential lumbar support for perfect recuperation at night. The foam takes the form of the person sitting or sleeping to provide adequate support, but returns to its resting position once the person gets off, giving it the name “memory” foam. Spacecraft designers wanted to make a material that accounted for the weights and body types of different passengers, but also realized that astronauts would fluctuate in their body form, which made custom designs for specific individuals illogical. The idea of foam changing itself to fit the current person before returning back to its base position worked perfectly as a solution to the problem. Memory foam was developed by Ames Research Center, together with NASA, and is now widely used in civilian aircraft, sports safety equipment, mattresses, pillows, etc. 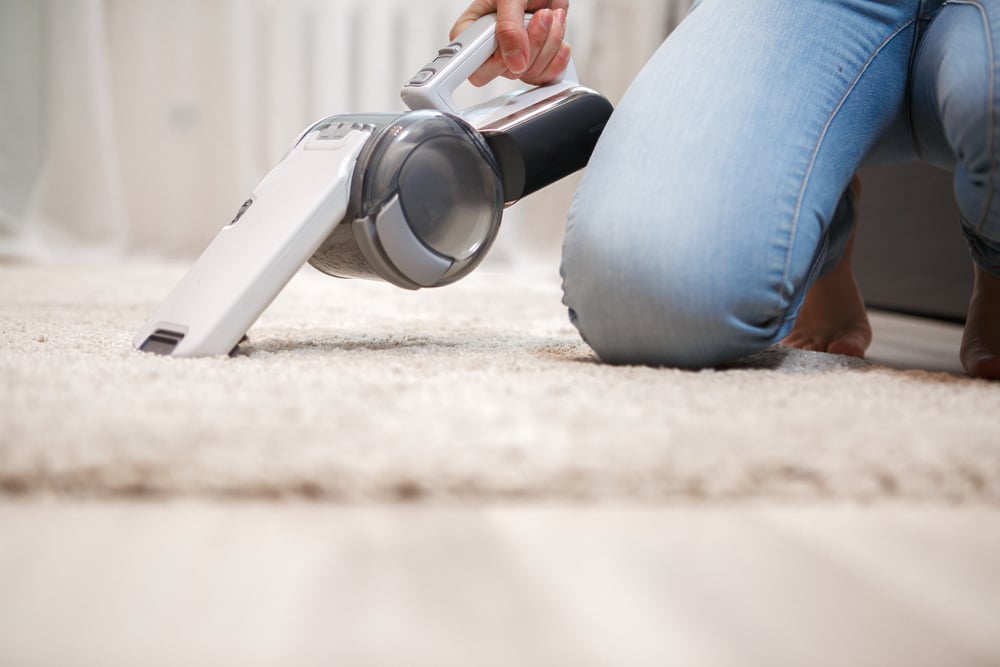 A portable, self-contained drill was required to extract core samples from the lunar surface during the Apollo space mission. NASA tasked Black & Decker with developing a portable machine that could be used for the task; to do this, they optimized the design of the drill’s motor through a computer program, which also used minimal power. This led to the development of a vacuum cleaner called the DustBuster, which was released in 1971 for the masses.

Another of the applications of space exploration technologies is seen in competitive swimming. NASA’s Langley Research Center supported Speedo’s design for a swimsuit through their wind tunnel testing and fluid flow analysis software. This resulted in the LZR Racer, which reduced skin friction drag more than 24% over previous Speedo swimsuits. The LZR Racer is comprised of woven elastane-nylon and polyurethane, and was released in March 2008. The athletes who wore this line of swimsuits broke 13 swimming world records!

Toddlers are required to have high-nutrition food, which facilitates healthy development, most of which is gained from human breast milk. There are times when substitutes are required to feed the child and enriched baby food helps in these cases. The available infant formulas today have a nutritional enrichment ingredient that originated from NASA-sponsored research. This research was conducted for a recycling agent in long-duration space travel on bread mold. The substance formulated is based on micro-algae and is found in over 90% of infant formulas sold in the United States, and is added to infant formulas in more than 65 other countries!

We clearly enjoy many of the advancements derived from our journeys into space; many things that have come from it are ubiquitous in our everyday use, making further investment in space a valuable proposition.

However, that shouldn’t be the only justification for venturing into space, as such leaps into the void also tap a very primal drive of humans to explore the unknown! 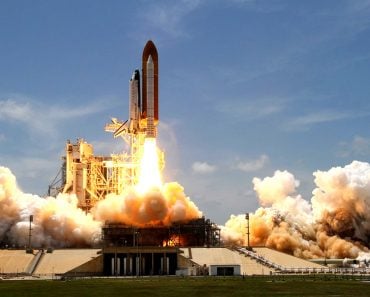