Hair hanging is a circus-style trick in which a person is suspended by only their hair and swung around or held up in the air. The secret to hair hanging is that the performers take care of a few key points in their preparation, such as eating specialized diets rich in hair-boosting foods, using special shampoo, receiving monthly scalp treatments, and ensuring that the braid is tightly wound and perfectly balanced.

If you’ve ever had your hair pulled during a schoolyard fight, or gotten some loose strands caught in a car door/window, you know how painful even the smallest tug on your follicles can be. That is why going to a circus and seeing someone swinging around by only their hair might cause your stomach to flip. No, this isn’t some reference to a medieval torture technique; hair hanging is a niche art form that is practiced by very few families throughout the world, and remains one of the most hair-raising acts under any big top. 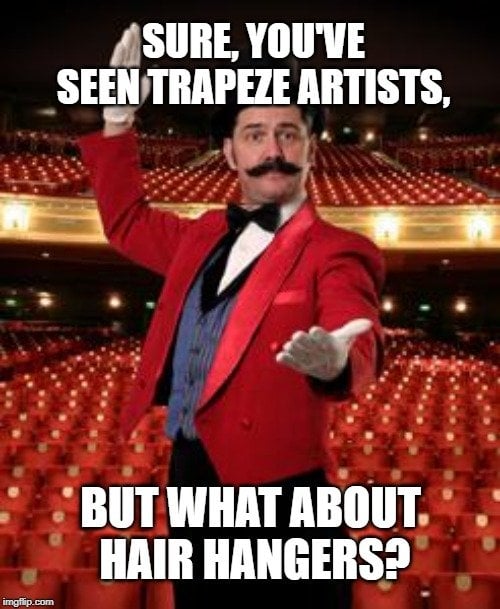 Astonishing as it is, the performers often seem untroubled by this death-defying act, as though the force of being whipped around by their hair wasn’t painful at all! Assuming that witchcraft isn’t playing into this miraculous trick, how is such a feat even possible? Before we dig into all the physical details of this stunt, let’s take a quick look at the history of hair hanging.

What is Hair Hanging?

As the name implies, hair hanging is a circus-style trick in which a person is suspended by only their hair and swung around or held up in the air. Originally conceived in China, it is traditionally performed with the hair wound around a ring or a hook, and the performer is then suspended or swung around, often while performing other tricks of the circus trade, such as juggling. When you first see this act in real life, it looks as though it must be fake, with wires or some other form of trickery, but in fact, it is simply and old, difficult and dangerous form of circus performance.

What many people don’t realize is that circus performing has been a family affair for centuries. Different circus families pass down their skills and knowledge to their own kin, or through very tightly knit communities. Hair hanging is one of those skills that few circus troupes ever mastered, so the closely guarded secrets to this practice remain in the hands of only a few dozen families and circus performers in the world! While we have discovered some of the basics behind how such a feat is possible, some of the professional tips remain closely guarded by these secretive families.

For generations, hair hanging was practiced and performed across the world by famous circus troupes, but it has recently fallen out of fashion. A few solo artists and duos have attempted to bring it back into the mainstream performance world, but it remains on the fringes of circus performance. While all of the secrets to this practice aren’t available to the public, we now know enough about this electrifying act to understand how it’s done! 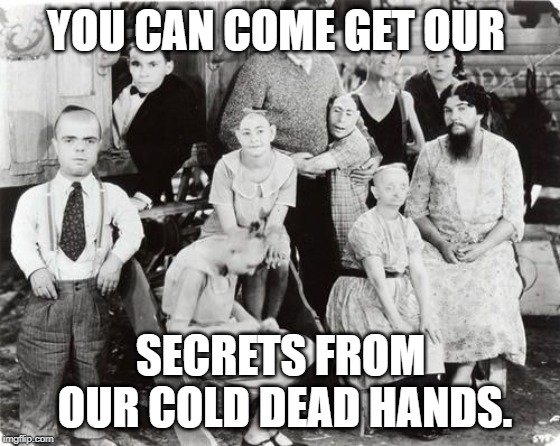 The Secret of Hair Hanging

There’s no way to watch a performer swinging around by their hair without stifling a cringe, but provided that the performers take care of a few key points in their preparation, the act can go off without a hitch.

As you might expect, hair care and maintenance is of the utmost importance when it comes to hanging by the hair for dozens or even hundreds of shows a year. Although we may think of the hair as being weak and easily snapped, it is actually incredibly strong, with a comparable weight limit of 100 grams per strand. With as many as 150,000 hair follicles on the human head, the combined strength of a single head of hair is rather incredible. In terms of pure physics, there is nothing unusual about human hair being able to support a person’s entire weight. 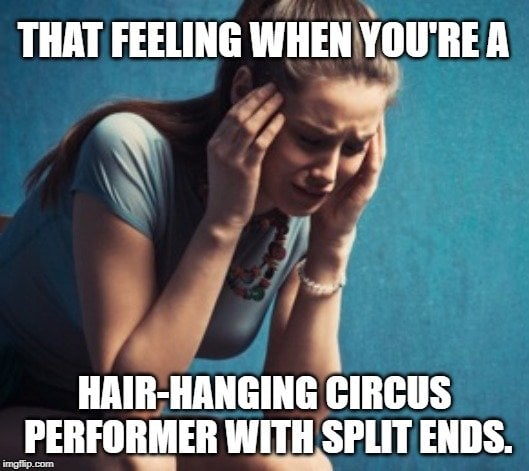 However, just because the hair has the strength to withstand the force, the force on a person’s scalp doing a hair hanging routine is also intense. One of the biggest dangers of this style of performance, of course, is tearing out the hair from the scalp. Strengthening the hair and the scalp is therefore critical for hair-hanging performers. Eating specialized diets rich in hair-boosting foods, such as avocados, eggs, carrots, brown rice and salmon, as well as using special shampoo and receiving monthly scalp treatments, are just some of the ways these performers keep their hair strong and durable.

The most important element of this circus act, and also the easiest to screw up, is the braid itself. Some performers spend hours before each show ensuring that the braid is 100% correct. Ideally, the hair should be damp while doing this type of performance, as this improves elasticity and reduces the amount of discomfort the performer will experience. More critically, however, is that the braid is tightly wound and perfectly balanced, so there is no undue strain on portion of the scalp over another. 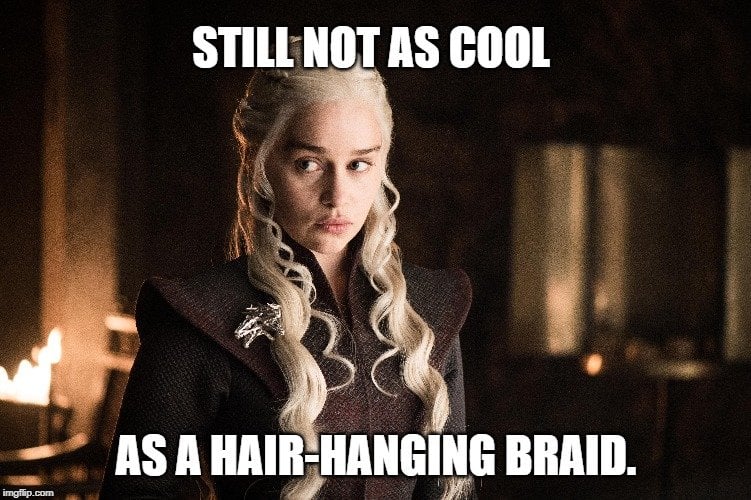 Little is known about the particular braids that are used by these performers, and the exact manner of braiding the hair is a closely guarded secret. In many circus families, the braids are passed down from mother to daughter, but rarely shared with outsiders. Different families have also developed their own techniques and specialized braids to make the performance as beautiful—and painless—as possible. When the braid is done perfectly and hooked in successfully, the weight should be evenly distributed around the scalp and head, preventing any tearing or injury. The process of being swung around by the hair still involves pain and discomfort, but performers have widely reported that the adrenaline rush of the performance is often enough to mask the pain.

Not only does such a feat require strong and healthy hair, but it also demands a unique level of muscle development in the neck and shoulders. When a performer is hanging by the hair, it puts an unusual degree and direction of strain on the neck and back. In order to safely perform this trick, the body must be gradually acclimated, and the relevant muscles must be allowed to develop. Some performers take years of slow, progressive training before they can hang from their hair, and even longer before they can perform other actions during a full-length set or show. Even if you had the strongest and healthiest hair in the world, hair hanging is more than a career; it is an art. It requires years of dedication, and in some cases, an entire lifetime! 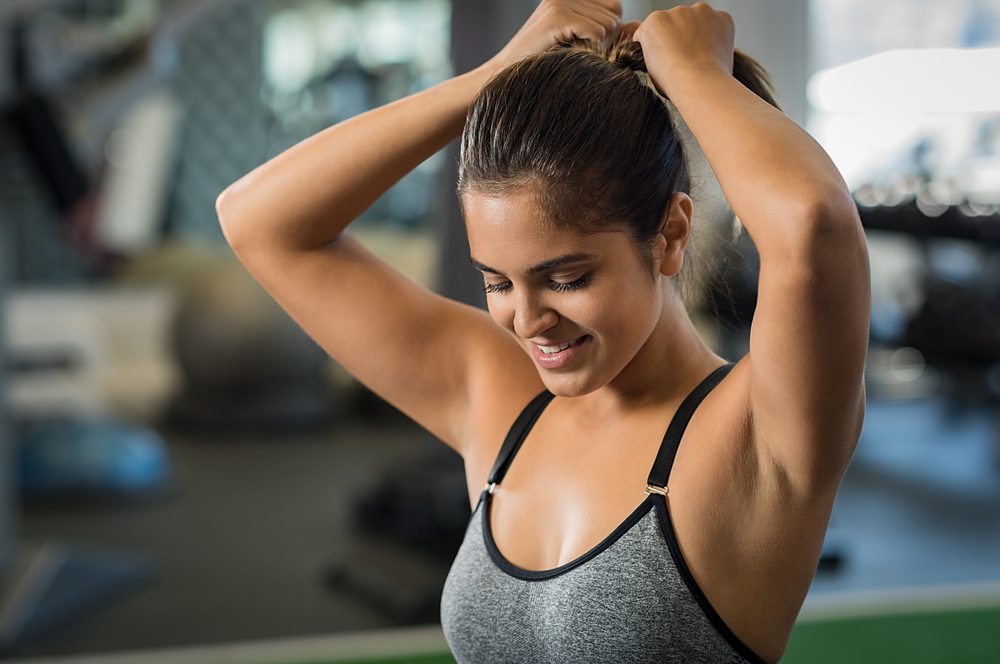 Hair hanging is one of the most dynamic and awe-inspiring circus acts, but also one of the most dangerous. There have been a number of tragic circus accidents in recent decades involving the hair-hanging apparatus or the performers themselves. Under no circumstances should you attempt any sort of hair-hanging trick unless you are working with a professional and are fully aware of the risks and requirements. It may seem cool to fly through the air suspended by nothing but your luscious locks, but it’s best to leave this trick to the professionals!

Do you know how performers hang by their hair in the circus?