It is possible to yo yo in space, although you need to make some adjustments due to the lack of gravity; however, many of the other forces that apply to yo-yoing on Earth are still present in outer space!

If you have ever spent time practicing the art of yo-yo, you know that it is a lot harder than the pros make it look! It’s an unusual and oddly entertaining pastime, one that is closely based on a few key principles of physics. However, once you become a yo-yo master, you may be extra ambitious and want to perform it in all sorts of places—as you walk down the street, at parties (maybe not), or even in outer space!

In this age of Tesla trucks potentially being sent to Mars, a lot of people are curious about what normal things are like in space. It was only a matter of time before someone wondered about the possibility of bringing a yo-yo to toss around in a space shuttle. So… is it possible to yo-yo in space?

What is a Yo-yo and How Does It Work?

Most of you have probably played with a yo-yo at some point in your lives, but for those deprived of this childhood joy, a yo-yo is basically a string attached to a pair of joined discs with a deep groove between them, where the yo-yo is able to spin, wind and unwind. The yo-yo body will travel up and down the string thanks to its weight, as well as momentum, rotational speed and frictional forces. 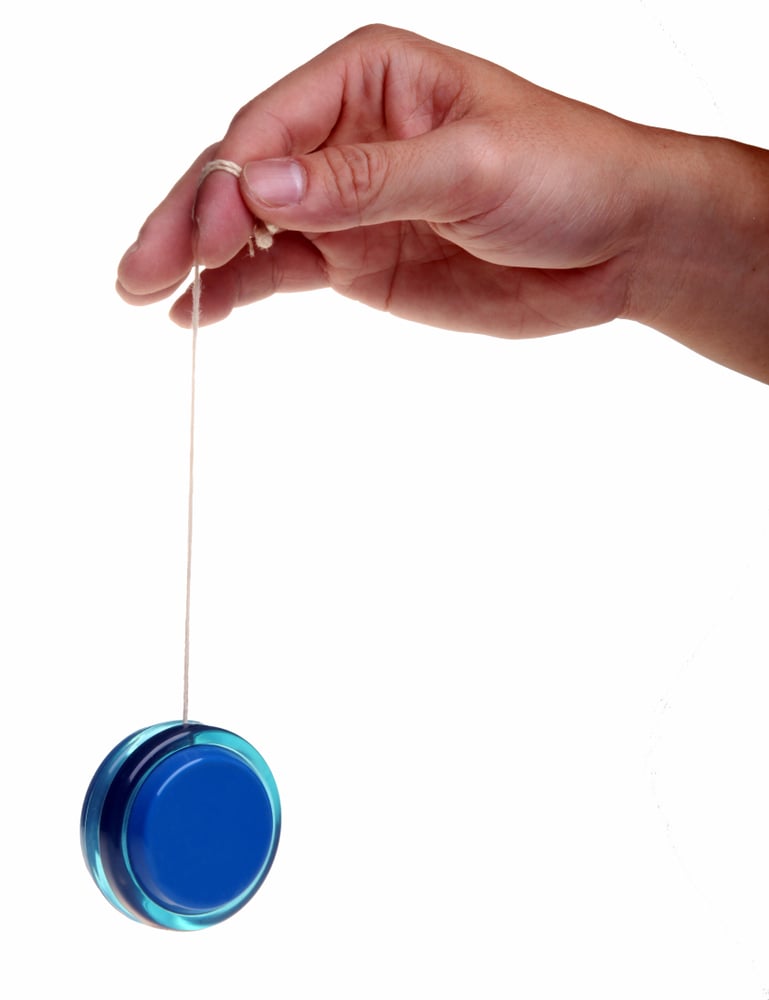 Yo-yos are considered one of the oldest types of toys in the world, second perhaps only to dolls, and while modern yo-yos are made from different materials and function slightly differently, the basic elements of a yo-yo haven’t changed for centuries. In the past, the string was tied to the yo-yo body, so the toy would simply move up and down the string. Newer yo-yos loop the string around the core of the yo-yo, which allows the yo-yo to spin freely at the bottom of its initial descent, a common starting point of advanced yo-yo tricks know as “sleeping”.

Before we get into the physics of using a yo-yo in space, let’s review the basic physics when this toy is used on Earth. Regardless of the type of yo-yo, the user will wind the string around the axle, loop a finger through the string’s end, and begin with the toy in their palm. While the yo-yo is sitting in the person’s hand, it has a certain amount of potential energy, concentrated at the yo-yo’s center of mass. This potential energy is due to the yo-yo’s height off the ground and the fact that it has string around its axle. These two forms of potential energy are because the yo-yo could fall or spin. 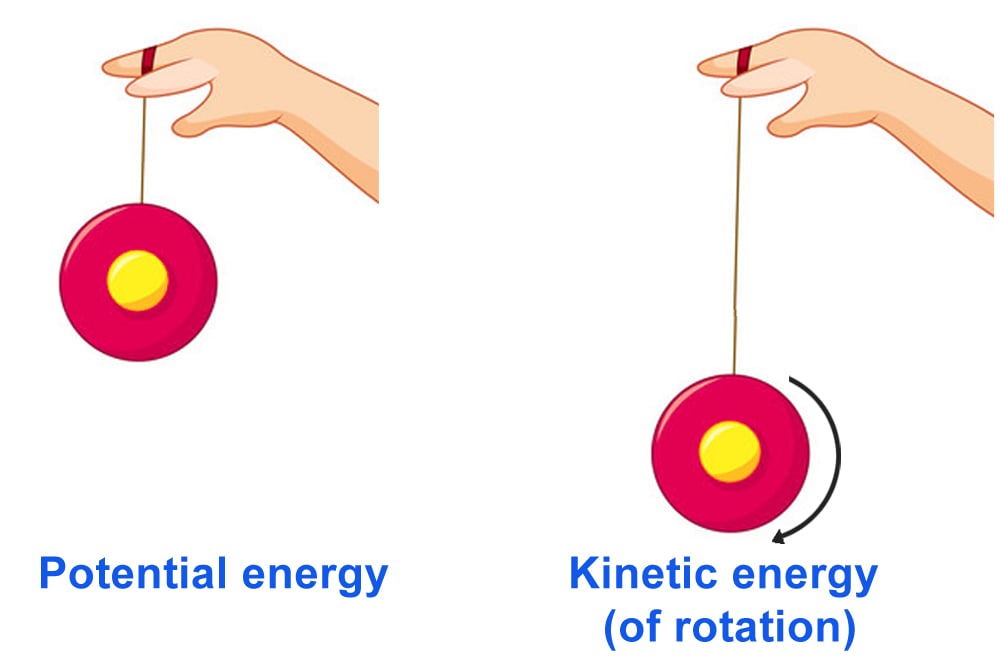 In modern yo-yos, with a loop around the axle, rather than a knot, the yo-yo can continue to spin rapidly at the bottom of the string, thanks to its significant angular momentum, even for extended periods of time. This act of “sleeping” the yo-yo is used by skilled yo-yoists for simple and complex tricks. Again, with a simple tug, the string can catch around the axle and the yo-you will climb back towards the user’s hand, using up the stored energy that remains. As a result of frictional forces on the yo-yo on the way back up, as well as its exertion against the pull of gravity, the yo-yo won’t return all the way to the person’s hand, unless a slight jerk is given to the string. This “work” done by the hand gives the yo-yo a bit of extra kinetic energy so it can fully return to the user’s palm.

With that refresher on how yo-yos work, let’s return to the original question—is it possible to yo-yo in space?

When an astronaut is orbiting the planet on the International Space Station, for example, they will experience a sensation of weightlessness. This weightlessness is because the astronauts and the space station are in perpetual free fall. Gravity is constantly pulling the space station back down towards Earth, but the ISS is also moving at more than 17,000 miles per hour. So, they are continually falling around the planet, without ever being pulled down to the actual surface. 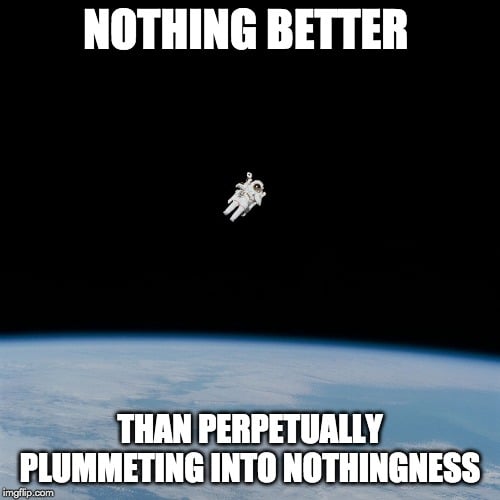 Since gravity is the only force acting on them, astronauts can’t experience the normal force of the ground pushing back up against their feet, which creates the sensation of weight. Perhaps the term “weightless” makes a bit more sense!

In terms of the yo-yo, even though gravity is present in space, it is no longer able to help you move the yo-yo (i.e., when you release it from your hand on Earth, it usually unwinds towards the ground). To extend the yo-yo, you will need to throw it away from you and then pull the string taut to keep it spinning properly. Gravity won’t be holding the string taut, as it would on Earth, which could cause the string to get tangled or the yo-yo to stop rotating. The angular momentum of the yo-yo exists in space, however, which is why the yo-yo will spin. When you want to return the yo-yo to your hand in space, you must align the string to the direction the yo-yo is moving, and then tug straight back on the taut string. It might not be as casual a hobby as yo-yoing as you walk through the park, but it is certainly possible!

As the video below shows, yo-yo in space is a much more three-dimensional activity, and slightly less predictable, but it is definitely possible, provided you have some time to spare, a free-spinning yo-yo… and access to a space shuttle.