To suspend or animate dinosaur skeletons from millions of years ago, museums create elaborate metal skeletal mounts, using either casts of bones or the original fossils. These mounts are painstakingly crafted to hold the skeletons in the desired position and protect them from potential damage, shifting or collapse.

If you have ever spent any time in a Natural History museum, then you’ve likely strolled past a looming dinosaur skeleton, frozen in time. Perhaps its fossilized jaw was open in a silent roar. Dinosaurs remains some of the most fascinating creatures to have ever lived on our planet, and people around the globe are perennially drawn to museums where they can learn about these ancient titans of Earth. It isn’t unusual for a natural history museum to have multiple dinosaur skeletons dominating an exhibit hall, posed perfectly for the greatest dramatic effect!

If these fossils are so precious, how do museum curators manage to stand them up and suspend them safely, after they’d been buried underground for millions of years?

Are the Skeletons in Museums Real?

Many people interchangeably use the words bones and fossils, but this is a simplification of the situation. Most fossils are actually made of rock, not the original bone; over the course of millions of years, when subjected to intense pressure, inorganic elements and other sediments will leech into the bones, replacing the organic material, leaving a “fossil” behind. When paleontologists come across one of these fossils, they rarely find a complete skeleton, and it is almost never in perfect condition. Pieces will be missing, broken or chipped, in addition to being extremely heavy. In the case of massive dinosaurs, such as titanosaurs, which may have stretched to 120 feet in length, their fossils (made of solid stone) can weigh tons!

Some dinosaur fossils are up to 250 million years old, yet they remained remarkably well-preserved underground, waiting for paleontologists to stumble across them. Given how important these fossils are to our understanding of these larger-than-life species, some institutions consider it irresponsible to display them in a museum like a Lego sculpture! For that reason, almost all the dinosaur skeletons you see in museums are at least partially casts of the original fossils. 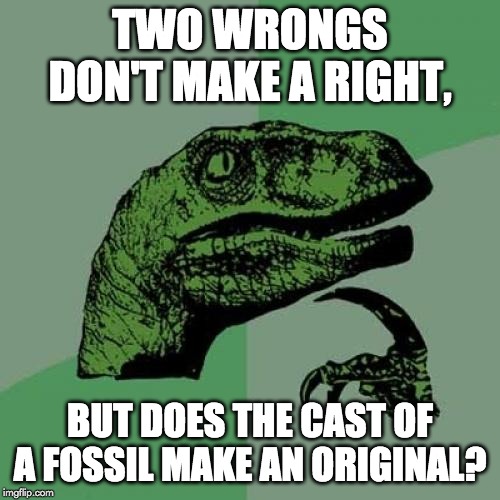 In the past, when dinosaur fossils were first being discovered and put on display, holes were drilled into the original fossils for easier mounting and reconstruction. The irreparable damage this caused was not considered at the time, but advancements in our knowledge and sense of responsibility have led to different techniques. Some skeletons do incorporate original fossils, but due to the lack of complete skeletons, the gaps need to be filled in with casts, the details of which are often derived from other skeletons or closely related species. In many cases, the original fossils are also needed elsewhere, such as for research in a laboratory. Casts can also be shipped around the world so other museums can enjoy the wonder of these prehistoric creatures, whereas sending the original fossils would increase their risk of damage.

To protect the original fossils, fill in gaps, and make it easier to create museum exhibitions, lightweight casts are made, typically constructed from fiberglass. These are meticulously created, mimicking even the tiniest details of the original fossil. These casts can then be combined with original fossils, which may have some of their damage fixed with plaster, as well as sculptural elements (models of fossils that were too fragile or rare to make casts from). There are no complete dinosaur skeletons of original fossils on display in any museum of the world. Even at Chicago’s Field Museum—the home of Sue, the most complete T-Rex ever discovered—only 250 of “her” estimated 380 fossilized bones were found; the remainder are casts and models that fill in the gaps! 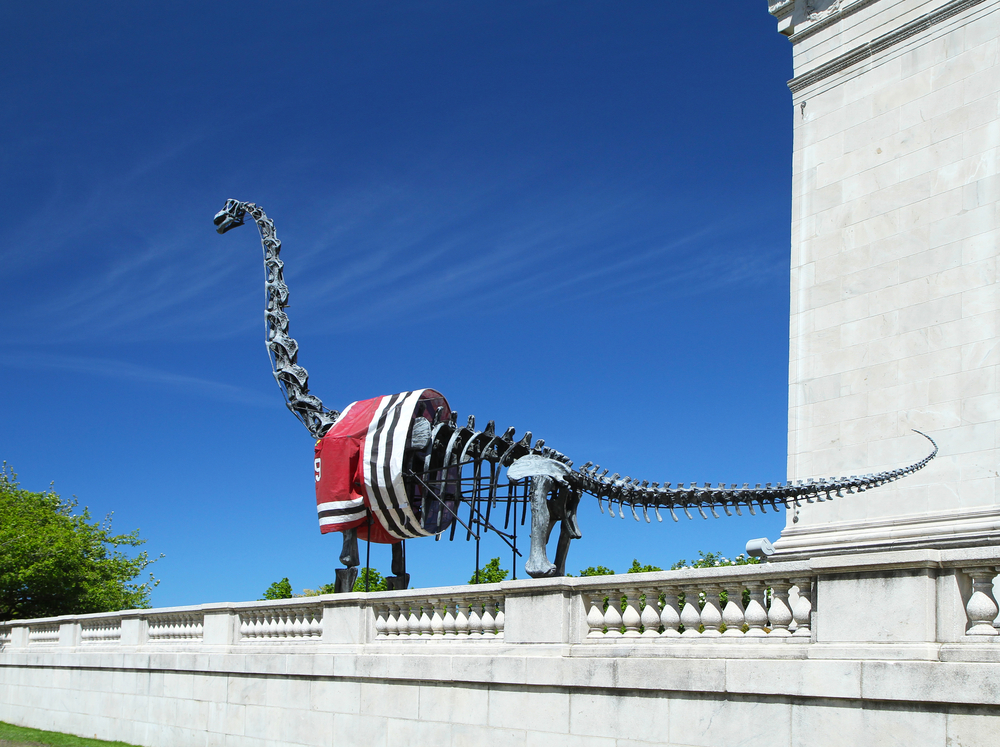 Now that you understand the mixed-bag style of fossil exhibits in museums, we can dig into how those skeletons manage to stay standing! As mentioned, a century ago, original fossils were simply drilled into, connected with screws and put together like a puzzle.

Things have certainly changed in the past hundred years, but if you go to some of the older museums around the world, you can still see these old methods of displaying dinosaur bones, many of which are the original fossils, instead of casts. However, regardless of the “authenticity” of the bones, the process of mounting them is quite similar. Once the skeleton is arranged, the museum curator will work with specialized metalworking artisans called mount makers to develop the final exhibit.

After deciding what position the dinosaur skeleton will be in, curators and mount makers can collaborate on a scaled-down model of the design. When this model is blown up to full size, the mount makers will construct an iron framework, called an armature, that can support the weight of the cast, and hold all the bones in place, accurately depicting the skeletal structure of the dinosaur. Basically, an iron skeleton needs to be created to hold up the fossilized skeleton, and keep it from moving around. These metal armatures must be sturdy and durable, particularly if they are holding up original or irreplaceable fossils. For example, if an earthquake hits, the skeletal mounts must stay intact and maintain the integrity of these precious fossilized finds. 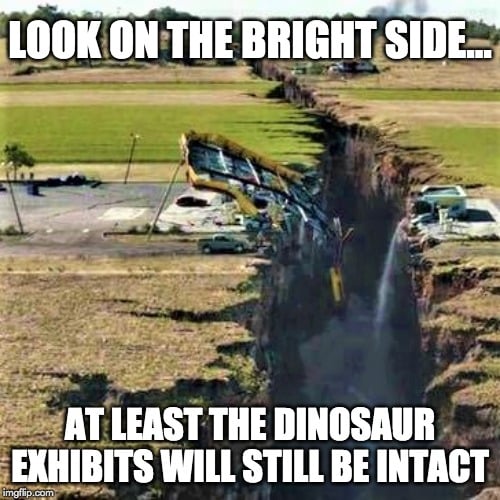 After the fossils and casts are assembled on the steel framework, the entire construction is usually painted, which can help to make the armature less visible or obvious, completing the breathtaking illusion of a towering dinosaur skeleton in the middle of an exhibition hall!

If your childhood dream of being a paleontologist didn’t quite work out, you can still get that rush of excitement by visiting an old natural history museum, such as the one in Washington, Paris, New York or London. While many of the bones on display will only be casts, there will almost certainly be some original fossils attached to delicate armatures, allowing you to stand in the presence of prehistory’s greatest beasts!