The word pterodactyl is actually a catch-all term that is incorrectly used by most people to describe any prehistoric flying reptile; perhaps more importantly, pterodactyls are commonly called dinosaurs, which is undeniably false!

If you were anything like me, much of your childhood was spent being fascinated by anything and everything related to dinosaurs. From movies and books to junior fossil-cleaning kits, there is something about digging ancient bones out of the dirt that appeals to the human senses of wonder and awe. One of the most interesting prehistoric creatures did not prowl on the ground among the Tyrannosaurus Rex and Brontosaurus, but instead soared overhead, with wings spanning dozens of feet, in some cases.

Your brain might already be formulating the word… pterodactyl, but the word you should be using for these wide-winged beasts is pterosaur. Also, despite their nearly constant association with dinosaurs, including in movies like Jurassic Park, these prehistoric creatures were not dinosaurs. That sort of misclassification is akin to calling a human being a spider monkey. To make sure you don’t look too foolish in front of your paleontologist friends in the future, let’s dig into the fascinating story of pterosaurs. 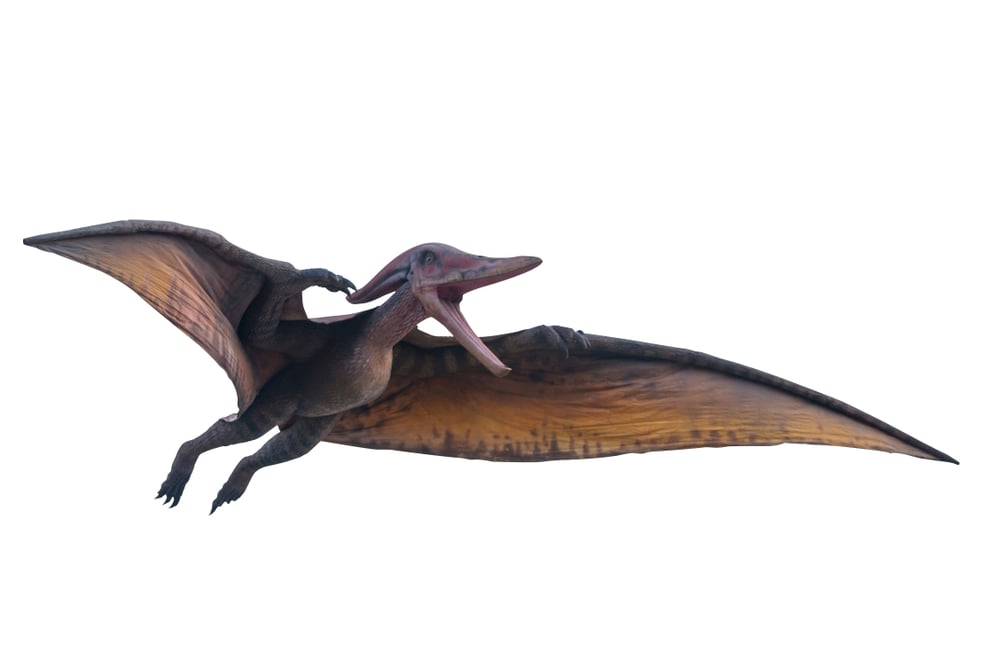 To begin with, the word pterosaur describes an entire taxonomic order, one that includes dozens of different genera and hundreds of different species spanning millions of years–some massive and others quite small. Pterosaurs existed from the late Triassic period to the end of the Cretaceous period (~230 million—65 million years ago). However, throughout that roughly 150 million years, the order expanded in every possible direction, with small insectivores no bigger than a sparrow to the largest flying vertebrates in our planet’s history, with wingspans that potentially topped 40 feet!

Within the larger grouping of pterosaurs are many different genera, including two that are most commonly confused—Pteranodon and Pterodactylus. Pteranodons tended to be the large, leathery-winged beasts that Hollywood movies like to depict so often, whereas the genus Pterodactylus was characterized by much smaller species, far closer to the size of hawks or eagles. 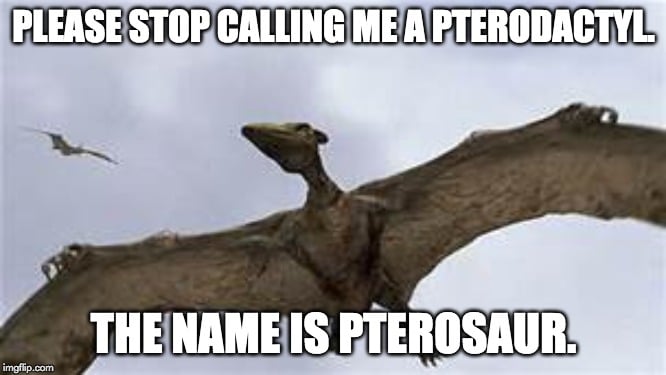 Despite their extended presence on the planet, and their overlap with dinosaurs for millions of years, pterosaurs are not the same as dinosaurs. Pterosaurs and dinosaurs share a common ancestor, but the two should not be conflated, as their evolutionary history is clear. Another common mistake people make when discussing pterosaurs is referencing them as the ancestors of birds.

Also Read: What Is A Dilophosaurus?

However, as our increasingly complete fossil record has shown, certain genera of dinosaurs went through a rapid decrease in size as the end of the Mesozoic era approached. These species, including the famous Archaeopteryx, gave rise to the avian species we know today. Pterosaurs, on the other hand, were increasing in size at the end of the Mesozoic era, resulting in the largest specimens of pterosaurs ever discovered—Quetzalcoatlus northropi and Hatzegopteryx. Furthermore, these massive creatures did not have feathers, as many of the smaller dinosaurs did by the end of the Cretaceous period.

While it is believed that pterosaurs were driven into extinction following the Chicxulub asteroid impact (along with almost all large dinosaurs), some of those smaller dinosaur species were able to survive, and eventually evolved into the birds we recognize today.

To begin with, pterosaurs were the very first and largest vertebrates to every master controlled flight, even though they are not the ancestors of modern birds! Dominating the skies about Europe and Northern African for millions of years, there remains a great deal of mystery surrounding these creatures. As is the case in most bird species today, pterosaurs likely lived in forested areas, which are not ideal environments for fossilization, so our knowledge of pterosaurs throughout the Mesozoic Era remains woefully incomplete. However, we have found enough remains to form a puzzling picture.

Pterosaurs—with very few exceptions—were completely reptilian in appearance, but their body structures were incredibly unique. The first recorded discovery of a Pterodactylus specimen was at the end of the 18th century, and they have fascinated the scientific community ever since. Pterosaurs came into even greater focus a century later, when Pteranodon fossils were discovered—much larger and more dramatic than their smaller cousins. However, the term pterodactyl stuck. Perhaps most notably is their unique wing structure, in which a large portion of the wing was supported by a traditional “arm”, while the final portion was supported by a single extended finger. This is where the term “Pterodactylus” originated, which roughly translates to “winged finger”. 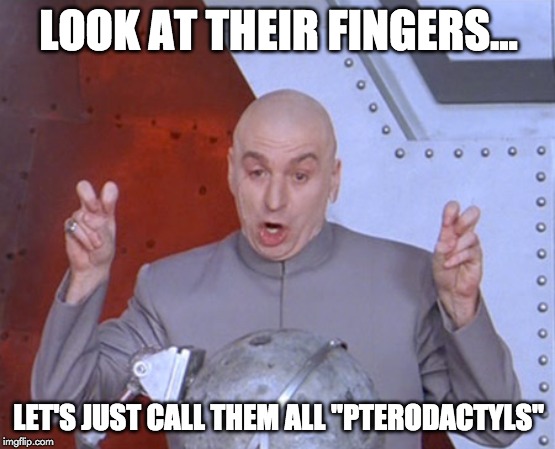 In addition to its unusual wing design, pterosaurs also had uniquely shaped heads and an unusual mode of locomotion (when they weren’t in the air). In most images that you see depicting pterosaurs, their heads are elongated and narrow, with a long point in the back. While not all pterosaurs had this particular feature, most Pteranodons did, which is the genera most commonly imagined when the word “pterodactyl” is mentioned. Researchers are still debating whether this elaborate head structure was an adaptation to improve its flight capability and steering, or if it was merely a sexual characteristic that made it a more appealing mate.

In terms of walking, it is believed that pterosaurs walked on all fours, rather than the bipedal route that we associate with birds when not in flight. Based on body structure and fossilized “footprints”, most experts argue that pterosaurs would have used their back legs and their front arms (at the joint in their wings where the “finger” separated) to move through their environment, grazing on small vertebrates and plants.

There is still a lot of uncertainty regarding the behavior and evolutionary trajectory of pterosaurs, but more discoveries are being made all the time. There is one thing that no one is debating any longer—pterosaurs should not be confused with dinosaurs, they aren’t the direct ancestors of birds, and the term “pterodactyls” should not be used as a general catch-all word for hundreds of different species that existed over the course of 150 million years! 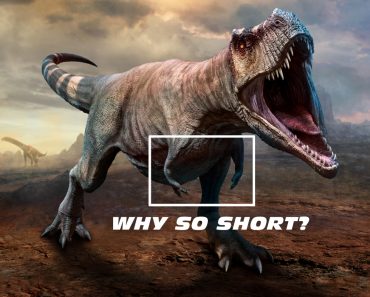