There are a few reasons behind that. First of all, dinosaurs roamed the planet for millions of years, as opposed to human beings, who began to evolve only around 200,000 years ago. Plus, dinosaurs were not just one species, but instead had hundreds of different types.

In contrast, homo sapiens are only one species. Furthermore, some species of dinosaurs were exceptionally huge, making their bones easy to fossilize. Humans, on the other hand, have relatively small skeletons, which are not particularly favorable to fossilization.

When did dinosaurs live?

Dinosaurs existed on the planet a long time ago, and have been extinct for nearly 66 million years. Humans, on the other hand, have been around for hundreds of thousands of years and are still doing relatively well on Earth. Even so, we still come across more remains of dinosaurs than our own ancient ancestors. Why is that so? 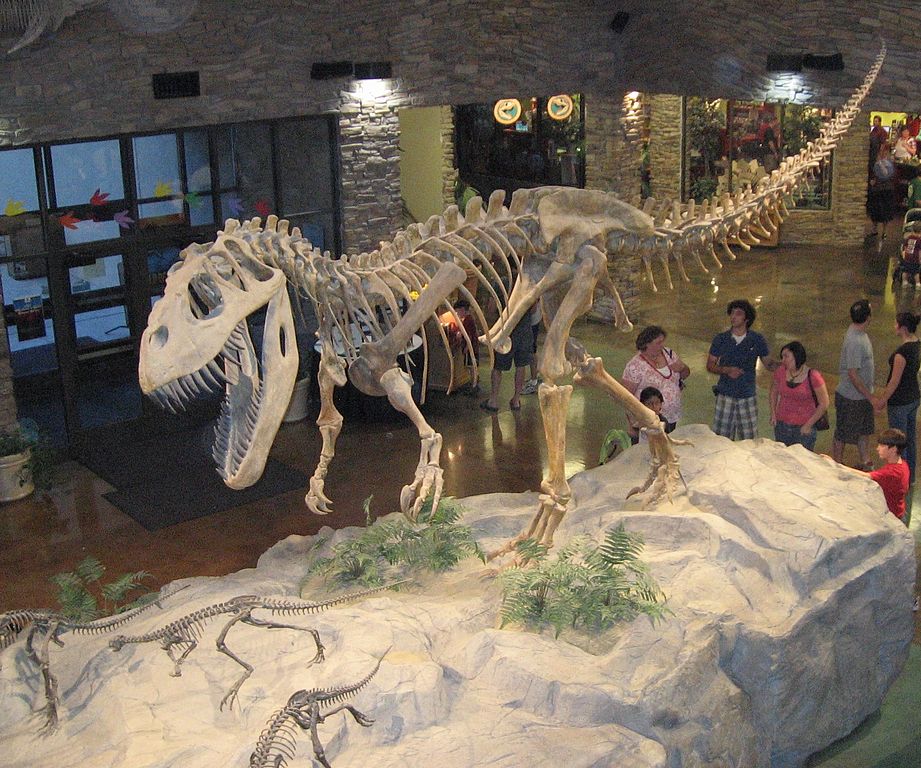 Why do we find more dinosaur bones than the ones left behind by our own ancestors? (Photo Credit : leon7 / Wikipedia Commons)

There were hundreds of species of dinosaurs

Dinosaurs are a very popular class of animals that existed on the planet millions of years ago. Their sheer size and ferocious nature have been a subject of quite a bit of media attention (despite the fact that no dinosaurs could be truly tiny and not all dinosaurs were as dangerous as is portrayed in popular culture). There’s a reason why the movie Jurassic World sits at #4 on the list of highest-grossing movies of all time. 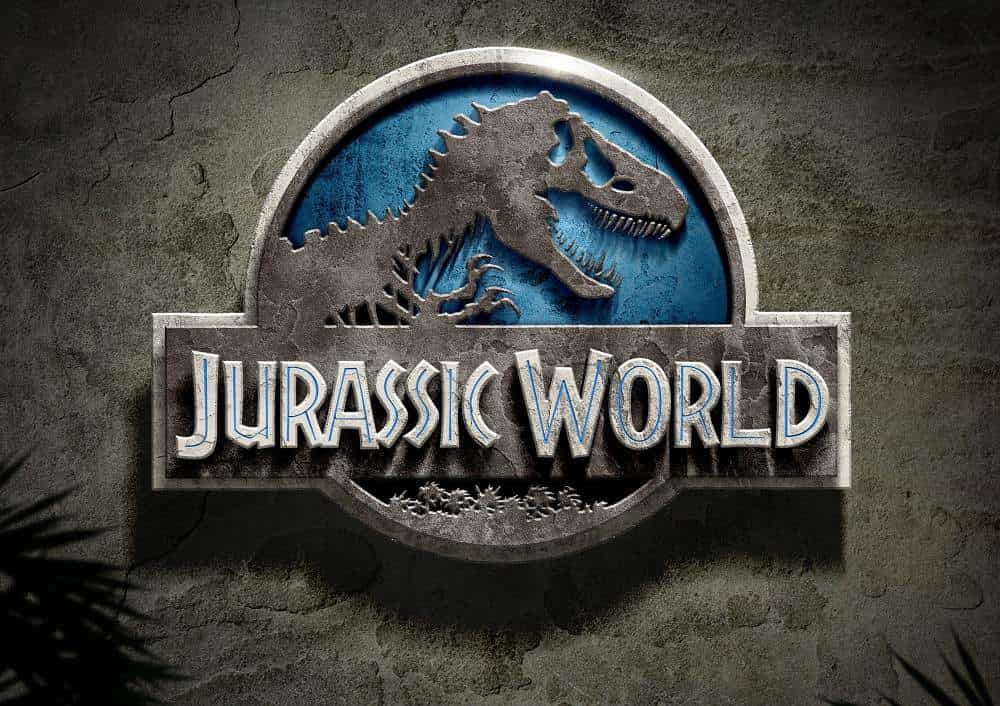 However, what many people do not realize is that dinosaurs are a ‘diverse group’ of reptiles of a group of organisms called Dinosauria that first appeared somewhere between 231 and 243 million years ago. (Source) 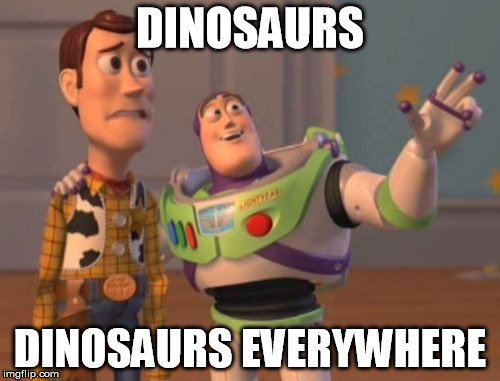 On the other hand, homo sapiens, the kind of creatures we are, are the only surviving species of the genus Homo, which includes a few extinct species of humans, including Neanderthals and great apes.

What this means is that while there were easily more than a thousand species of dinosaurs throughout history, the number of species of humans is negligibly small in comparison. With such a huge bias (in favor of dinosaurs), we are bound to find significantly more dinosaur remains than human remains.

How long did dinosaurs live?

As mentioned in the previous section, dinosaurs first appeared on the planet around 230 million years ago. Plus, they roamed the planet for roughly 180 million years, which is a very, very long time! 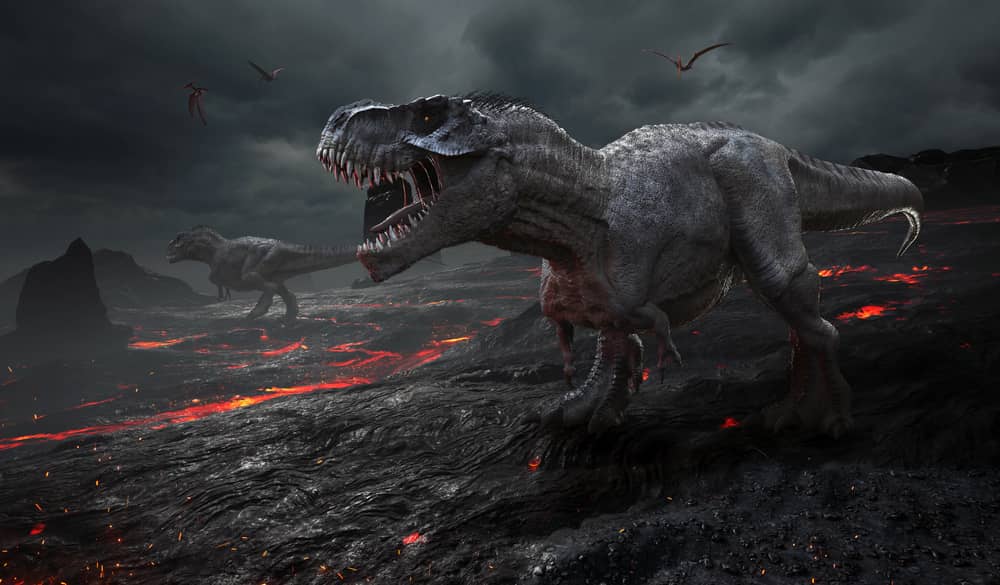 Homo species, in contrast, are relative newcomers on Earth. Primitive species of humans began to evolve only about 200,000 years ago (Source). A quick calculation shows that dinosaurs lived 900 times longer than humans have been on Earth. With that in mind, it should come as no surprise that dinosaur fossils are more common than humans’.

This is something that you might know very well, more so if you have seen the Jurassic Park movies. Many species of dinosaurs were exceptionally huge, so their bones were more likely to stay in the same place when they died, as such huge bones were far less likely to be blown away by wind or carried away by water. 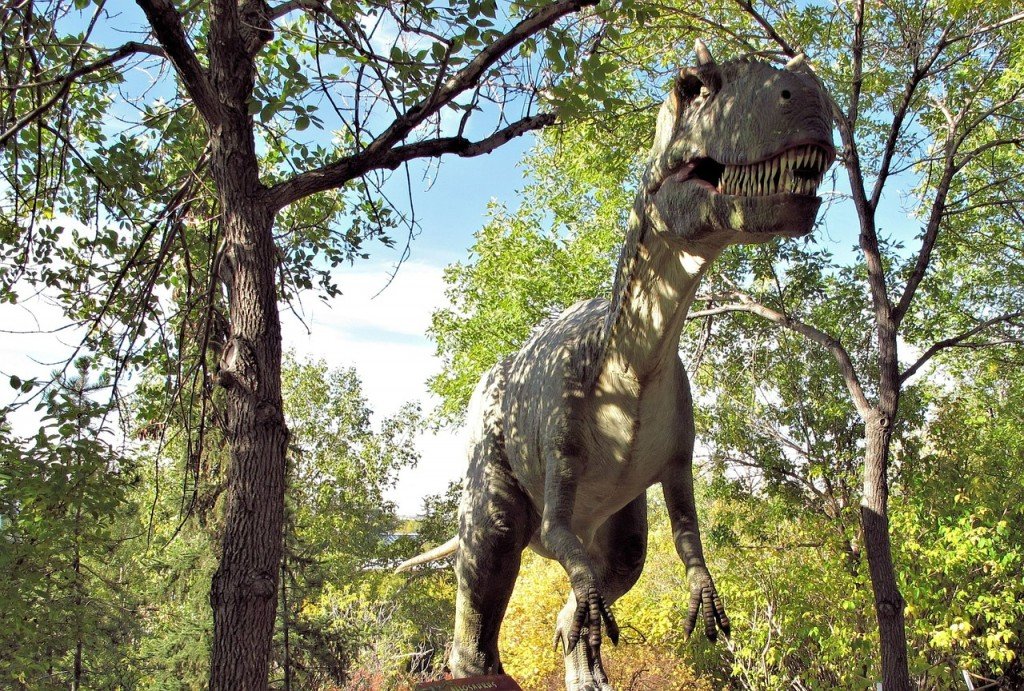 Some species of dinosaurs were incredibly huge. (Photo Credit : Pixabay)

Humans have a small skeleton consisting of a cluster of very small bones, which are quite puny when compared to dinosaurs. Consequently, they are much easier to be carried away and decomposed by other organisms. Moreover, unlike dinosaurs, whose bodies usually stayed wherever they died, humans tend to burn their corpses (no fossils at all in that case) or bury them in organically rich and wet top soil, which is not suitable for wide-scale fossilization.

Until recently, there were far too few humans on the planet

Today, the planet hosts around 7.5 billion human beings, but 10,000 years ago, things were completely different. In the first 20,000 to 30,000 years of human existence, there were very few humans and they lived in select locations all over the world. On the off-chance that one of these “rare” humans happened to be buried or perish in a place that was conducive to fossilization, the likelihood of humans ever finding that specimen is very small! 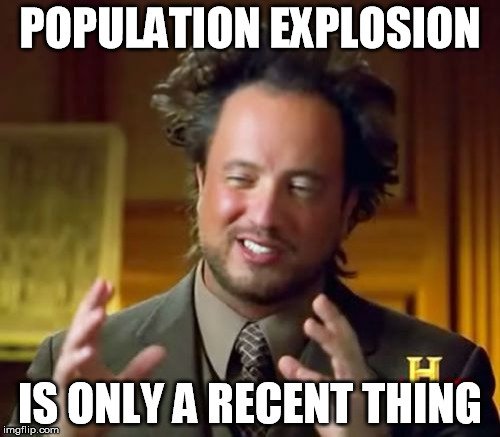