– “I’m sorry. I must have dialed the wrong number. Goodbye.”

When you call someone on the phone, how do you expect them to answer? With a ‘hello’, right? Can you picture yourself calling someone and being greeted by ‘Ahoy’? Wouldn’t the (very short-lived) conversation play out somewhat like the dialogue above if it began with such a seemingly bizarre salutation? ‘Hello’, on the other hand, is so ubiquitous that you’d never stop to wonder why it is so standardized, despite the hullabaloo of other words we experience every day.

We can thank Mr. Edison for pushing the, non-nautical word “hello” into the world of telephone conversations.

A gusty call of ‘ahoy’ brings to mind a grubby-looking sailor calling for the attention of one of his mates. This nautical interjection originated from the Dutch word ‘hoy’ or ‘hoi’. It was introduced in the 18th century and served to hail another ship or attract its attention. The term began with the phrase, ‘Ho, the ship ahoy!’. It was considered among the list of phrases that could kick off a telephone conversation, but generally stayed within the nautical realm. 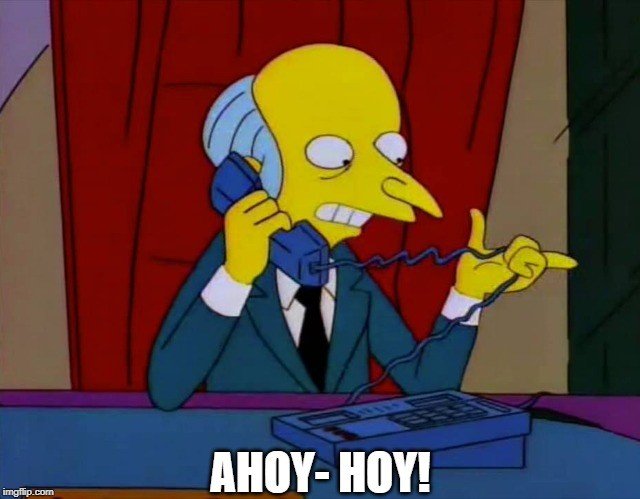 ‘Hello’: The Humble Beginnings Of A Conversation Starter

At a mere 5 letters, “hello” is a short word, but it’s definitely not small.

As a ubiquitous part of daily conversation, ‘hello’ needs no introduction. You pick up any phone, and the knee-jerk reaction is to say ‘hello’. This opens the door for all further chatting. A cheery ‘hello’ acts as the perfect prelude to a stimulating discussion.

It turns out, hello can be traced back to the 19th century. It stemmed from variations like ‘hallo’, ‘hullo’, ‘hollo’ and ‘holla’, salutations that had been in use to hail someone since the Middle Ages. ‘Halloo’ was traditionally used to get hounds to chase someone. The British variant ‘hullo’ was used as an expression of surprise. Despite its use in the 1830s, hello originally functioned as an expression of surprise and a call to attention.

How does a plain-old hailing greeting turn into a conversational Messiah around the world?

The year was 1876. Alexander Graham Bell had just introduced the telephone, a device that would go on to revolutionize the world of communication. ‘Ahoy’ was slated to become the salutation that greeted every caller when the telephone was picked up. However, in an Edisonian turn of events, ‘hello’ trounced its competitors as the chosen greeting.

When Thomas Alva Edison created the phonograph, a device that recorded sound, he called out a loud ‘halloo’ into the mouthpiece. His experiment recorded the induction of ‘hello’ into the realm of telephonics, quite literally, back and forth. 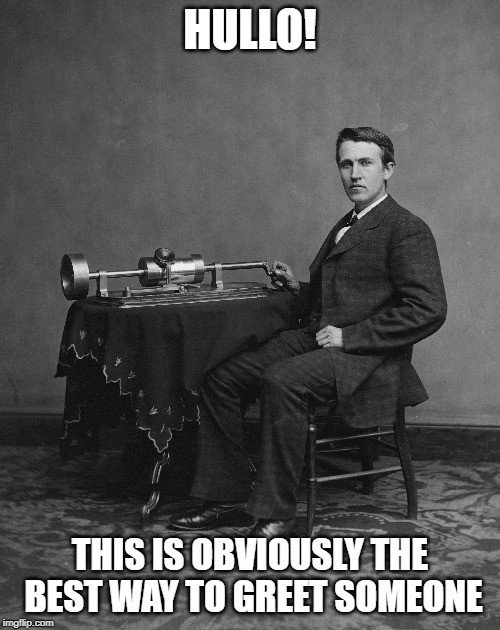 On August 15, 1877, Edison wrote a letter to a Mr. David, president of the ‘Central District and Printing Telegraph Company, Pittsburgh’. In this letter, retrieved later from the American Telephone and Telegraph Company archives, he explained the perks of using ‘hello’ when speaking on the telephone. This was a time when the addressee was planning on introducing the device to the city. Edison envisaged a permanently open line of communication between businesses, allowing people to speak to each other at the simple click of a finger, but how would you catch a particular person’s attention?

The time between the strip phonograph experiment and the above letter had clearly led to a modified version of his earlier ‘halloo’.

In 1878, the first set of telephone exchanges began to be equipped with operating manuals. Telephone books came with detailed ‘How to’ guides. They set down prescribed caller guidelines, including the most appropriate salutations and closures. Incidentally, ‘that is all’ was considered to be the best way to say goodbye.

The first public telephone exchange, the ‘District Telephone Company of New Haven’, opened in Connecticut in January 1878. It published the first ever phone book, with a list of 50 subscribers. This low number was because very few users opted for private line communication; most preferred to be connected through an operator. 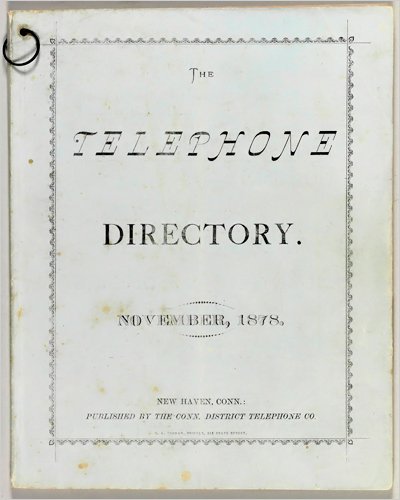 This manual vouched for ‘hulloa’ as the conversation starter, as opposed to contenders like ‘What is wanted?’, ‘Are you there?’, and ‘Are you ready to talk?’.

These glorious references jump-started an illustrious career that would solidify the place of ‘hello’ in a dynamic world with fluctuating trends.

The Course Of A New And Improved ‘Hello’:

Our favorite salutation climbed its way up the conversational ladder rapidly after 1878.

Mark Twain’s 1880 comic strip, ‘A Telephonic Conversation’, resulted in the first recorded use of ‘hello’ in literature as a telephone greeting. An 1880 convention of telephone companies held in New York saw widespread positive reception for the organizational president’s speech, consisting of a single message: “Hello”. Later, ‘Hello’ was requested to be recorded to signal that telephone communication had been established.

Female telephone operators, preferred over their male counterparts because they lent a pleasant air to drab phone calls, were called ‘hello girls’. An 1889 comic strip by Mark Twain, ‘A Connecticut Yankee in King Arthur’s Court’, referred to these operators. Bilingual ‘hello girls’ (French and English) went on to work as switchboard operators in WW1 to improve the state of war front communication.

Also Read: What Is The Origin Of The Word “OK”? 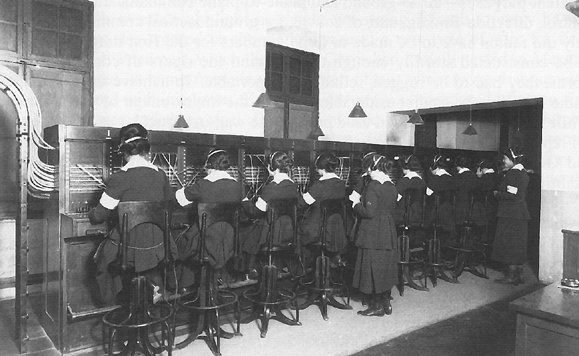 Hello, Is It Me You’re Looking For?

More than a century after ‘hello’ first gained prominence, it continues to be used tens of millions of times every day. The simplest questioning ‘hello’ wields enough power to lead complete strangers into a dialogue. ‘Good-bye’, leading to a single, dismissive end, cannot compete against the many potential spins that ‘hello’ can take. Informal and short, the latter packs quite a punch for facilitating easier communication between billions of people!