Technology has significantly affected the way we communicate. Language, in particular, has seen a significant change since the advent of the internet. Text messaging and the use of translation applications has diluted and altered various languages to a certain extent.

The internet became widely popular among the general public with the introduction of Windows 95. Before 1995, the internet was primarily used for research purposes. It has been more than 2 decades since then, and the essential nature of the internet has yet to stop increasing. A day without being hooked up to a network seems almost impossible. On the other hand, older generations like our grandparents seem relatively unaffected, almost as if it doesn’t exist. My grandmother considers the phone more of a disturbance than a mode of communication. A long stream of text messages leaves her baffled and annoyed. I don’t blame her… imagine her perspective, where for most of her life, the fastest way of communicating was writing a letter and sending it via post!

Clearly, a lot has changed in recent years, for better or for worse, depending on how you look at it. However, it’s safe to say that with the advent of the internet, our language has certainly been affected. English—or any other language, for that matter—has seen far more changes in the past 2 decades than it did in the last century. The Oxford English dictionary adds new words every year. Gone are the days when we could use logic to determine how a word originated. The root of a word could be understood by comparing it to other similar words. For example, the root of the word “dictation” comes from dict, which means “to say”. Similarly, the words dictator and dictionary also come from the same root. But what is the origin of the word “Tweet”? It’s going to be difficult to find any ancient root for that. This is what has changed in language today.

Why does language change?

Language change is a natural process, as it changes with the changing needs of the people who speak it. First and foremost, language change is not necessarily a bad thing; if language never changed, we wouldn’t have words to indicate modern inventions like a modem, radio or television. Language will undergo processes of change as long as there is a need for them.

The rise of technology, along with the introduction of new products, has led to the introduction of new words from all over the world. As we interact with different people, we also learn new words. Language change is prominent among younger generations, as they tend to interact more frequently with people from other regions of the world, which brings in a variety of new words.

For example, words like sushi are introduced into our vocabulary through our interactions with people. Such words would have been unheard of in an English-speaking region had it not been for language change and globalization. This increased exposure to other parts of the world is also largely due to our beloved internet connections!

We must also appreciate the fact that if language didn’t change and evolve, we might still be using Shakespearean English. “Yond would beest a sore task” (that would be a difficult task). I, for one, am quite thankful for this change! 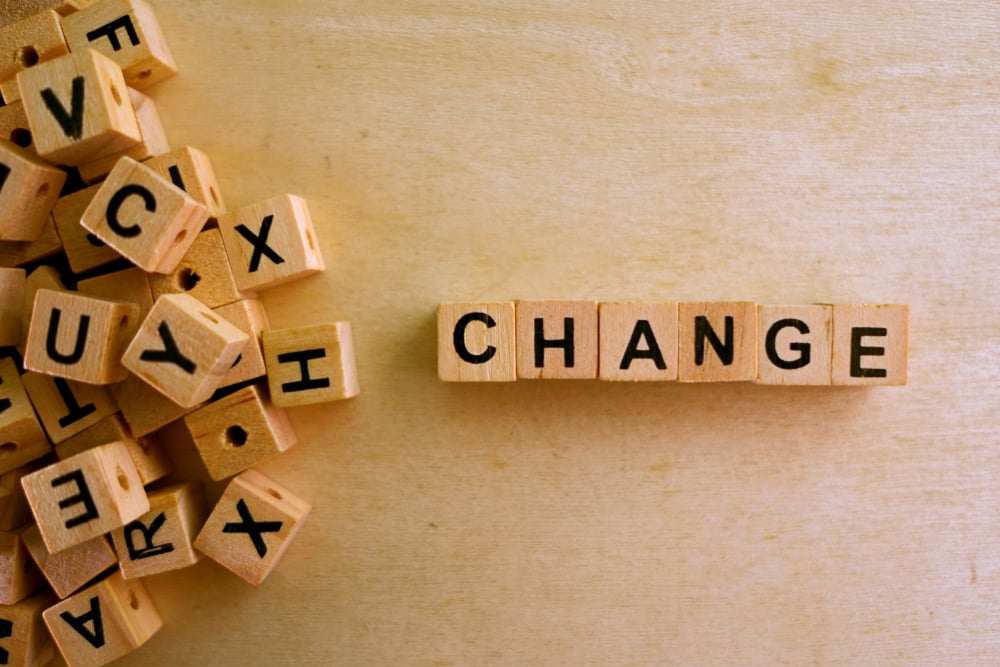 Sadly, not all change is good. With respect to language, the internet has led to some deterioration in our once “pure” language. The increase in text messaging and the use of short forms/abbreviations has led to a significant dilution of not only English, but also other languages of the world.

Has the internet changed language?

People seem to text so often that it’s easier to text than make a phone call. Texting is fast, convenient and saves a lot of time, which has affected the way we understand language and the basic grammatical rules behind it. Some of the most common forms of abbreviations found in a text message include txt (txt), msg (message), cos (because)… the list is never-ending and I’m sure you can think of dozens of short-form words you use in your communications every day!

One simple example is the use of the word because. It is primarily used as a conjugative word followed by of, which means the reasoning for. Over time, however, the use of the word has seen a drastic change. It is no longer used as a conjugation, but is instead used to form rationales. Why does this happen? Because internet. Such a tweak might not make a difference to those who already know the exact use of the word, but it might cause confusion in the mind of a person who uses English as their second language. They might never fully understand the grammatical rule behind the word, due to the misuse and casual application of the word in modern times.

The internet has allowed many new platforms to be available for the public at large. Forums like Facebook and Instagram have practically become a way of life. Captions have become an important part of these forums because they need to captivating and clever. Typing has itself become a way of expressing emotions. Forming a sentence in all caps gives the reader the feeling that the post might be IMPORTANT. At the same time, lengthening words is similar to expressing an emotion of what we feeeel.

Emojis are the new way to express emotions, as they effectively substitute the hand gestures that we make while talking in person. It can become a bit difficult to imagine what other people might be trying to express, since these emojis don’t have a standard meaning for their expressions. In one study where 1100 people were asked what the expression :p stood for, almost 66% said that it meant showing flirtatious or cute behavior, while 8% said that it conveyed a feeling of exasperation. Such a broad difference of opinion can cause misunderstandings among readers, as an emoji could be interpreted to mean two very different things. 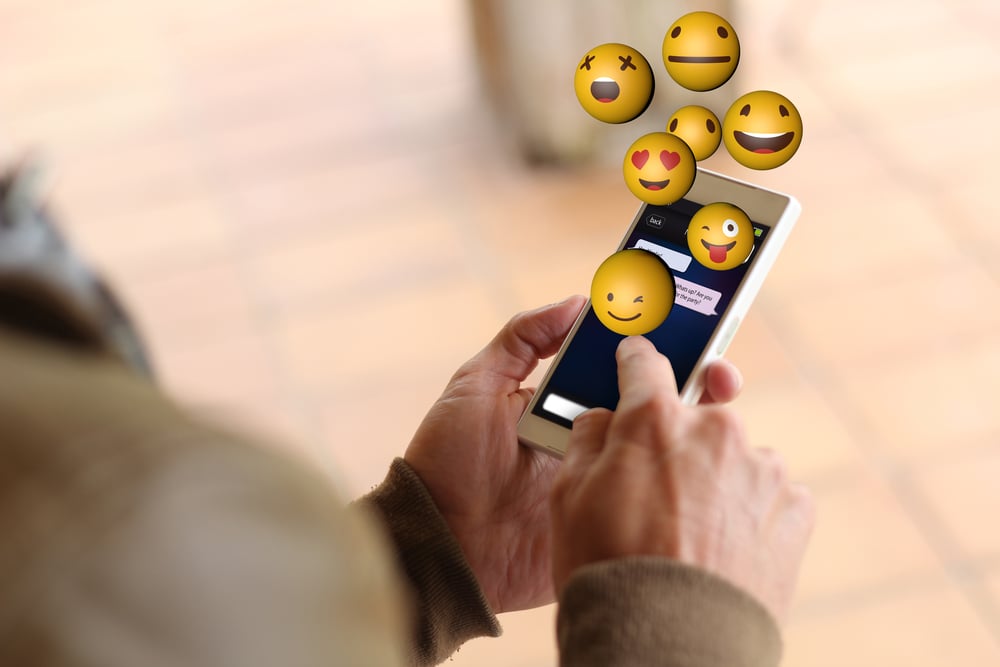 Are emojis really what they mean? (Photo Credit : Georgejmclittle/Shutterstock)

New lingo of the internet

Furthermore, common words like “cloud”, “block”, “handle” etc., have different meanings now than they did before the internet. The old definition of the word handle meant something designed to be held by the hand, but now it also means your screen name, like an Instagram handle. Similarly, the word block means different things in traditional language versus internet language. Such newer definitions have changed the way that English is both spoken and written. The number of words being added to the Oxford English Dictionary has notably increased, with the latest update of October 2019 having 650 new words, including words like “xoxo” and “fake news”. There is also a huge list of words that fall under the category of internet slang. New words like FOMO, LOL, BRB or even TTYL don’t need any translation for young people today. Imagine a conversation using just these abbreviations… it would leave our grandparents in total bewilderment. 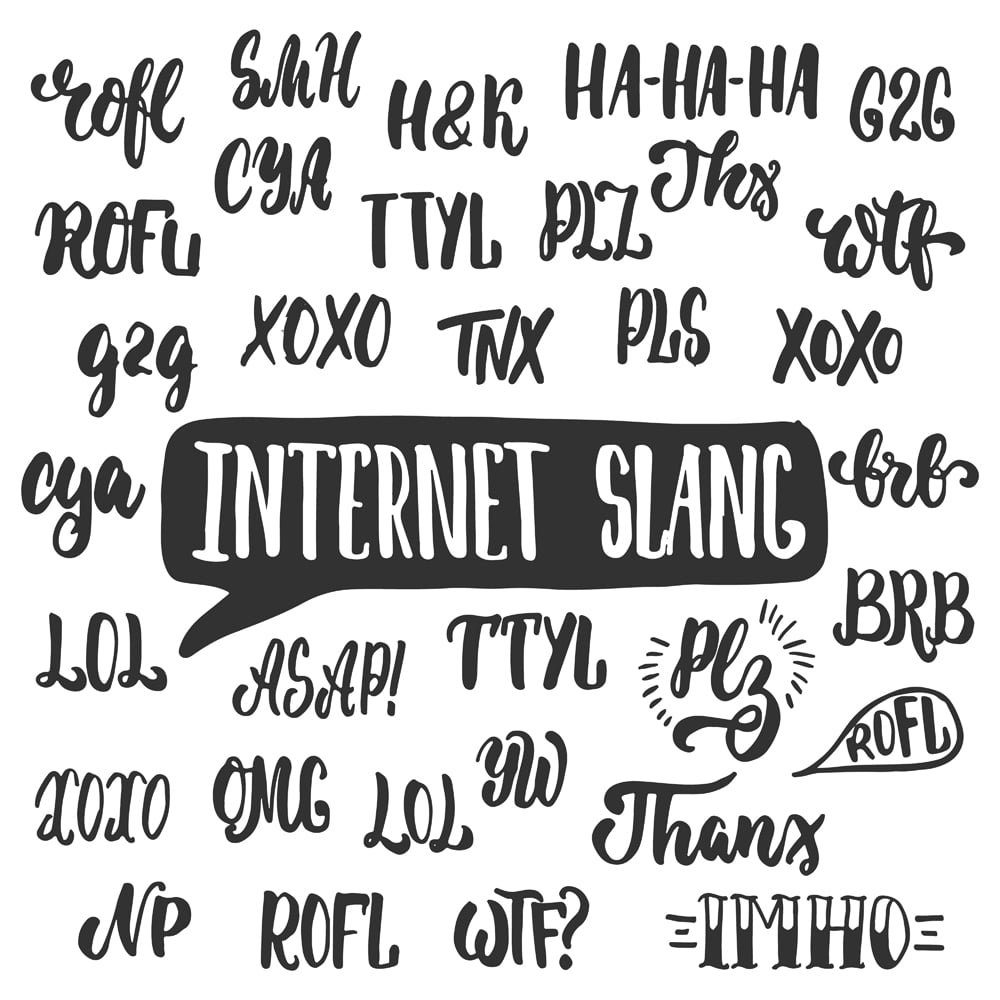 Technology has changed the language and the meaning of once-common words has experienced a noteworthy change. This is not only about new words, but also new verbs that have been added to the dictionary of the common man. Verbs like to google or to tweet are relatively new additions to our age-old English language.

English and many other languages around the world have seen some change due to the advent of the internet. Google Translate is commonly used for getting fast and simple translations of almost any language. It is a simple process, especially if there is no translator around, but Google Translate isn’t the best way to get error-free translations. It is fascinating to see how a machine can translate words into hundreds of languages, but the finesse and nuance with which translators are able to do the same thing will always be more impressive. 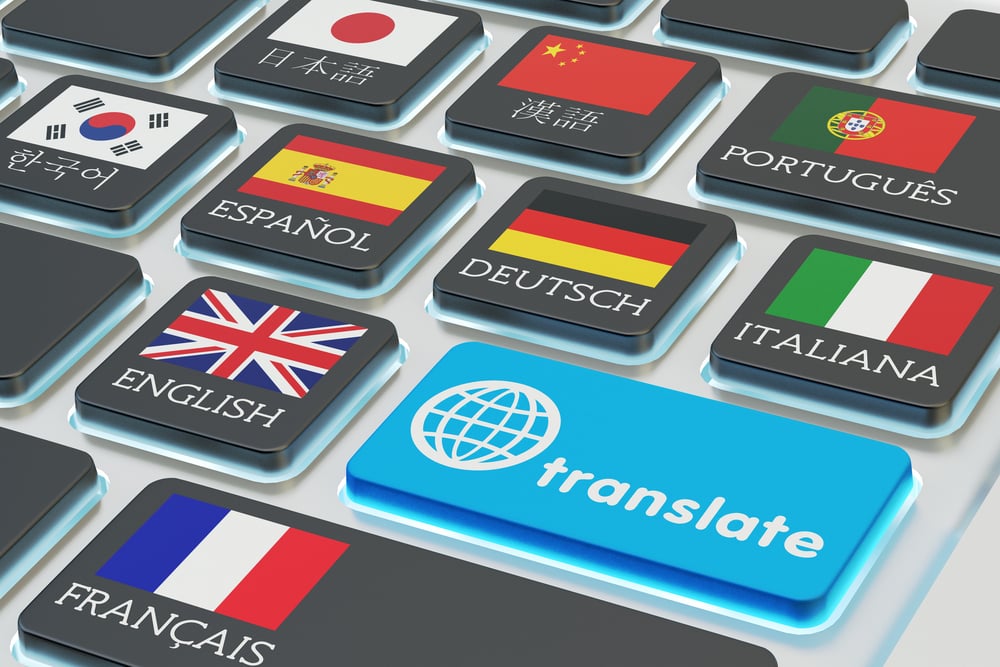 Google Translate almost always translates the word to its literal meaning. Let’s consider the Spanish word Bienvenido as an example. When you translate it using Google Translate, it will always show you its translation as welcome. However, the flaw here is that Google does not take into account the context behind the word. Anyone who has studied Spanish knows that the appropriate response to “thank you” in Spanish is de nada, which means “you’re welcome” or more accurately, “the favor was of nothing”. Bienvenido in Spanish, however, means the action of welcoming guests into your home and has nothing to do with the natural response to a “thank you”.

The word can mean very different things depending on the manner in which it was delivered. The above example shows how the internet might cause a change in the meaning of words not only in English, but also other languages around the world. Spanish is just one of the many languages that has seen some noticeable changes due to the internet. Languages like German, French and Chinese are included on that list too!

Language change is inevitable over time and has already begun. All we can do is adapt to this change with grace. Not all change is bad; without this evolution, we wouldn’t be able to adopt new words from other cultures. The internet comes with its pros and cons, but there is no denying that the internet has affected language to a certain extent. The internet might not be able to replace human intelligence when it comes to translations (yet), but it has certainly changed the way we practice and communicate with language. With that in mind, the next time you use Google Translate for formal interactions, be sure to get the translation checked by someone who isn’t a robot!