The main reason you can’t use FM radio without headphones is because the phone companies opt out of it. It would make the phone heavier and more unattractive if they included built-in antennae. Headphones act as the perfect antenna and are usually more than 90 cm in length – an ideal scenario for picking up FM signals.

If you’re anything like me, then you’re probably irritated every time your phone commands you to put in headphones as soon as you try to access FM radio. Why is it that we have phones that can help us communicate with the other side of the globe without any problems, but we can’t create a more efficient way of listening to the radio? After all, the radio has existed for about a century now! Even so, how is it that our 21st century phones can’t access this age-old technology without the assistance of a simple wire?

Before we try to answer this question, let’s look at how the radio works.

It goes something like this. First, you capture sound energy from a recording or a voice, and then convert it into electrical energy. This energy then flows into a tall antenna that boosts the strength of the electric energy. You can control this boosting process depending on how far you want the signal to go from the location of the antenna. The electrons in the electric current become agitated and start moving back and forth to create invisible electromagnetic radiation in the form of radio waves.

These waves then travel at the speed of light to the receiving antenna. This in turn converts the radio waves back into electric current. The sound energy is then decoded from this electric current to grace your ears with the sound of radio music!

If you see modern transistor radios, they usually have two different antennae. One antenna is coiled inside of it, while the other is extended externally. Why do we need two separate antennae in the first place?

This is because radio is usually emitted in two frequencies. One is the frequency for AM radio (Amplitude Modulation) and the other is the more popular FM Radio (Frequency Modulation). The main distinction between the two is that FM radio waves travel a short distance, but at a much higher frequency (around 85- 100 MHz), while AM radio utilizes waves that travel a greater distance at a much lower frequency (around 1000 kHz). Therefore, FM signals have freqencies that are 10 times greater than their AM counterparts! 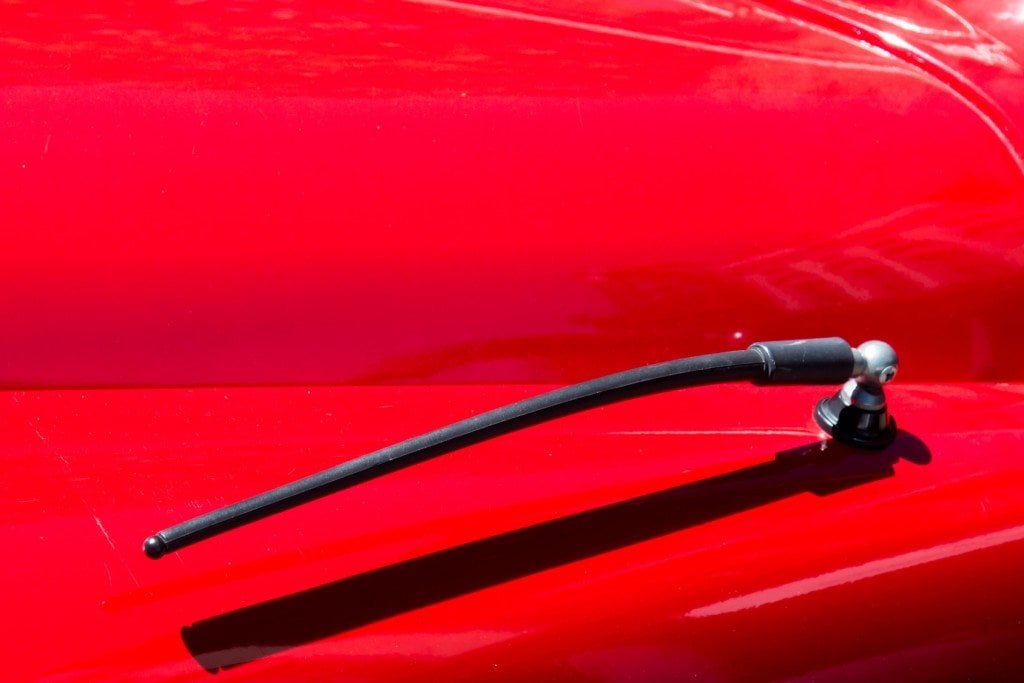 Even a car requires an antenna for its radio
Credit: Karagrubis/ Fotolia

A single antenna cannot pick up both of these highly different frequencies. It is the frequency of the radio wave that determines the length of the antenna. Basically, a greater wavelength means a longer antenna. For example, to catch an FM signal, you need an antenna that is roughly 90 cm in length.

Unfortunately, modern phones simply don’t have room to integrate antennae inside them. They do, however, have a more interesting option in the form of headphones. You see, headphones act as the perfect antenna! Headphones are insulated metal wires with a coil surrounding a magnet at one end and a thick metal jack at the other. It works as an antenna by picking up the energy in a radio wave, and then supplying it to a tuner. Moreover, they are usually more than 90 cm in length – an ideal scenario for pickin up FM signals! 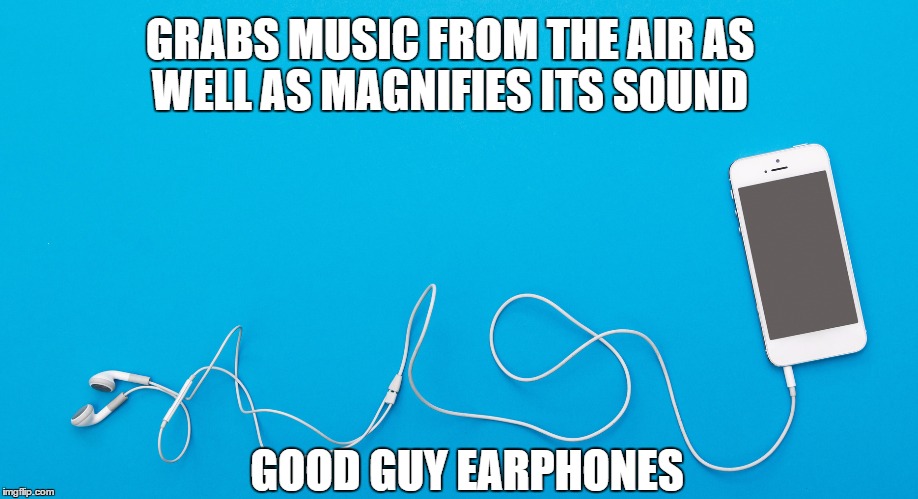 All we need is a simple metal wire to do the trick, which is why you can listen to the radio even when you connect the phone to external speakers with an ordinary USB cord! Therefore, in reality, you don’t necessarily need the headphones to play FM radio on your cell phones.

However, with the current level of technology, is it not possible to have an internal antenna instead of relying on headphones? To be honest, the technology does exist. There are several phones that give you the option of listening to FM radio without the headphones, but most phone companies opt out of it.

Think about it. There is a good chance that you’re using headphones while listening to any kind of music from your cell phone, considering how most phones don’t possess speakers of the same caliber as that of superior external sound systems. Even if you aren’t in the habit of using headphones, the phone company is offering you that alternative for free by incorporating headphones as a part of the package whenever you buy a new cell phone.

Including built-in antennae would only contribute to the weight of the phone, making them unattractive and bulkier. Instead, it is universally acknowledged that it simply makes more sense to depend on our headphones to act as the antennae for our FM radio needs. It’s not as though you would ever want to blast your favorite guilty pleasure songs on full volume in front of the unsuspecting public anyway!

How much do you know about FM radio?