Most scholars believe that language began around 100,000 BC, a time period in which humans were still developing modern human skulls and vocal tracts. This language is called the Proto-Human Language. Technically, this is the oldest human language, but it is extremely difficult to construct this language, as there seem to be no traces of it anywhere.

What makes us considerably more intelligent than all the other persisting life forms on planet Earth? Most scholars would point out the fact that we can communicate with one another as what really sets us apart. Sure, animals can signal to each other, but none of them can speak to one another about metaphysics or their individual futures. Only humans seem to possess that level of intelligence. Linguists claim that the dawn of humanity itself could only have begun with an abstract conversation. 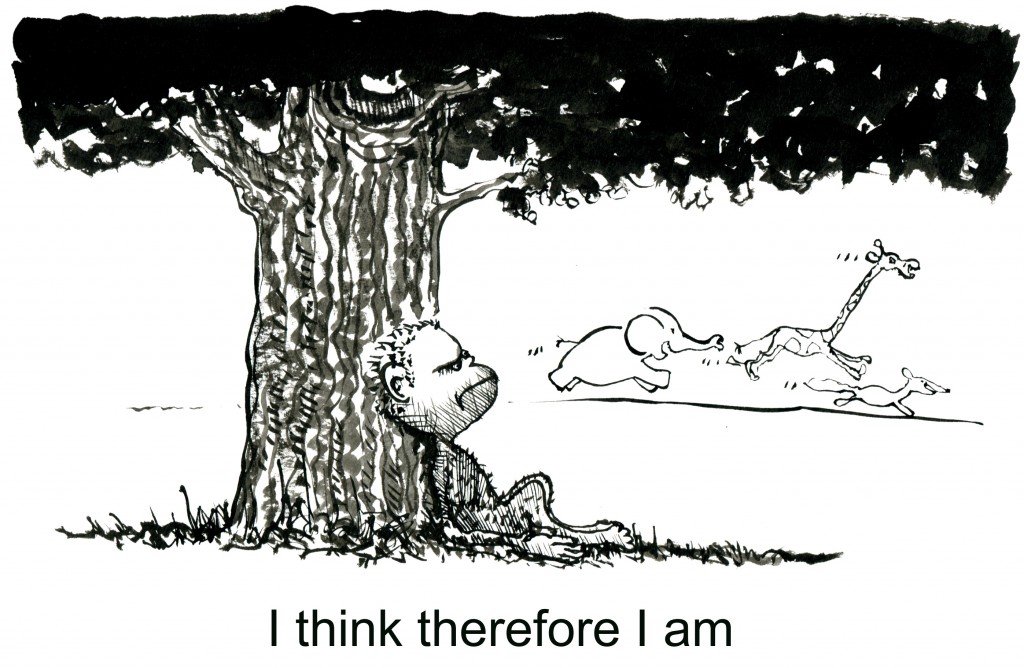 Most of these linguists believe that language began around 100,000 BC, a time period in which humans were still developing modern human skulls and vocal tracts. This language is called the Proto-Human Language. Technically, this is the oldest human language, but it is extremely difficult to construct this language, as there seem to be no traces of it anywhere. For the sake of a “proven” argument, we shall not be discussing this language in particular.

Instead, what we are discussing here is one particular branch of languages that went on to include speakers from all across the world. This branch of languages is called the Indo-European language family. Most people today can speak at least one language from this family. It includes a wide range of languages, including English, German, Farsi, Hindi, Afrikaans, and many others. Strangely enough, these languages can be traced back to one specific ancient language. 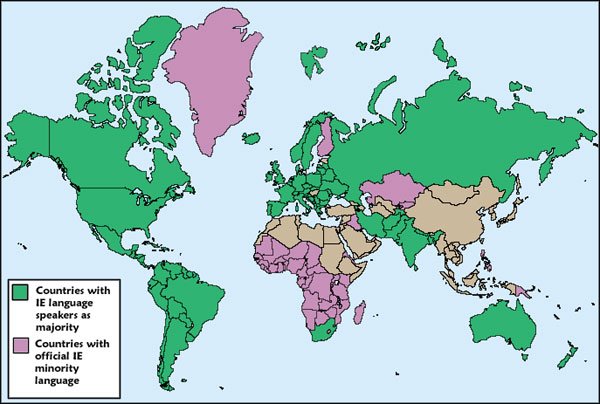 Note: There are many other languages outside the Indo-European family, such as those in the Dravidian family and the Afroasiatic family. They, too, each have their own ancestors, which are also extremely ancient. However, again, the research is lacking in comparison. In this article, we will only be concentrating on the Indo-European family of languages. However, if we were to consider the oldest language that is still in use, then the answer would probably be Tamil. Rather than claiming that it is the oldest language, it might be more accurate to state that it is the language that has been the most resistant to change for the longest period of time.

Note 2: What must be understood is that asking the question ‘Which is the oldest language’ is quite complex in and of itself. The evolution of language is highly complex and interconnected, and the study of historical linguistics hardly ever has any solid evidence to back it up. There are languages older than even the Indo-European family, called the Nostratic family of languages. These languages connect the IE family with the other language families. However, can these languages even be called ‘languages’ if we know practically nothing about them? This is a question I will leave for the readers to decide.

Yes, yes, I am getting to the point. Promise.

When the early Orientalists began studying Sanskrit, they began to see the similar words and similar grammatical patterns between Sanskrit, Ancient Greek and Latin. Obvious patterns began to emerge the more they studied the languages comparatively. These patterns were visible only in the Indo-European regions and some parts of Africa. Languages like Mandarin and Japanese seemed to have arisen from a whole different mother language. Therefore, linguists focused their attention solely on the languages that were spoken in Eurasia. 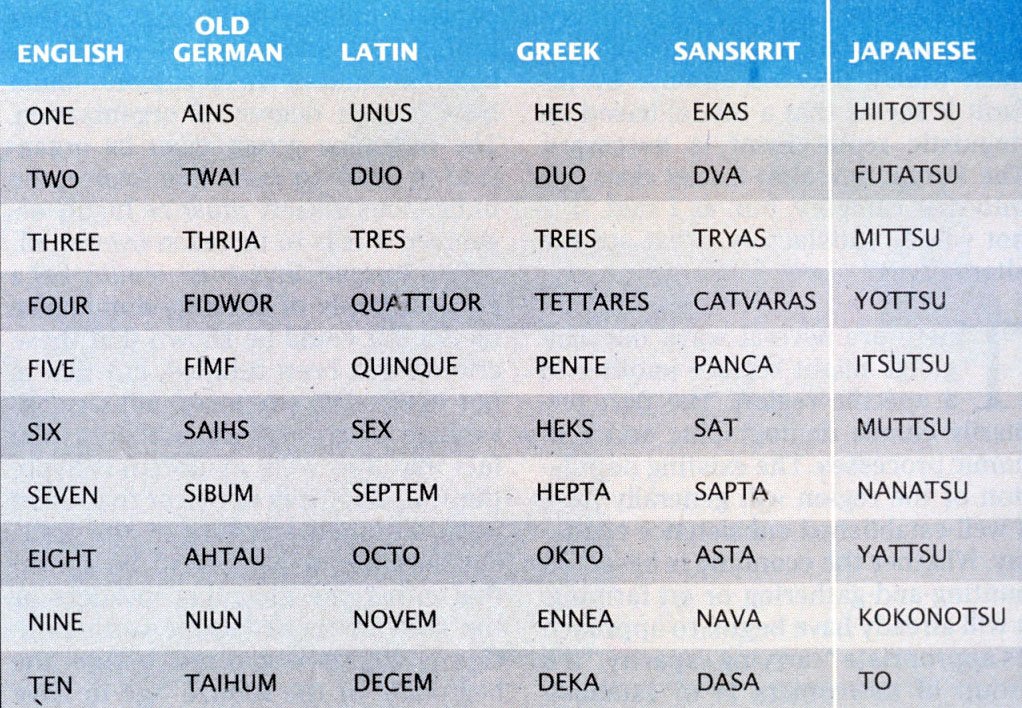 Pick the odd man out

Linguists started building a vocabulary of words that were similar in all the ancient Indo-European languages. They did this because they figured that if there were so many similarities between these languages, there must have been an ancestral language that was spread throughout Eurasia to result in its numerous contemporary forms. They called this ancestral language Proto Indo-European Language (PIE). Theoretically, it was spoken during the time period between 4500 BC and 2500 BC. The source of this language, however, is hotly debated amongst scholars. The long-standing belief is that it began somewhere on the Eurasian steppes 6500 years ago, and then spread to the surrounding areas. This theory has been contradicted by a new theory that suggests that PIE was spoken several thousand years earlier in Turkey. 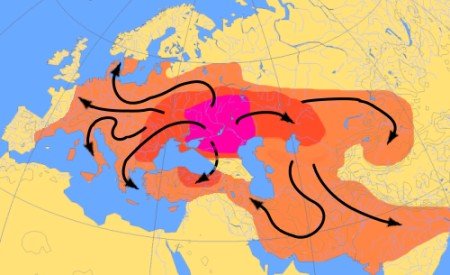 The eventual spread of Indo-European languages

The Sheep And The Horses

In 1868, German linguist Dr. August Schleicher first wrote a written sample for this language. He first wrote a parable called ‘The Sheep And The Horses’ and then translated it into PIE to experiment with its vocabulary.

Here is the passage translated in English:

‘A sheep that had no wool saw horses, one of them pulling a heavy wagon, one carrying a big load, and one carrying a man quickly. The sheep said to the horses: “My heart pains me, seeing a man driving horses.” The horses said: “Listen, sheep, our hearts pain us when we see this: a man, the master, makes the wool of the sheep into a warm garment for himself. And the sheep has no wool.” Having heard this, the sheep fled into the plain.’

Pronunciations were derived and long researched for years, but it wasn’t until recently that somebody attempted to read this passage out loud. Linguist Dr. Andrew Byrd, a professor at University of Kentucky recently recorded himself reading this passage, building upon three centuries worth of research on this fascinating topic.

Isn’t that incredibly cool? The fact that none of us have ever heard a word of this language, nor have we ever found any written records of it? Yet, through 300 years of persistent research, we can now hear what our ancestors might have sounded like. This simple 45-second audio file is probably one of linguistics’ finest achievements, if not all of humanity’s!

Final Note: If any of you are interested in learning how to accurately pronounce Proto Indo-European language, then this YouTube video might be exactly what you’re looking for. In this video, YouTuber Xidnaf attempts to read an ancient Sanskrit passage in PIE. Many of these pronunciations, which might be difficult for native English speakers, are perfect for people who speak Hindi or any other North Indian languages.