Laser beams are concentrated light that is used in many different ways. In movies, they are used for exciting dogfights, but in real life they are used for things like surgery and telecommunications. The way to see a laser beam is if it is scattered by particles in the air. The wavelength and intensity of the beam, as well as the amount of particulate matter in the air, all affect whether or not a person can see the beam.

We’ve all seen enough sci-fi films over the years to see a few key similarities – massive futuristic ships, alien species and, of course, enough laser-beam shootouts to criss-cross the galaxy. Obviously, this incredible visual tool makes those interplanetary dogfights all the more thrilling, with their bursting flashes of green, blue and red.

However, these scenes do raise a very important questions… is that really what a laser beam looks like? More importantly, can we see them in real life, just like we do in the movies?

Before we unpack that rather loaded question, we should explain what a laser beam actually is…

The Science of a Laser Beam

Now, to create a laser beam, you need to energize a group of atoms, which causes them to elevate into an excited state. At this point, the excited atoms will give off photons, and that “light” will move in a certain direction. This first photon will help to excite other particles, causing more of a release, and those photons will also move in the same direction, creating a cascade. Now, from a normal light source, these photons would quickly be scattered and diffused, like when you flip a light switch; the light spreads equally over the lit space. 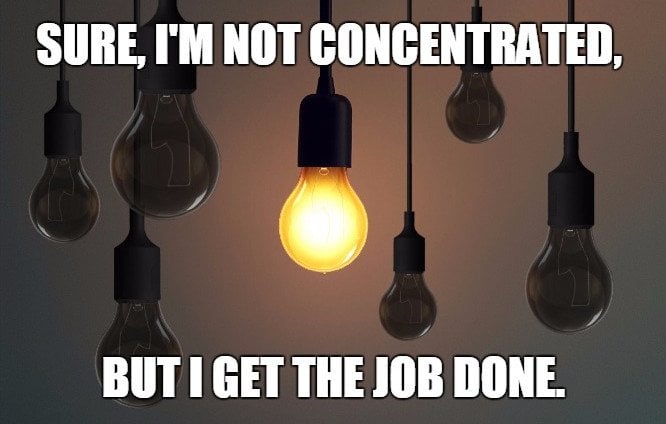 When you are trying to create a laser beam, however, you can catch those photons between two mirrors, where the light will continue bouncing back and forth, exciting even more particles and releasing even more photons that have the same wavelength and phase. This manipulation of those energized atoms, concentrating them into a very narrow space and forcing the subsequent photons to move in a uniform direction, essentially creates a laser beam.

Depending on the strength and wavelength of this electromagnetic beam, lasers are used for hundreds of different modern applications. This form of concentrated light can be extremely powerful – even strong enough to cut through solid steel! However, your interactions with laser beams are probably quite a bit more mild, such as the lasers found in DVD players, QC code readers, surgical equipment and daily telecommunications via television and the Internet.

In many of those practical uses for lasers, they wouldn’t be exposed for the naked eye to see, but if they were, would we even be able to see them? After all, we can’t see X-rays, infrared or ultraviolet light without special equipment… why would laser beams composed of the same radiation be any different?

Laser Beams: To See or Not to See?

As mentioned above, laser beams are concentrated forms of electromagnetic radiation that excites photons and generates an energetic stream. Laser beams are also very different from normal light, in that they are monochromatic (one wavelength of light will be generated), organized (meaning the photons move in a united front, with coordinated waves) and unidirectional (meaning it is focused and strong, rather than weak and diffuse). 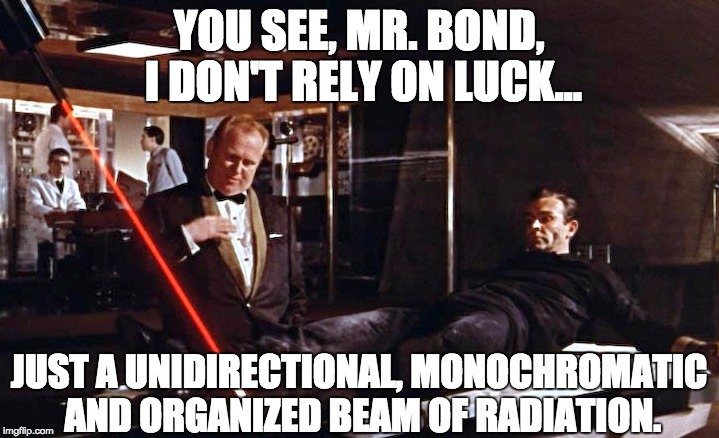 There are three other factors that affect whether or not a laser beam can be seen – the beam’s intensity, the beam’s wavelength and the amount of particulate matter in the air. To “see” a light, it needs to actually reach your eye, but due to the unidirectional and controlled nature of a laser beam, it should theoretically be invisible. The only way it can reach our eye is if that concentrated light is scattered somehow, and refracted to our eyes. A laser beam can be scattered by any particle in its path, including the particles already present in the air. Atoms and other molecules are present all around us in our atmosphere, but there are also larger particles, such as dust.

This is where these three factors come into play; the intensity and wavelength of the light, combined with particles in the air. Light can scatter as a result of air molecules based on Rayleigh scattering, which is inversely proportional to wavelength, meaning that it is easier to see green and blue wavelength light (as these are smaller wavelengths than red). The greater the intensity of the beam, the more light there is to scatter through the molecules of the air, making it easier to see.

Imagine the last time you were in a crowded nightclub and the laser lights were going wild, cutting through the smoke and haze of the room like any respectable space battle. That extra particulate matter scatters light much more readily, so those smoke machines are largely responsible for why so many people assume that laser beams can always be seen. Interestingly enough, the human eye’s ability to see peaks around the green wavelength, so even though that is a higher wavelength than blue light, it may be easier to spot a green laser.

Now, to return to the most classic example – a huge Star Destroyer blowing holes in other spaceships in your favorite Star Wars film. In that scenario, laser beams would be completely invisible, as there is no atmosphere in space, so there are not particles that can scatter the light. That being said, those battle scenes wouldn’t be nearly as exciting with a bunch of invisible lasers, so filmmakers have had to make a few alterations to reality to keep us coming back to the movies!